Like Ellen Degeneres, Dumbo and Muhammed Ali before her, Maura Higgins has now been subjected to a public misnaming. But, was the incident accidental? 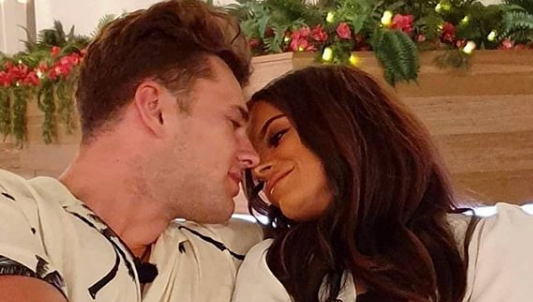 Sunday night in the villa saw the remaining Islanders' parents or guardians join their children for a brief moment, as is customary on the villa's penultimate night.

One of the first parenting groups to enter was that of Longford-born Maura Higgins and Dancing With The Stars Ireland choreographer Curtis Pritchard.

The Pritchard parents, who are no strangers to fame – given that their darling boys foxtrot for the nation every Saturday night – managed to gain a lot of airtime, mostly because of Debi's repeated and peculiar undertaking of Maura's name.

Her faux pas saw her consistently mispronounce the 28-year-old's name – something Garraway found hurtful and insulting.

"Do you think she really didn't know Maura's name or do you think it's that subtle thing where you try to slightly undermine someone?" she said.

"There's that great Friends episode where they are constantly mispronouncing the girlfriend's name to undermine them."

Ben Shephard tried to stand up for the dancer's mum, claiming she's just got the wrong name stuck in her head.

Trending today: The Truth About The Controversial Abortion Method Featured In OITNB

The phenomenon of misnaming has long been associated with discriminative undertones – especially in recent years as right-wing extremists gain power. However, the act is, quite obviously, not always maliciously-minded.

It can be found in 1930’s radio shows, the Bible (the goddess Astarte is referred to as "Ashtoreth". The latter notably more resembles the word "bosheth" meaning abomination), and in real life like when Jerry Falwell called Ellen DeGeneres “Ellen Degenerate” following her coming out announcement.

New York City has a regulation which likely allows fines for malicious misnaming and mispronouncing of people by their employer or landlord. The endeavour was so common – especially among the transgender community – that the progressive state essentially created a new form of legislation to protect those affected.

A study conducted in 2016 by Duke University finds that misnaming those close to us is a "widespread phenomenon" and that it tends to involve conflating two individuals within the same semantic category—meaning that we'll confuse our siblings for other siblings, friends for other friends, and romantic partners for other romantic partners.

Although when misnaming arises in situations where both people don't know each other – like Debi Pritchard and Maura – the reaction to the utterance of an incorrect name is arguably more telling than the act itself.

In this case, we were never shown Maura's response to the incorrect utterances. So, we'll leave it up to you – do you think it was a disrespectful act or a common blunder?

READ MORE: "There's Nothing Wrong With An Age Gap" - Does Caroline Flack Have A Point?