Why Do We Care So Much If Our Friends Don't Like Our Other Halves?

We've seen it first hand on Love Island The Reunion – but, was Anton Danyluk's reaction noble or overplayed?
by Kate Demolder 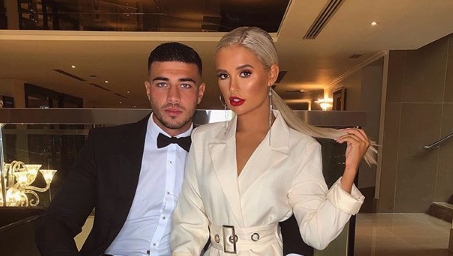 Anton might make a dramatic u-turn in terms of his relationship with Belle due to tabloid claims that his best friend disapproves of her. But, should it really matter if your friends don't like your other half?

In the early days, when as little as a furrowed brow is tantamount to a veto, how do you wield that power responsibly? And if things sour further down the line, when and how do you navigate involvement?

Some two weeks ago on Love Island, contestants were subjected to the limitless boundaries of a game more commonly known as 'The Headlines One'.

The annual rigmarole sees the show's cast gather around The Sidebar of Shame for two chosen contestants to reveal headlines written about them in the outside world. To succeed, they must guess correctly whose names are blanked out of aforementioned headlines and acting as in subjective and objective terms.

It's worth noting that the show's cast has no access to the outside world while filming, meaning that Islanders have to grasp both that their celebrity is growing and that subsequently, people are slating them in one fell swoop.

Anton Danyluk – the Scottish contestant famed for his niche hair removal techniques and mouth spray overreliance – fared particularly badly in the challenge when it was revealed that his 'best friend' has questioned his partner Belle's authenticity.

So entrusting he is in his friend that, instantaneously, the 24-year-old's confidence was visibly shattered – kickstarting a paranoia that he has been blind to a potential venom spotted by others.

The dependency we have in our friends' opinions is valid and important. The act of falling in love (known as ‘limerence’) is so potent a drug that brain chemicals released during the process have been found to mimic that of addiction.

Crucially, in the first flush, we turn off the part of our brain that sees fault, which is why we’re able to so easily explain away behavioural inconsistencies when smitten.

The trouble is, that close friends – be they 18 or 80 – are very often navigating their own emotional bypasses meaning that it's often difficult to helm where friendly concern ends and foreign insecurities begin.

Another thing is to consider is the jealousy aspect – do they dislike the person or how much you're talking about them? The fear of playing second fiddle to someone your best friend barely knows is a real one – especially for those of us harbouring deep and personal insecurities.

Denial coming from the person in the relationship is something to consider, too.

We saw this again when Anton was confronted about his apparent dislike of Molly-Mae (of which he is entitled to) which led boyfriend Tommy to sidle with his other half and brandish the Scot as "childish".

Prioritising friends over love interests is something that we are taught while still in our formative years – something that, when not honoured, falls into the realms of friendship blasphemy.

It's a narrative we've heard time and time again in pop culture – from Spice Girls' 'If You Wanna Be My Lover' to Parks And Recreation's "Ovaries before brovaries" to Sex And The City's repeated tropes about all-female friendships.

In an increasingly hostile, high-stakes dating pool, investing your loving energy into friendships rather than a potential fuckboy seems like a better return on investment. However, knowing someone as intimately as a best friend doesn't always translate to other relationships.

What may seem like a bulletproof testimony to friendship may come with updated caveats as time chimes on.

In 2015, US researchers studied the ways young adult women approached relationships. They found that discussing relationship issues with a friend rather than your partner "may only exacerbate relationship problems and contribute to romantic instability."

Unsurprisingly, communication is paramount and discussing intimate details with someone not involved can wield dramatic results.

So, while the mantras of our noughties counterparts weren't necessarily wrong – perhaps, like so many tenets of creeds screamed from the gullet of Mel B, they should be tailored delicately.

Pitting sides against one another is always to be avoided and empathy is key.

And, if that doesn't work, think of how many times you've made an idiotic first impression and then count to three.

READ MORE: An Irish Woman Has Won A Huge 'Women In Tech' Award In Australia