Just As Things Were Starting To Get Better...Mercury Is In Retrograde 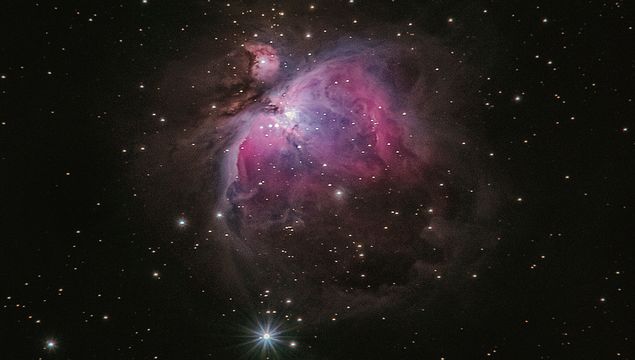 Sure, it started out fun: Parasite won big at The Oscars, Bernie Sanders entered the presidential race in a bid to save America and Harry Styles was going on tour. It was shaping up to be quite the year...and then COVID-19 happened.

Suddenly, countries all across the world went into lockdown, millions died and life as we knew it was over. But after four painfully long months, things started to get better - at least for Ireland it did. There have been no new deaths and "almost zero" new cases; lockdown restrictions have started to ease; McDonald's, Penneys and IKEA have all officially re-opened and we're finally allowed to see our loved ones again - so long as it's in groups no larger than four and from 2m apart.

Yes, things were starting to get better and then the second Mercury Retrograde of the year begins.

TRENDING TODAY: How To Hide Your At-Home Hair Mistakes From Your Hairdresser Come June 29

For the uninitiated, Mercury retrograde happens every few months, like clockwork when Mercury appears to move backwards on its elliptical orbit for a period of approximately three weeks. It's this period that astrologers refer to as a "retrograde" — and in astrology, when a planet retrogrades, all the parts of our lives that the planets govern turn upside down until the planets go direct again (or start moving forward). This basically screws with the celestial balance that ~ rules us all ~ and makes all the signs go crazy (except maybe not Virgo. Virgos usually keep their head). In astrology, Mercury rules communication, technology, travel and timing, so when it retrogrades, prepare for these areas to get a little messed up. Think exes in your DMs, cracked iPhone screens and your car breaking down. It's not meant to ruin our lives (although sometimes it has that effect) — it's simply meant to help us slow down and take some time to reflect upon, review, and revise our current paths. Basically, life’s getting a little chaotic now so that you can figure out what’s not working and make life way less hectic in the future.

This time around, Mercury is in the sign of Cancer - and it'll stay there throughout the retrograde meaning that this particular Mercury Retrograde is picking up Cancerian vibes. So prepare to feel extra emotional and to be unable to focus on anything other than your past, your upbringing and how both affect the person you are now. Sound fun, right?

What's more, this mercury retrograde will feature several 'eclipse points' which basically reactivates eclipses that have taken place over the past few years. June 12, 2018; January 5, 2019; July 2, 2019; July 16, 2019; December 26, 2019; and January 10, 2020 - to be more specific. Any major events, life changes, or new relationships that occurred on or around any of these dates will be a huge part of your own personal Mercury Retrograde narrative over the next few weeks.

The bottom line? Yes, Mercury in retrograde is going to leave you feeling all kinds of confused, stressed and generally just gross. Anything that could go wrong, will. As much as you might want to leave the past in the past, these next few weeks will have you reflecting on circumstances that happened long ago, learning how to remove emotional blockages. It’s hard work, but by the time the retrograde is over on July 12, you’ll feel refreshed, lighthearted, and more stable.

Whatever happens, don’t freak out that Mercury is going retrograde. It happens, and the world keeps on turning.

You'll be okay. Just don't forget to back up your phone.

READ MORE: Move Over Co-Star, This Is Where You Really Should Be Reading Your Horoscope