The One Show On Netflix Everyone Should Watch This Weekend

Emmy-winning director Lana Wilson, spent months with the world's biggest pop star, peeling back Swift's layers and humanising her in a way that goes far beyond what's required or expected of a music documentary.
Irish Tatler Staff 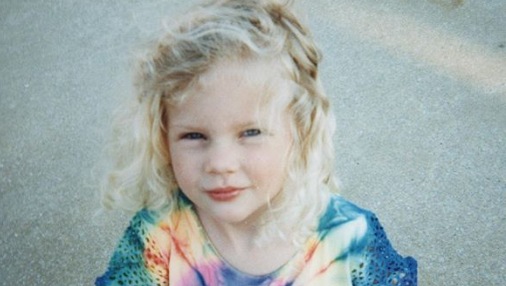 Taylor Swift hasn't attended the Grammy's since 2016 when upon earning her second Album of The Year Award, she not-so-subtly addressed her on-again, off-again rival Kanye West.

The night saw her claim back the narrative which had been twisted unfavourably towards her since West's infamous "I'mma let you finish" and "I made that bitch famous" lines.

Today, awards loom large in Taylor Swift: Miss Americana, the much-anticipated documentary (which premiered last week at Sundance and hits Netflix internationally on Friday, 31 January) that traces her life in the years that followed.

Miss Americana definitely hits the intimacy mark, acting as both a deep-dive into a pop star’s life and a probing look at what it’s like to be a woman. In it, Swift emerges from a period of exile to grapple with her people-pleasing needs, experience with sexual assault, and an eating disorder.

In it, we also learn more about her political leanings and get an intimate look at her recording process while creating Lover.

“My entire moral code is a need to be thought of as good,” Swift says early on in Miss Americana.

Her entire career, she explains, has been a quest for public approval. This punctuated the impetus that transformed her from country-styling fawn to pop-defining stag and the reason she stayed out of politics through most of the decade.

Swift is now telling her side of the story, and not all of it is pretty.

Her lasting memory of the infamous interruption at the 2009 VMAs is not Kanye jumping on the stage to say Beyoncé deserved her award. It’s the sound of the audience booing, she thought, for her. She takes hard hits, and she hits back harder.

She’s informed that Reputation wasn’t nominated in any major categories for the 2018 Grammys and, without missing a beat, says, “That’s fine; I need to make a better record.”

Lana Wilson directs the piece, which may seem like an unorthodox choice, given that her past work includes After Tiller, a documentary on the only four doctors in the country who perform late-term abortions, and The Departure, which examines Japan’s suicide epidemic — but, Wilson’s work allegedly resonated with the star, particularly at the time they met.

This is perhaps due to her fervent feminist takes; “I always have a male production assistant because I feel like it’s important to show that men can get coffee for women,” Wilson told Rolling Stone.

Although the doc covers an array of sensitive and jagged topics, it isn't all trauma.

Wilson got the unique opportunity to join Swift in the studio during the recording of Lover. “No one had ever filmed with her in the studio before,” she says. “I think you could see in the movie, it’s like her happy place and she’s so in the zone. It’s amazing to watch her work.”

READ MORE: The Ways In Which Copenhagen Fashion Week Is Becoming More Planet-Conscious