An Interview With Kate Elizabeth Russell, The Author Of 2020's Most Explosive Book 'My Dark Vanessa'

Explosive, uncomfortable and thought-provoking, My Dark Vanessa is two decades in the making – and wholly worth the wait. 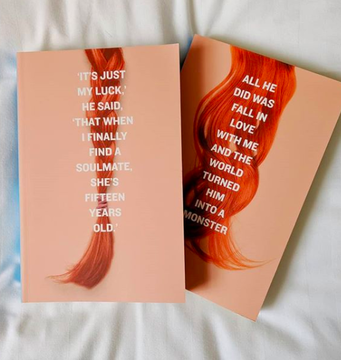 It takes a compelling author to pen a fictitious piece of work that could be ripped straight from reality.

Seamlessly blurring the boundaries of fabrication and fact, Kate Elizabeth Russell’s much-hyped debut novel My Dark Vanessa – hailed as Lolita for the #MeToo generation – is, admittedly, a tough read.

In the book, 15-year-old titular character Vanessa Wye is a bookish outsider attending a new boarding school at which Jacob Strane teaches.

The 42-year-old English teacher plays the role of lover-cum-predator, shielding his desires by way of pseudo-romance.

Wye becomes flattered by the attention – Strane lends her books and compliments her attempts at poetry – and finds herself drawn to his office in the evenings and his home at weekends.

It is here where their relationship becomes physical.

The book pivots between her old life and her new state, as a self-loathing 32-year-old who works as a hotel receptionist by day, and has sex with men she doesn't care about at night.

The novel reaches a crescendo when older Vanessa, still harbouring feelings for her old teacher, is accused of sexual abuse by another former student.

Strane, who denies the allegations, leans on Vanessa for support. Meanwhile, she, as narrator, remains willfully blinkered about their former life, still regarding it as a great love affair rather than statutory rape. 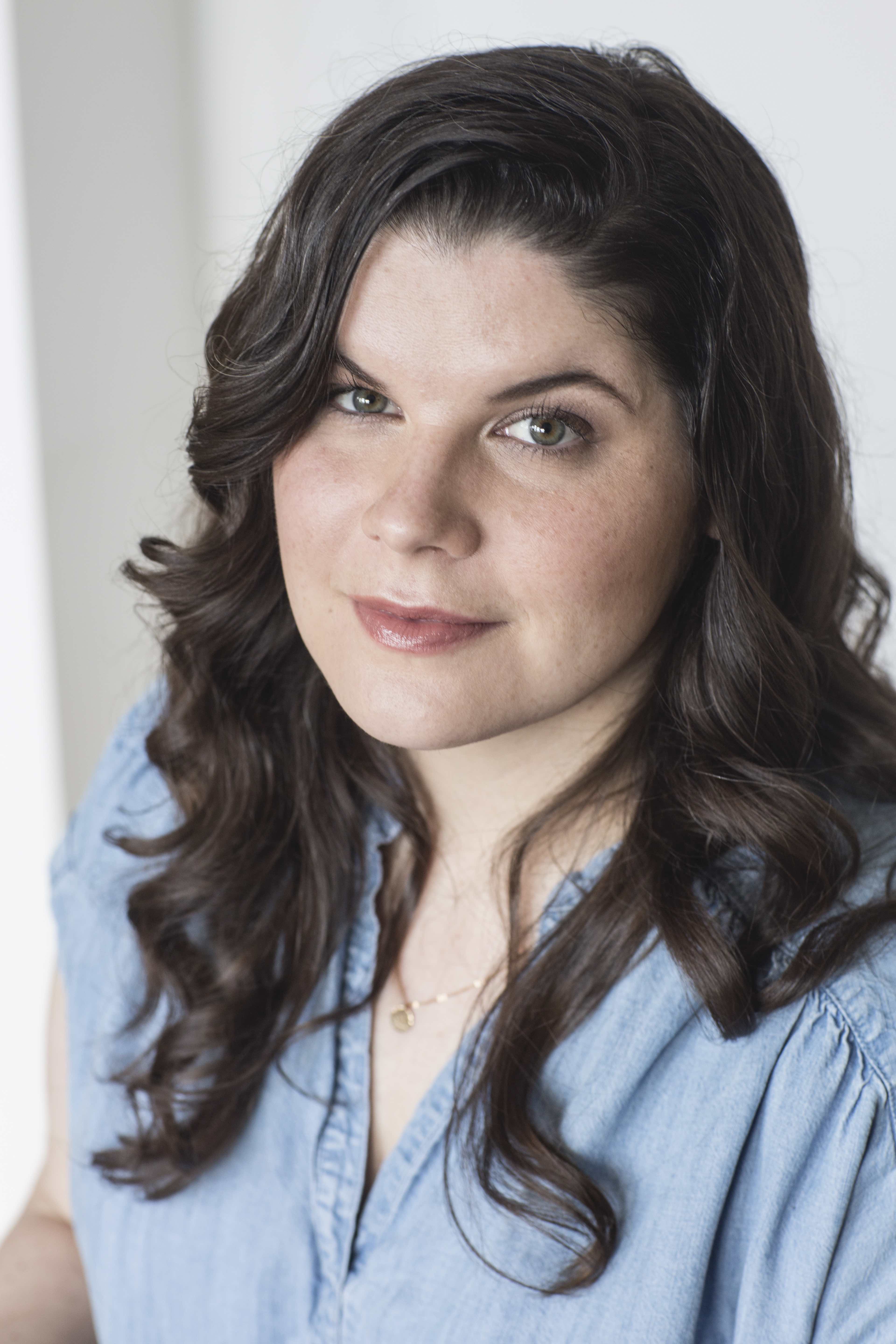 “I was the first student who put the thought in his head,” she grapples with, parroting Strane’s words.

“There was something about me that made it worth the risk. I had an allure that drew him in.”

Her account of their relationship flips disconcertingly between the automated patter of a cult victim with flashes of astute insight (though #MeToo isn’t referenced directly, Vanessa’s adult life plays out against a reactive wave of sexual abuse accusations).

Might Russell have consciously played devil's advocate to put forward the belief of modern thinking when it comes to young women?

"I started working with these characters when I was 16, so I started writing this from the perspective of a teenage girl almost subconsciously. Given that, it would've seemed bizarre to me if the protagonist wasn't a complex human being.

"As I kept working on it and others read drafts (the process of which took two decades) I started coming up against this idea of this character being unrelatable or unlikable or not making sense and I ended up internalising the idea that a teenage girl couldn't carry this story or that it needed other points of view to be serious.

"It wasn't until I hit my 30th birthday that I said 'I don't care' and wrote it from Vanessa's point of view."

After all, our society has a hard time viewing teenage girls as children, or even human beings.

We utilise them when needed – to sell anti-ageing creams and aggressive shapewear – yet put them on pedestals only to knock them down, casting them in the roles of virgin or fille de joie.

The most dangerous creature of them all we cast upon them is that of the temptress. The nymphet, the femme fatale, the siren who will lead any good man to ruin, a common archetype threaded throughout art, music and literature.

"You read in the book that Vanessa in college is drawn to these kinds of stories, the ones that centred around adolescent girls and sexuality, and I did that because that was me. And during that, I kept going back to Britney Spears." 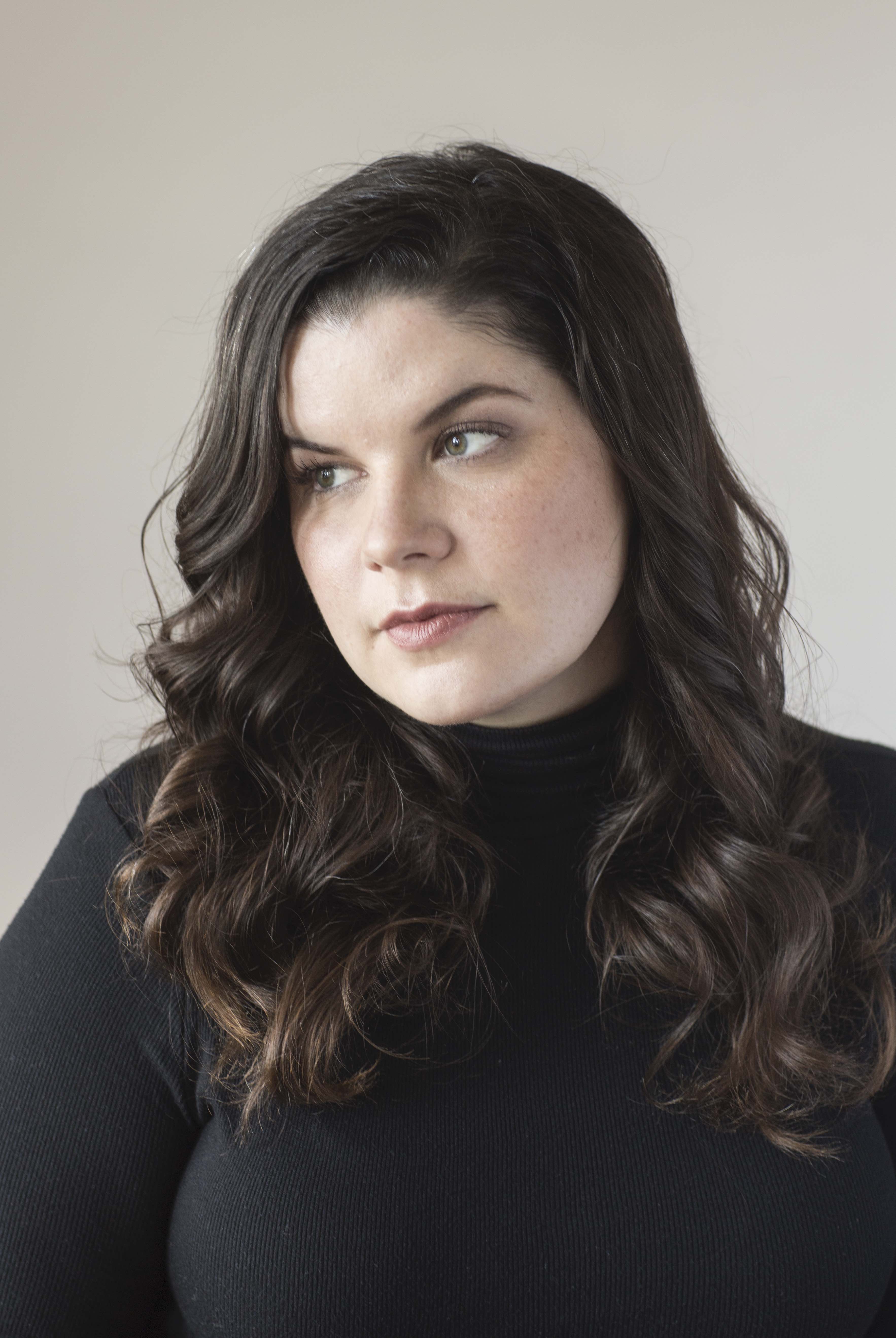 "The nineties and early aughts played around with the old trope of teen seductress so much and my process involved me looking at that time with a critical eye, which is not easily done when you grew up during that time.

"I also spent a lot of time reading a lot about trauma theory during my doctorate and that was truly vital in the writing process. Especially reading up about the symptoms of prolonged trauma and what that can do to one's memory, that was so important in getting Vanessa's character right."

To the reader, Strane's behaviour is textbook in its precision. He begins by purporting to Vanessa that he sees her as a person, not a student.

He compliments her style (“It seems strange for a middle-aged man to notice girl clothes,” she observes) and puts his hand over hers while she’s struggling in computer class.

She remains wholly unexceptional in the sense that she portrays that of a conventional 15-year-old girl. She speaks like a teenager. (telling Strane she thought “that we might, I don’t know, kiss or something,” and when they do, her immediate reaction is to observe “how weird it is that he has a tongue”) but accepts this romantic relationship as her foray into womanhood.

She steals a black silk négligée from her mother’s underwear drawer to wear for their first night together and discusses literature with him in an effort to cleanse her teenage palate.

However, what's glaringly obvious to the reader is how Strane wants Vanessa to remain a child. When she sneaks out of school to spend the night with him, he stocks his kitchen with crisps, ice cream and Cherry Coke. He gifts her with girls cotton pyjamas with a strawberry print.

Ritualistically, he escalates his advances.

He compares her hair to maple leaves. He gives her books of poetry to fawn over – knowing this speaks to her desire to be a woman – telling her that a particularly charged poem by Sylvia Plath reminds him of her. He gives her Lolita.

“I start to realise,” Vanessa thinks, “the point isn’t really whether I like the books; it’s more about him giving me different lenses to see myself through.”

Perceiving her appreciation of the written word, he asks her whether she meant to “sound sexy” in a poem she wrote.

“I think we’re very similar, Nessa,” he tells her, appropriating a family nickname he learned at a parent-teacher conference. “I can tell from the way you write that you’re a dark romantic like me. You like dark things.”

When asked did she set out to create a Gen-Z version of the controversial Nabokov novel that critics can't seem to help but compare her story to, Kate's answer is as complicated as the narrative she penned.

"I always felt like I was always in conversation with Lolita when writing," she says.

"But I think of the book that I wrote of being more in conversation with the conversational archetype Nabokov portrays.

"I wrote this story first when I was 16 and since then, I feel like I wrote it half a dozen times over –– from different points of view to setting changes with also a fair amount of plot changes, but it never felt finished. Then when I undertook a doctorate programme, I eventually used it for my thesis and it felt more complete than it ever had.

"Maybe it was something to do with the time we're in now, but I can't be sure. If I had struck out in terms of agents or something then I would've started it again. But it definitely brought a topical note to it by publishing it now."

The topical note to which Russell is referring is an obvious reference to the post #MeToo world in which we now live. What she wanted to portray with her piece, she mentions, was to show how these things aren't always black and white.

"Don't get me wrong, I definitely blame Strane for what he did," she says.

"I want the reader to see his abuses and manipulations but also to understand why he was so compelling. I get that some readers might see him as a pure villain but I feel like he’s unknowable to me and wanted to show what it is like if you have blinders put up, like Vanessa."

This, in part, became the reason that Russell utilised a flashback technique between chapters.

"It was something that came relatively late in the process, about 2013. I never wanted the reader to get too comfortable. I really liked the idea of having a fully rounded idea of Vanessa in their minds in this giddy trainwreck of a relationship, but also wanted to show the effects of that later in life as a 32-year-old dealing with the dissatisfaction of life."

This – pinpointing the conceptual struggle of love and condemnation – is something Russell does seamlessly.

Strane grooms Vanessa, not with force or extravagant gifts, but with words, therefore perpetuating the narrative that their love is one of a poetic sophistication.

Through Plath, Frost, Poe, Nabokov’s Lolita and Pale Fire (the reference for the title), he coerces Vanessa’s loneliness and compliance into something sinister, a carefully curated narrative of forbidden love, power and sexual insatiability that she will drag with her, well into adulthood.

"I understand how people think the topic is a gendered issue, but it's not. It's about power," she muses.

"Something that I've been asked repeatedly is how men have responded to the book. And what I keep hearing is how they deeply related to Vanessa's story. That they felt blinkered in similar situations. And I find that really humbling." 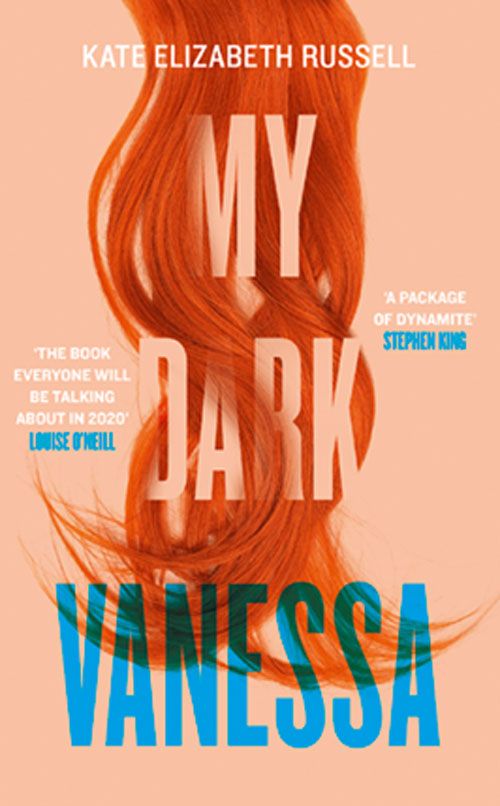 When asked to describe her work in three words, Russell stumbles.

"This is a hard one, but, for me, it's difficult, unsettling and dreamy."

(She's not wrong about difficult, My Dark Vanessa was selected for Oprah Winfrey’s Book Club, and then quickly dropped, with Winfrey seeming to tire of picking books that catalysed debate.)

"Even just from Vanessa's point of view especially, because when she's a teenager she works so hard to romanticise everything. Both versions of her at the forefront of a reader's mind spoke to me, and I wanted to show how situations like this aren't just black and white."

My Dark Vanessa, published by Harper Collins, is available to read now. To listen to the first chapter on SoundCloud read by Grace Gummer click here.

READ MORE: What We're Watching To Cure Our Self-Isolation Boredom