Netflix is Standing up For Abortion Rights 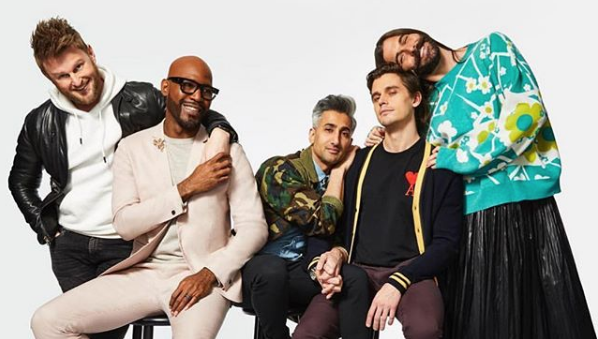 Following a near-total abortion ban in Alabama (a system which is actually less strict than Northern Ireland's draconian legislation), the state of Georgia has followed suit by announcing a similarly controversial anti-abortion bill.

In fact, the streaming service-turned-Hollywood-juggernaut has announced that, should the bill go ahead, they would “rethink their entire investment” in the state.

The “heartbeat bill” and will take effect in January 2020, should it not be deemed unconstitutional in the interim. It has been described as one of the most restrictive abortion laws in the United States, banning the procedure once a doctor can detect a fetal heartbeat, which can be as early as six weeks.

This strong stance is significant because, as was reported in The New York Times earlier this year, Hollywood has spent the last few years investing heavily in the state of Georgia – playfully monikered Y'allywood – due to tax breaks.

BREAKING NEWS: Netflix will 'rethink their entire investment in Georgia' if state's controversial new 'heartbeat' law banning abortions after six weeks is upheld. The region - playfully coined 'Y'allywood' - is responsible for more than 92,100 jobs & nearly $4.6B in total wages.

In the past few years, Netflix has produced a number of its shows such as Stranger Things and Ozark in the state.

“We have many women working on productions in Georgia, whose rights, along with millions of others, will be severely restricted by this law,” said Ted Sarandos, the company’s chief content officer, in a statement to Variety, adding that Netflix would be working “with the ACLU and others to fight [the bill] in court”.

“Given the legislation has not yet been implemented,” he continued, “we’ll continue to film there, while also supporting partners and artists who choose not to. Should it ever come into effect, we’d rethink our entire investment in Georgia.”

Netflix's comments come after both Kristen Wiig and Alyssa Milano stood up to legislative forces threatening to pull funding from the state.

Wiig announced that her upcoming comedy film, Barb and Star Go to Vista Del Mar – which would have reunited the creative team behind her hit film Bridesmaids – would no longer be filming in the state following the signing of the bill.

To @BrianKempGA & Speaker Ralston:
Attached, is an open letter signed by 50 actors against #HB481. On behalf of the undersigned--as people often called to work in GA or those of us contractually bound to work in GA--we hope you'll reconsider signing this bill. #HBIsBadForBusiness pic.twitter.com/DsOmAWYU2x

Milano, also sent a letter to Georgia’s governor Brian Kemp, stating that she would never work in the state again unless the bill was scrapped.

The letter has since been signed by Don Cheadle, Amy Schumer, Alec Baldwin, Ben Stiller, Laverne Cox, Patricia Arquette and many others.

READ MORE: A Quick Fix: Getting Out of Your Notifications Hellscape