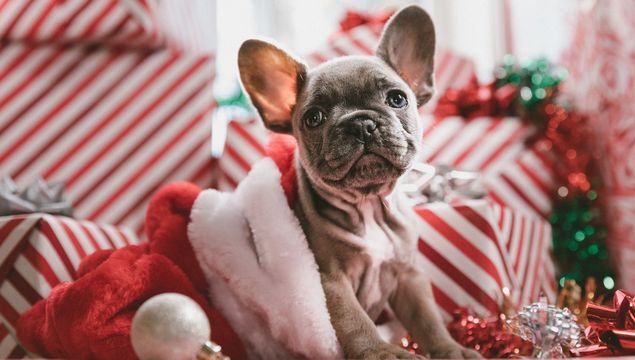 It’s Beginning To Look A Lot Like Christmas...On Netflix

Netflix saw everyone putting on their winter jackets, preparing their Christmas cakes and stocking up on party-sequined everything. Jumping straight into the action, Netflix has released its full slate of original holiday programming to stop you from planning any social obligations from here on.

Unfortunately, despite everyone losing their heads over the news that the Princess Switch is getting a sequel, it won’t be airing till 2020. However, The 2019 lineup includes movies, like the third instalment of the A Christmas Prince franchise, The Royal Baby, as well as TV shows like holiday-themed episodes of The Great British Baking Show and Nailed It!.

TRENDING TODAY: These Are The Best Beauty Advent Calendars To Buy Now

Here, we’ve rounded up all the Netflix original movies and TV shows available to stream this holiday season. So, you know what to do: Bust out your cosiest blanket, a glass of wine and rejoice in all that the season brings.

HOLIDAY IN THE WILD

Holiday in the Wild is a Netflix rom-com that might not be that good, but it will be entertaining. Sex And The City's Kristin Davis joins Rob Lowe as characters who meet on a safari. Lowe plays Derek, the safari pilot, and Davis plays Kate, a recently-jilted divorcé. Together, they rescue and revive a baby elephant, which extends their adventures through Christmas. As Kate falls more in love with Africa, she realizes that's not the only feelings she's developing.

Despicable Me co-creator Sergio Pablos tells the story of a banished postal academy student who finds himself on a frozen, bitter island devoid of joy. It's only when the student meets a local teacher and a recluse carpenter that joy returns to the town, starting a brand new Christmas season. Klaus stars the voices of J.K. Simmons, Jason Schwartzman, Rashida Jones, Joan Cusack, Norm Macdonald, and Will Sasso.

THE KNIGHT BEFORE CHRISTMAS

This might be the Christmas Netflix film we’re most excited about watching this year. A Christmas version of Outlander, it sees cynical science teacher Brooke (Vanessa Hudgens) and a medieval knight, Sir Cole (Josh Whitehouse) come together to fall in love during Christmas. He’s been cursed by a witch and sent to present-day Ohio, she is ‘disillusioned by love’ and together they will have to figure out the whole ‘he’s from the past this isn’t scientifically possible’ thing together. It will make not much sense and we will love it for that.

Santa's missing reindeer prompts the Super Monster gang to band together on a search mission.

The days before and after Christmas are already the most stressful for the Quinn family, but things get more difficult this year when daughter Emmy (Bridgit Mendler) brings home her new boyfriend. Trailer is yet to be released.

A wealthy radio DJ and his family must adjust to a new life when he loses his job. In order to buy a new station, the family has to forgo their lavish spending habits and learn that family is more important than things. Trailer is yet to be released.

A CHRISTMAS PRINCE: THE ROYAL BABY

Aldovia is getting an extra Christmas present this year: a baby! However, the country's happiness is threatened when a lost treaty could result in the reactivation of an ancient curse. Queen Amber (Rose McIver) must find the treaty before midnight on Christmas eve, or the kingdom will never be the same. Trailer is yet to be released.

READ MORE: Zara's Just Had A Party Dress Delivery—These Are The 14 You Should Add To Your Basket