Everything New To Netflix In September

There is so much going on in the world of Netflix this month.
by Kate Demolder 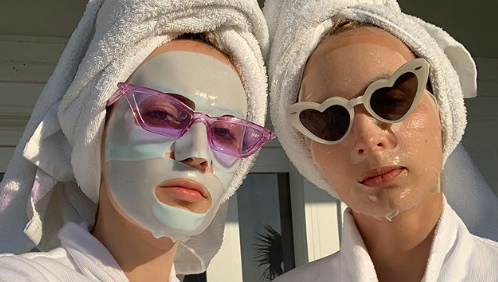 As Autumn arrives, a brand new television schedule does with it.

Netflix is, as per, the cream of the crop when it comes to new releases – with Gwyneth Paltrow’s comedy The Politician, the final season of The Good Place and the eighth-instalment of American Horror Story to look forward to.

Here's what else is in store for anyone keen to reduce socialising and increase screen-based entertainment:

Call Me By Your Name

The Oscar-winning feature film that made Timothée Chalamet famous.

Based on the book of the same name, Call Me by Your Name follows a romantic relationship between 17-year-old Elio Perlman (Timothée Chalamet) and Oliver (Armie Hammer) a 24-year-old graduate-student assistant to Elio’s father (Michael Stuhlbarg), who is an archaeology professor.

Gritty London drama Top Boy will make its return to Netflix with its third season after rapper Drake bought the rights to the show back in 2017.

The new season will pick up after long-term character Dushane (Ashley Walters) returns to London to reclaim his place at the top of the highly-lucrative drug market, teaming up with his longtime partner Sully (Kane Robinson) who has returned to the streets after time in prison. However, new character Jamie (Micheal Ward), a ruthless and powerful gang-leader, is set to get in the way of those plans.

The first two seasons of the hit drama are now available to watch on Netflix (the original series’ were broadcast on UK TV before their conclusion in 2013), so you can catch up on the plot before season three drops later this month. Release Date: 13 September.

The latest instalment in the horror series, directed by Ryan Murphy, focuses on the “end of the world,” as a group of survivors hide underground in a bunker shut off from the outside.

Featuring a crossover with previous American Horror Story seasons Murder House and Coven, we can’t wait to see what the eight series will bring to the show. Release Date: 24 September 2019.

Following a group of 10 strangers who find themselves trapped on an island without any clue of how they got there, The I-Land portrays a world in which morals are everything – and those who fail to change will die their worst selves.

It’s a show full of psychological and physical challenges which will explore the best and worst of humanity: just don’t watch it before bed. Release Date: 12 September.

Lifetime documentary Surviving R Kelly will make its Netflix debut this month, detailing the stories behind a number of allegations of abuse against the singer dating back to 1994.

The series explores the allegations made against R Kelly – which include child pornography, marrying a minor and trapping six women in a sex “cult” – and includes interviews with numerous women who recount their experiences, which R Kelly denies.

Emma Stone narrates this informative journey through the human brain, looking at the science behind everything from why and how we dream to the evolution of anxiety. Release Date: 12 September 2019 on Netflix.

The Spanish language drama Elite is back for season two, and its set to be just as jam-packed with action, romance and mystery as the first season.

Set at the fictional Las Encinas, the best and most exclusive school in Spain where the elite send their children to study, Elite season one saw three working-class teenagers join the school, and explored the aftermath of a murder which shook the whole student body to its core.

After the first season ended with Nano being wrongly charged with murder, season two will explore what happens next as the students of Las Encinas deal with what has happened, as the real killer remains at large. Released on 6 September.

Returning for its fourth and final season is that of The Good Place.

At the end of Season Three, we saw Eleanor forced to pretend to be The Architect after Michael had a mini-breakdown, and Chidi had had his memory wiped, so it’s set to be a drama-packed season. Release date: 27 September.

The Politician is set to be one of the biggest shows of 2019, and not just because of it’s incredible star-studded cast.

The comedy – directed by Ryan Murphy (Glee, American Crime Story, Feud) – follows the story of Payton Hobart (Ben Platt) as he works his way through the school political system in his bid to become Student Body President. Release Date: 27 September.

Unbelievable follows the true story of teenager Marie Adler (Kaitlyn Dever) who faced doubt, suspicion and scepticism when she files a police report claiming that she was raped by a masked intruder in her home. The authorities deem her story 'unbelievable' and Marie recants her report.

While the personal identities of those involved in the case have been fictionalised for the series, the show closely mirrors the real-life events of the investigation, which have also been chronicled in the book Unbelievable. It’s a harrowing and heartbreaking story, previously chronicled in the Pulitzer prize-winning article ‘An Unbelievable Story Of Rape,’ and, if the trailer is anything to go by, the show will be deeply moving.

READ MORE: Why Are We So Obsessed With Scammers?

READ MORE: Is It A Red Flag If You're Not Texting Much At The Beginning Of The Relationship? 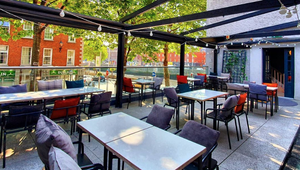 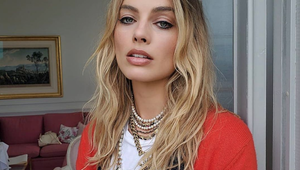