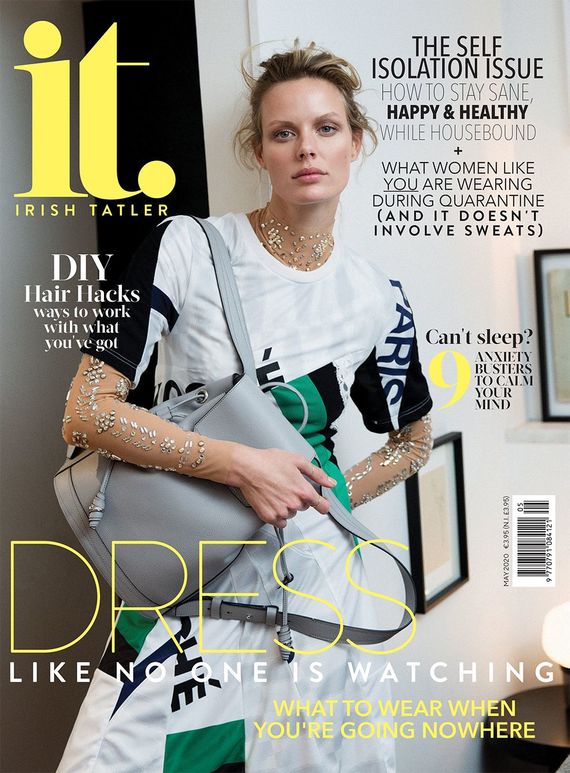 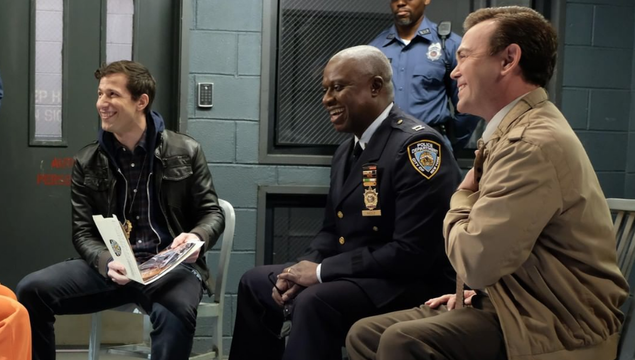 As the news gets grimmer by the day it’s more important than ever to focus on the things that make you happy. Going to the cinema might not be an option at the moment, but you can still go to your happy place at home thanks to Netflix.

If you’re stuck inside over the next few weeks, turn off your phone, put your feet up and enjoy everything new coming to Netflix this weekend – all of which are guaranteed to take your mind off the fact that you’re running out of loo roll.

TRENDING TODAY: How To Combat Daily News-Related Anxieties, According To Psychologists

With the return of Brooklyn Nine Nine, a joyous and exuberant documentary executively produced by Barack Obama and Michelle Obama and even something to keep the kids quiet thanks to Dreamworks with the arrival of Dragons: Rescue Riders: Hunt for the Golden Dragon, Netflix has fully supported our plans of doing absolutely nothing.

Based on the New York Times bestselling memoir of the same name by Deborah Feldman, Unorthodox is a story about a girl who rejects her radicalized upbringing and leaves to start a new life. One part coming of age story, and one part thriller, set in the fun world of Berlin, we watch as a girl discovers all parts of life, of herself and as she follows the dark trails to uncover the dangerous mysteries of her family’s past.

Driven and arrogant, film director Michael Curtiz deals with studio politics and family drama during the troubled production of "Casablanca" in 1942. 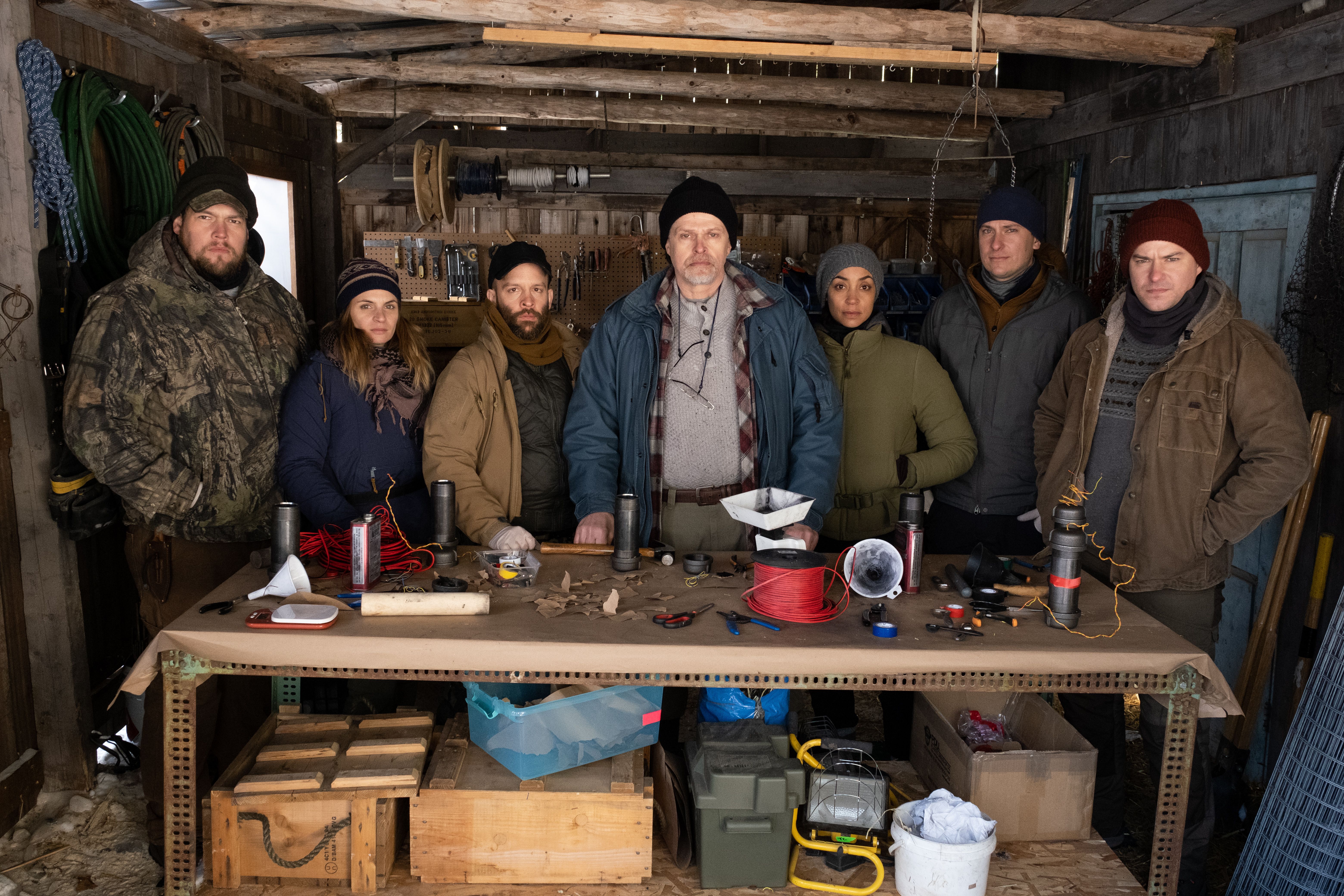 As a way to prepare for disasters, family man Antoine attends a training program on survivalism given by Alain, at his self-sufficient retreat. Apprehending a natural, economical or social breakdown, the group goes through drills meant to prepare them for apocalypses of all types. But the catastrophe waiting for them is nothing like what they anticipated.

A young man faces his father's disapproval when he pursues his dream of becoming a master sommelier instead of joining the family's barbecue business.

MARK OF THE DEVIL

When two sisters open an ancient book that ushers evil into their midst, a possessed priest wrestling with his own demons becomes their only salvation.

An unemployed executive is forced to sell his apartment. When he discovers that he still has the keys, he becomes obsessed with the family that lives there and will do anything to go back to the life he had before.

In the early 1970s, teenagers with disabilities faced a future shaped by isolation, discrimination and institutionalization. Camp Jened, a ramshackle camp “for the handicapped” in the Catskills, exploded those confines. Jened was their freewheeling Utopia, a place with summertime sports, smoking and make out sessions awaiting everyone, and campers felt fulfilled as human beings. Their bonds endured as they migrated West to Berkeley, California — a promised land for a growing and diverse disability community — where friends from Camp Jened realized that disruption and unity might secure life-changing accessibility for millions. Co-directed by Emmy®-winning filmmaker Nicole Newnham and film mixer and former camper Jim LeBrecht, this joyous and exuberant documentary arrives the same year as the 30th anniversary of the Americans with Disabilities Act, at a time when the country’s largest minority group still battles daily for the freedom to exist. CRIP CAMP: A DISABILITY REVOLUTION is executive produced by President Barack Obama and Michelle Obama; Tonia Davis and Priya Swaminathan; Oscar® nominee Howard Gertler (How to Survive a Plague) and Raymond Lifchez, Jonathan Logan and Patty Quillin; LeBrecht, Newnham and Sara Bolder produce.

Following the day-to-day adventures of five best "Buddis," this colourful and entertaining series is targeted at children under 4.

YooHoo to the Rescue: Season 3

It’s time to take flight again! Join YooHoo and his adorable crew as they travel the world to help animal friends, one marvellous mission at a time.

It's the treasure hunt of a lifetime for the Rescue Riders, who must race to find a precious golden dragon egg and keep it safe from evil pirates.

When searching for the perfect Wuzzle Wegg, Bartleby thinks he sees a monster. Will the Rainbow King have to cancel Wuzzle Wegg Day — or will True come to the rescue?

The world they knew is long gone. Their new environment is dangerous but not as deadly as their fellow humans. Based on the award-winning manga by Yumi Tamura, "7SEEDS" returns for Part 2.

READ: Why You Should Stop Feeling Guilty About Your Kids' Screen-Time

Related: Netflix, tv, what to watch

Bite Your Lip When You're Anxiou...

My lips are always dry...unless I use this balm.

The Documentary That Everyone Sh...

What Do Antioxidants Really Do F...

Other than making your face look phenomenal.

Bookmark and read before going to town with the tweezers. 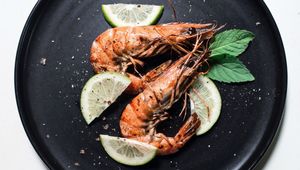 We're doing what we can to support Irish businesses.

What An Aesthetician Wants You T... 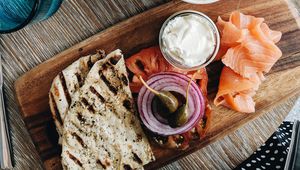 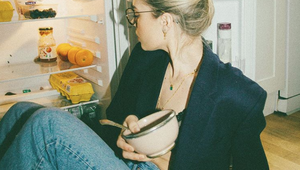 Waste not, want not. 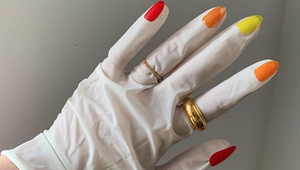 It's time to get filing.

Bite Your Lip When You're Anxiou...

My lips are always dry...unless I use this balm.

The Documentary That Everyone Sh...

What Do Antioxidants Really Do F...

Other than making your face look phenomenal.

Bookmark and read before going to town with the tweezers.

We're doing what we can to support Irish businesses.

What An Aesthetician Wants You T...

Waste not, want not.

It's time to get filing.