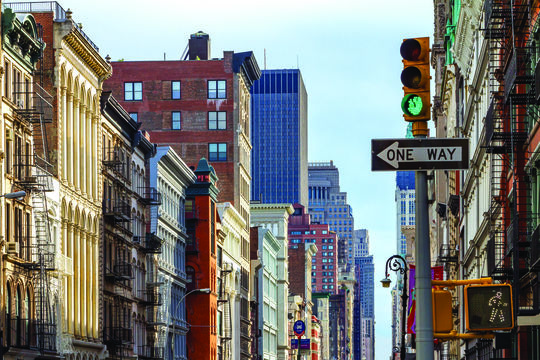 Brunch in the Upper East Side, lazy Sundays in the park, shopping at niche independent stores in Soho, and grabbing drinks on a rooftop bar. New Yorkers do their long weekends right.

1 Hotels Brooklyn Bridge is a modern hotel with sustainability and nature at its heart. Located on the East River the rooms open out to the stunning view of the Manhattan skyline that will make you think you are looking at a Windows screensaver. With rooms from $299 per night, the hotel also boasts one of the city's most popular rooftop bars with bespoke cocktails and light bites. Happy hour overlooking the Brooklyn Bridge and Lower Manhattan is not a bad way to start your long weekend.

Shoestring fries and the skyline. @lilypebbles and I demolished these in approximately two minutes yesterday in our jet lagged state as our third lunch of the day.

New York is the city of food and with so many restaurants to chose from New Yorkers love finding hidden gems to keep just for themselves. However we've dug up some of those hidden spots so you can dine-out with the locals.

Brunch is synonymous with New York and one of the most popular spots for New Yorkers is Blue Stone Lane. Located in a few different locations in the Upper East Side and the West Village. This cool Aussie cafe serves delicious and also healthy brunch as well as great coffee. Its prime locations makes it the perfect starting spot for your New Yorker long weekend. Lunch is usually skipped in New York as brunch has taken over in a big way. However, should you get peckish on your strolls round the city New York is home to some of the best sweet treats around. With new gourmet ice-cream shops and frozen yoghurt places popping up all over the city. 16 Handles is one of the city's best frozen yoghurt spots with more flavours than you can even imagine. And don't be alarmed they cater to the dairy free among us. With 47 shops around the city, a tub of froze yoghurt with your favourite toppings is an idea snack for keeping cool in the city's summer heat.

TOMORROW - get 3 oz. FREE when you present the 16 Handles app between 2 pm and 6 pm! 😍🍦💕 Thanks for the great shot @mimi.eats 📸 #16Handles #FlauntYourFlavor

New York is best taken in by walking, and the first destination on anybody's list whether you are a New Yorker on a day off or a first time tourist is Central Park. The park comes into its own during the summer, the sailboats are out on the pond and there is always street performers as a source of entertainment. Strolling through the park is never a bore. But if you want a relaxing day spent sunbathing with a good book and a picnic, then Central Park is the perfect place to spend a lazy Sunday.

For an activity just as synonymous with a New York day off, shopping is a great way to spend a couple of hours before meeting for cocktails later on. The city is host to all of the big brands and plenty of window shopping to be done down Madison and Fifth Avenue. However should you want to delve into the fashion scene a little deeper in New York take a trip down to Soho and discover a plethora of independent stores and perfectly curated concept stores that will make you feel like a true New York fashion aficionado. Brands worth paying a visit to are: Opening Ceremony, Friday Project, APC (apparently Kanye is a fan of their denim), Thakoon as well as New York coveted vintage store What Goes Around Comes Around (expect to find gold Chanel chains from the 1980s, band T-shirts and vintage Hermes wristwatches).

If you still want to squeeze in a bit of site-seeing during your New Yorker long weekend, then a trip to Brooklyn Bridge park on a Sunday is mandatory. Crossing the Brooklyn Bridge from Manhattan is an event in itself but once you reach the other side and take the trip to Dumbo and you will find a flea market and food market underneath the Queensborough Bridge. Having a browse and enjoying some delicious food (the fries with garlic aioli are a really good shout) and then taking a stroll down to the Brooklyn Bridge park boardwalk to take in the view of the Manhattan skyline is an afternoon well spent.

Clear blue skies in New York this morning! A perfect day to wander across the bridge and come see us at #bluestonelanedumbo ☀️

With shopping complete it's time to see what the locals get up to at night time. If you are looking for a quiet dinner then Lucali pizza at 575 Henry Street, Brooklyn is the ultimate New Yorker hidden gem. A traditional family run pizza restaurant with no airs and graces about it. With only one type of pizza on the menu, made fresh in front of you and a BYOB policy (they will keep your wine/bottles in the fridge and bring out as you request). This dimly lit, intimate restaurant setting along with its family feel, will make you feel like you've stepped into a local's kitchen for dinner, escaping the craziness of the city just for a moment.

Rooftop bars are all the rage during the summer season, however to take that experience to another level why not visit Rooftop Cinema Club on 60 West 37th Street at the SkyLawn Embassy Suites. This rooftop is located 17 floors above the bustling city, but don't worry you won't hear a thing as each guest is given a pair of wireless headphones so as not to obstruct the sound of the movie. The cinema has a bar attached to it so between cocktails, classic movies and the New York city skyscape as your backdrop, this makes this particular venue a night at the pictures you won't forget. Tickets sell out fast so it's worth booking in advance of your trip. Other night time rooftop activities include grabbing a drink and tacos by Salvation Tacos at Pod 39 on 145 East 39th Street. Happy hour starts at 5pm and the bar open till late it is an ideal location for wrapping up your New Yorker day off.

So that completes your New York long weekend, a day spent sunbathing in Central Park and others spent seeking out the city's hidden and some not so hidden fashion and food gems. Now just be thankful that you don't have to battle the Subway on Tuesday morning. 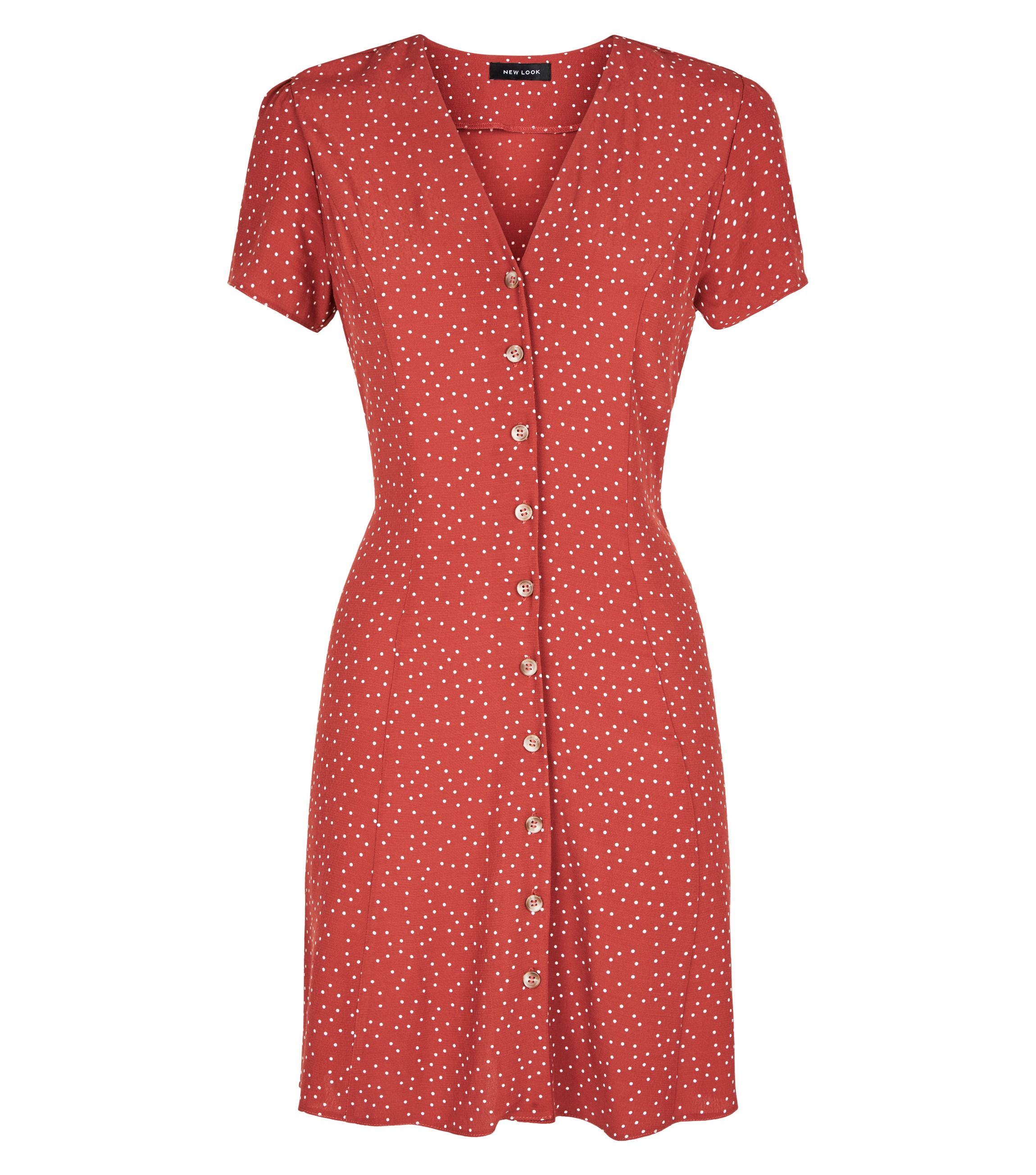 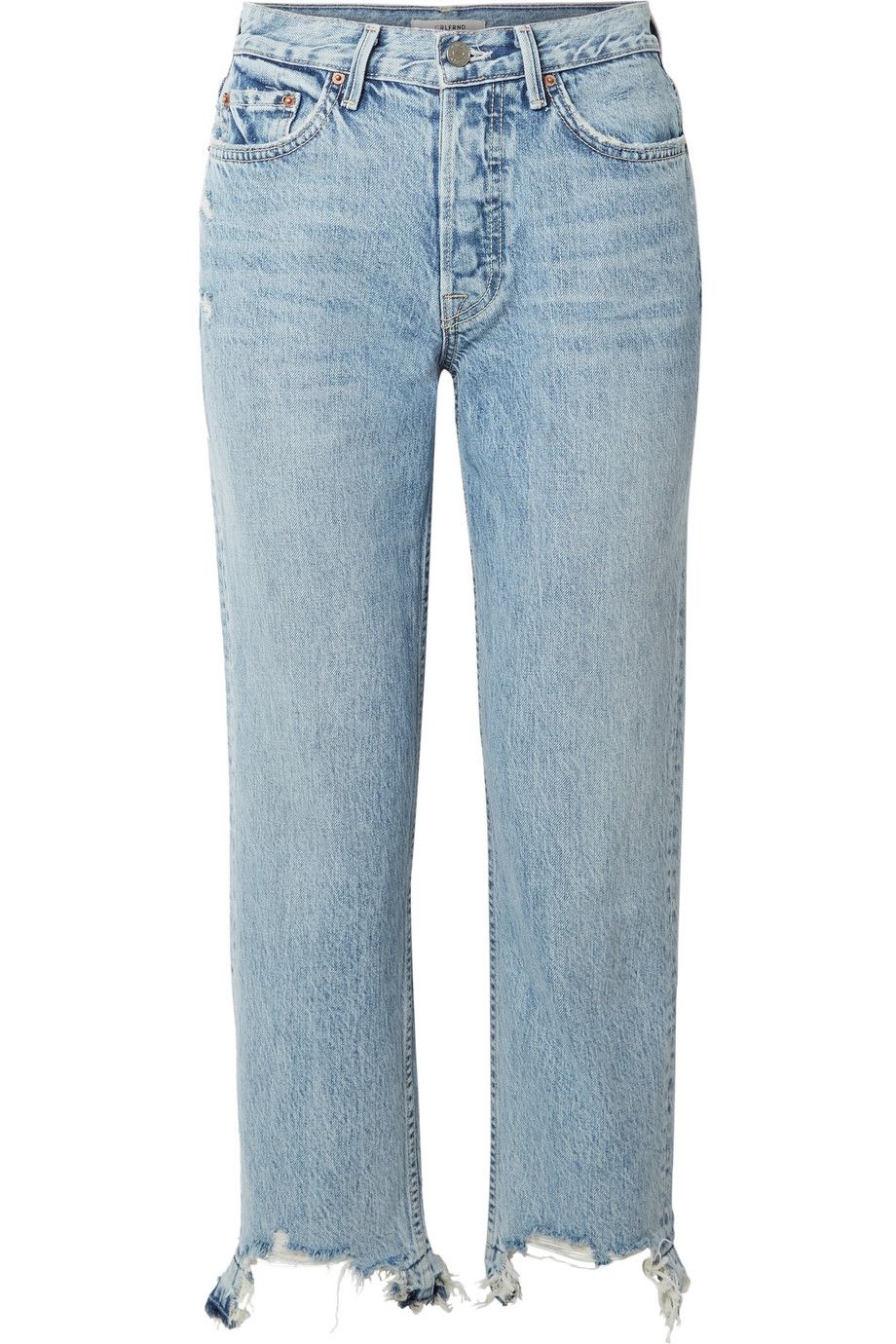 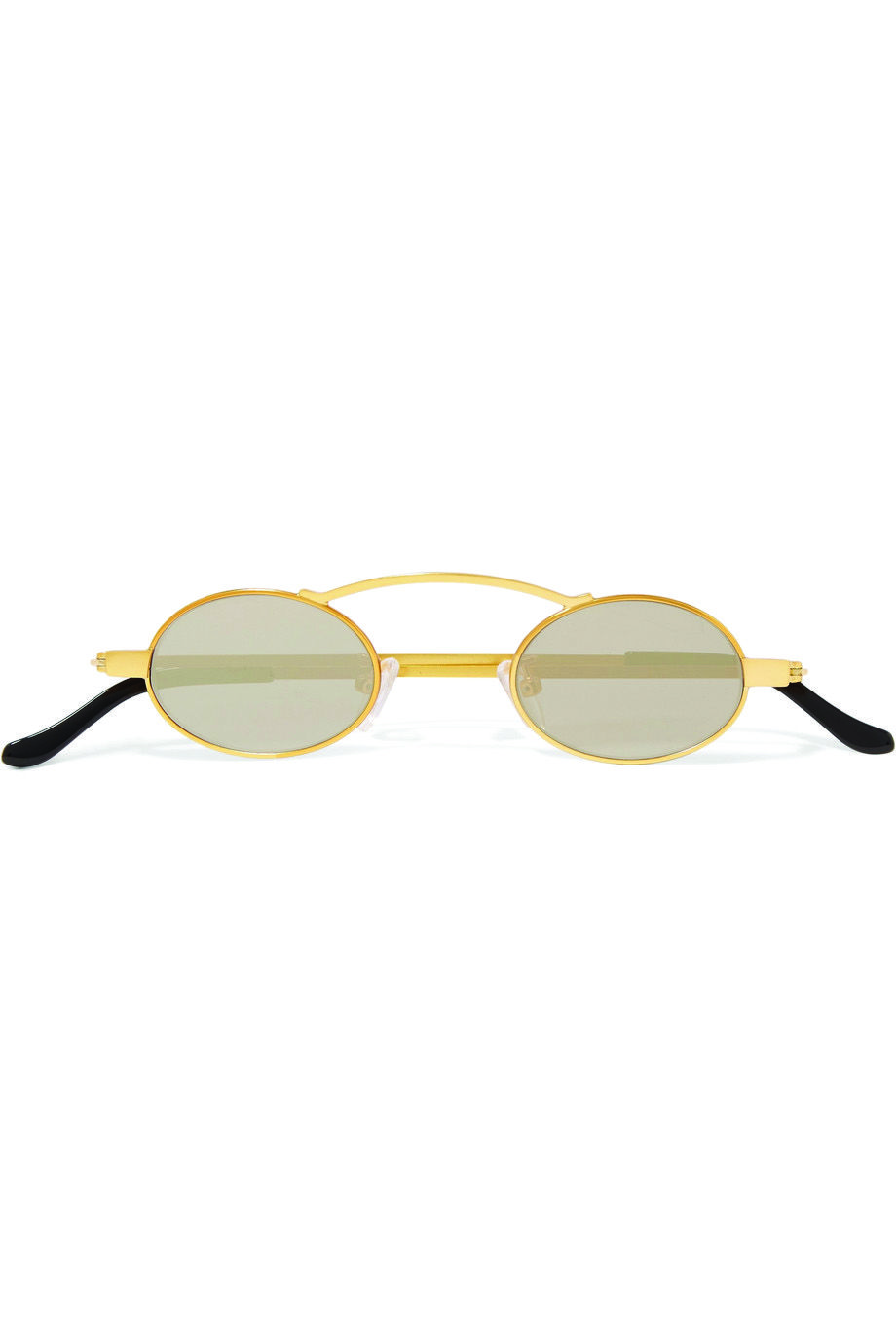 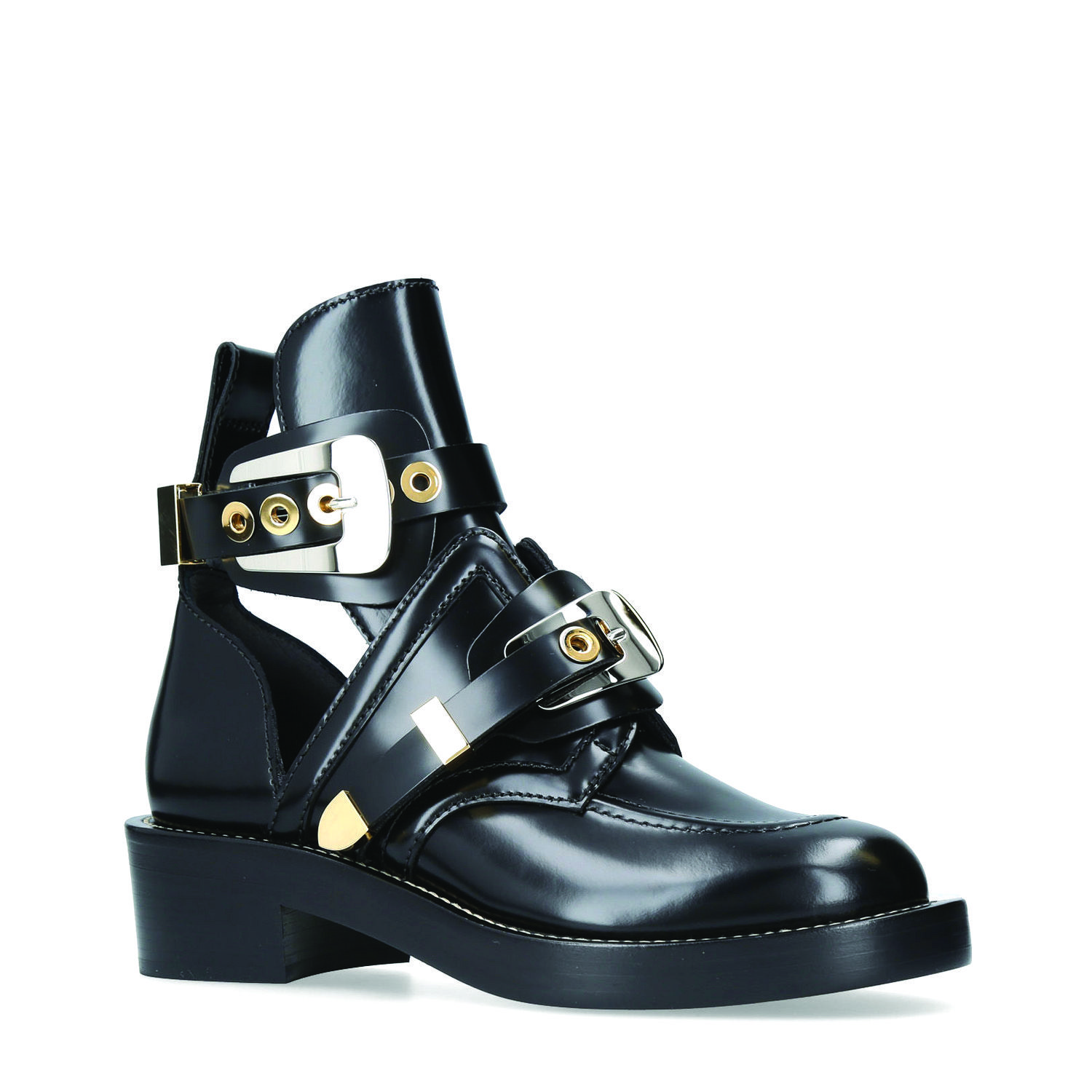 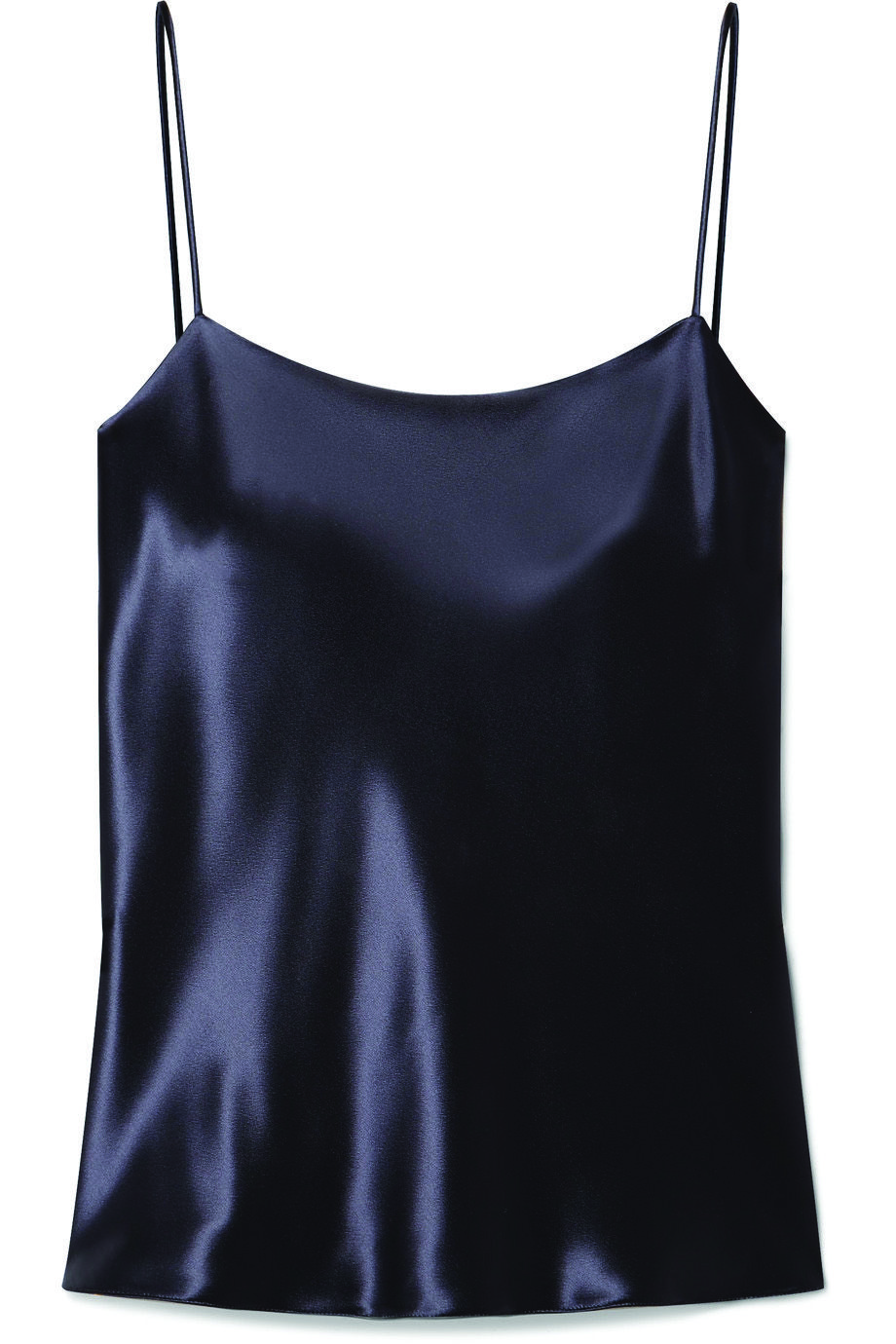 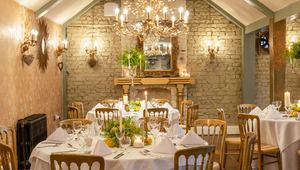 The Best Wedding Venue In Irelan...

Feeling the stress of choosing a venue? Let the Irish Wedding Award... 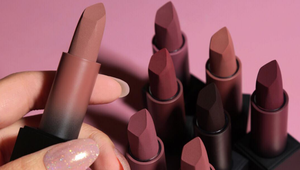 Huda Beauty Launches In Boots To... 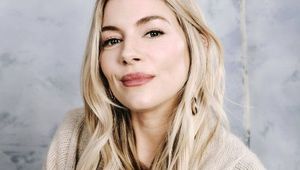 This Mango Coat Comes With The S...

Proof a stylish coat with a hood does exist. 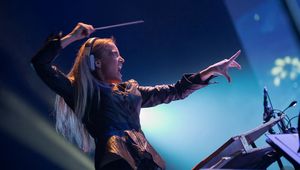 Noone will be one of two high-profile Irish women at the event. 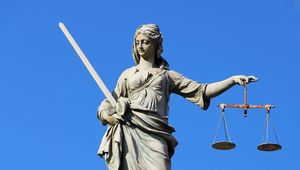 The First Conviction For Female ...

The mother and father a young girl who was seemingly subjected to f... 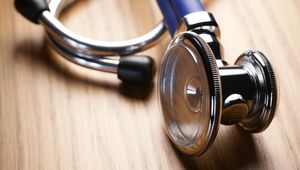 Over 100 women have reportedly undergone the procedure in NHS hospi...

The Best Wedding Venue In Irelan...

Feeling the stress of choosing a venue? Let the Irish Wedding Award...

Huda Beauty Launches In Boots To...

This Mango Coat Comes With The S...

Proof a stylish coat with a hood does exist.

Noone will be one of two high-profile Irish women at the event.

The First Conviction For Female ...

The mother and father a young girl who was seemingly subjected to f...

Over 100 women have reportedly undergone the procedure in NHS hospi...