Nominative Determinism: Would A Rose With Any Other Name Smell As Sweet?

Very often the first piece of information we have about a person is their name – the first thing we judge them on. But should it tell us anything about the person themself, or is it nothing more than a familiar sound? 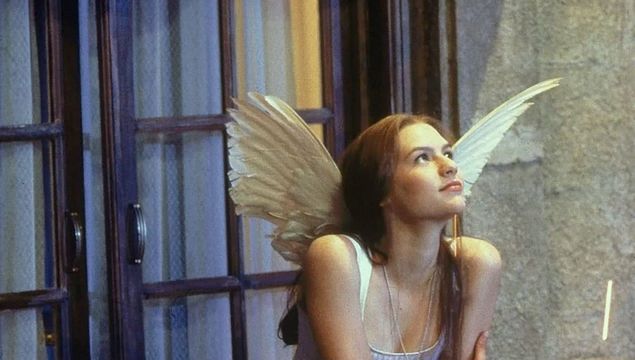 In act II of Romeo and Juliet, our female protagonist discovers that her newfound love is a Montague – a longstanding familial rival to that of her own household.

Heartbroken and indignant, Juliet famously attempts to rationalise the friction by way of a soliloquy studied by every Shakespearean scholar: “What’s in a name? That which we call a rose / By any other name would smell as sweet.”

Whether this was done unknowingly or not, William Shakespeare first introduced the concept of nominative determinism – the theory that a person's name has some influence over what they do with their life – into the general sphere.

While it’s unclear whether evidence of nominative determinism is simply coincidental or fully-fledged, psychologist Brett W. Pelham’s 2013 theory was that people may subconsciously make life decisions based on names, rather than being fully aware of the bases for one’s behaviour.

As unlikely and coincidental as it seems, reasonable evidence for the existence of nominative determinism exists. Researching the theory makes it less surprising to find there are doctors with the surname Doctor, Blood and Ache.

The term nominative determinism – a phrase popularised by a recurring column in the magazine New Scientist – refers specifically to the link between names and career choices, but the concept can actually be linked much further than vocations.

It’s part of what researchers call “implicit egotism”, the idea that we’re attracted to things that remind us of ourselves, whether it’s marrying a person who shares your birthday, or moving to a place with a name phonetically similar to your own. – e.g Louis may not realise the basis of his move to St, Louis, but he also may be open to the idea because of the positive associations he has about his name.

We rarely need to search for too long for great examples—Marie Harte was a cardiologist in Dublin for many years— but, with the rise of the internet, it became easier than ever to mine for clues. One respondent trawled through the American Directory of Physicians to reveal a dermatologist called Rash, a rheumatologist named Knee, an orthopaedic surgeon named Bone and a psychiatrist named Couch.

Some years ago, C. Limb, R. Limb, C. Limb and D. Limb, all members of the same medical family, published the study ‘Nominative determinism in hospital medicine’. They sorted names on the medical register into hospital specialities, and looked for surnames appropriate to the speciality (e.g. ‘Brain’ for a neurologist) or for medicine in general (e.g. ‘Ward’).

They concluded that the frequency of names relevant to medicine and to specialities was much greater than expected by chance. Specialities with the largest proportion of relevant names were those focused on body parts with many alternative labels – inevitably, the genitals. Hence, in genitourinary medicine, they found Drs Kinghorn and Woodcock, and in urology identified Cox, Dick and Waterfall.

In 2002, nominative determinism became a serious study in its own right, with the publication of a paper in the Journal of Personality and Social Psychology entitled 'Why Susie Sells Seashells by the Seashore: Implicit Egotism and Major Life Decisions'. On the assumption that 'people prefer things that are connected to the self (for example, the letters in one's name)', authors Brett Pelham, Matthew Mirenberg and John Jones concluded that people are disproportionately likely to 'choose careers whose labels resemble their names (for example, people named Dennis or Denise are overrepresented among dentists).

In 2010, Professor Ernest Abel conducted three studies of nominative determinism using data from two online directories. He initially found that Americans with the word ‘doctor’ as or in their surname were significantly more likely to be doctors than lawyers, whereas those with ‘lawyer’ as or in their surname were more likely to be lawyers than doctors.

Subsequently, further research was funded to deduct whether people who, contrary to the dictates of nominative determinism, adopt a career that seems at odds with their name. Take, for example, a consultant urologist named Dr Burns-Cox.

This drew up a number of names that take the biscuit when it comes to irony; Cardinal Jaime Sin was a Catholic Archbishop in the Philippines, Sue Yoo is an associate at Sullivan & Cromwell legal firm, New York, Dr Richard 'Dick' Chopp is a leading urologist specialising in vasectomies; leading us to believe that there's much more to a name than any of us realise.

The more well-known examples of nominative determination in modern-day culture are that of Usain Bolt, Mary Berry and, interestingly enough, Tom Hanks’ sons. Perhaps the most compelling of these is the latter, with two of the Hanks boys named Colin and Chet.

Colin (a name that means 'victory') Hanks is an American actor, producer, and director who dresses in snappy suits and parts his hair to the side.

Chet (a well-established 'frat boy' name) wears backwards caps, sports a number of tribal tattoos and has spoken candidly about his previous life as a drug addict.

the hanks family are a compelling case study for nominative determinism.

In the Harry Potter saga, J. K. Rowling seems to have a particular fondness for nominative determinism, often making use of the Latin and Greek languages from which to derive character names.

The book’s antagonist Voldemort ambiguously may come from the French either as ‘theft from Death’ or as ‘flight from Death’ and Remus Lupin (The surname Lupin derives from the Latin second declension masculine noun lupus, a wolf) was a werewolf.

Of course, any onomastics scholar will tell you that our names typically derive from the work we found our forefathers doing. Many will find that their surnames will loosely translate to any number of trades such as De Boer (Dutch for ‘farmer’) O’Cléirigh (Irish for ‘clergyman’) or Berger (French for ‘shepherd’), totally debunking the nominative determinism school of thought.

But, might we subconsciously subscribe to choices that connect us to something we find wholly familiar –– i.e our names?

Another theory many psychologists cling to strongly is the cocktail party effect – the phenomenon of the brain's ability to focus one's auditory attention on a particular stimulus while filtering out a range of other stimuli, as when a partygoer can focus on a single conversation in a noisy room. In basic terms, this is one’s ability to hear their own name above the noise of a busy party despite a loud humming of conversation. That is because our own name means so much more to us than just a word or sound – it’s a stimulus, trigger and determining factor we commit to from birth.

This concept brings with it a number of interesting implications, especially when it comes to subconscious favouritism. By and large, we all tend to like the letters in our name. We may also tend to like the letters in our hometown, country and other factors we deem familiar to us. This, in psychology, is known as the Name Letter Effect, coined in the 1980s by Jozef Nuttin.

Because the link between name letters and the self is relatively arbitrary, this effect implies that anything associated with the self becomes automatically linked with positive feelings. This concept became the main research point in a University of Michigan study which saw that people with names similar to ‘Katrina’ were far more likely to donate to Hurricane Katrina relief efforts.

This suggests that people may seek to ameliorate the negative effects of a disaster when there are shared characteristics between the disaster and the self.

Of course, studies like these fall victim to naysayers who will say that other factors – birth order, socioeconomics, race – are more at play. And while each of these factors, and more, will almost certainly play a role in anyone’s life, the topic of nominative determinism is not one to dismiss entirely.

In a study from 2003, called ‘Are Emily And Greg More Employable Than Lakisha and Jamal?’, Marianne Bertrand and Sendhil Mullainathan sent some 5,000 CVs in response to job advertisements in Chicago and Boston newspapers.

The CVs were alike in everything but names; half of them belonged to fake “white” sounding names such as Emily Walsh and Greg Baker, while the other half were given names that sounded African-American such as Lakisha Washington or Jamal Jones. The call-back rate from employers was 50% higher on the "white" names then the "black" names, meaning that employers – subconsciously or not – favoured names that leaned towards “whiteness.”

Similarly, in 2005, Northwestern University’s David Figlio analysed the test scores of some 55,000 children in a school district in Florida – which linked children with names associated with low socioeconomic status with reduced student cognitive performance. This, he says, belies fault with the expectations of schoolteachers and administrators who prejudge students based on their names.

The last 70 or so years have seen researchers attempt to gauge whether the effect of having an unusual name plays a part in the self. It is thought that our identity is partly shaped by the way we are treated by other people – a concept psychologists call the "looking-glass self" – and our name has the potential to colour our interactions with society. Early studies found that men with uncommon first names were more likely to drop out of school and be lonely later in life and one study found that psychiatric patients with more unusual names tended to be more disturbed.

Poet Robert Kavanagh defined the act of naming something as “a love-act and a pledge.” Might that pledge link them to more than previously expected at birth? Possibly, but the subconscious seemingly puts in more of a shift than first thought.

Take, for example, baseball players who have the initial K. Psychologists Leif Nelson and Joseph Simmons analysed almost a century of baseball strikeouts and found that hitters with the initial K had a higher strikeout rate ("K" denotes a strike-out in the sport.)

Both men also found that college students with the initials C and D had a slightly lower grade point average than A and B students, and A and B applicants to law school were more likely to go to attend better universities.

Consider your favourite letters, likelihood to employ someone with a name you've never heard of and whether or not you would attend the surgeries of Doctors Pain, Death or Terror?

READ MORE: AOC's Notes On That Famous Speech Need To Be Seen To Be Believed