Organ donation saves lives – up to eight per person. Here's how you can help save lives. 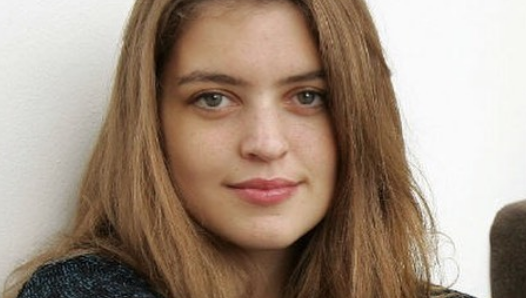 The aim of which is to promote awareness of organ donation throughout Europe.

This year, there is a specific focus on the importance of making one’s own wishes on organ donation known to families and next of kin.

The day will also be an opportunity to pay tribute to all the deceased and living donors who have helped severely ill patients to regain a normal life.

Demand for organ transplantation is increasing all over the world, but there are insufficient donated organs available to meet the growing need. This shortage of organs is a limiting factor in treating many patients with chronic organ failure and has led to high numbers of patients on waiting lists.

Last year, over 150,000 patients were registered on organ waiting lists in Europe.

The Kildare native revealed all about her lifelong battle with the disease and how she wanted cameras to capture her gruelling wait for a lung transplant, even though there was a risk she would die while filming.

Tinsley first rose to prominence in Ireland when she campaigned for improved services and better access to drugs for people living with Cystic Fibrosis. However, after moving to New York, her health deteriorated when she suffered a bilateral lung collapse.

Having left Ireland to study for a Masters in Creative Writing at Columbia University, she turned 30 in NYC, and, at almost the same time, was put on the list for a double lung transplant there.

Forced to postpone her studies, Orla’s condition deteriorated throughout 2017 and by December she was on life support at New York-Presbyterian Hospital.

A prominent activist for organ donation, Tinsley wanted to highlight every detail of her ordeal, to showcase the huge importance of signing up for a donor card.

Following the show's airing, more than 5,000 applications for organ donor cards were issued. However, campaigners want to keep the momentum going.

“Today we acknowledge European Day for Organ Donation and Transplantation by asking people to have that conversation about organ donation with their families," Professor Jim Egan, Director of the HSE ODTI pleaded.

"Help your loved ones carry out your wishes and aid them in making decisions about donation on your behalf in what would be a very difficult time for them.

“Today is an important opportunity to acknowledge and thank again the 81 families whose courage and generosity in donating organs saved the lives of 277 people in Ireland last year.  Thousands of donors and their families have given the gift of life to many people over the decades in Ireland.”

For more information on how to become an organ donor in Ireland, click here.

READ MORE: Hate The Gym? HIIPA Is The Easy Way To Add Exercise Into Your Every Day Life

READ MORE: A New Study Suggests Smokers Are Twice As Likely To Quit By Using E-Cigarettes