More than half of this year's dishes will be plant-based.
Jordan Mooney 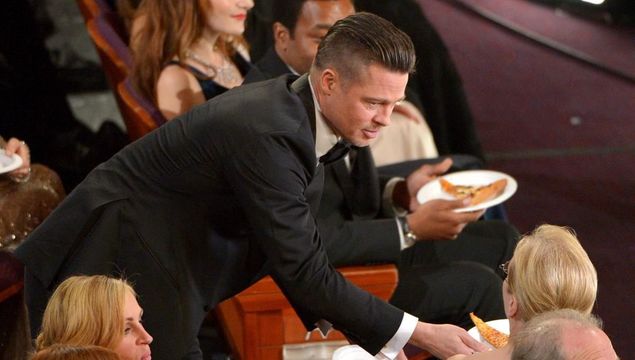 The biggest night of the year for the film industry is fast approaching; The 92nd Academy Awards will take place tomorrow night in Los Angeles.

Even though we can’t wait to see who takes home the big awards on Sunday night, we’re most concerned about what the A-listers will be dining on at the Governors Ball following the ceremony. Chef Wolfgang Puck has revealed that he will create the menu for the Oscars 2020 Governors Ball and it looks amazing.

The Austrian born chef, who owns more than 20 restaurants all over the world, has announced that he will cater the event for the 26th year in a row, promising to create a menu packed with delicious treats. While the lack of food at the actual Oscars ceremony has become a bit of a running joke in recent years, Wolfgang Puck’s Oscar’s afterparty menus have become famous in their own right for their extravagance and flavour.

The colour scheme for this year’s lavish Governors Ball is purple, so décor and floral arrangements will be seen in shades from deep aubergine to lavender.

TRENDING TODAY: Here's Where To Get Your Pizza Fix In Dublin, According To A Chef 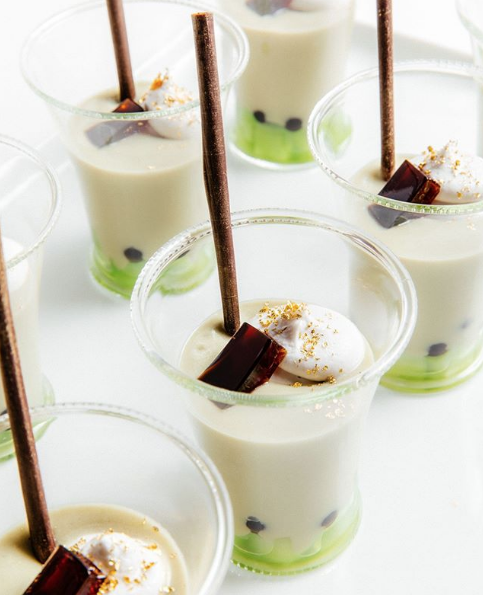 Vegan parfait of boba and compressed honeydew. Photo by @wpcatering on Instagram.

Puck and his team will reportedly create over 40 different dishes which means that a total of 25,000 small plates will be served on the night.

Want to hear some statistics about the most exclusive party of the year? Puck and his team will use 200 pounds of aubergine, 300 pounds of vegan pasta, 60 sides of smoked salmon, 20 pounds of caviar and 25 pounds of black truffles. Black truffles cost around $95 per ounce, which means that by our estimate, the truffles alone have cost around $38,000!

According to the Oscars website, the Governors Ball has been dedicated to sustainable farming since 2013 and more than half of the menu has always been plant-based and vegetarian. This year, for the first time, the Oscars Governors Ball menu will be 70 per cent plant-based. A quick look at the menu, which can be found here, shows that the majority of the dishes are vegan-friendly. 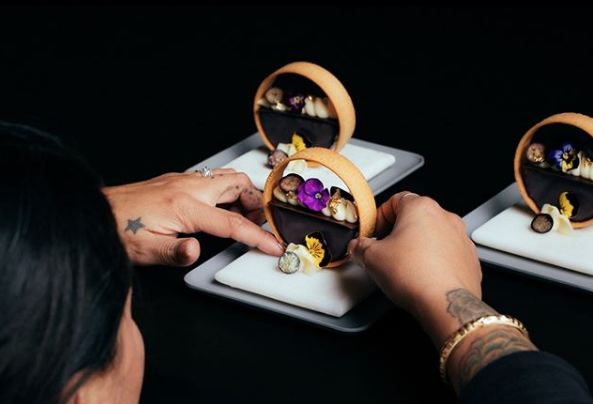 While we're excited to see many big bashes like the Oscars Governors Ball and the Golden Globes make moves towards more sustainable menus, we're not sure if it's really all talk or not. While plant-based options are certainly better for the environment, catering in this quantity isn't wholly sustainable: using 60 sides of salmon doesn't sound too good to us when it is reportedly one of the least sustainable types of fish available.

Aside from the food and drink options, the luxuriously decorated room will feature more than 12,000 flowers which have been flown in from more than 12 different countries around the world. Surely those air miles and carbon emissions are at odds with the ball's sustainable ethos?

We're glad to hear a more sustainable approach is being taken by the Oscars Governors Ball, but we're looking forward to seeing whether they take even more environmentally-friendly steps over the next few years. For now, we're excited to see who wins on Sunday night! 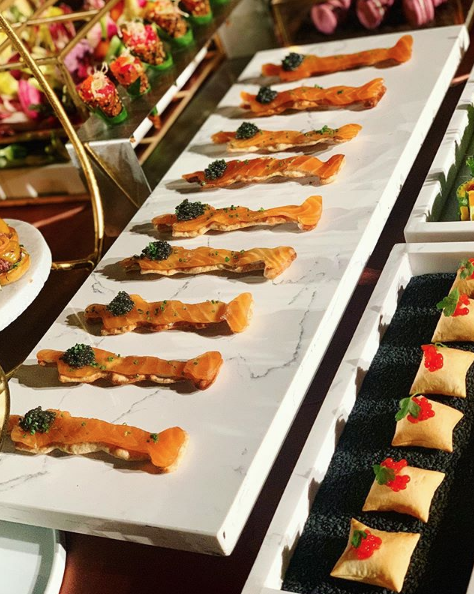 READ MORE: These Are The Dresses We're Predicting Will Rule The Red Carpet At The Oscars