Although the US, Brazil and Korea remain responsible for almost half of all cosmetic surgeries worldwide, it’s clear that going under the knife is quickly becoming the thing to do everywhere. 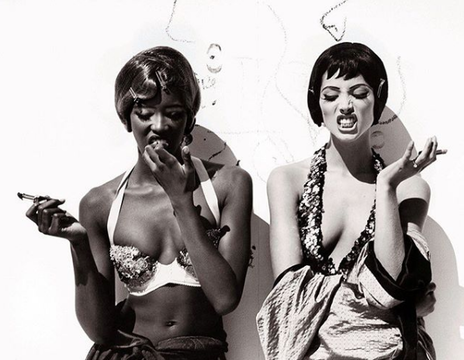 Body positivity might be on the rise, but as it turns out, plastic surgery is too.

Surgically enhanced beauty has become the international status quo, and the global cosmetic surgery market is expected to reach $43.9 billion by 2025. We’re quickly moving towards globalisation of beauty standards, but who is getting what done where? We broke it down for you.

According to the British Association of Aesthetic Plastic Surgeons (BAAPS), the most popular cosmetic procedure for women in 2018 was breast augmentation. Some groups estimate there were more than 20,000 of these procedures performed last year alone.

UK cosmetic procedures which have also increased in women include:

In the US, figures from the American Society of Plastic Surgeons (ASPS) show breast augmentation was also the most popular procedure in 2018. 313,735 were performed, which was a 4% increase from the previous year.

According to Professor Marcos Sforza, Expert Aesthetic Surgeon and Scientific Director of MyBreast Cosmetic Surgery, selfie culture plays a significant role in how we think about our bodies.

"The rise in popularity of health and fitness does mean we’re starting to move away from extreme thinness and focusing more on feminine curves. And, while, in some ways, this could be a positive development, issues can still arise when people focus too much on what social media or reality television programmes portray.

"Extensive research also shows social media does appear to be correlated with body image concerns, which may explain the emergence of serious mental health conditions like Body Dysmorphia Disorder."

While in the West the average age for surgery is between 35 and 55, it’s reported that about one in three South Korean women aged 19 to 29 have had something done. Boasting wild statistics which claim that over one million procedures are completed in South Korea each year, face-altering tweaks are generally the most common, with double eyelid surgery being a long-coveted procedure, and fillers becoming increasingly popular.

The ASPS also reports that there’s been a 200% increase in non-invasive treatments like Botox and dermal fillers since 2000, and millennials are the biggest fans. Unlike past generations, they were the first to come of age when plastic and cosmetic enhancements started to become normalised and social media has played a huge role in homogenising non-surgical facial procedures.

"As a cosmetic surgeon, a clear red flag is when images become a reference point for a patient," Sforza says.

"When things like Snapchat filters or celebrity social media posts become how the patient sees themselves, or the patient wants to look exactly like that image, that is when there is a significant cause for concern.

"For those considering cosmetic surgery, it’s important to be aware of your surroundings and understand how your environment and things like social media may be impacting how you think and feel about your body.

"If any professional in the beauty industry is unsure about someone’s psychological wellbeing during consultations, all potential patients must be referred to a psychologist or psychiatrist for further evaluation."

The beauty industry has long been considered a fickle one. While Eurocentric beauty standards have become the most coveted aesthetic, those hailing from outside of the European gene pool are digging deeper for nip/tucks.

While that might not be a new phenomenon, the fact that procedures today are more accessible, cheaper, and often require less downtime means more and more women are turning to plastic and cosmetic surgery.

We’re living in an age where all over the world everyone is getting the same work done, often watering down their ethnic features and upholding a homogenisation of what is considered “beautiful” – and it shows no sign of stopping.

The more the demand increases, the more likely that the Kylie Jenner look will become the status quo. Whether that’s a good or bad thing is up to you.

READ MORE: The Beauty Procedure That Could Kill You