Please don't try this at home. 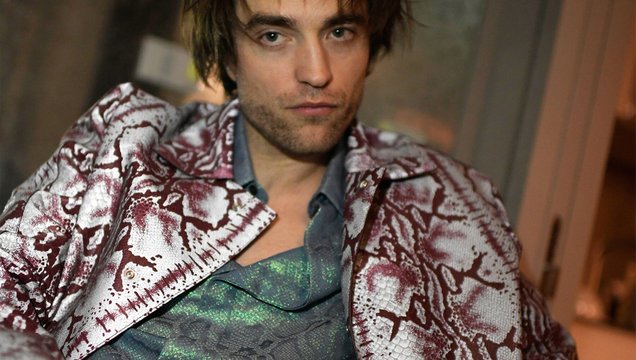 So it turns out Robert Pattinson doesn't know how pasta works...

When it comes to celebrities, the general consensus seems to be that they aren't used to doing things for themselves. From drivers to makeup artists, to household staff and even people to film your TikToks - there's a lot of people you can pay to make your life easier. But no matter how rich or famous a celebrity may be, I've always presumed that they would have the bare minimum of life skills needed to survive on their own.

Well, yesterday proved to be that I was wrong to presume all these years that celebrities could do simple tasks, like I don't know cook pasta, for themselves. In a recent profile by GQ, which was styled as dispatches from his social isolation, Robert Pattinson discussed a whole host of topics including his upcoming starring role as Batman, being terrified to run outside (same!), and, most notably, an extremely unhinged pasta recipe.

Pattinson begins by saying that he went on YouTube to try and figure out how to microwave pasta (???) which he later describes as being "really actually quite revolting. But I mean, who would have thought that it actually makes it taste disgusting?”

Me. I would have thought that. And you know who else? All of us. I’m no star chef but even I know damn well that you cannot make pasta in the microwave. Anyway, he goes on to describe his business plan for making "pasta you can hold in your hand," called Piccolini Cuscino, which he even pitched to restauranteur Lele Massimini.

Finally, we get to the good stuff, where he actually cooked us his portable pasta. The dish is made up of corn flakes, which he got in place of breadcrumbs because "that’s basically the same shit," a novelty lighter, nine (!!!) packs of pre-sliced cheese, sugar and sauce. WHAT??

"He puts on latex gloves," the profile reads. "He pulls out some sugar and some aluminium foil and makes a bed, a kind of hollowed-out sphere, with the foil. He holds up a box of penne pasta that he had in the house. 'All right,' Pattinson says. 'So obviously, first things first, you gotta microwave the pasta.'" The profile goes on to chronicle the pasta-making process where Robert burns one of his latex gloves that he was wearing for...reasons? He also maybe puts aluminium foil in the microwave.

Honestly, I have no idea what I just described, and neither does Robert Pattinson, clearly. Read the whole profile, join me in confusion and whatever you do, please do not cook pasta in the microwave with sugar.

Instead, follow the pasta recipes below that come from actual chefs...

This Matty Matheson recipe is total comfort food and absolutely jam-packed with flavour. Once you try it, you'll want to make this dish over and over again. Get the recipe here.

Lobster is such a treat that we can never say no to it, especially when it's in a dish as delicious as this. Corn is coming into its own right now and pairs so well with lobster, so if you're looking to treat yourself, this is the dish for you. Try it here.

If there was ever a dish that summed up autumnal flavours in one bit, this is it. Clare Thomson's pumpkin pasta recipe combines absolutely gorgeous flavours to create a comforting, wholesome dish. Get the recipe here.

In case you hadn't noticed, we adore the combination of seafood and pasta! This dish is super simple to whip up and really brings out the flavour of good Irish seafood. Try it here.

Who can pass up spaghetti carbonara? This recipe really is one of our favourites as its total comfort food – the flavours are so homely and comforting that we can't help craving it when it's cold out, when we've had a bad day or just because we want a tasty, quick dinner. Try it here.

These recipes were originally posted on our sister site, Food & Wine

READ: The Best At-Home Chicken Wings Recipe, According To Saba

READ MORE: The Best Instagram Bake-Alongs To Follow In Your Kitchen (Plus The Recipes To Go With It)