Your Scented Candle Obsession Could Be Doing More Harm Than Good

When the evenings get darker and hibernation season approaches, there are but few seasonal silver linings. The pinnacle of autumnal consolation prizes? Candle season.
Irish Tatler Staff 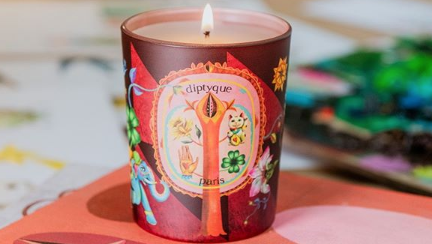 However, while scented candles may boast peak self-care for some, a new report launched by the government this week has identified them as a problem.

A recent Clean Air Strategy has revealed that new measures are being implemented to reduce deaths from the inhalation of toxic air – a number which currently stands at around 36,000 a year.

Manufacturers will be encouraged to reduce emissions from scented candles, and introduce a labelling scheme to warn consumers about the harmful effects of the worst offending products, individual households will be advised to cut down on frequent van deliveries and bonfires.

UK Environment Secretary Michael Gove has declared war on scented candles, woodburning stoves and household spray cans in a bid to reduce particulate emissions by 30 per cent by 2020, and by 46 per cent by 2030.

'While air quality has improved significantly in recent years, air pollution continues to shorten lives, harm our children and reduce the quality of life.

‘Air pollution may conjure images of traffic jams and exhaust fumes, transport is only one part of the story and the new strategy sets out the important role all of us – across all sectors of work and society – can play in reducing emissions and cleaning up our air to protect our health.'

He said tackling air pollution would save £5.3billion sterling a year from 2030.

“You might well ask if the Christmas gifts of candles you gave or received can really be dangerous,” said Professor Sodeau.

“The answer is yes because burning the wax gives rise to small particles that can get into our lungs.

“But more than that scented varieties, as well as many paints and furniture polish, can release vapours, called Volatile Organic Compounds or VOC, to the air,” he added.

“These are often irritants, especially to asthmatics, and should be avoided by us all.”

Experts interviews by Get The Gloss suggest swapping a paraffin candle for a natural wax version made of beeswax or soy, with a short wick made of cotton.

In Ireland, there have been improvements over the decades through a host of policy measures at EU and national levels.

The introduction of the smoky coal ban in the early 1990s is a good example of a national initiative that led to significant change and improvements in air quality in urban areas.

READ MORE: Gift Vouchers Must Have Minimum Expiry Of Five Years, According To New Legislation