Why We Are So Obsessed With Women Being Single Past A Certain Age?

Why are relationship milestones celebrated far more than their life-based counterparts – and will being single ever be considered as something more than an avoidable contagion? 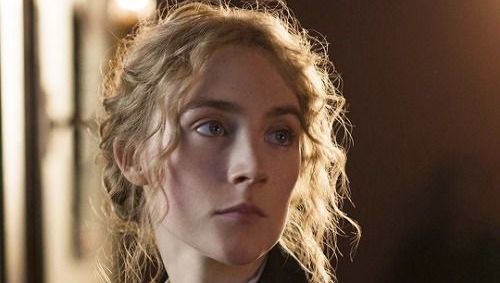 For all the head-on progression the world and its inhabitants have undertaken in recent millennia, the final frontier appears to be that of living for oneself.

There remains a pervasive notion that happiness can only truly come from within the commitment industrial complex (blame Hugh Grant) despite a symphony of academic studies revealing otherwise.

A new study conducted by the University of California at Santa Barbara provides a very different view of singledom, claiming that – you love to see it – single people may have more fulfilling social lives and experience greater psychological growth than some married people.

She also found that the more self-sufficient single people were, the less likely they were to experience negative emotions. But with married people, greater self-sufficiency actually seemed tied to stress and difficulty.

now if you’ll excuse me, I’m going back to the kids table

Self-sufficiency boasts an almost glaring impossibility to define. On paper, it wreaks of independence and battle-strength, but in person, it omits an air of autocratic narcissism.

The notion that narcissism has grown to become ubiquitous and ever-increasing by way of selfies, blog posts and My Super Sweet 16 has been a truism for decades.

The concept of pathological narcissism dates back to the end of the nineteenth century when the English doctor and writer Havelock Ellis described sexual behaviour linked to the attraction to one’s own self as “Narcissus-like.”

Freud picked up on this, labelling as narcissistic the self-sufficiency of certain confident women and the behaviour of homosexual men.

Later in the 1970s, Austrian psychoanalysts, Otto Kernberg and Heinz Kohut – considered to be experts in the field – took an interest in patients who were troubled by “emptiness and meaninglessness” and who seemed, to the two analysts, simultaneously insecure, aggressive, and self-absorbed.

Kohut's approach, called “self-psychology,” advised empathising with the narcissist. Kernberg argued that confronting, doubting, and pathologizing the narcissist was the only way to win.

It’s Kernberg’s model that we now live with—one that understands narcissism not as a defence mechanism, or as a fungible reaction to circumstance, but as a “condition of a failed self.”

Translating this into the modern-day can only successfully be completed by way of celebrity.

In a recent British Vogue interview, actress, activist and UN Ambassador Emma Watson made headlines by revealing that she, at 29, has made peace with the fact that she is single, defining it as a heady 'self-partnered'.

The interview covered a range of topics from anxiety to existentialism to her work on gender equality with the United Nations, but the headlines that arose were that of a nearly 30-year-old woman conceding singledom for the world to hear.

Just two gals chewing the fat... what an afternoon! Such a joy to sit down with @emmawatson who was open, empathic and highly intelligent. Watch the full clip (link in bio) shot by my lovely friend @kloss_films. Styled by @PoppyKain, directory of photography @JaimeAckroyd, produced by @DanielaVaricak and @TheRealMinnieCarver, features director @GilesHattersley, features editor @OEMarks, with hair by @ViSapyyapy, make-up by @LouDartford_Mua, prop styling by @StormAthillArt, tailoring by Jackie Lyall and fashion assistant @CarolinAugustin. My glam by @benjaminipmakeup 

And the notion that women are essentially fodder for the male gaze that boast vulnerability and defencelessness in equal measure is one that will likely creep back into social narratives for some time.

But, what has led us up to this point where relationship statuses reign supreme?

It hails back, regrettably, to the impersonal act of ticking another box. Anyone who has ever been unemployed will have found themselves equally as suburban to the city centre of human accomplishment.

When you quantify relationships, you make it prescriptive, suggesting there is a right and wrong way of being happy. You can't fault the intention. Who wouldn't want everyone to be happier?

To compare it to a social phenomenon, consider that of gender. The simple outrage and perplexity the topic causes arises purely from – like most things – ignorance and plain confusion. Leading the reader, listener or learner to react with a pedantic stance on change and dismissal of pastures new.

Ticking boxes is something we all undertake, be it figuratively when selecting our commute home or literally when engaging in work tasks. It overtakes whole buildings and governments by way of diversity programmes and gender quotas.

It is sacrosanct with the modern Western day and would be cruel to berate those who align themselves alongside them to think any differently. But just as past referenda have proven – it is the emotionally charged topics that cut the sharpest.

Women, of course, have biological clocks to consider. However, that narrative has grown more changeable with time. Women over 45 are having more babies than ever, births to women aged 25 and under have steadily decreased since records began and the option to forgo children has been given a leg-up by way of a smashed stigma around contraception.

On a more sour note, in this world of aggressively accessible information, we are also privy to the fact that one in five women in Ireland who have been in a relationship have been abused by a current or former partner and one in two women murdered in Ireland are killed by their boyfriend or ex.

In the UK, domestic abuse increases during all major sporting events. This is especially true of the Football World Cup.

While it is, of course, true that #NotAllMen are barbarians, aggressions such as this permeate through society in difficult ways. Not even presidents are immune to 'locker room talk' and even more well-mannered men equate their wives as bad cops from time to time.

These exclusively relationship-based situations are often borne out of situations where one party can be relied on to remain silent and conceal the true identity of the other. Perpetuating the adage that You Don't Know What's Going on Behind Closed Doors.

In a time when mental health is actually being considered for once, the stigma around taking time to be with oneself has never faltered.

Is it better to be in a failing relationship than not to be in one at all?

The stacking of relationships on top of one another is also something, we've been told, is unhealthy. Yet, is the generation gap between boomers and millennials so great that some method of box-ticking – be it healthy or not – so needed?

For those of us sinking under the weight of hand-placed cultural guilt by way of a breakup or just that you haven't found The One just yet – it is important to remember that a relationship isn't an achievement, no matter how alone you feel right now.

Although some would have you question otherwise – everyone is more than just their relationship, despite what Aunt Mary would have you believe over Christmas dinner.