How do you leave a responsible comment about someone's weight? You don't. 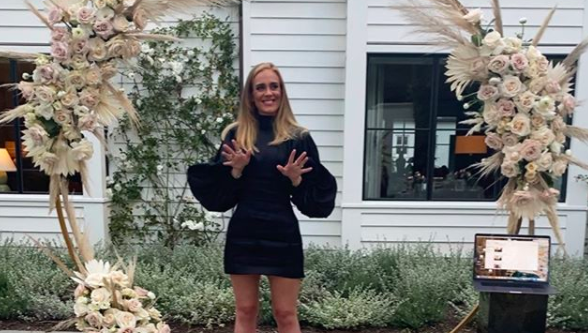 Give yourself (and others) a break.

As young women who have grown up tabloid-adjacent within the era of morbid obesity, we've been programmed to believe that – akin to publicity – any weight loss is good weight loss.

Matching that, the years since 2006 have hardwired us into believing that we are made solely to be looked at.

That nothing is as important as hijacking public gaze and feeding off the social rewards and viewership attachment that follows.

It's not ideal, but it makes sense.

The great divider between millennials and baby boomers is that of the introduction of everyday technology. The pastime shift has levelled up from earmarked books and one-size-fits-all boardgames to an entirely paperless sphere of moving pictures and image-based realities.

Our heroines have changed, too; from Jo March to Kim Kardashian and Matilda WormWood to Megan Thee Stallion. While this is neither objectively good or bad (say what you want, but both are modern feminist icons), it's brought with it a direct urgency that lends itself to narcissism.

The tyranny of which has cemented certain ideas into existence that have always been there but corporeally denied; that the 'perfect woman' is a fictional figment of digital enhancement to sell movies, market eyeliners or shine a light on what body-type is en vogue at that time.

The obligation to obey the anatomic status quo in a rushed fashion is a tango danced by most, partially fuelled by comparison.

It is exactly this self-optimisation-based lust that leads us to believe that decency is secondary, far outweighed by the importance of outer beauty.

My life, like many others my age and younger, has been structured by the growth of the internet; back in the years when it appeared innocent, and now perhaps even more so.

For those of us who slot into the millennial or Gen Z categories, the internet was a virtual finishing school which incrementally taught us the importance of both social class and brave faces.

We've also, thanks to social media, grown accustomed to the act of assumption, given the practice most undertake – executing a highlight reel of curated content in lieu of a more accurate representation – peppers through our lives far more often than actual truth.

Pinned as the more mysterious of the sexes, the connotation that women are not meant to be understood has resulted in shrewd marketing campaigns teaching us how to think about the so-called 'fairer sex'.

The assumption that women are perennially chasing weight loss is one with which we are all familiar.

What was once solely attributed to women carrying baby weight, 'bouncing back' has now entered the vernacular for anyone who's harbouring a hangover or dared to indulge festively.

The 2017 film "To the Bone,” the new movie from Marti Noxon, stars Lily Collins as a young woman with anorexia and Keanu Reeves as the vaguely unconventional – see: bearded and expletive-laden – doctor who treats her. 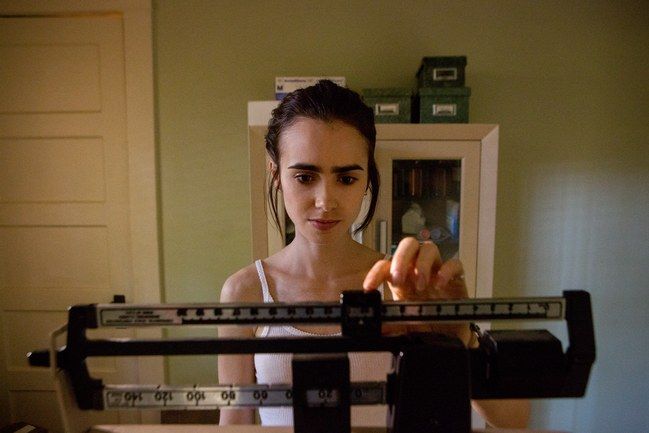 Noxon, a former anorexia nervosa sufferer herself, penned the tale about her own life, which saw her drop life-altering amounts of weight dramatically throughout her teens and twenties. The show's protagonist, Lily Collins, too grew from a similar existence – as was the pair's repeated trope on the press circuit.

The piece is clearly meant as a departure from the overly-produced and melodramatic cinematic explorations of anorexia of yore, opting instead to shine a sarcastic and jaded light on the psychological issue at hand – one overly familiar with teenage girls, the exact demographic with which this narrative feels familiar.

The film's style is straightforward and familiar and essentially didactic; its world is peopled with hysterical women and charismatic men and despite the show's adamance to veer from glamour, all cast members are beautiful – be it in the traditional sense or the aspirationally troubled way that separates them from the banal.

Collins lost weight for the movie—a pursuit that is generally dangerous for recovering anorexics—and in the middle of filming an old friend told her, “I want to know what you’re doing, you look great!”

It’s artistically fundamental and at the same time seen as morally troubling, even medically inadvisable for some viewers. (There’s a content warning before “To the Bone” begins.)

Despite Noxon's intentions, the film's cardinal principles – that thinness is equivalent to correctness and that the body needs to be controlled at all costs – are powerfully lodged into the mind of every societal member for whom wipeout-plagues and cautionary air-raids are not familiar.

This is, essentially, why disordered eating is contagious: the practice plays to the fundamental desires of being adored and being better than. Not to mention, it almost always brings social rewards.

Girls star and internet plaything Lena Dunham touched on the subject in a recent Instagram post, which compared two variations of her body several months apart.

On the left: 138 pounds, complimented all day and propositioned by men and on the cover of a tabloid about diets that work. Also, sick in the tissue and in the head and subsisting only on small amounts of sugar, tons of caffeine and a purse pharmacy. On the right: 162 pounds, happy joyous & free, complimented only by people that matter for reasons that matter, subsisting on a steady flow of fun/healthy snacks and apps and entrees, strong from lifting dogs and spirits. Even this OG body positivity warrior sometimes looks at the left picture longingly, until I remember the impossible pain that brought me there and onto my proverbial knees. As I type I can feel my back fat rolling up under my shoulder blades. I lean in.

In one photo, Dunham is noticeably smaller – something that is understood to have been the result of a rather traumatic life change.

"On the left: 138 pounds, complimented all day and propositioned by men and on the cover of a tabloid about diets that work," she wrote in the caption. "Also, sick in the tissue and in the head and subsisting only on small amounts of sugar, tons of caffeine and a purse pharmacy.

"On the right: 162 pounds, happy joyous & free, complimented only by people that matter for reasons that matter, subsisting on a steady flow of fun/healthy snacks and apps and entrees, strong from lifting dogs and spirits."

To oscillate within oneself is as normal as it is ungovernable, but oftentimes it is exactly that randomised turbulence – hormones, sodium, exercise – that is misunderstood.

To the baby boomers who raised us, rapid weight loss is not only dangerous but extremely foreign.

Millennials onwards have grown in a time where imported foods and disposable money are of an abundance never previously imagined. The generation before us stuffed bras and squeezed fleshy hips into tight clothes to appear curvier. The generation before that idolised the hourglass figures of pin-up girls over the spindly bodies of a life spent labouring.

The concept of presenting sickly or Twilight-esque was so far removed that we seemed ungrateful. They lived in a time where to struggle was to live honourably, so to 'opt-in' to a voluntary struggle was perceived as exhibitionist.

Roxane Gay’s recent memoir Hunger: A Memoir of (My) Body, directs to the notion of how weight gain on a woman can be perversely adopted as a method of self-protection.

Just did a photo shoot with Amanda Demme for a thing. It was a lot. I am not good at being photographed. And stylists, (this one was very kind and talented) have no idea how to pull for fat people because there is nothing to pull and then you have to explain, in front of a bunch of people, that the clothes they pulled won’t fit. It’s great on the ego.

Gay does this by plainly detailing a traumatic incident as a child which sees her rely on food for more than just comfort. With it, she constructs a defensive army to ensure a safe vantage point.

The ability to think clearly and eat without fuss are so intrinsically linked that Ben&Jerrys is as synonymous with break-ups as eggs are with bright, unclenching mornings.

Commenting on body changes are as damaging as they are disposable. One woman's throwaway comment is another's injurious pursuit. A pursuit in which pleasures are equated to traps and the desire to be 'a better woman' quakes under accelerated capitalism.

Disordered eating kills; joy, organs and the passion for bodily fulfilment that a misshapen comment can derail entirely.

For those meaning no harm, perhaps delve into the complimentary statements that stray far from the transitionary – such as enthusiasm or kindness or whip-smart wit. One less likely to descend into a dizzying panic of righting wrongs.

Body Mass Index is the wrong way in which to measure your successes.

You are not the sum of your past jean sizes. Or the voices in your head telling you to skip dessert.

READ MORE: In The Absence Of Faith, Has Productivity Become Our New Religion?