A Spoiler-Free Guide To Season 3 Of Stranger Things

Get up to speed before your inevitable binge. 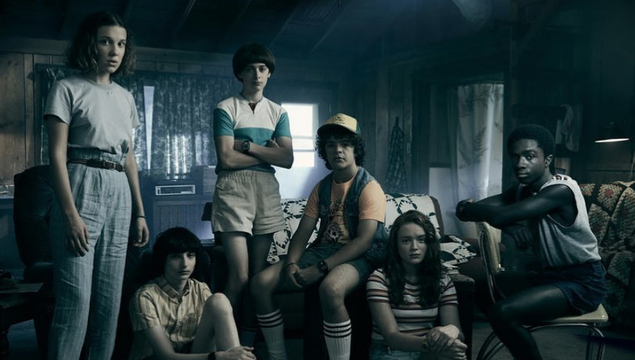 It's been 616 days, 14,784 hours and 887,040 minutes since we last had new episodes of Stranger Things to binge...not that we've been counting or anything. It's safe to say it's been a long time between binges, we've been forced to fast, or at least re-watch the first two seasons on loop for 22 months and ponder what could lie in store for our favourite telekinetic teenager and her friends.

Thankfully the wait is finally over and Eleven is back along with the rest of the Hawkins gang in the third season of Stranger Things. With eight episodes to it, it's one episode shorter than the last season but is no less thrilling.

Considering the fact it's been over 600 days since season two aired, you'd be forgiven for needing a refresher on where we last left off. So with that in mind,  we've gone back and binged watched both season one and two to find out what we need to remember heading into season three and discovered clues we may have missed along the way.

Where We Left Off

Eleven closed the gate (or so we thought) between Hawkins and the Upside Down after the Mind Flayer, the all-powerful force, had taken control of Will Byers. To do that, she discovered new skills and learnt how to better harness her powers after travelling to Chicago where she found her birth mother and found there were others just like her.

Things, it seemed, were starting to finally look up for the kids of Hawkins: Eleven and Mike sealed their romance (she was also allowed to no longer live in hiding); Lucas and Max started dating; Dustin and Steve became unlikely best friends and Joyce suffered a loss when Bob was killed by demodogs.

However, the Mind Flayer remains an issue, and the last time we saw it was in the last image of season two when it can be seen towering over Hawkins.

Where We Start From

Despite a year and a half having passed in real-time, only six months have passed in Hawkins. This means when we see everyone at the beginning of season three, it’s summer 1985.

What Season 3 Has In Store

Everything that happens in season 3 is a spoiler, so to keep this spoiler-free, I can't say anything.

So, instead, I’ll let Netflix do the talking. Here’s the official synopsis for the third season:

"It's 1985 in Hawkins, Indiana, and summer's heating up. School's out, there's a brand new mall in town, and the Hawkins crew are on the cusp of adulthood. Romance blossoms and complicates the group's dynamic, and they'll have to figure out how to grow up without growing apart. Meanwhile, danger looms. When the town's threatened by enemies old and new, Eleven and her friends are reminded that evil never ends; it evolves. Now they'll have to band together to survive and remember that friendship is always stronger than fear."

The main character who we haven’t met before is Robin, an acid-tongued ice cream scooper who works with Steve Harrington. Thanks to her ties with Steven and consequently, Dustin, she ends up becoming a key player in this series.

Other new characters include the corrupt mayor of Hawkins, Larry Kline and the local newspaper reporter, Bruce.

Who To Keep An Eye On

In short, everyone. But unlikely characters of enjoyment this season are Lucas’s younger sister, Erica and Max’s older brother, Billy. Erica has steadily been a character who’s gained more importance over seasons and has been a reliable source of comic relief, but in season three she takes on a more active role.

I can’t speak too much to what’s in store for Billy without spoiling the entire show but to keep things as mysterious as the show, let's just say, it gets a lot darker.

READ: I've Just Got One Big Question After Binging 'What/If'

READ MORE: Why You Should Stop Feeling Guilty For Liking Reality TV