The 12 Sustainability Documentaries You Should Be Watching This Earth Day

Netflix and giving a damn about the planet? 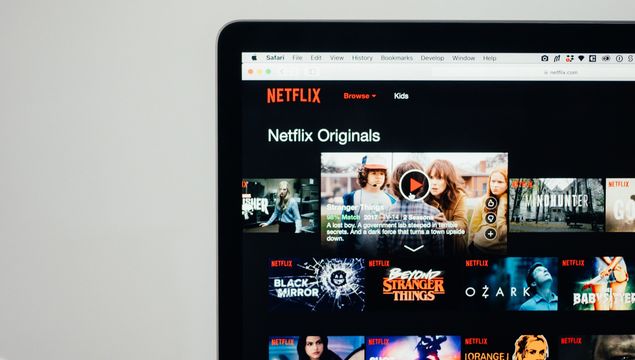 Get smarter whilst lazing on the couch.

The topic of sustainable living seems to be at the top of minds in today's pop culture.

Slow living, ethical fashional, responsible food choices, green beauty and climate change are all topics that have become increasingly important over the past few months. Documentaries, in particular, have been streaming on our screens helping to shine a light on environmental issues

From fast fashion (is shopping really that bad?) to global warming (what will happen if the ice caps actually do completely melt?) and the whole issue of animals going extinct (we can't live in a world without koalas); documentaries are able to address the most pressing issues that should be keeping the world’s leaders awake at night, all whilst providing some clear instructions on what we can do to turn things around.

With that in mind, we've rounded up the sustainable documentaries that spurred us into making #onesmallchange. So break out that zero waste popcorn, grab a blanket, and learn something new about the world we live in...

The True Cost pulls back the curtain on the fashion industry to give viewers an honest look at the human and environmental costs of producing clothing. Featuring a stellar lineup (Stella McCartney, Livia Firth and Lucy Siegle), filmmaker Andrew Morgan goes to various parts of the planet to witness first-hand how fashion manufacturing processes are affecting both people and the environment.

Here, Alex James switches his bass guitar for a camera as he takes a closer look at the fashion industry, and how consumers' seemingly unquenchable thirst for cheap clothing is having a huge effect on the environment and workers, both in the UK and abroad.

Focusing on India, the world’s largest exporter of cotton - this film investigates the correlation between the staggering suicide rates among Indian farmers and the introduction of Monsanto engineered GMO cotton seeds.

Did you know that if bees were to disappear from the globe, mankind would have only four years left to live?

In More Than Honey, Oscar-nominated director Markus Imhoof tackles the issue of why bees are facing worldwide extinction.

Rather than taking a purely ‘save the animals’ stance on animal agriculture, Cowspiracy digs deep into its environmental impact as the leading cause of carbon emissions, global warming, deforestation, and just about everything else.

Earthlings takes an unflinching look at our treatment of animals used for food, fashion, science and entertainment.

The film is narrated by Joaquin Phoenix, with haunting music by Moby. Powerful, graphic and provocative, it’s guaranteed to change the way you view your consumer choices and even humanity itself.

As a United Nations Messenger of Peace, Academy Award-winning actor DiCaprio travels to five continents and the Arctic to witness climate change firsthand. He speaks with the Pope, activists in India, scientists in Greenland, and President Obama. And he urges us to think about how we’re impacting our climate.

Alongside a group of scientists, cartographers, and other associates, Iadarola and Madlena report from remote Arctic locations in order to discover how climate change is affecting local populations and ecosystems.

In the same way that Blue Planet exposed the heartbreaking realities of our plastic consumption on ocean wildlife, Our Planet is having an equally powerful effect on our attitudes towards climate change.

Sir David Attenborough is once again, highlighting the severity of our planet’s future and the wildlife that inhabit it. “What we do in the next 20 years will determine the future for all life on earth”, he declared at the star-studded series premiere.

How might your life be better with less? This documentary explores the life of a minimalist, looking at what we think makes us happy, in comparison to what actually does.

Joshua and Ryan take you into the personal lives of those who already live with less, and look at how they find meaning in life. Get ready to be inspired and make your life lighter.

Plastic Paradise is an American journalist and filmmaker Angela Sun’s journey to uncover the phenomenon of the Great Pacific garbage patch. Through encounters with scientists, researchers and volunteers, she shows us that our reliance on, and consumption of, plastic is more insidious than we think.

Located just outside Brazil's Rio de Janeiro, lies the world's largest garbage landfill. Modern artist Vik Muniz works with the men and women who pick through the refuse, to create art out of the recycled materials.

READ MORE: What Exactly Is A Circular Economy?