#ThisIs20 – 7 Things That Need To Change For Women In Ireland 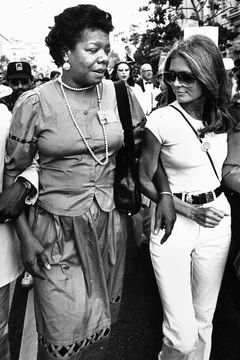 To reflect the occasion, we have devised a whole season of birthday touchpoints, each designed to consider what 20 years of female Irish achievement means, and what the next 20 years could hold.

Here, we consider what systemic change is needed to improve the lives of all women – and, in turn, all people – of Ireland.

1. An even split in domestic responsibilities

COVID-19 unearthed a number of truths during its all-encompassing takeover of 2020, one of which was the uneven division of domestic responsibilities in the home. During a time when most all of us were working remotely, women seemed to be bearing the brunt of housework as well as childminding, while also holding down a full-time position.

While the tides are changing on this front, these cultural roles have long been cemented into Irish society – and will need questioning, changing and a redefinition of roles to move forward.

We've spoken at length about how a more equal political sphere would benefit the nation of Ireland (according to the last Census, there are 53,009 more females than males in the State – meaning more women should have a say when it comes to governance) but while more women are growing interested in politics, perhaps the last bastion of Irish misogyny is that a woman has never risen to the role of Taoiseach.

When it comes to women in politics, the playing field has been seriously unbalanced since the foundation of our parliament, particularly at the cabinet table. Damning statistics speak for themselves – with the inclusion of a Gender Quota deemed necessary in 2016 – but still don't protect superb female politicians from the boys club that is Leinster House.

It’s clear that gender quotas need to be reinforced by way of a total political overhaul to further encourage and support more women keen to enter the arena. Only when a growing group of women are seated in the Houses of the Oireachtas will issues such as the gender pay gap, the rising cost of childcare, the need to overhaul sentencing for sex crimes and tackling domestic violence become core issues in parliament rather than afterthoughts.

Just this year it was discovered that Ireland's gender pay gap is widening instead of closing.

Despite Ireland's commendable performance in every one of the study's other indicators – female labour force participation, the gap between male and female labour force participation, female unemployment and female full-time employment rate – the perennial 13% gender pay gap harks back to the core of Irish prejudice against women year in, year out.

The most striking thing about Ireland's tendency to financially support men over women is its systemic nature. According to IrishJobs.ie, female graduates – across the industries of IT, law, business and engineering – expect to earn up to 14% less than their male counterparts annually. It starts at the bottom.

Until this narrative is flipped, equality will never be present in a boardroom. Or outside of one, for that matter.

In a recent survey by The Irish Examiner, it was discovered that two-thirds of female TDs and senators have been sexually harassed or denigrated in the workplace.

"A culture of silence, turning a blind eye, and power structures with men in the majority — all only serve to protect harassers. With how society views those who come forward, it is all enough to put anyone off speaking out," writes political correspondent Aoife Moore.

And it's not exclusive to Kildare Street. New data published by the Central Statistics Office shows that only 11% of sexual offences reported last year were detected, lower than any other type of crime. Along with the low detection rate, very few people who are victims of sexual assault actually report the crime to Gardaí because of stigma and a fear that nothing will come of it.

Domestic violence is one of the most unreported, undocumented and unprosecuted crimes on our statute books. Over 300,000 people in Ireland have been severely abused by a partner at some point in their lives. The majority of them, women.

Domestic abuse charity Safe Ireland – which also acts as a de facto umbrella body for the 37 refuges and bodies around Ireland – estimates that additional funding of €1.6 million is needed urgently for accommodation, PPE, technology and professional staff during the pandemic. This desperately needed extra funding could secure protection, allocate barring orders or provide transport for those suffering in rural areas and/or with small children.

The barriers to women's involvement in sports are both numerous and complex. The physical activity gap between boys and girls begins early – sometimes as early as three years old – with girls withdrawing from sports at twice the rate of boys by age 14.

The Gender Play Gap, as it's called, has been researched at length trying to address the question of why women drop out of sport at such a young age. It's been discovered that the reasons are tenfold, relating to the individual as well as social and environmental and even genetic and evolutionary factors.

For those who manage to go against the odds and continue with physical education, the odds are still stacked against you by way of pay and sponsorship. Thankfully, bosses, managers and coaches are (slowly) being held accountable. Although US-based, one of the best missives to read on this is Power Plays by Lindsay Gibbs, described in the tagline as ‘a no-bullshit newsletter about sexism in sports’.

Period poverty is defined as the inability to afford period products and is a significant equality and equity concern.

Just last year, a group of English activists single-handedly created a world in which sanitary products are dispensed freely to those who attend school. Following the Scottish model, tackling period poverty is now firmly on the agenda thanks to a cross-government push.

Following the footsteps of our British counterparts, the Seanad just months ago passed a motion on “period poverty” proposed by the Oireachtas Women’s Caucus, having already been passed by the Dáil in March 2019.

The motion calls on the Government to provide free, adequate, safe and suitable sanitary products in all public buildings, and to arrange more comprehensive menstrual education in schools. It also calls for the Government to prioritise the issue of menstrual equity for gender equality as central to its overseas development programme. However, such a movement has not yet been implemented.

Homeless women, those struggling with the COVID payment throughout 2020 and women living in direct provision are particularly vulnerable to this – on top of all the other issues they are facing because of their living situations.

A cultural viewpoint needs to be taken, too, given that an advertisement for sanitary product brand Tampax was taken off air earlier this year for being 'crude, vulgar, unnecessary, embarrassing, distasteful, inappropriate and over-descriptive'.

A simpler and more respectful life for women could be created should these barriers be seriously considered. Until then, we keep fighting.

READ MORE: #ThisIs20 – 20 Books Everyone Should Read In Their Twenties