Baking As A Vegan Is Easy - Once You Know How

Bring out your baking tins! 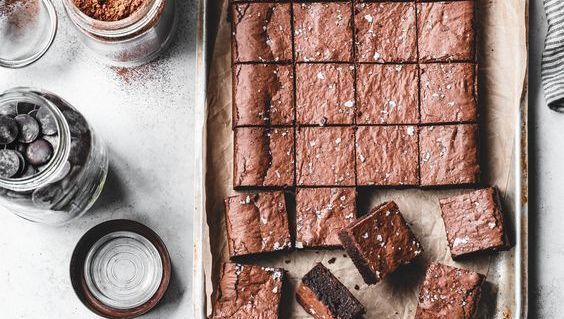 As the saying goes, baking is a science. If that’s the case, then maybe you think vegan baking must be like rocket science, but it doesn’t have to be so difficult.

The key to vegan baking is knowing what to avoid, so eggs, butter, milk and the like, and how to replace them. Once you’ve mastered the basic principles of baking sans dairy, you’ll be whipping up plant-based treats like a pro in no time

Dairy is obviously a no-no, which rules out cream, milk and more regular baking basics. To replace milk in your baking you need to think about the end result: if you’re making a cocoa flavoured bake, you can definitely get away with hazelnut milk as it will add to the overall flavour. If you’re making something with more of a simple flavour, you need to carefully consider which alternative milk you add, as you don’t want to overpower the taste. Soya milk is a good option as it has no overwhelming flavour, but our favourite is oat milk. The texture and taste of oat milk only serve to enhance your bakes, so play around with it to see if you like the taste.

Cashew cream requires a little bit of effort but the end result is totally worth it! By soaking and blitzing cashews in a blender, you end up with a silky smooth, thick liquid that can be used in the place of cream. The possibilities are endless: Want to make vegan ice cream? Cashew cream. Need a base for a sauce? Cashew cream. Craving some whipped cream with your cake? Cashew cream but whip it up. Basically, what we’re saying is, you need to try some cashew cream! Click here for a recipe for cashew cream plus some ideas for what to do with it.

Aquafaba (which literally translates as water bean) burst onto the scene last year. Who knew that the liquid from a tin of chickpeas could be so useful? You might have seen mentions of this vegan miracle online, especially as meringue substitute, but there are countless ways you can use aquafaba, including vegan aioli, fluffy brownies and more! Click here to see a basic recipe for aquafaba meringues.

Eggs really are a key component of many baked goods, but there are so many plant-based alternatives you can use to ensure a successful bake:

There are so many alternatives that can be used in place of non-vegan ingredients, but it’s all about what suits you best. If you’re using a recipe that calls for maple syrup, but you’re not fond of the taste, then try it with agave syrup. If you don’t really like coconut oil in cakes then you can sub in rapeseed oil or another mild-flavoured oil in its place. Baking is all about experimenting to find out what you like, so make sure you play around with ingredients to perfect your baking.

This article originated on our sister site, Food & Wine.

READ: This County In Ireland Was Just Voted The Vegan Capital Of The World