A Spoiler Free Guide To Euphoria Before Tonight's Irish Premiere 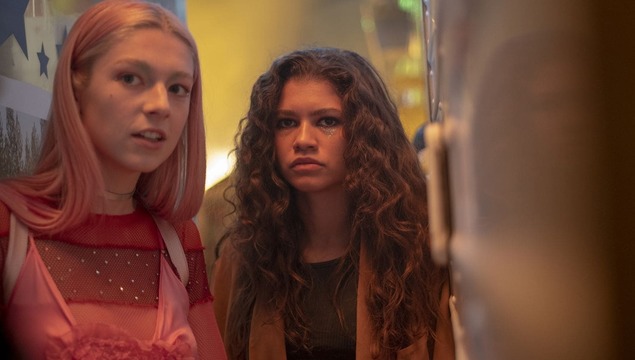 Prepare for graphic sex scenes, drug use and a whole bunch of neon eyeliner

Move over Scandi noir; TV shows adapted from Israeli series are where it's at right now, thanks to the ever-growing buzz around the new dark teen drama Euphoria.

Heralded as an "after-school special" of 13 Reasons Why, with scenes involving graphic sex scenes, drug use and a shot of 30 penii, the show stirred up quite the controversy after its premiere on US televisions back in June.

But where 13 Reasons Why romanticises suicide and its aftermath, Euphoria examines what it's actually like to be a teen today - no subjects spared.

HBO has just announced that the first series of the drama will premiere in the UK and Ireland tonight, on August 6.

Here’s a spoiler-free guide to Euphoria ahead of tonight's UK and Ireland premiere.

wHAT IS EUPHORIA ABOUT?

The original Euphoria (or אופוריה) aired on Israeli TV from 2012 to 2013 and offered a no-holds-barred look at the underbelly of teen life. You don't need to understand Hebrew to know from this one-minute trailer of the original that the show was full of sex, drugs, alcohol, nudity, and violence.

With themes of sex, drugs, alcohol, nudity and violence remaining in the new version, HBO is taking a slightly different narrative. The story is told from the perspective of Rue – a recovering drug addict who returns to high school after spending time in rehab. It follows the 17-year-old and a group of classmates as they struggle with questions surrounding sex, love, abuse and their place in a hostile world.

The new adaptation is written by Sam Levinson,= (the man behind 2017’s The Wizard of Lies), and it’s produced by none other than Drake. 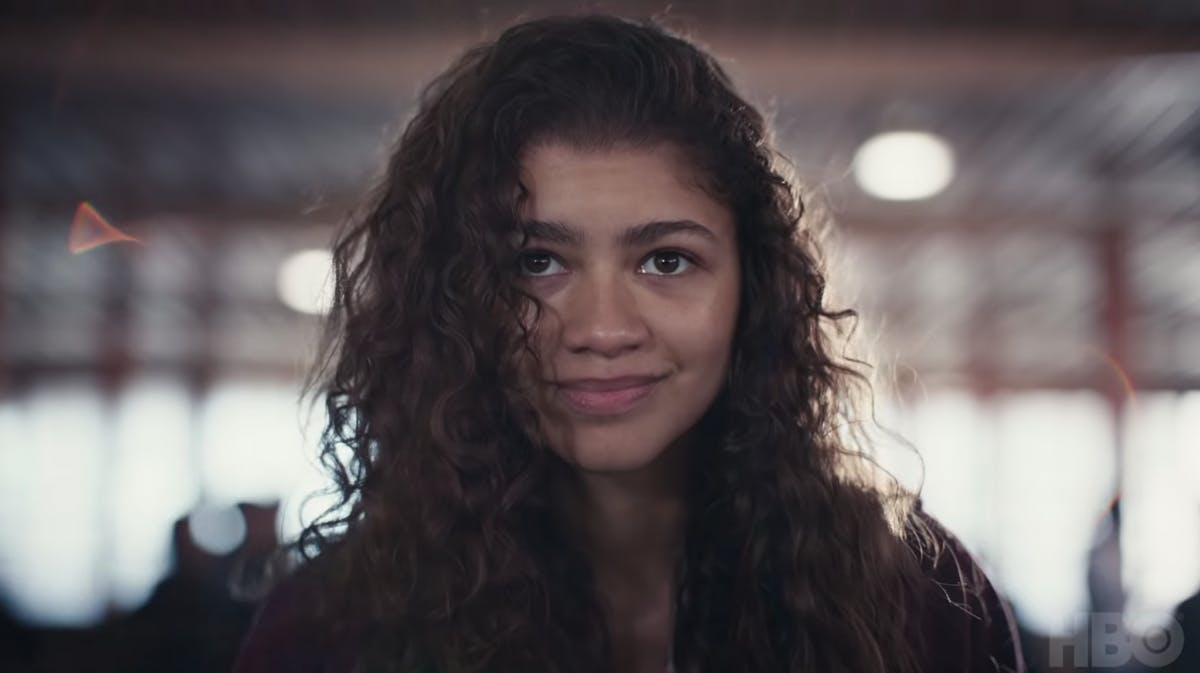 Who Stars in euphoria?

Anchored by Zendaya, the cast of Euphoria is packed with buzzy young actors and models.

Hunter Schafer gives a stunning breakout performance as new student Jules with whom Rue develops a complicated relationship, and Maude Apatow of Girls fame joins her as Lexi. Other stars include Sydney Sweeney (Sharp Objects), Eric Dane (The Last Ship), Algee Smith (The Hate You Give) and Jacob Elordi (The Kissing Booth). 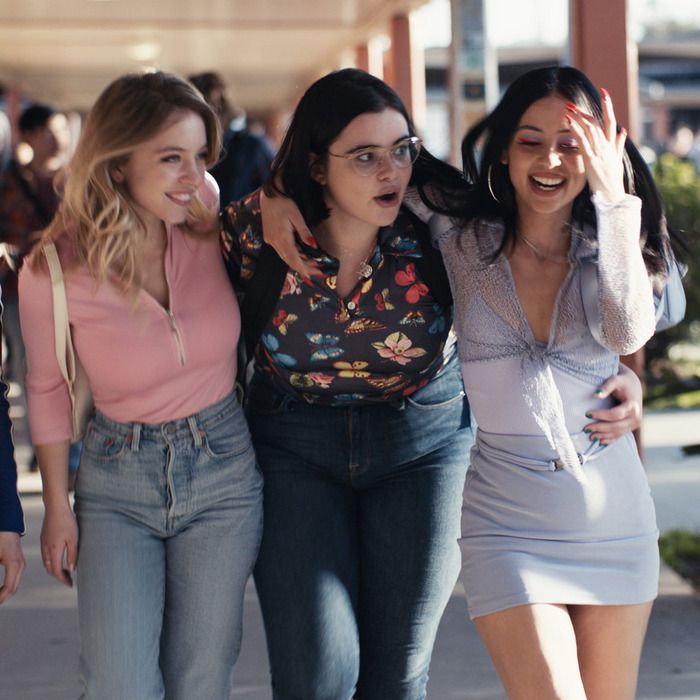 What about harry styles?

When the series first aired on US television, it caused quite some controversy - asides from that explicit scene purportedly featuring 30 penises. The first episode contains a particularly graphic sex scene featuring a cartoon version of Harry Styles and former bandmate, Louis Tomlinson. Styles has yet to speak out on the matter but last month, Tomlinson took to Twitter to clear up the controversy saying he “was not contacted” nor did he “approve” it.

I can categorically say that I was not contacted nor did I approve it.

Is THEre a TRAILER?

Yes, but be warned, it's pretty intense.

What are critics saying?

Rotten Tomatoes gave the series a rating of 79% while it was given an 8.3/10 over on IMDb.

The Guardian has praised Zendaya's performance as the lead character Rue: “Told from the perspective of a 17-year-old drug addict named Rue, who is played with restraint by ex-Disney star Zendaya, the series is a compassionate examination of adolescent longing, as well as an indictment of a culture that is setting young people up for hopelessness,”

Rolling Stone was concerned about the status of the show: "There’s a risk of a show like this trying so hard to be cool that it’s anything but. And there are moments where Euphoria seems to cynically lean into fearmongering about teen recklessness. But the direction by Augustine Frizzell and Levinson is visually striking throughout, full of moments lit to look both menacing and intoxicating."

Vulture added that Euphoria presented a balance between bleakness and beauty: “It is artfully photographed, but often hard to look at because it is so suffocatingly bleak. After watching the first four episodes, I know that I don’t hate this show — it succeeds at sucking the viewer into its vibe and at building some genuine suspense about how certain storylines will play out."

But even Vox who did criticise the show; "I almost had to stop watching it after the first five minutes" found something to love; "Euphoria excels at portraying those moments of hushed, immediate electricity between two people, the ones that hit you out of the blue as a teenager and don’t happen as often as you get older." 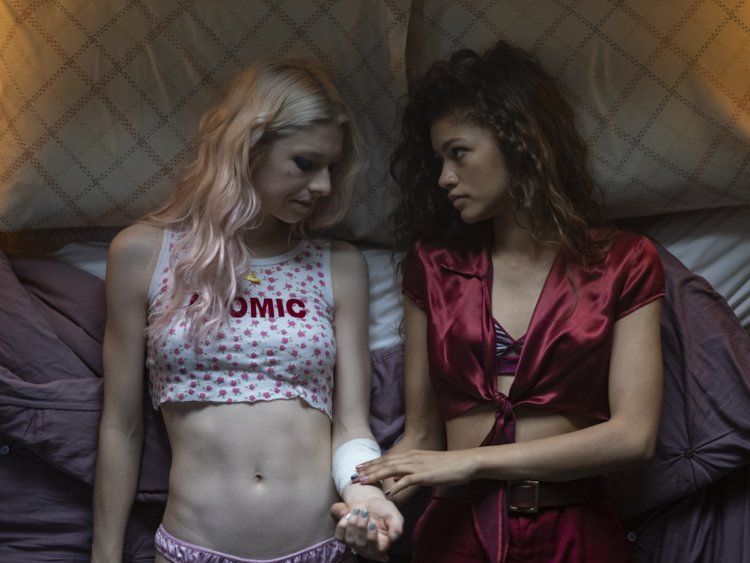 HOW CAN I WATCH?

The drama will premiere on Sky Atlantic and NowTV in the UK and Ireland Tonight, on Tuesday 6 August, at 10 pm. With all episodes available to watch on-demand. 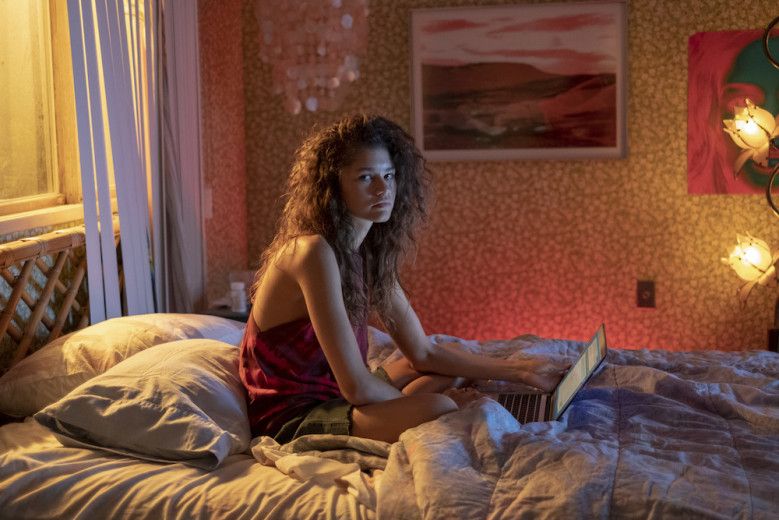 Will there be a second season?

Yes...although we don't have a date just yet.

Last month, HBO announced the show has been renewed for a second season with Zendaya confirming that she too will be returning to show for series two.

Oh, and if you need any other reason to watch...

Leonardo Di Caprio is a fan.

Leonardo DiCaprio on HBO's #Euphoria: "That show is amazing" pic.twitter.com/QQIw4wyYxb

READ: What To Watch Now That Love Island Is Over

READ MORE: What To Watch On Netflix This Month