Everything You Need To Know About The Great British Bake Off, Ahead Of Tonight's Episode

Spatulas at the ready! 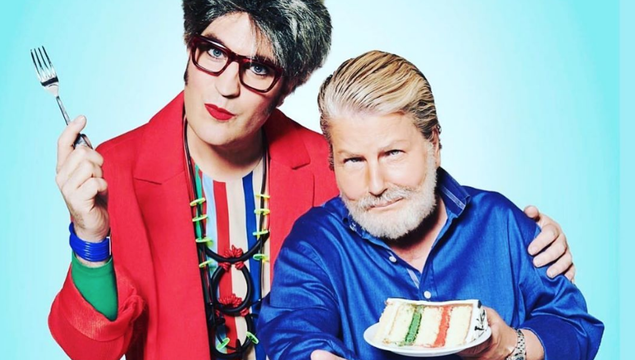 I don't know about you, but ever since Love Island finished, I've been having regular cravings for a summer evening sat in front of the TV, watching Great British Bake Off with a slice of cake in hand.

Yes, it really has very been a year since Rahul Mandal was crowned King of Cake, beating Ruby Bhogal and Kim-Joy Hewlett in the heat of the tent.

Since then, we’ve learned that lemon drizzle is the nation’s favourite cake and vegan baking really is as tricky as last year’s contestants made it out to be (we’re still not over the painful moment when Ruby’s vegan cake collapsed).

And yet, not even Love Island could quite fill the GBBO-shaped holes in our TV schedules...until now. A couple of weeks back Paul Hollywood began to tease out images that the new series would be "coming soon" and today is that day.

WHAT IS THE GREAT BRITISH BAKE OFF?

Really? Okay, we're going to let Netflix take this one: "Amateur bakers test their pastry-making skills and face judges Prue Leith and Paul Hollywood to compete for the title of Britain's best baker." 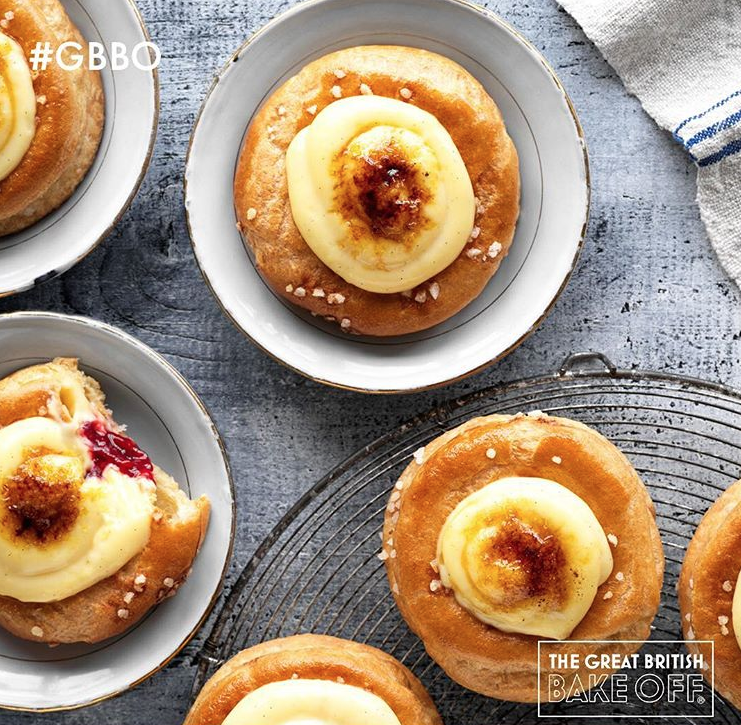 WHO ARE THE CONTESTANTS?

This year, half of the bakers are in their 20s, making it the youngest bunch ever on a GBBO series. There are also 13 contestants, rather than the usual 12, which leads us to believe things might be a little different in the upcoming series. Meet each of the bakers below:

Here they come, rolling up their sleeves. They bake the tastiest treats, for everyone they meet. Hey, hey, it’s the bakers! And Series 10 is coming around! #GBBO. Tuesday 27th August. 8pm. pic.twitter.com/D9KYRsIaaF

Who are the judges?

Prue Leith and Paul Hollywood will be back to dish out praise, criticism and those sought after handshakes.

Prue proved herself as a formidable force in the food industry well before breaking into TV three years ago. She opened her first restaurant, Leith’s, in 1962. The restaurant went on to earn a Michelin Star, before Prue founded her own cookery school, Leith’s School of Food and Wine, in 1975.

Paul, however, is the only member of the presenting team to make the move from the BBC to Channel 4. Starting his career as head baker at some prestigious hotels, including the Chester Grosvenor, Cliveden and the Dorchester in London, as well as two hotel resorts in Cyprus, he sealed his reputation as an authority on baking with his best-selling cookery book 100 Great Breads, first published in 2004. Since the success of The Great British Bake Off, he has presented Paul Hollywood’s Bread and also Pies and Puds on the BBC, as well as co-hosting US series The American Baking Competition for one season in 2013. 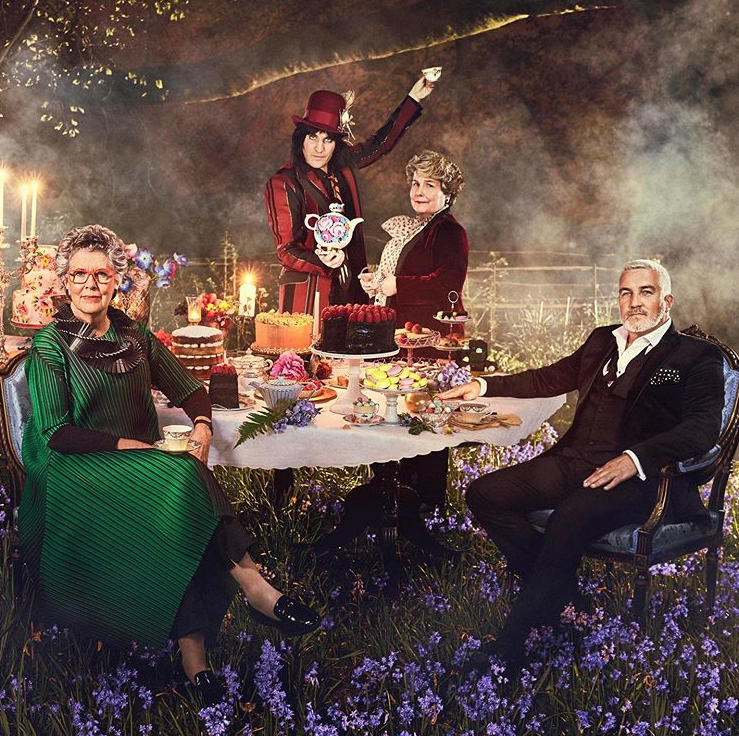 Who are the presenters?

With her jazzy shirts and witty one-liners, Sandi Toksvig is returning for another season. Having previously appeared on shows such as Whose Line Is It Anyway?, Mock the Week, and Have I Got News for You, Toksvig later took over from Stephen Fry as QI quiz master. On top of this, she has written countless books and plays, and has been a big part of the creation of the Women's Equality Party.

Arguably the best part of the show, Noel Fielding is too set to return our screens tonight. Noel is best known for his surreal brand of comedy, which is portrayed in the hit cult TV shows, The Mighty Boosh and Noel Fielding's Luxury Comedy. Noel has also appeared on Channel 4 for memorable appearances on the Big Fat Quiz of the Year series, where he was put on teams with stars including Russell Brand and Richard Ayoade. He also appeared in the IT Crowd as the office goth, Richmond. 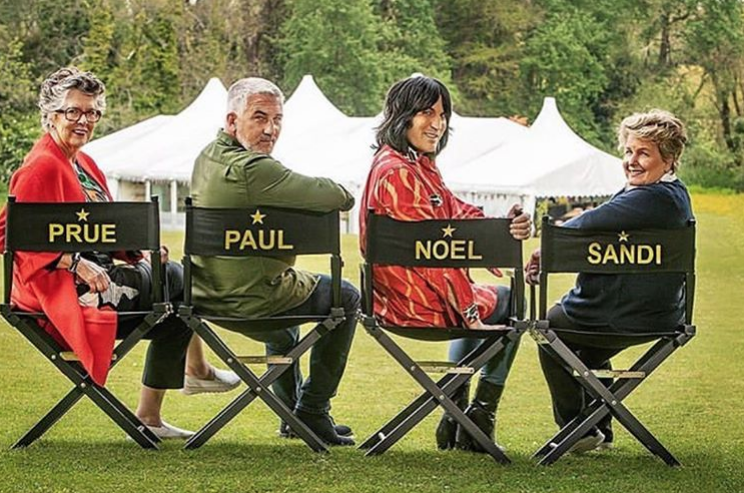 IS THERE A TRAILER?

There most certainly is! And it's as bonkers as you'd imagine. It starts with a news reporter telling viewers that there is chaos in supermarkets thanks to baking fever. The advert celebrates diversity with shots of a young girl about to stir cake mixture with her prosthetic metal arm, and a drag queen sharing a pot of tea and biscuits with an elderly white woman. This spreads the message that baking is an inclusive activity that anybody can get joy from. Let’s park the scene where a woman gets down on her knees to worship a painting of head judge Paul Hollywood, for now…

HOW CAN I WATCH?

The Great British Bake Off returns to Channel 4 in the UK and Ireland Tonight, on Tuesday, August 27, at 8 pm. With each episode available to watch on 4od once aired. Judging by previous years, the competition is likely to run for ten weeks until October. 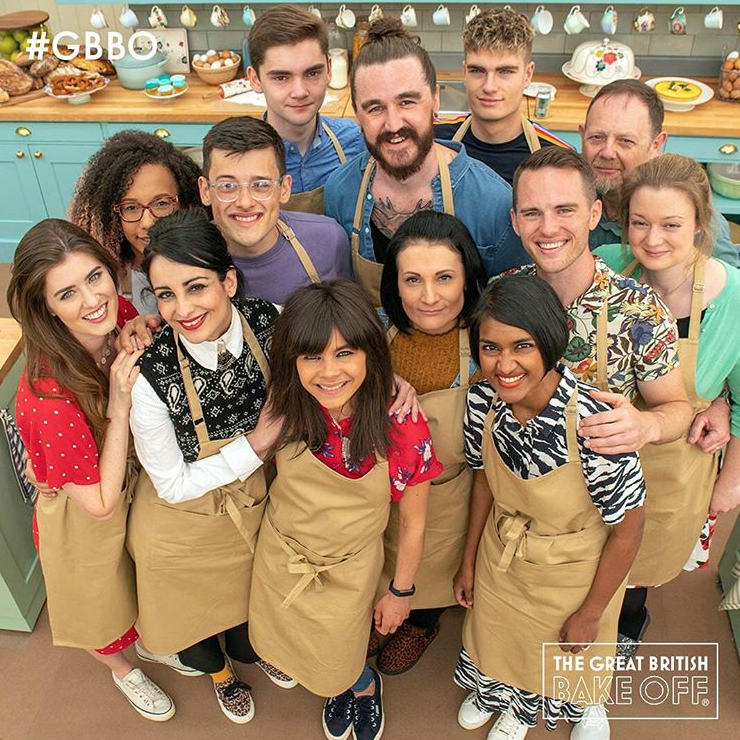 Can I enter the Great British Bake Off 2019?

Sadly applications have now closed for this year's show. See you in 2020..? 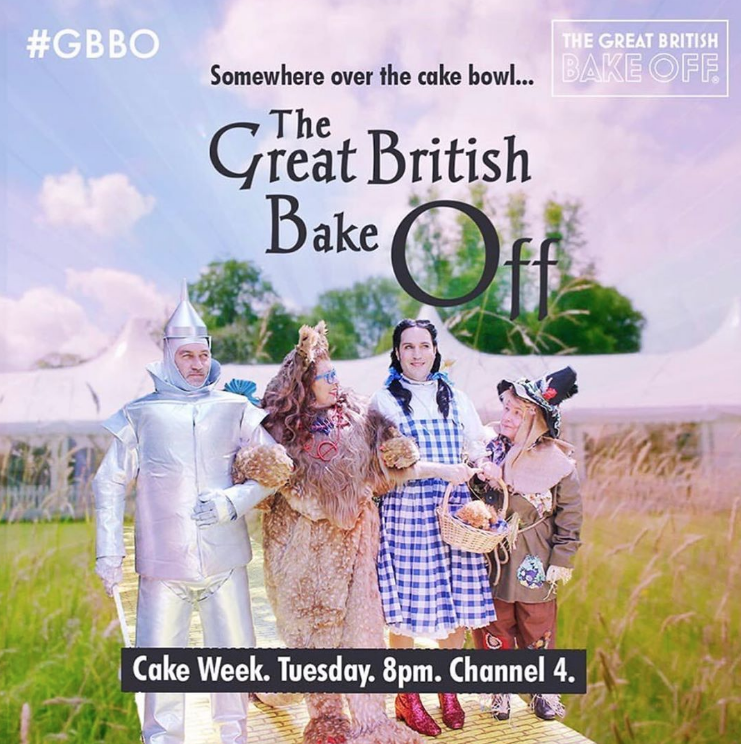 READ: WATCH: Timothée Chalamet Is A Brooding 'King' With A Heavenly Bowl Cut In New Trailer

READ MORE: The Reason Maura Higgins Has Cancelled A Number Of Appearances

Related: Television, what to watch