Question: What Are Instant Pots And Why Is Everyone I Know Using Them? 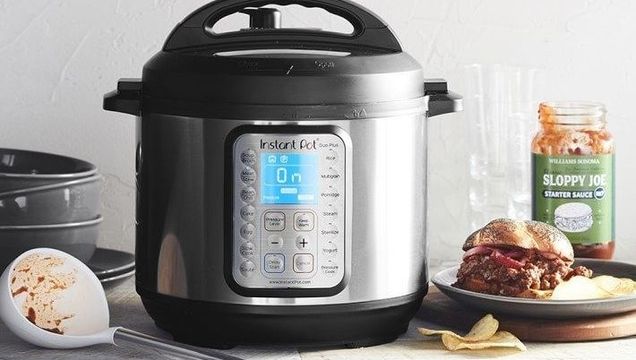 A pressure cooker, slow cooker and yoghurt maker all in one, the Instant Pot has revolutionised the way Americans cook, but what’s it really all about?

According to the Instant Pot website, the brand is Amazon’s bestselling brand. A community of Instant Pot devotees have sprung up around the appliance, with the brand’s Facebook community boasting over one million members that regularly share tips, tricks and recipes. The company that created the Instant Pot was founded in 2009 by a team of Canadian tech whizzes who wanted to help “busy families and professionals to prepare quality food in less time, promoting better eating and reducing the consumption of fast food”.

The appliance is certainly popular, with Amazon reportedly selling over 300,000 Instant Pots on Prime Day 2018. Even with these statistics, only around 11.5% of the American public actually own an Instant Pot (or two, or three..) so there is a massive market available for the product to further grow in.

This cooking time, however, does not include the time needed to bring the pot up to pressure or the time required to let the steam escape, so four-minute bolognese is more like 35-minute bolognese. This leads us to one of the main issues associated with the Instant Pot: It doesn’t develop flavour in the same way that stovetop cooking does. While it does have the ability to sear food, the low temperatures aren’t conducive to much flavour development.

Slow-cooking has also become a bit of a phenomenon over the past few years. Most blogs offer cookery directions for both stove and slow-cookers. It’s easy to see the appeal: toss in a few ingredients, switch it on and come back eight hours later to find a fully cooked meal ready and waiting for you. The fact that that the Instant Pot also does this is a great selling point, as combining two products into one saves the consumer money and space.

Sounds perfect, right? Not always, as it seems that the same issue of flavour development during pressure cooking can affect the slow-cooking function of the Instant Pot too. While you can create a multitude of dishes in an Instant Pot, it’s worth noting that these are only useful if you actually plan to use them; paying extra for a gadget with a yoghurt maker that you’ll never use when really all you need is a slow-cooker doesn’t really make much sense.

Slow-cookers are still big news here and pressure cooking is only starting to come back around, so right now, it doesn’t seem like we have a need for Instant Pots. If it is to make an impact in our culinary lifestyles, the mania is still a few years away.

Will the Instant Pot will be the next big craze in Ireland? Don’t bet on it.

READ: 3 Delicious And Comforting One-Pot Recipes For Cold, Dreary Nights In (Like Tonight)

READ MORE:  This County In Ireland Was Just Voted The Vegan Capital Of The World