From what to binge on Netflix to what to eat and where...here's how to spend January. 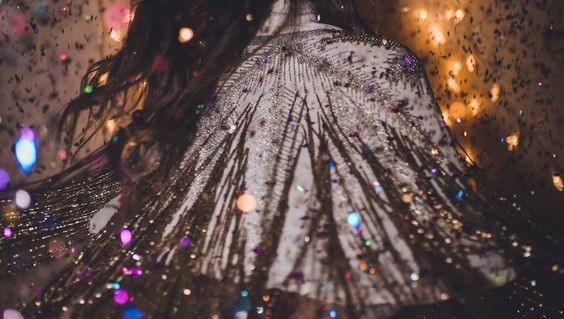 If you ask us, January gets a bad rap. Sure, there's the massive comedown from Christmas. Sure,  we're all broke and sure, the weather is beyond bleak. But with not only a new month, new year but a new decade, comes a fresh start.

And speaking of newness, January brings the arrival of some hugely anticipated Netflix drops, a festival dedicated to the late, great David Bowie and the openings of a whole host of bars and restaurants.

So whatever this month has in store, we've rounded up everything new coming to a city street or screen near you. Save this post to your browser because there's going to come a day where you're wondering how you should spend your day, and we've got the answers. 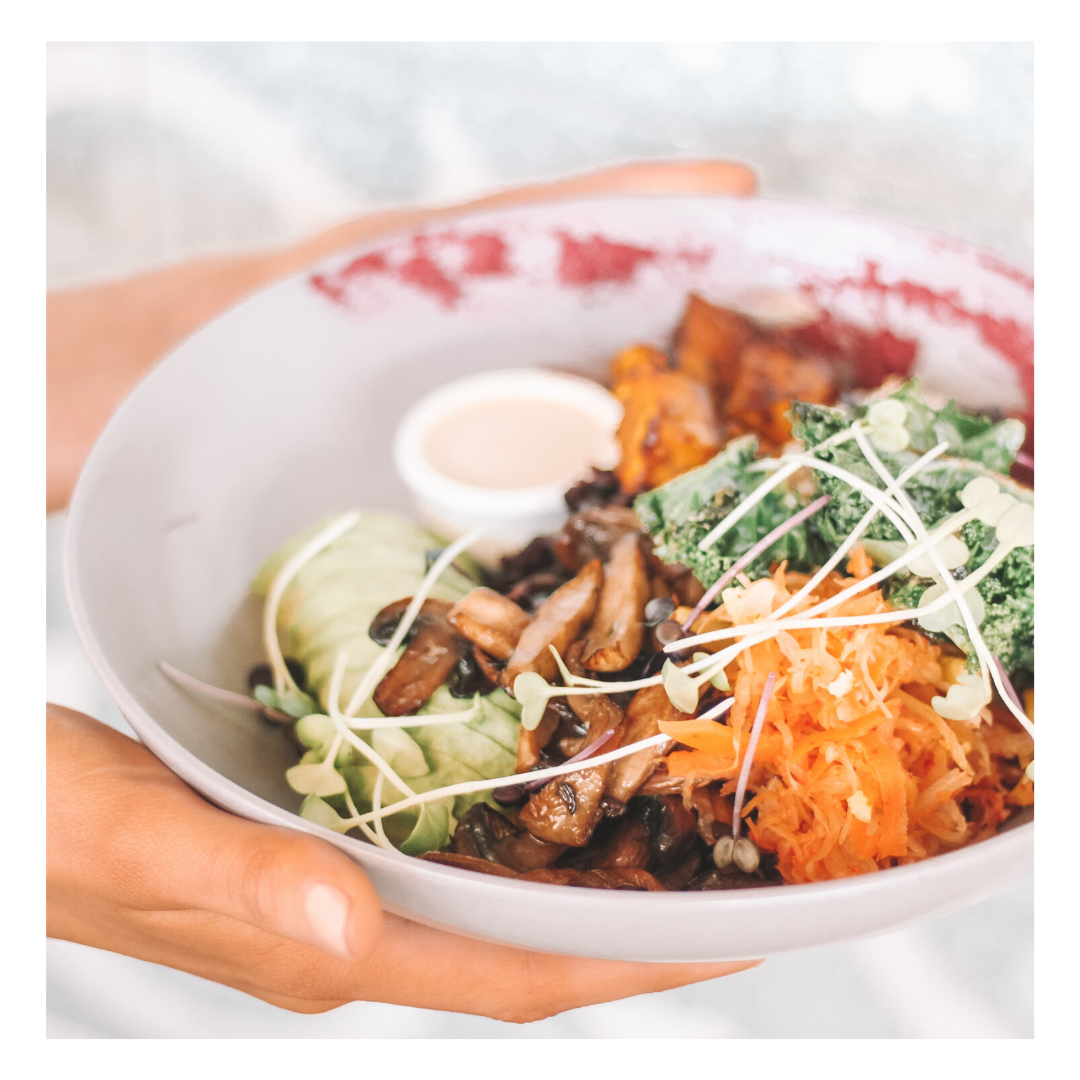 January is here and so are the usual new year’s good intentions (going to the gym, eating less sugar and call your grandma more, anyone?). If half of your friends have already gone vegan in 2019, Veganuary might be a good excuse to try to include more plant-based food in your diet. Once upon a time, vegan cuisine might have conjured up something in your mind along the lines of a rather sad person chewing morosely on a limp lettuce leaf. But it's time to wake up, we're living in a time of vegan McNuggets, for crying out loud. There’s a tonne of plant-based deliciousness out there, from breakfast through to dinner, it just takes a quick google. Happy (non-animal) eating. 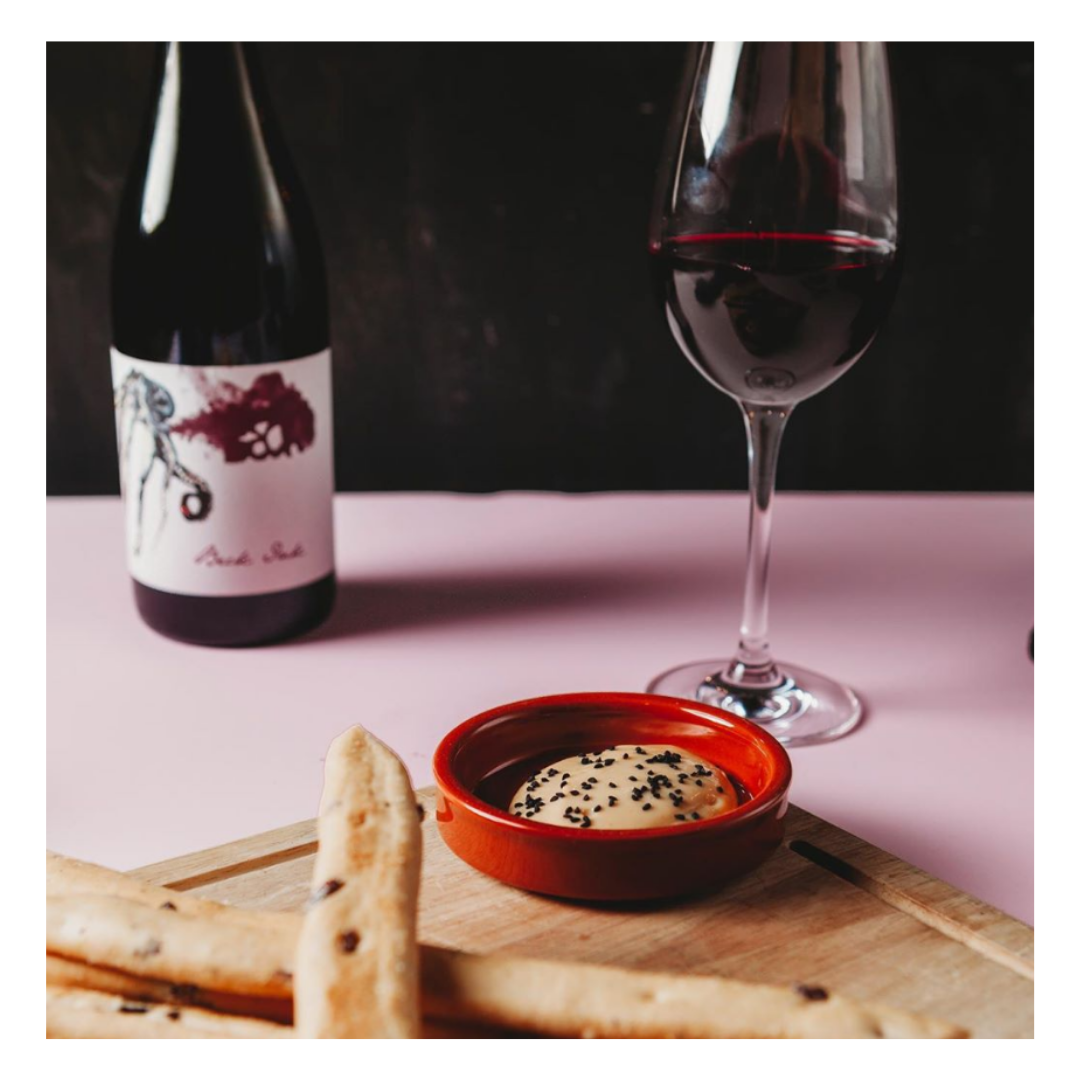 Named after Sir Robert Bagod , Bobby's is a new basement wine bar located on Baggot Street Upper. Consisting of 'classics' (generally well known) and 'Maevericks' (wine with a bit more edge), the new social haunt boasts quite the drinks menu. But proving it really is worth pealing yourself off the sofa, Bobby's also serves food. Executive Chef Holly Dalton has created a menu suited to sharing over a couple of glasses of vino. Think cheese boards and charcuterie plates aplenty. Basically, all your dreams come true. Oh, and there's even a 'chocolate and malt ice-cream sandwich' on the menu. We'll see you at the bar. 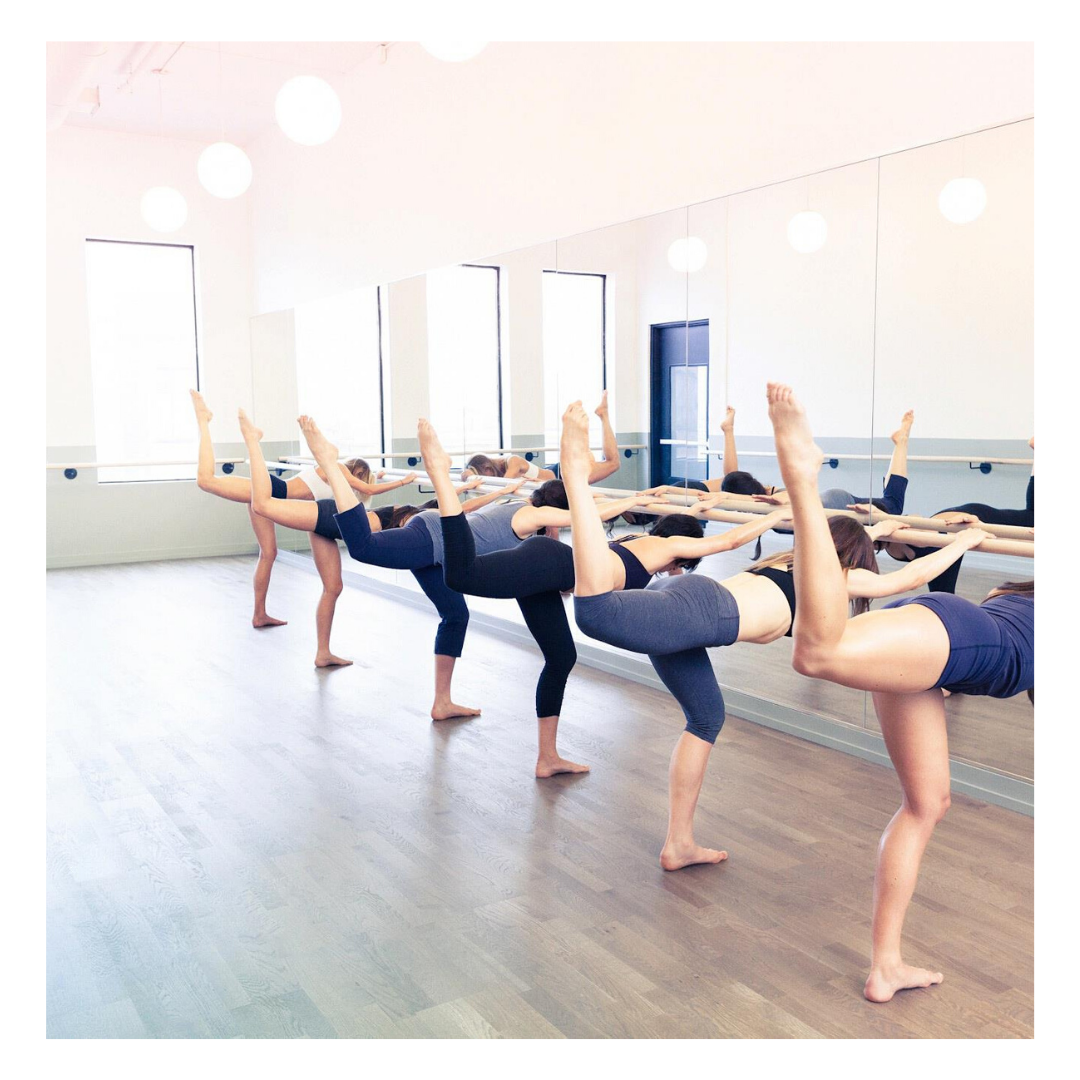 While the ballet-inspired fitness trend has quickly taken over, it isn't without reason that many people are heading to the barre for their workout. With small, isometric movements and a focus on the core, the many barre class benefits go to show that this popular fitness option isn't just a meaningless fad. And thanks to Ballet Bare Ireland, it's easy to jump on this craze. This low-impact exercise is the secret to beautiful posture and flexibility. In addition, a ballet-inspired barre class offers big results by using isometric and highly localized movements to tone your thighs, abs and bum. Ballet Barre Ireland offers hybrid workout classes - combining ballet-inspired moves with elements of Pilates, Dance, Yoga and strength training. 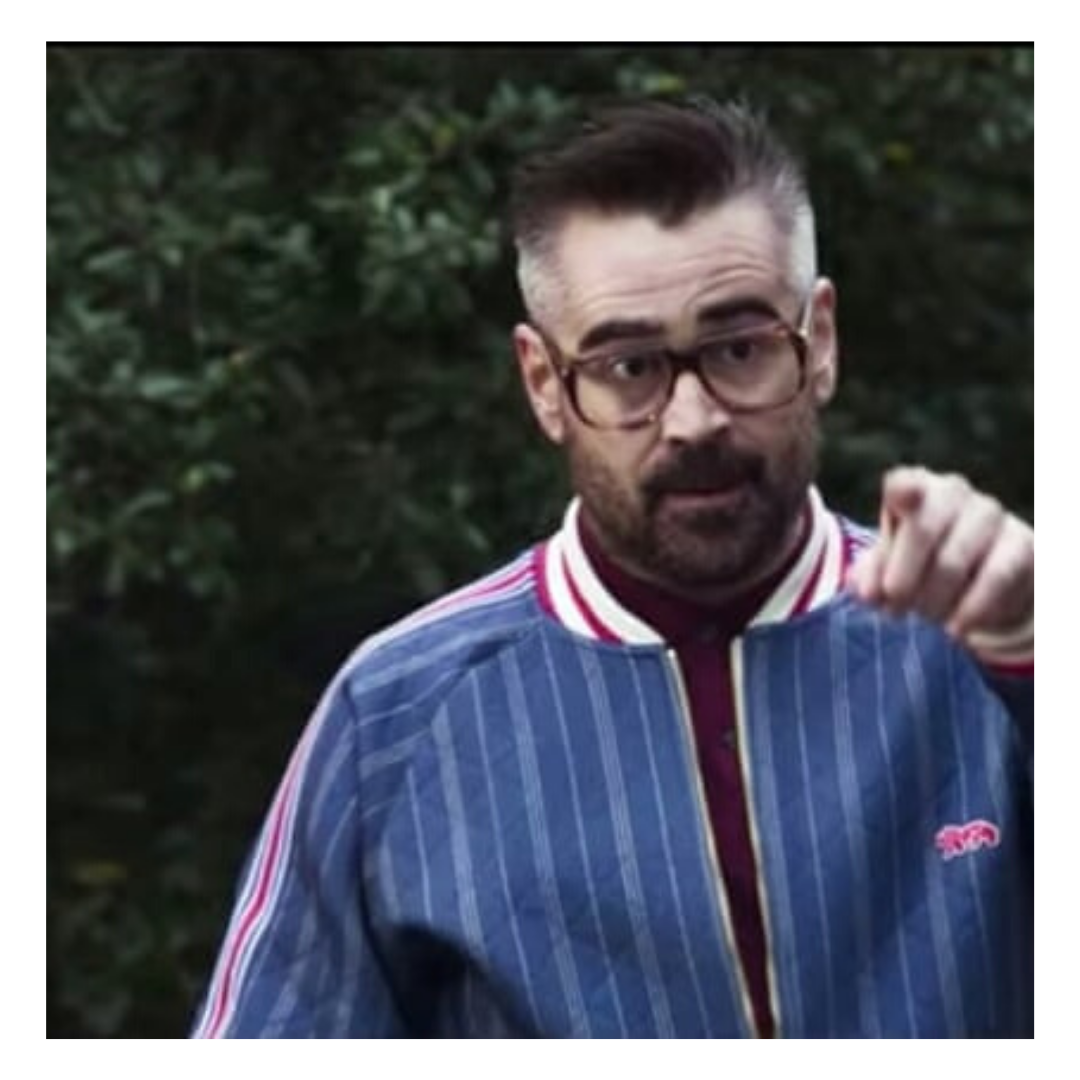 Following a divisive live-action adaptation of Disney’s Aladdin, director Guy Ritchie has decided to return to his signature gritty crime-comedy genre — which helped to kickstart his directing career — with his upcoming project The Gentlemen. The film takes another look at the gritty world of London crime, this time from the perspective of American expat Mickey Pearson who has built an empire worth a fortune from selling marijuana, but now finds himself looking for a way out. When his criminal rivals get word of this, they use the moment of weakness to strike and carve up Pearson’s empire for themselves, prompting a chaotic blend of schemes, blackmail and violence. Oh, and it stars everyone. No really, it stars everyone from Matthew McConaughey to Hugh Grant to Colin Farrell to Henry Golding, you name it - they're in it. 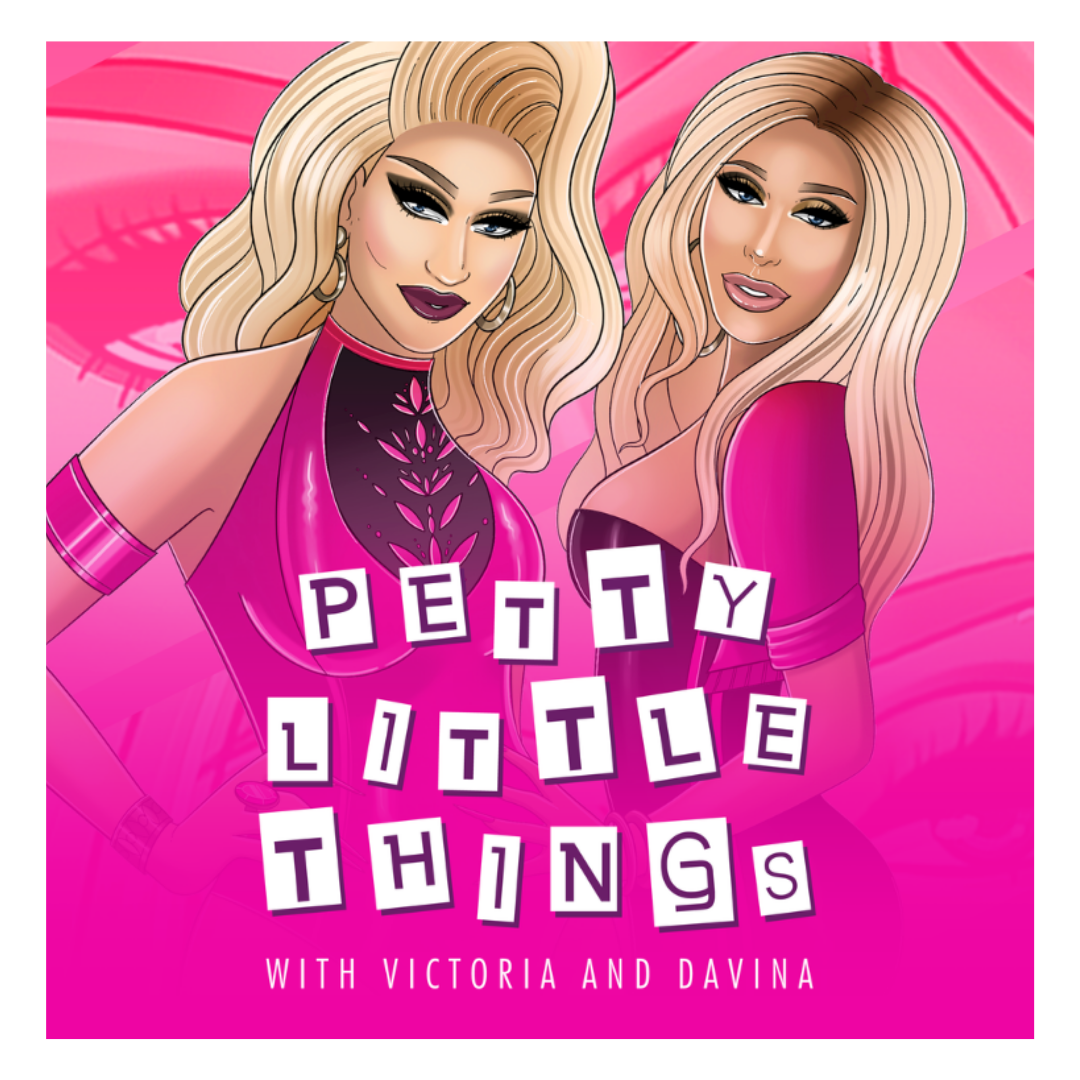 Okay, bad news first. We’re (most likely) not getting another season of Ru Paul’s Drag Race for another few months. But the good news is that drag queens around the world give us quality content every damn day. If you aren’t already listening to drag podcasts, you should be. Take Irish Drag Queens like Victoria Secret and Davina Devine for example. Every second Thursday, the pair  divulge every petty thing that rots them on a daily basis while getting messy sharing drag stories from the past and gossiping about all the topics you never knew you should be obsessed about and question why you now are. Listen here. 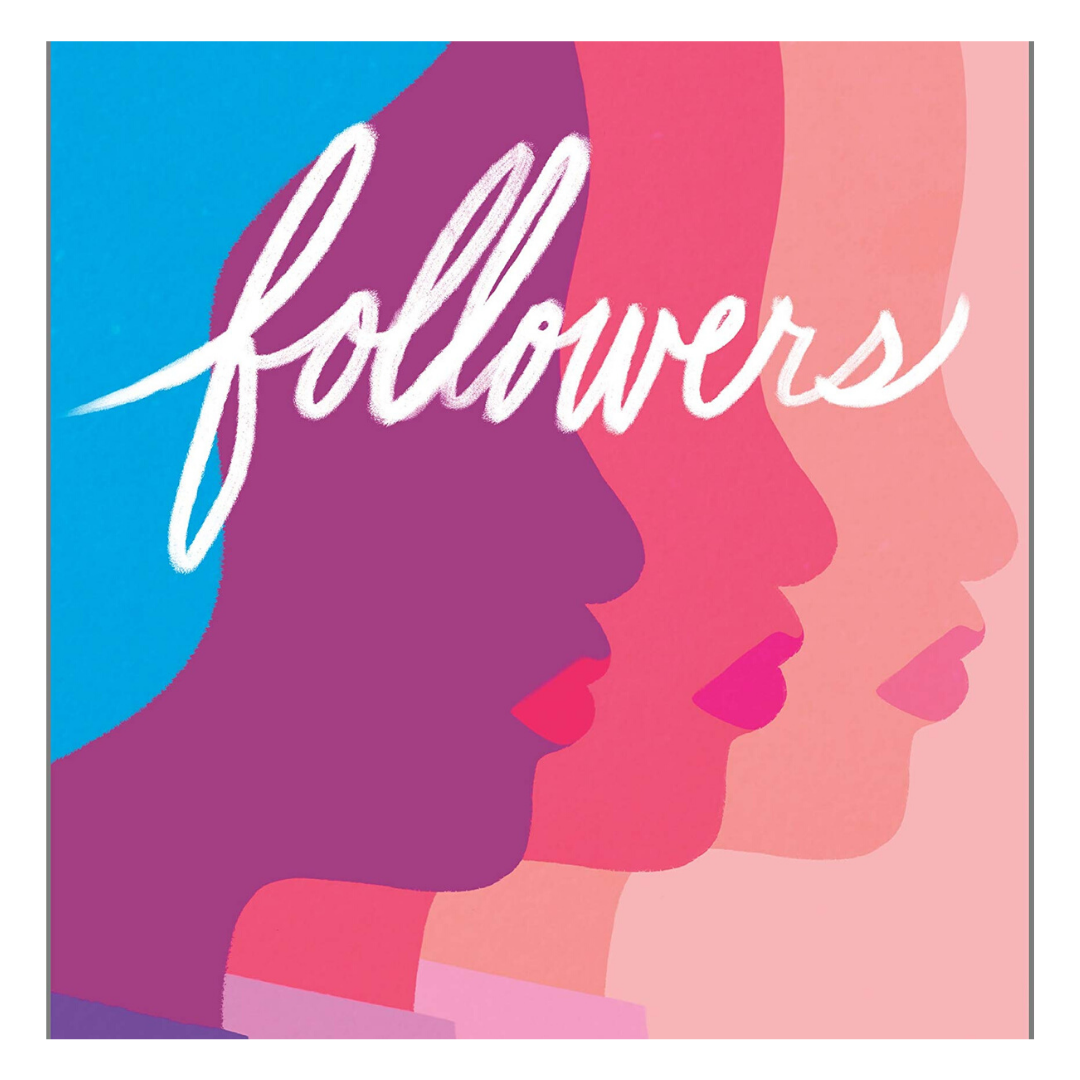 Megan Angelo's debut novel traces the stories of three women, unexpectedly connected, who find themselves on the brink of high-profile success while discovering what their follower counts really means for their goals and dreams. It's a deep dive into the social media dominance we currently live within with lots of dark and hilarious turns. The books hits all book store's shelves come January 14. 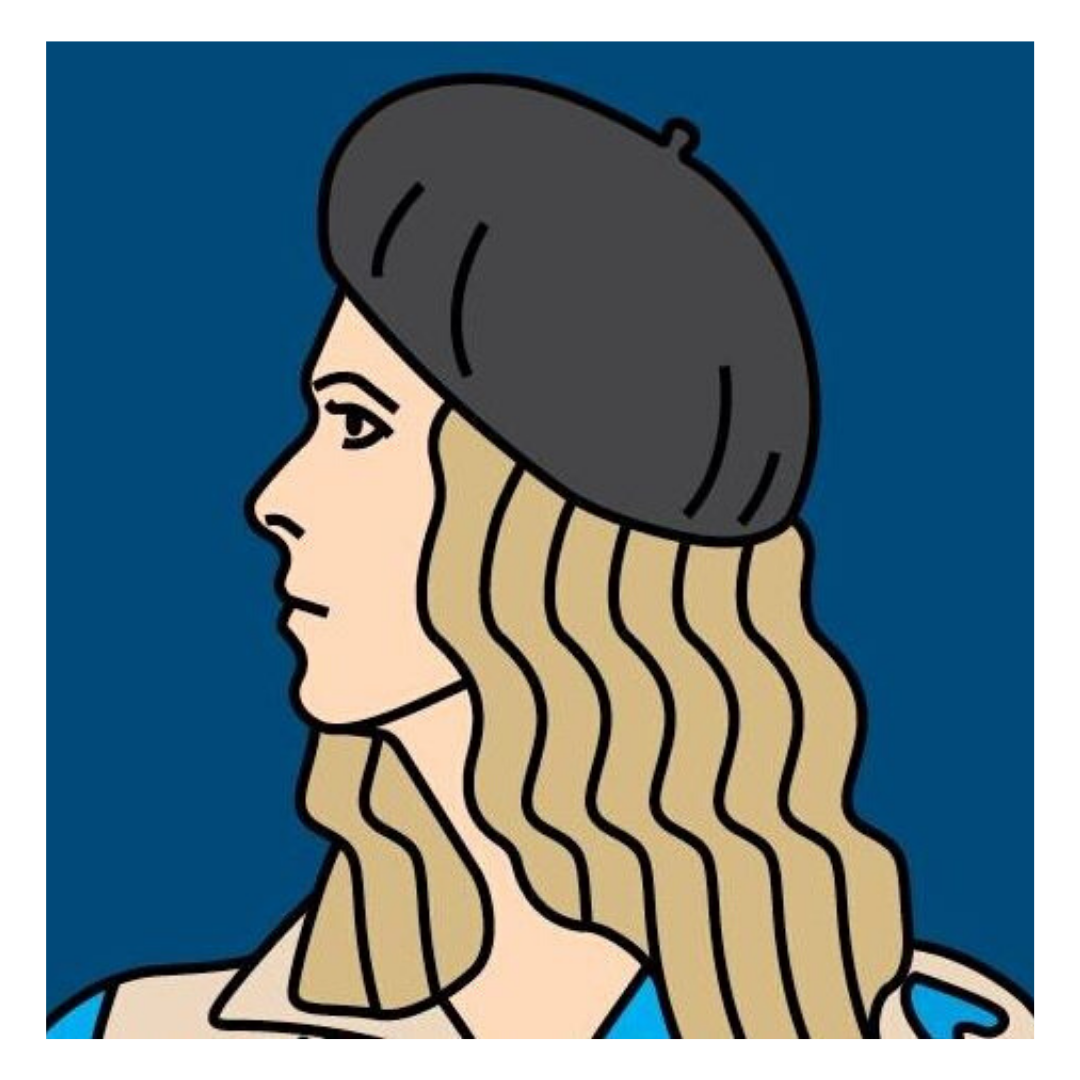 We don't know of anyone who doesn't have a soft spot for David Bowie. Every January, Dublin hosts a David Bowie festival and this year is set to be the best one yet. 2019 marks the 50th Anniversary of The Man Who Sold The World and the lovely people behind this festival are throwing a bash in its honour. Events include movie screenings, Q&A's, debates, talks, fashion exhibitions, quizzes and concerts. The celebration takes part across a multiple of venues including Whealans, The Grand Social, The Olympia Theatre and many more. Fans of Bowie and music, in general, will come together for the event to pay respects to one of the most important figures in cultural history. The festival takes places from January 8 - January 12 2020. 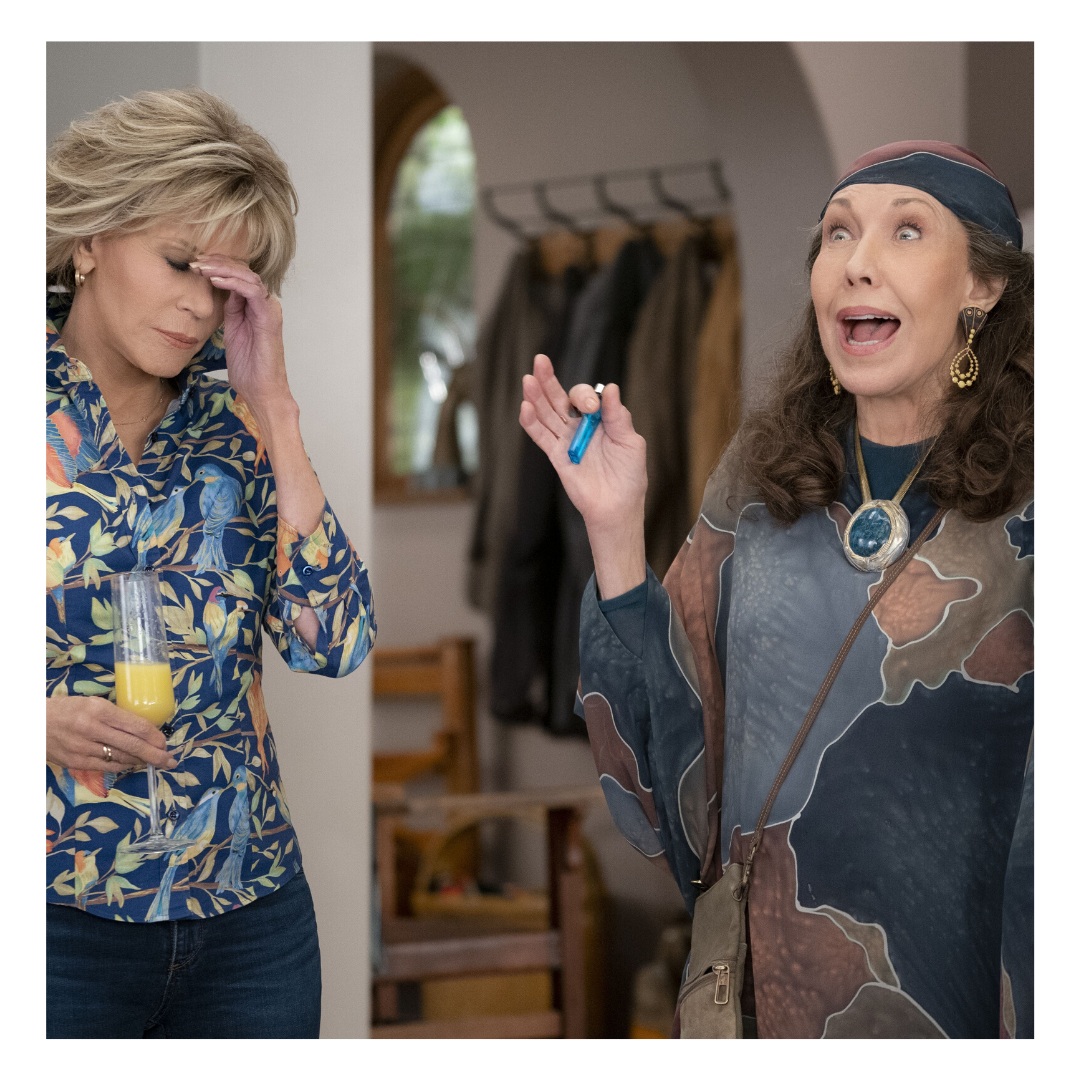 If you haven't watched Grace and Frankie yet, the time to catch up is now. The Netflix series starring Jane Fonda, Lily Tomlin, Sam Waterston, and Martin Sheen is unusual, unorthodox, and all kinds of hilarious. Vibrator injuries anyone? But Grace and Frankie is more than sex jokes and vodka martinis. It follows the unlikely-but-unbreakable bond Grace (Fonda) and Frankie (Tomlin) come to share after discovering their husbands have been secretly in a romantic relationship for decades. For those who have never seen an episode (shame on you), there's five whole seasons waiting for you on Netflix, and for those who have been impatiently waiting, wait no more. The show will return with new episodes on Jan 15, 2020. 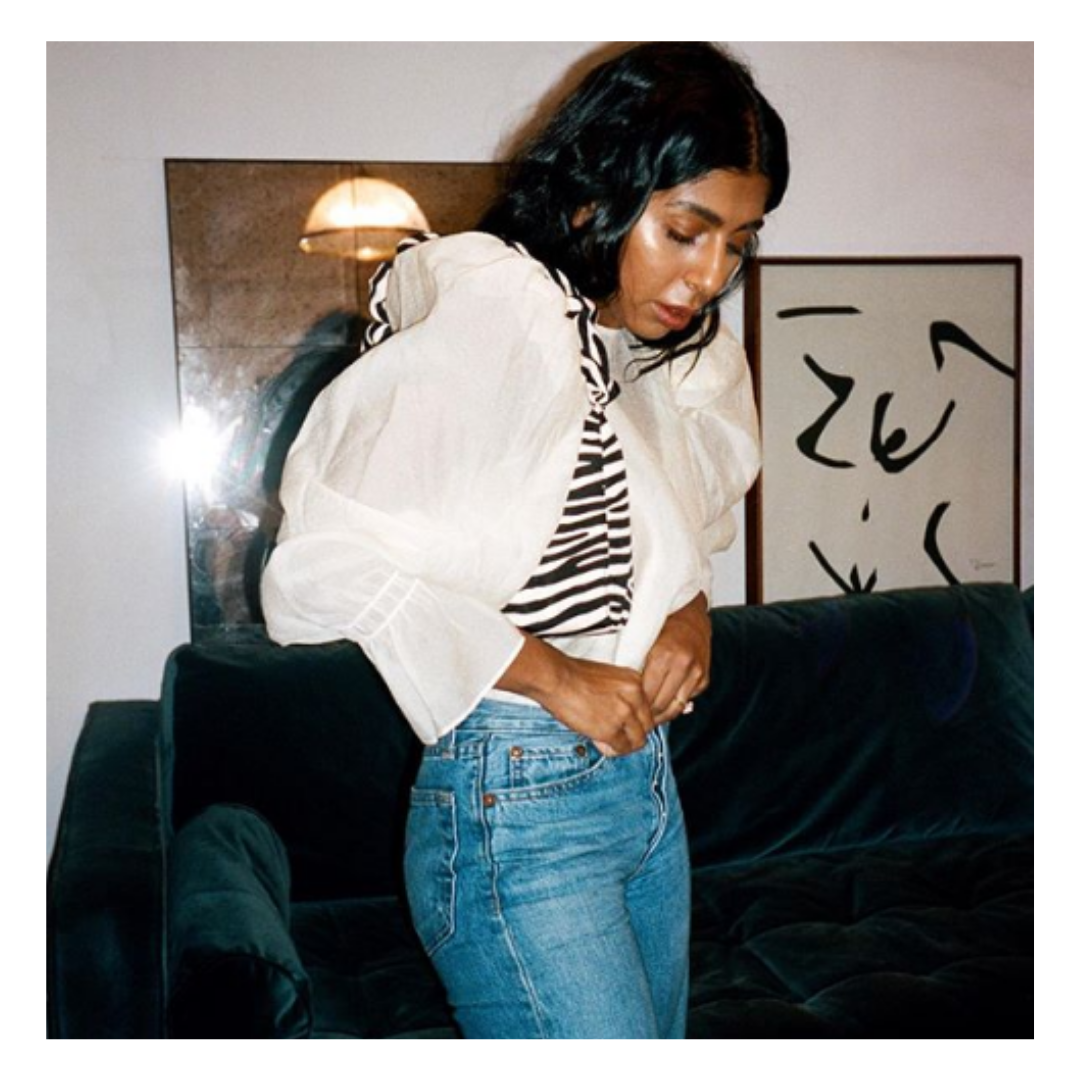 As we enter a new decade, fashion is all about being extra: shoes are reaching new heights (particularly our trainers) and sunglasses are no good unless they’re covering half our face. Statement sleeves – a persistent micro-trend over the last few seasons – are no different, though for 2020 they’re taking big and bold to a whole new level. The overarching message for 2020's puff-sleeve trend is the bigger the better. OTT bold shoulders are feminine, romantic, super empowering, and most importantly fun! Pair your puff sleeves with fitted trousers or jeans to balance the playful look. 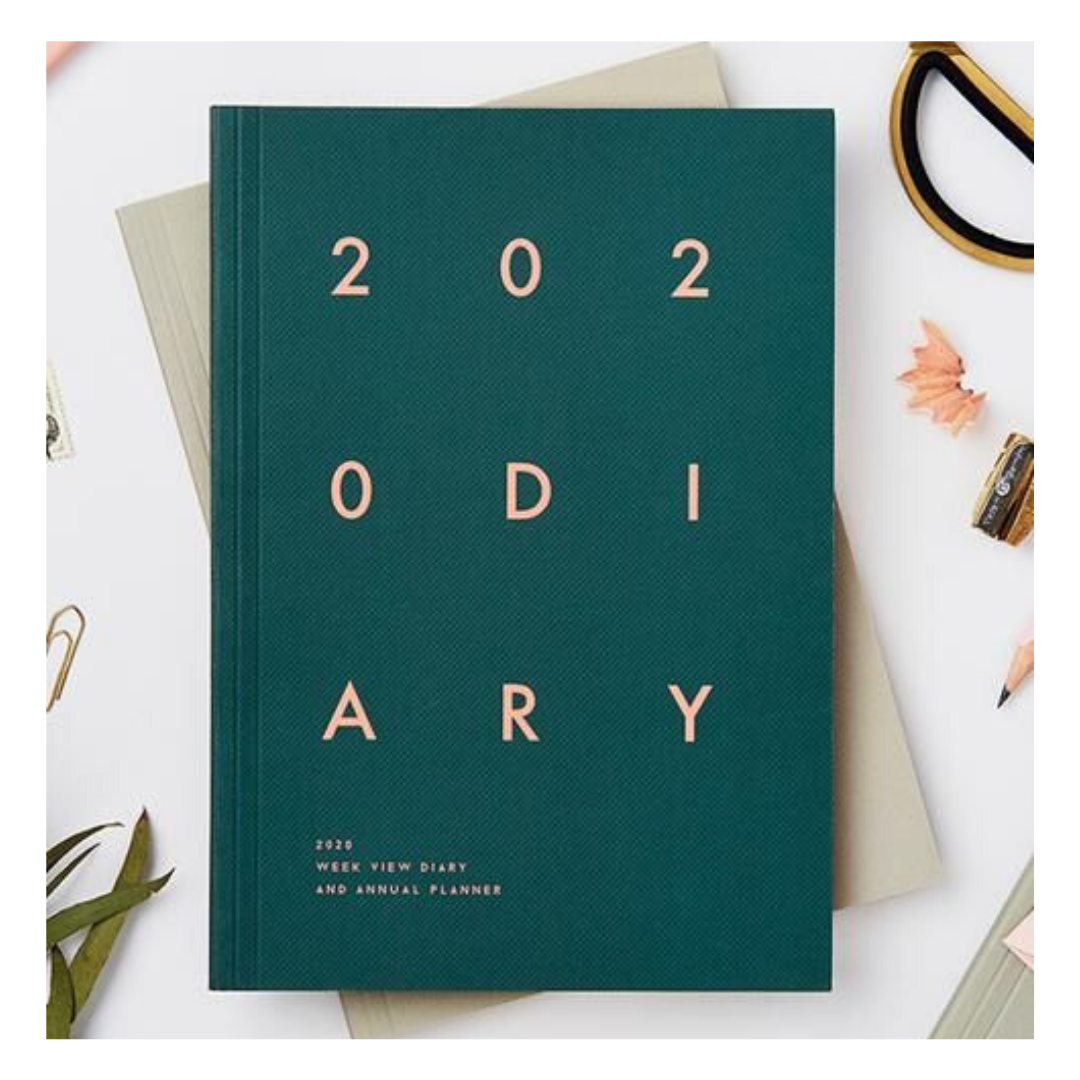 Dear Diary...as 2020 arrives and we find ourselves at the beginning of the new decade, it’s the perfect time to start planning for the year ahead. While the idea of “new year, new me” may not be everyone’s cup of tea, taking the time to sit down and think about the 12 months ahead is a great chance to plan what you want to do with your time and set some (achievable) goals. Whether you’re buying for yourself or shopping for the perfect "belated" Christmas present, there’s a 2020 diary out there for everyone, whether you prefer a monthly, weekly or daily layout.

READ: Everything New Coming To Netflix This January

Related: Dublin, trending this month, what to do 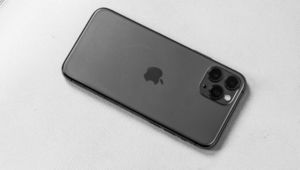 Yesterday, for the second day in a row, no further deaths were repo... 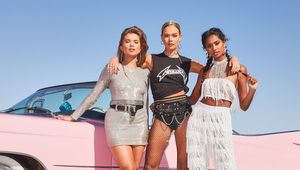 This week, Boohoo’s market value plunged by more than £1.5 billion,... 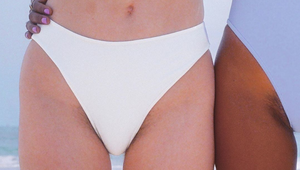 We Can All Go To The Salon Again... 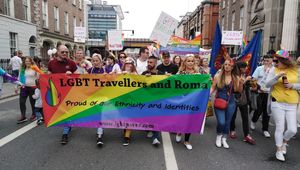 Traveller Pride Week To Be Launc...

People are being invited to take part in today's events online, whi...

How To Get Soft, Sandal-Ready Fe...

From cracked heels to flip-flop-induced injuries, summer is an abso...

Meghan Markle's Next Move Will S...

It will be one of the duchess's first public speaking engagements s...

The Netflix generation is listening, causing the revitalised sector...

Yesterday, for the second day in a row, no further deaths were repo...

This week, Boohoo’s market value plunged by more than £1.5 billion,...

We Can All Go To The Salon Again...

Traveller Pride Week To Be Launc...

People are being invited to take part in today's events online, whi...

How To Get Soft, Sandal-Ready Fe...

From cracked heels to flip-flop-induced injuries, summer is an abso...

Meghan Markle's Next Move Will S...

It will be one of the duchess's first public speaking engagements s...

The Netflix generation is listening, causing the revitalised sector...