From what to binge on Netflix to what to eat and where...here's how to spend August 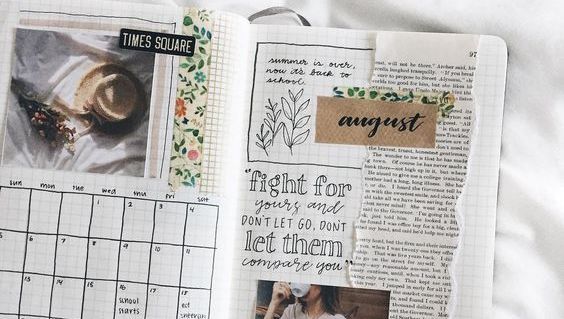 Arguably the best month of Summer

June is hectic - what with all the graduations and weddings. July is loud - fireworks, festivals, family holidays, and the humidity is stifling. But August, dear sweet lovely August? It might just be the most perfect month of the summer.

With the arrival of some hugely anticipated Netflix drops, a next-generation two-day Music and Arts Festival aimed at the LGBTQ+ community and the openings of a whole host of bars and restaurants - this August is even more perfect.

So whatever the weather has in store, we've rounded up everything new coming to a city street or screen near you.

EAT: At The Well 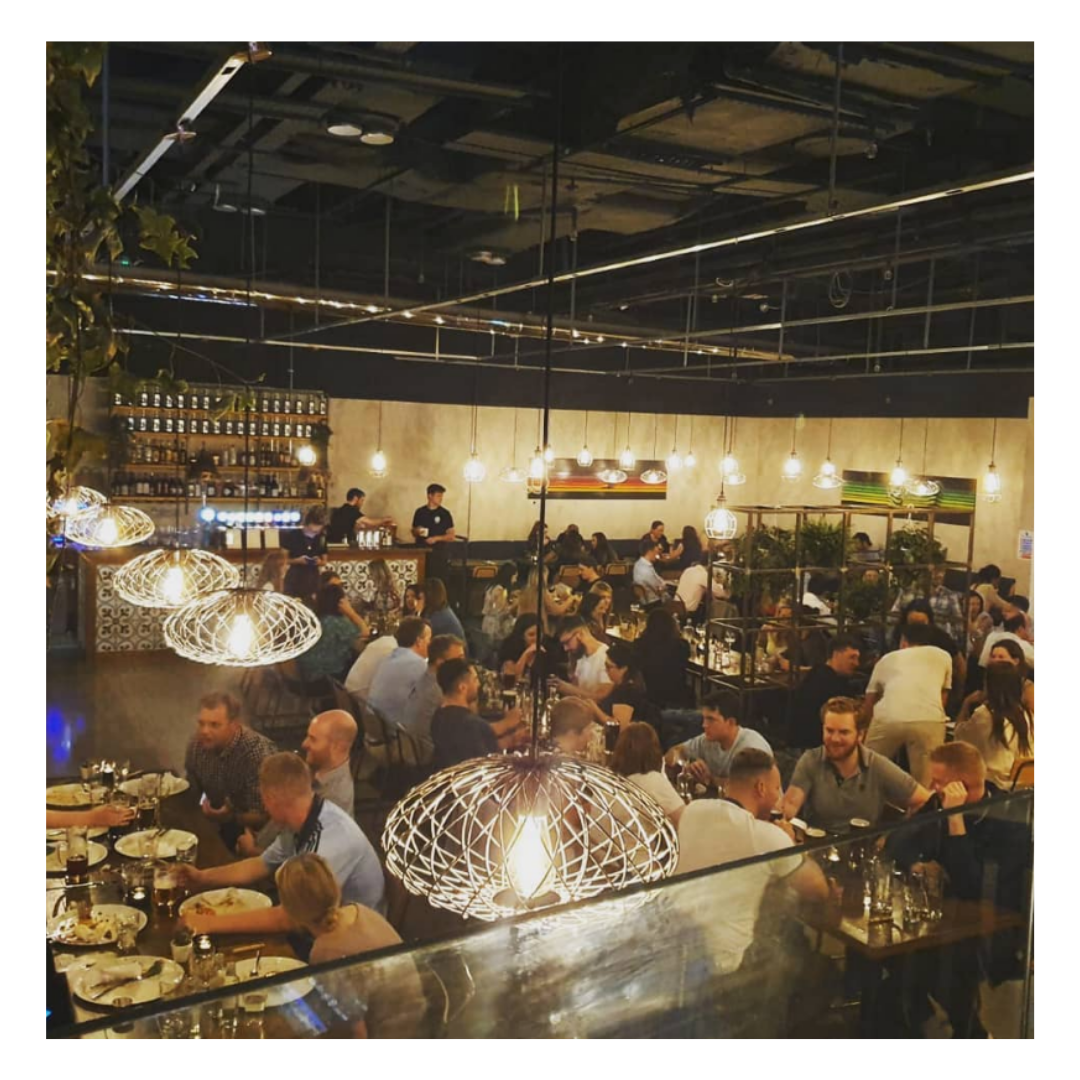 Located where the old Dandelion used to be (if you remember what that was) Dublin’s newest multifunctional late-night café-bar, restaurant, coffee shop and event space, The Well, officially opened its doors last night. The first half of the room is the bar area which brings you collagen-infused cocktails and easily the best margaritas in Dublin. The second half of the room is kitted out to be the restaurant, which has been taken over by Dublin Pizza Company. During the day, the space serves as the hottest new location for a co-working space by positioning itself as ‘the local’ for the digital generation. 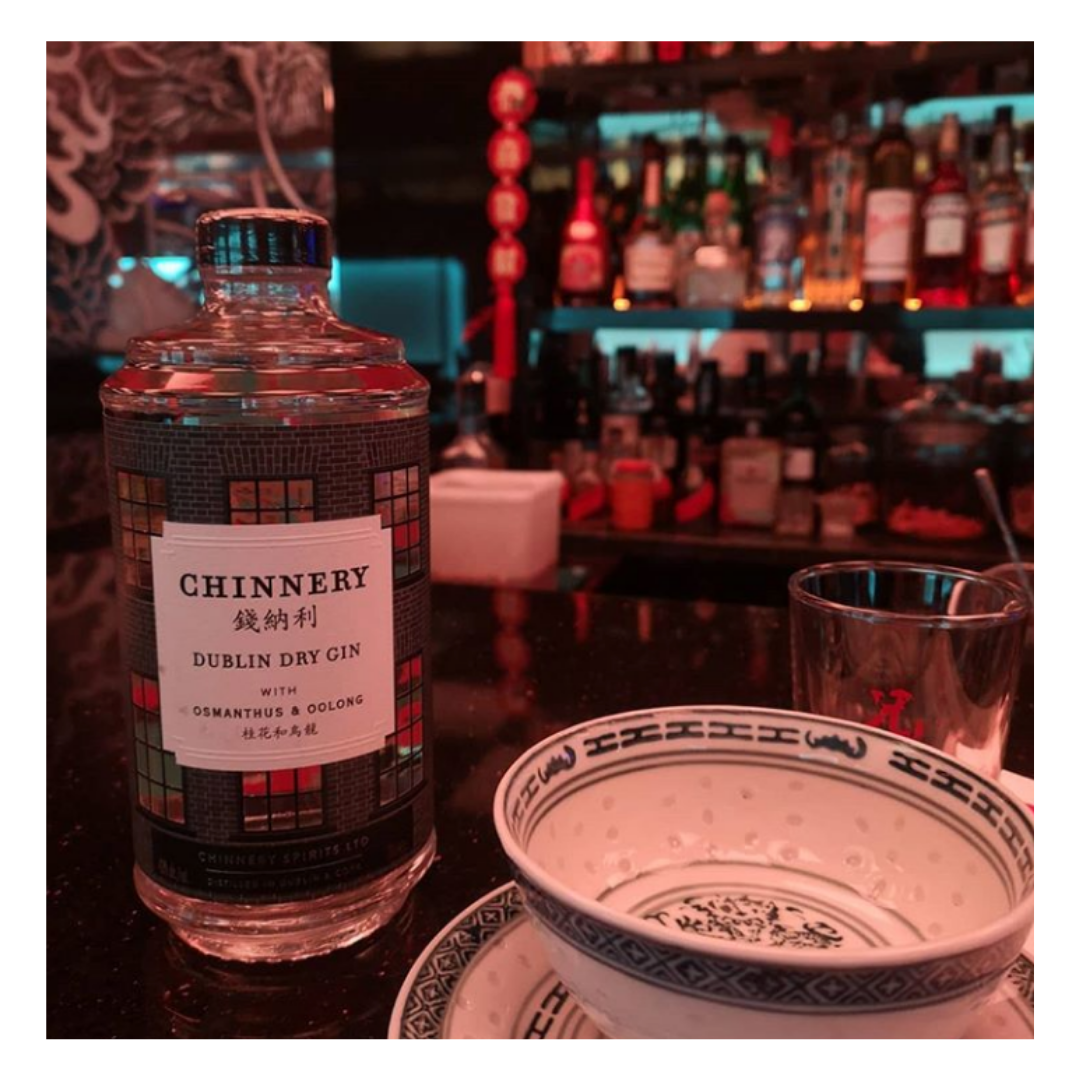 Chinnery Gin takes inspiration from Georgian Dublin and Imperial China. In the 1800s, fruits were heavily imported from the sea trade with Imperial China. Huge East Indiaman ships would deliver silk, spices, tea and porcelain to Europe. Many adventurers would board these ships in the hope of new discoveries and ideas. One of these voyagers was George Chinnery, an artist who left Dublin to sketch portraits of the traders of Canton and life in southern China. This gin was created to remember him, tell his story and to bring a taste of the Old China Trade back to Ireland. Further honouring his memory, Chinnery Gin is hosting an event on August 7 in the Chester Beatty Library. With talks by George Chinnery biographer and East Asian art specialist, Dr Patrick Conner, and gin-tasting - this is a must for any gin enthusiast. Tickets are available, here. 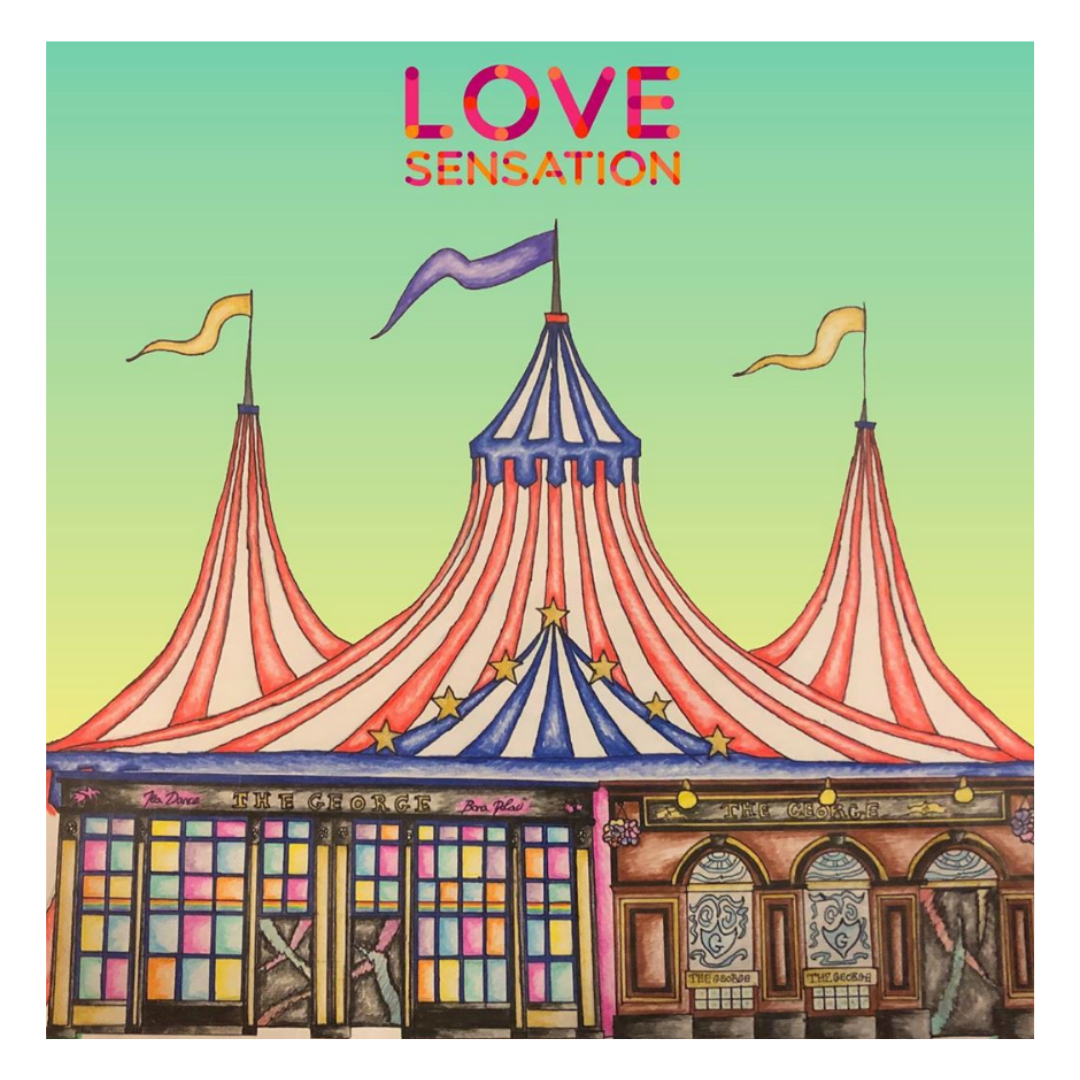 Organised by the team who brought us Mother and the Pride Block Party, Love Sensation is a next-generation two-day Music and Arts Festival aimed at the LGBTQ+ community and their many, many friends. Top tier acts include Lily Allen and Clean Bandit, but it’s just as impressive as you scroll down the list. Gossip, Kelis and Soulé will all be performing on the main stage over the weekend as well as RuPaul’s Drag Race alumni Monet X Change, Naomi Smalls, Jujubee, Sonique and Laganja Estranja taking the stage. Irish drag queens Vedas Coven, Devina Devine, Victoria's Secret and Shirley Temple Bar are among the Irish drag queens will be performing on The George Stage. All hosted by the legend and queen of Ireland, Panti Bliss. Limited tickets available, here.

wATCH: ONCE UPON A TIME...IN HOLLYWOOD 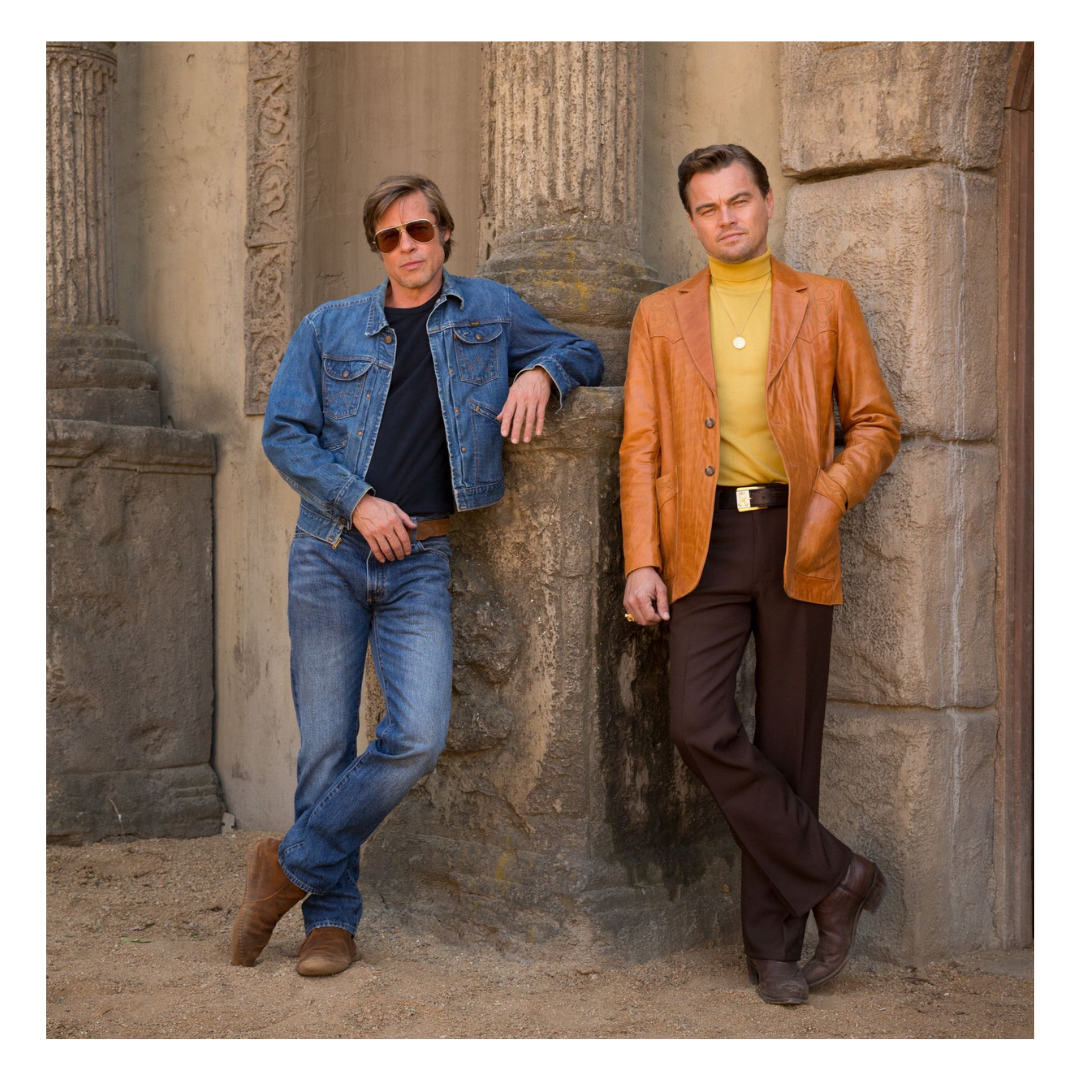 Once Upon a Time in Hollywood is Tarantino's ninth feature film which is set in Los Angeles during 1969, at the height of hippy Hollywood. Leonardo DiCaprio plays Rick Dalton, a former star of a western TV series who alongside his longtime stunt double Cliff Booth (Brad Pitt) struggle to make it in a Hollywood that no longer recognizes them. This is where Rick's super famous next-door neighbour, Sharon Tate (Margot Robbie) comes in. We're predicting big things from this film as Tarantino himself has described it as "his best work." - asides from all the controversy that is. 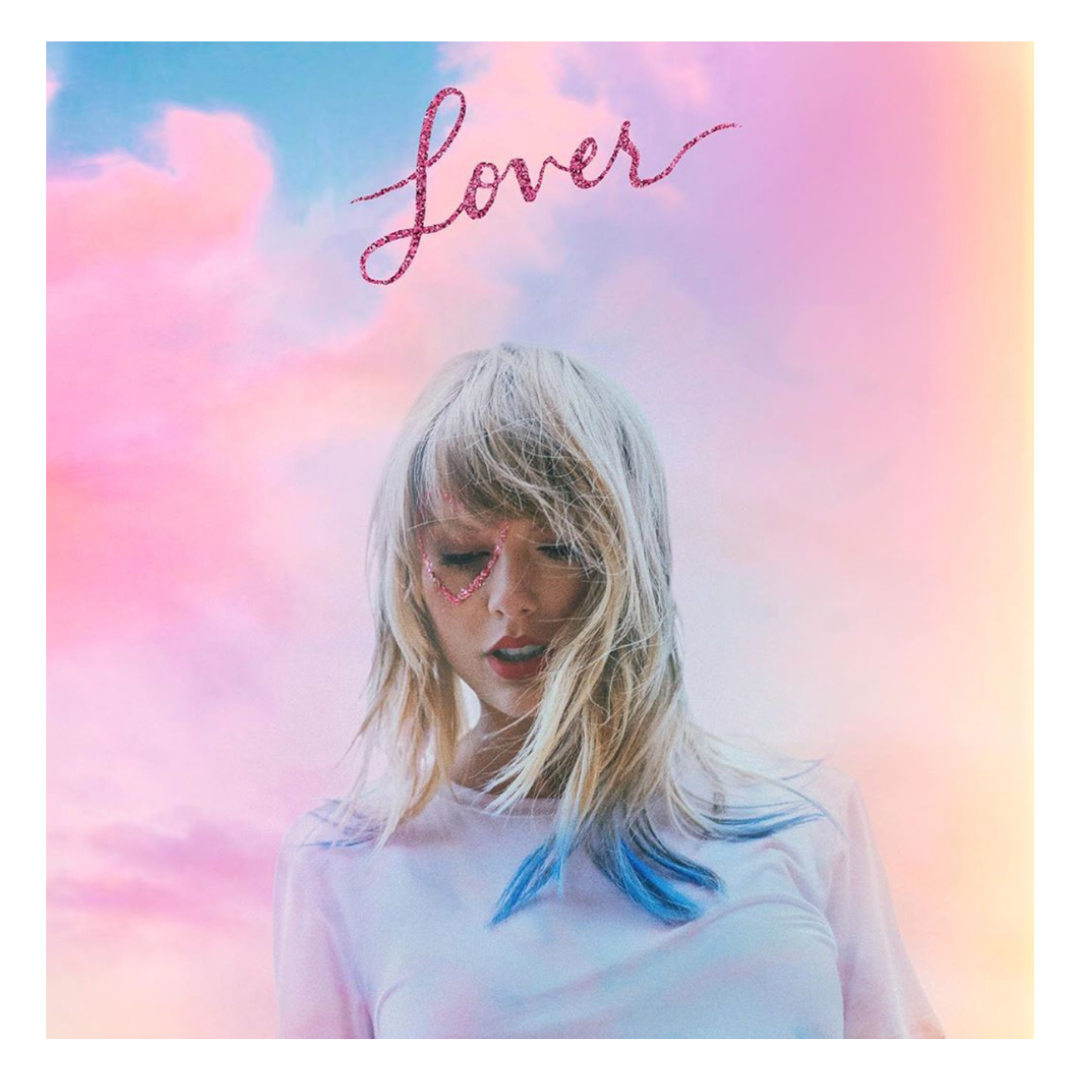 Taylor Swift's seventh studio album, Lover will be the first on her new record deal with Universal and could earn her a fourth UK Number 1 album. ME! featuring and co-produced by Panic! At The Disco's Brendon Urie is the lead single, and the peppy You Need To Calm Down offers another taster of what to expect. 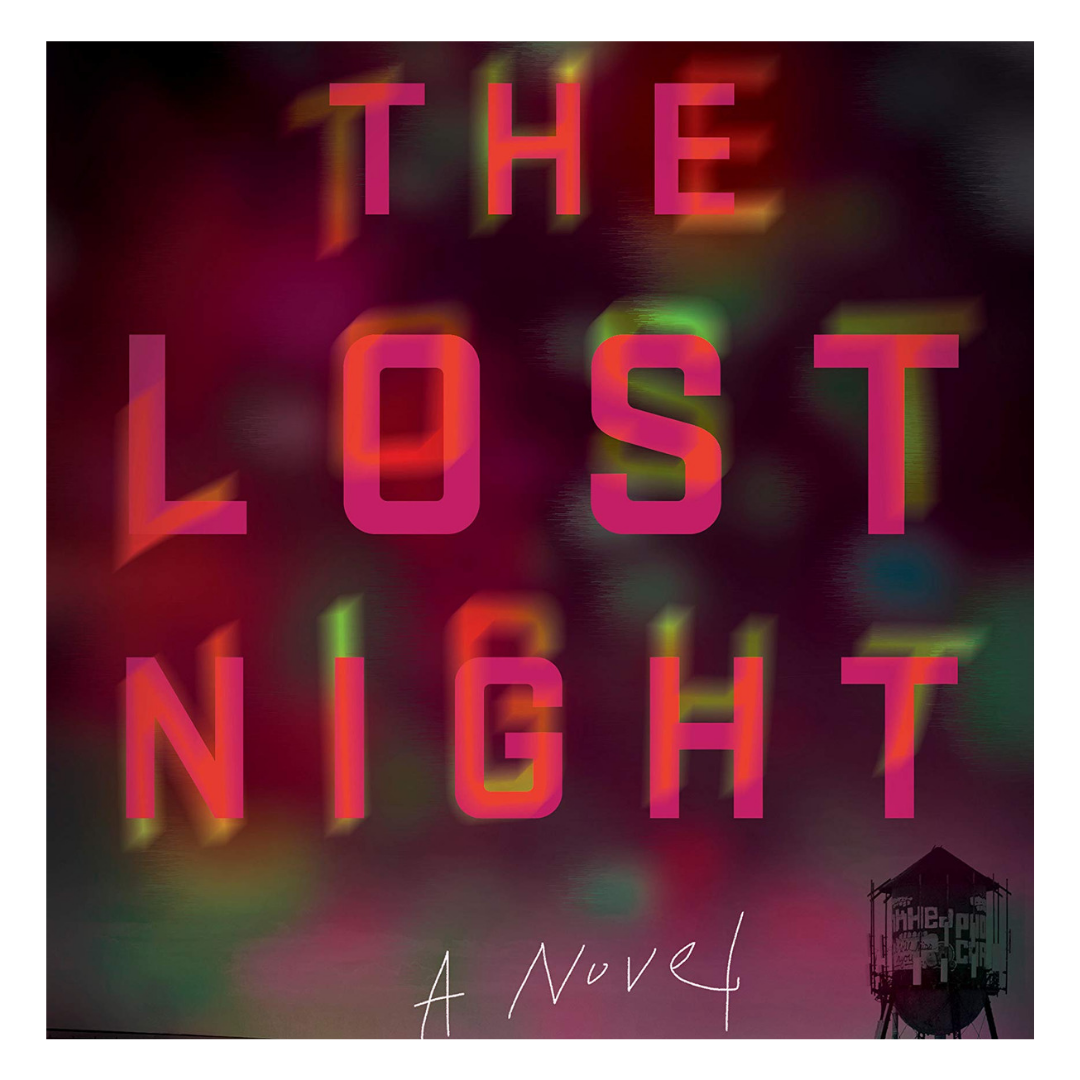 I Know What You Did Last Summer meets The Girl on the Train in Andrea Bartz’s addictive debut novel, which follows magazine fact-checker, Lindsay, as she tries to figure out the mystery of her best friend’s suicide. 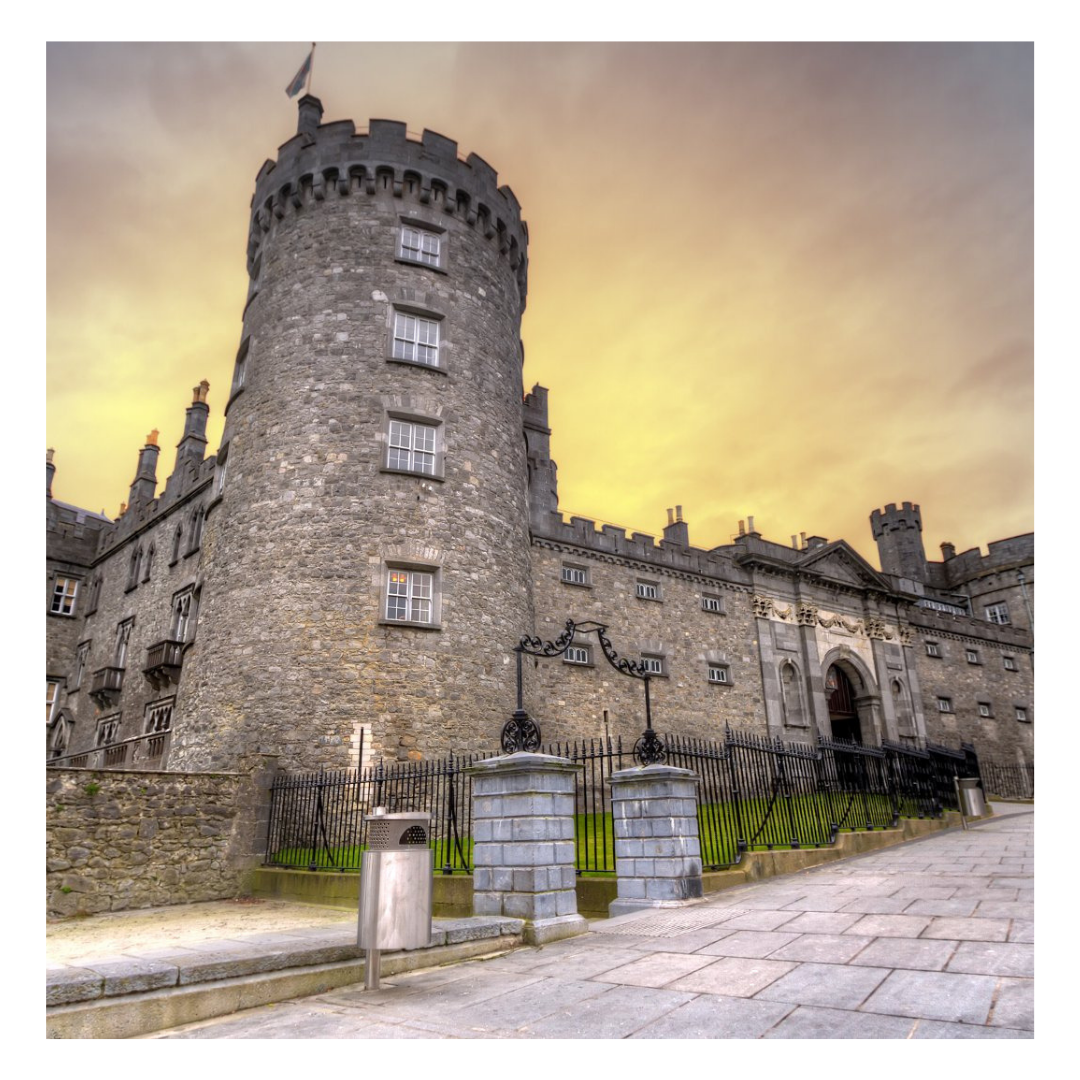 The days when Irish food-lovers had to travel to Paris or Florence for a foodie adventure are long gone. Artisan food production is on the increase and world-class home-grown culinary talent can now be found the length and breadth of the country - but especially in one special county. Kilkenny holds the title of Top Foodie Destination of the Year, with its wide array of restaurants and a thriving food community. From top-quality gastro pub food, a wide range of Irish and international dining spots to two Michelin star restaurants (not to mention its artisan food producers) - Kilkenny is a must for anyone who likes to eat. 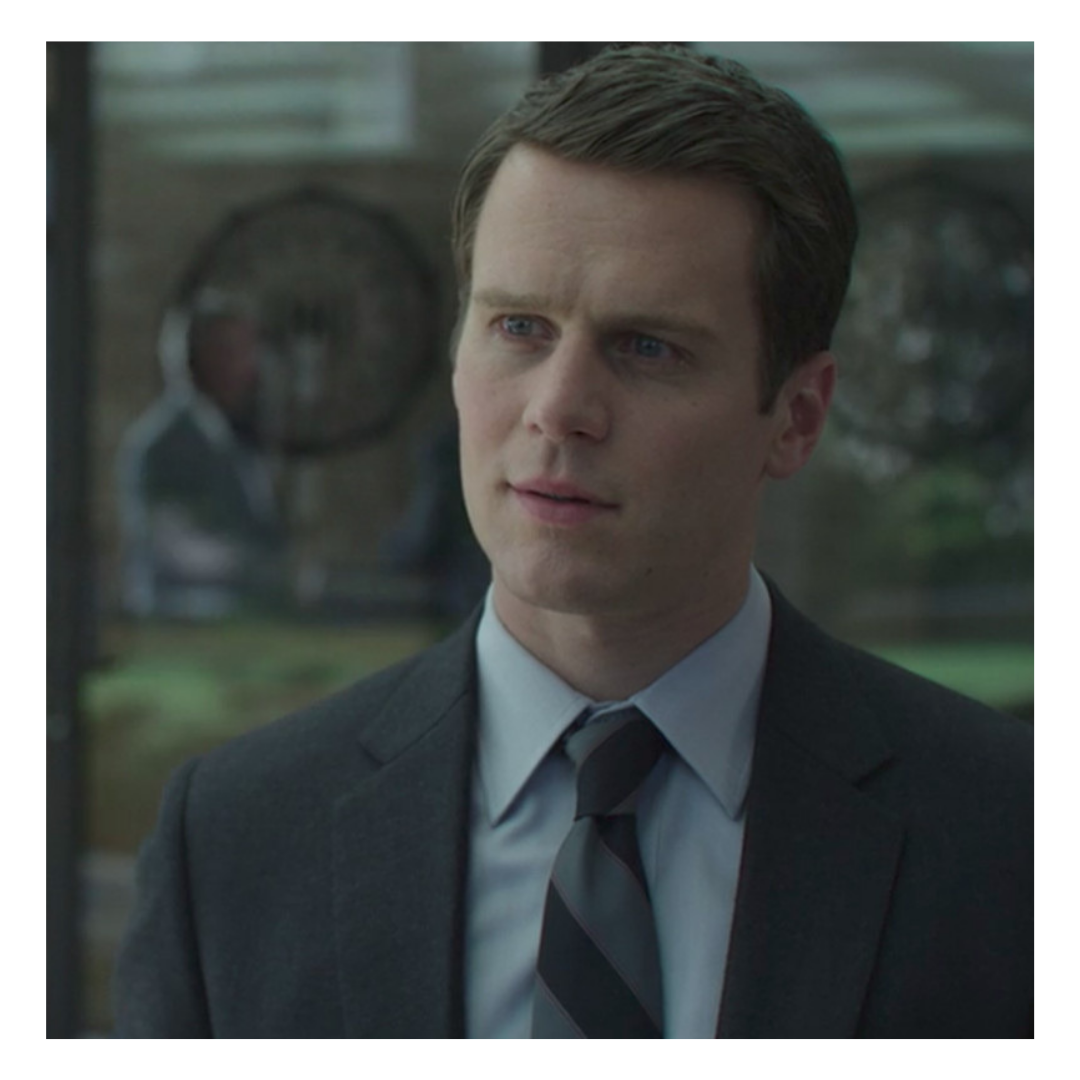 Netflix's original crime series Mindhunter was an instant hit when it premiered on the streaming service back in October 2017, and as a result, it was quickly renewed for a second season. Fans were left to anxiously await the show's return for more than a year and a half after that, but now, Mindhunter season 2 will drop on August 16.

wear: Something Other Than *That* Zara dress 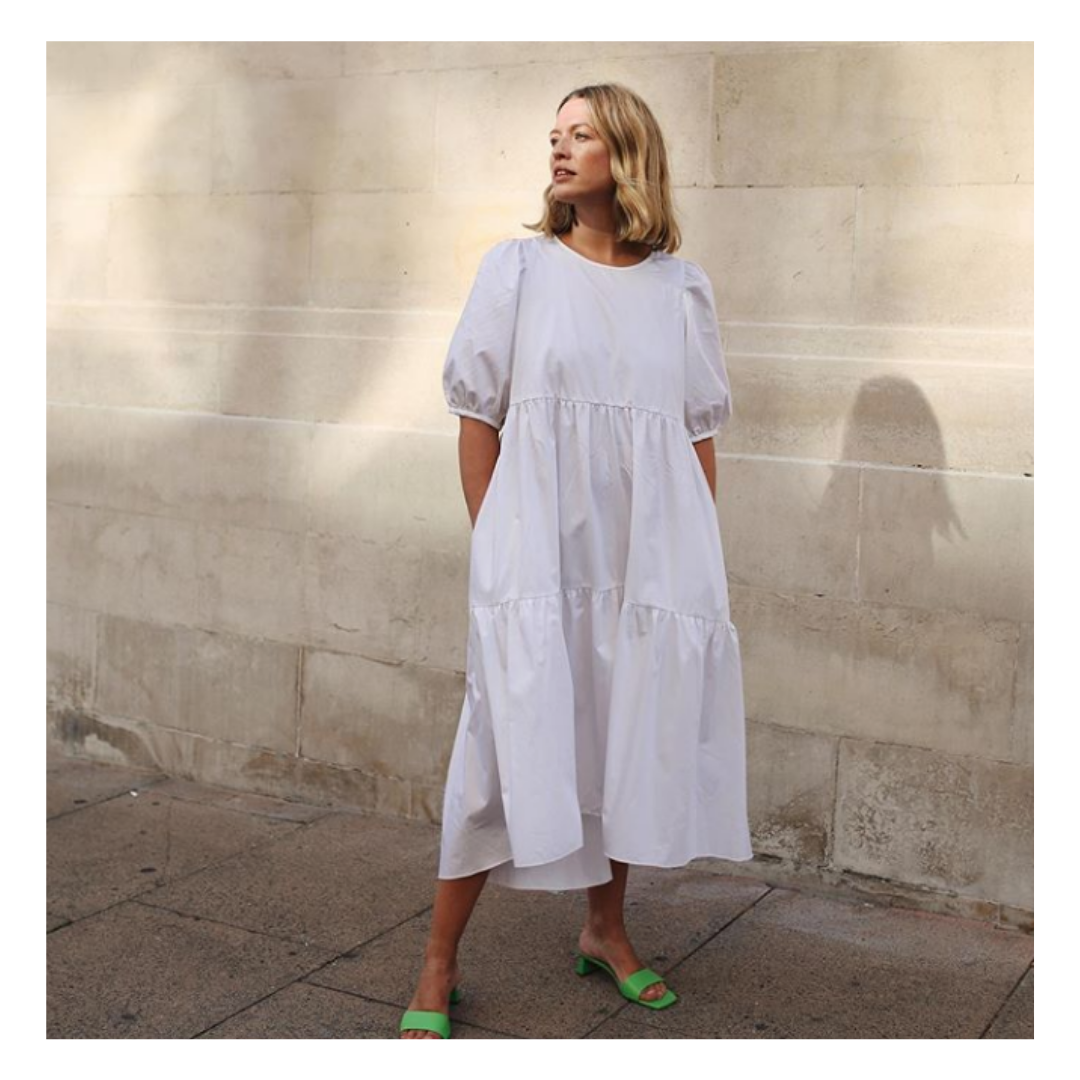 A new month brings new beginnings - and we believe that should start with a new dress...like this Scandi-esque number from Zara. It doesn’t have its own Instagram account (yet), but we've spotted it countless times on Instagram, seen two women sporting it on their morning commute and there was a limited few hanging on the rail when we checked in Zara earlier today. It's crisp, white and made from lightweight cotton and is a sartorial juxtaposition. It is both girlish and Scandi, maximalist yet minimalist, simultaneously subtle but statement-making.

buy: a ticket to woman of the year 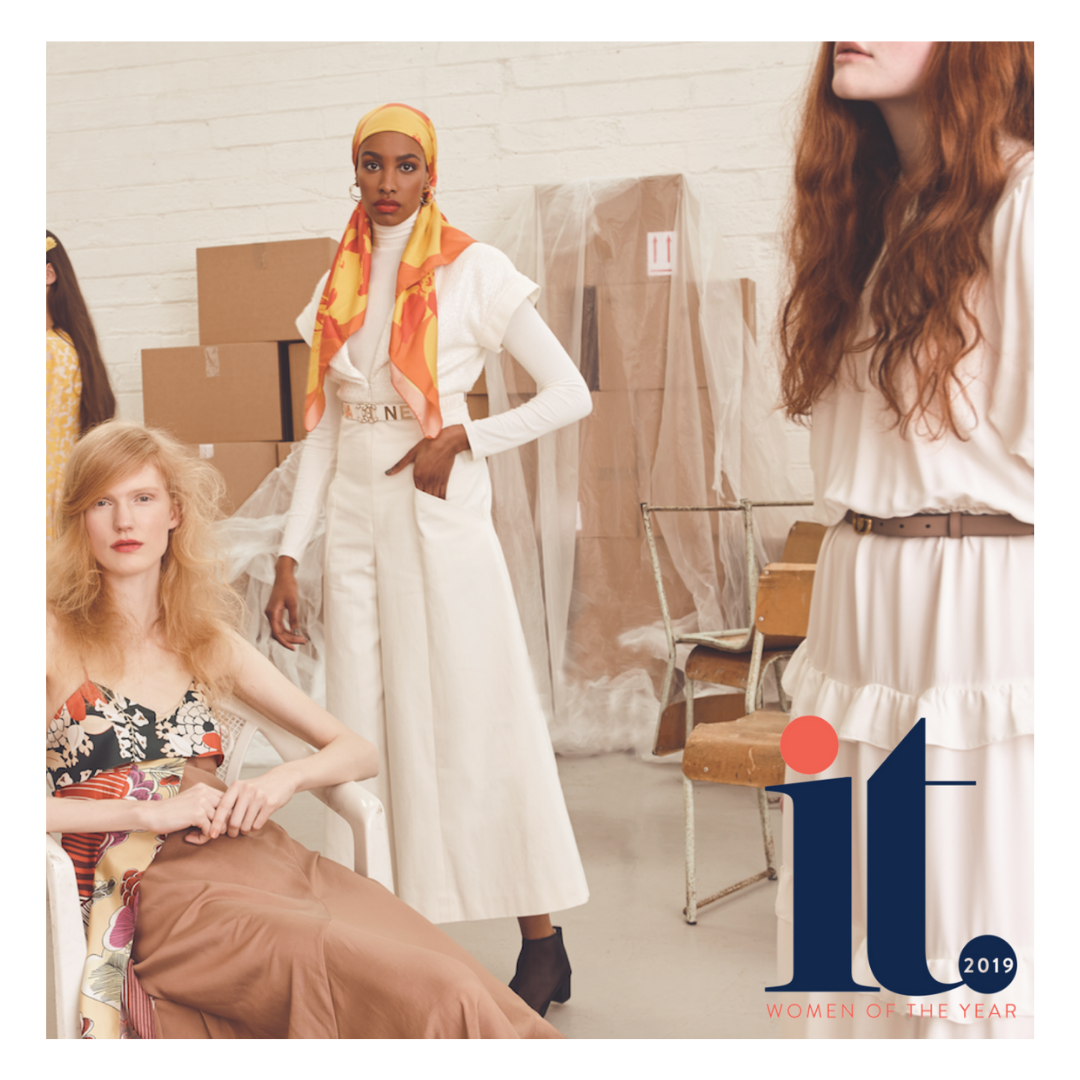 2019 has been a big year for Irish Tatler so far; the legacy title has been rebranded by a new team of women at the helm. With a refreshed voice, a new creative vision and a mission to represent a place at the table for all Irish women, this energy carries forward into our newly imagined Irish Tatler Women of the Year Awards. For the past 19 years, these awards have recognised the rule-breakers, applauded the game changers and championed trailblazers, and as the event comes close to its 20th anniversary in 2020, we are reinvigorating it for a new age of women. Join us on Saturday, October 5 in The Shelbourne Hotel, Dublin for the ultimate celebration of women. Tickets available, here.

READ: 11 Cheap Yet Fun Activities To Keep The Kids Entertained All Summer Long*

READ MORE: You Need To Try This New Iced Coffee Experience In Dublin