From what to binge on Netflix to what to eat and where...here's how to spend December. 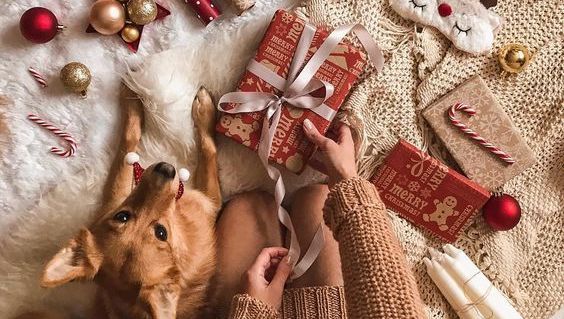 The trees are going up, the sounds of Christmas anthems are filling the airwaves and bars are buzzing with revellers drinking mulled wine and beer - the festive season has officially arrived. And while we're extremely excited about the time off work and fun-filled events December brings, there's more to December than just the man in the red hat.

Festivities aside, December brings the arrival of some hugely anticipated Netflix drops, a festival dedicated to Guinness and the openings of a whole host of bars and restaurants.

So whatever this month has in store, we've rounded up everything new coming to a city street or screen near you.

EAT: AT THE CIRCULAR 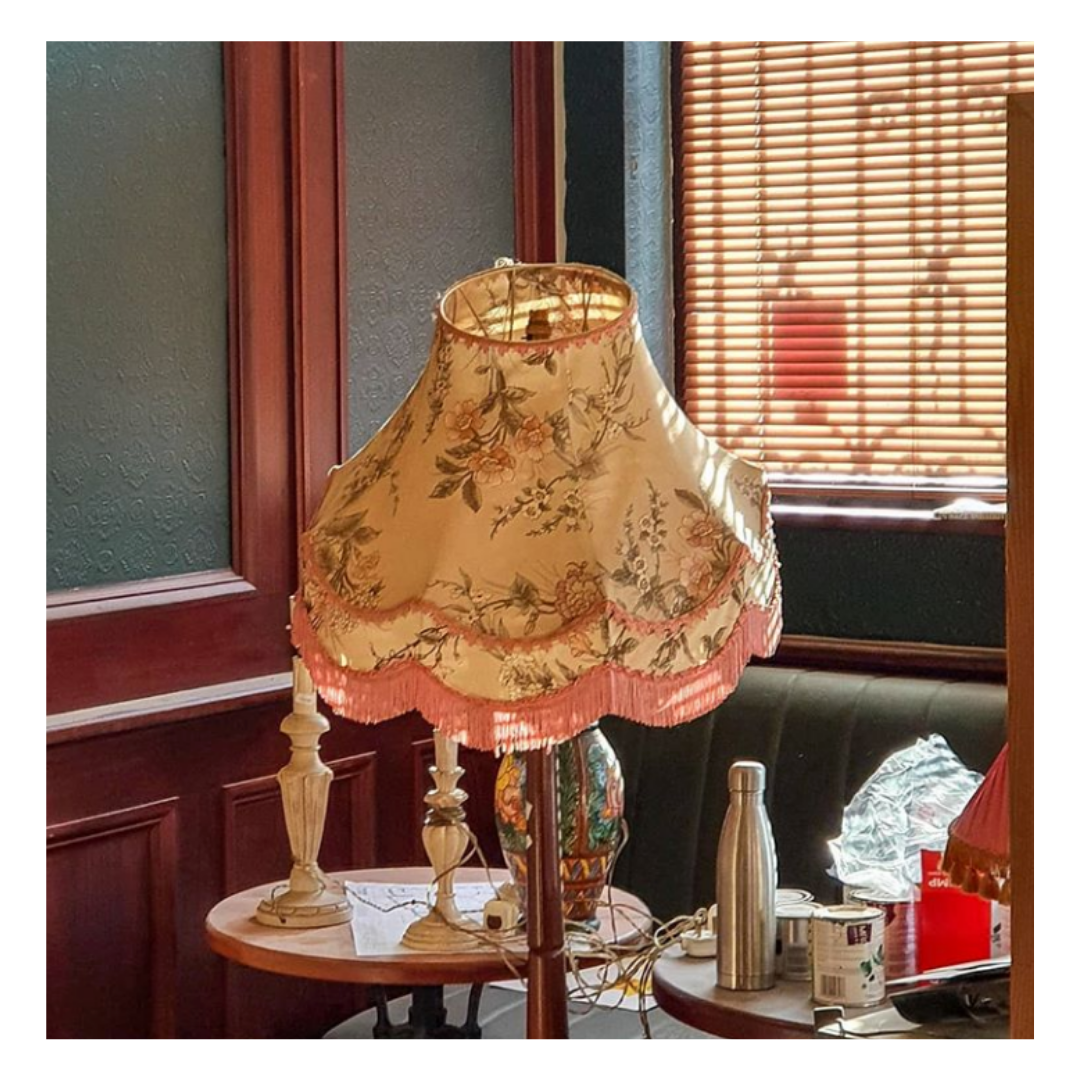 The team behind Lucky’s on Meath Street has decided to bring a cool new venue to the other side of Dublin 8. Named The Circular, the exciting new bar and cafe has taken over a large, landmark building in Rialto and will include a number of spaces: a main bar, which will offer a number of reservable spaces and function rooms as well as tasty pizza from Coke Lane’s wood-fired oven (already a success amongst Lucky’s clientèle), a smaller, cosier pub with a craft beer focus, and a café, called Daddy’s, at the front of the building. Serving breakfast, lunch, early dinner options and brunch on weekends, The Circular will have something for everyone who lives and works in the area. 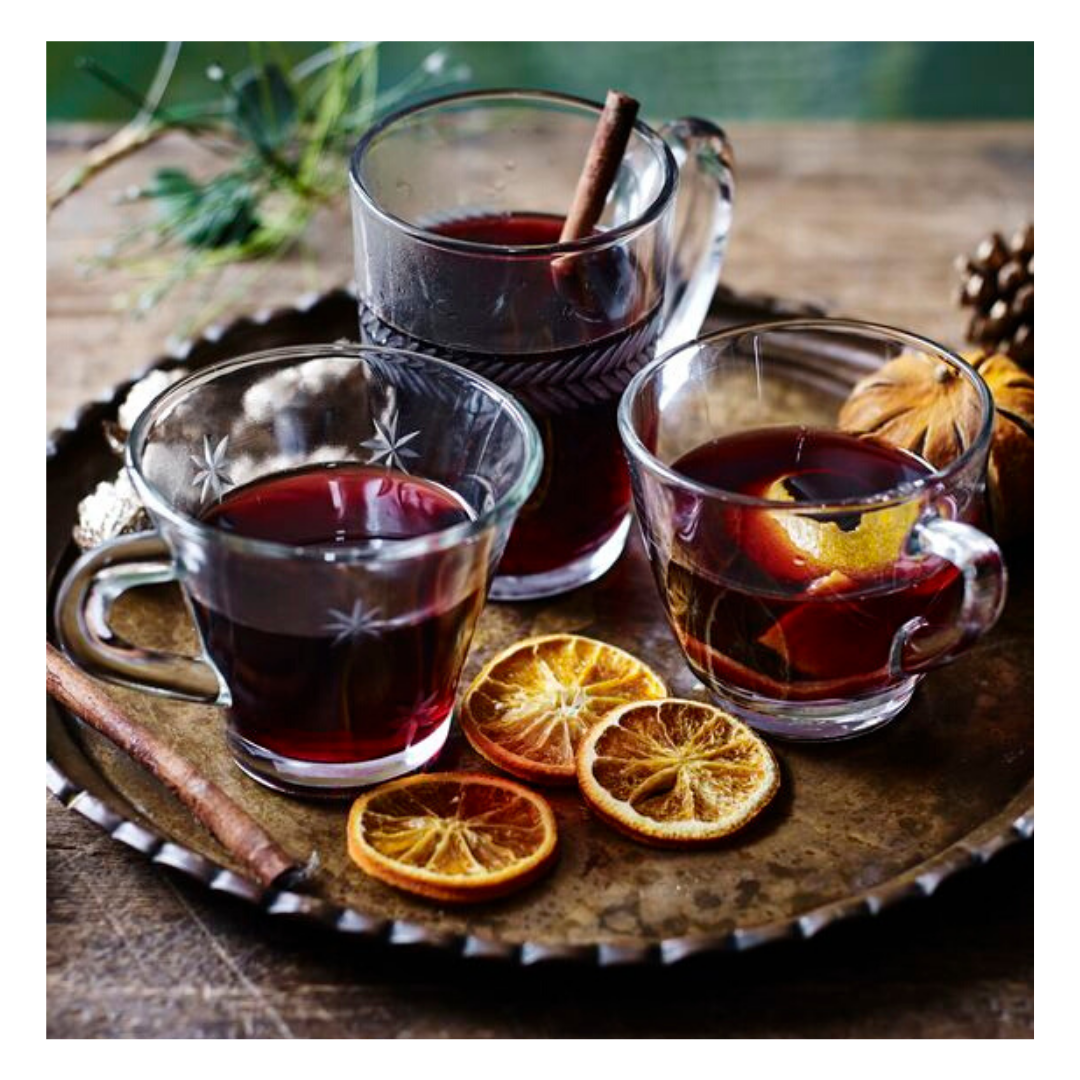 Christmas just wouldn’t be the same without a steaming cup of mulled wine – ideally with a cinnamon stick bobbing inside it, a sprinkle of nutmeg, and a slice of orange hooked fetchingly over the rim. For those who want to keep things as festive as possible, you can infuse even more Christmassy flavours into the warm drink with this delicious cranberry-infused mulled wine recipe. 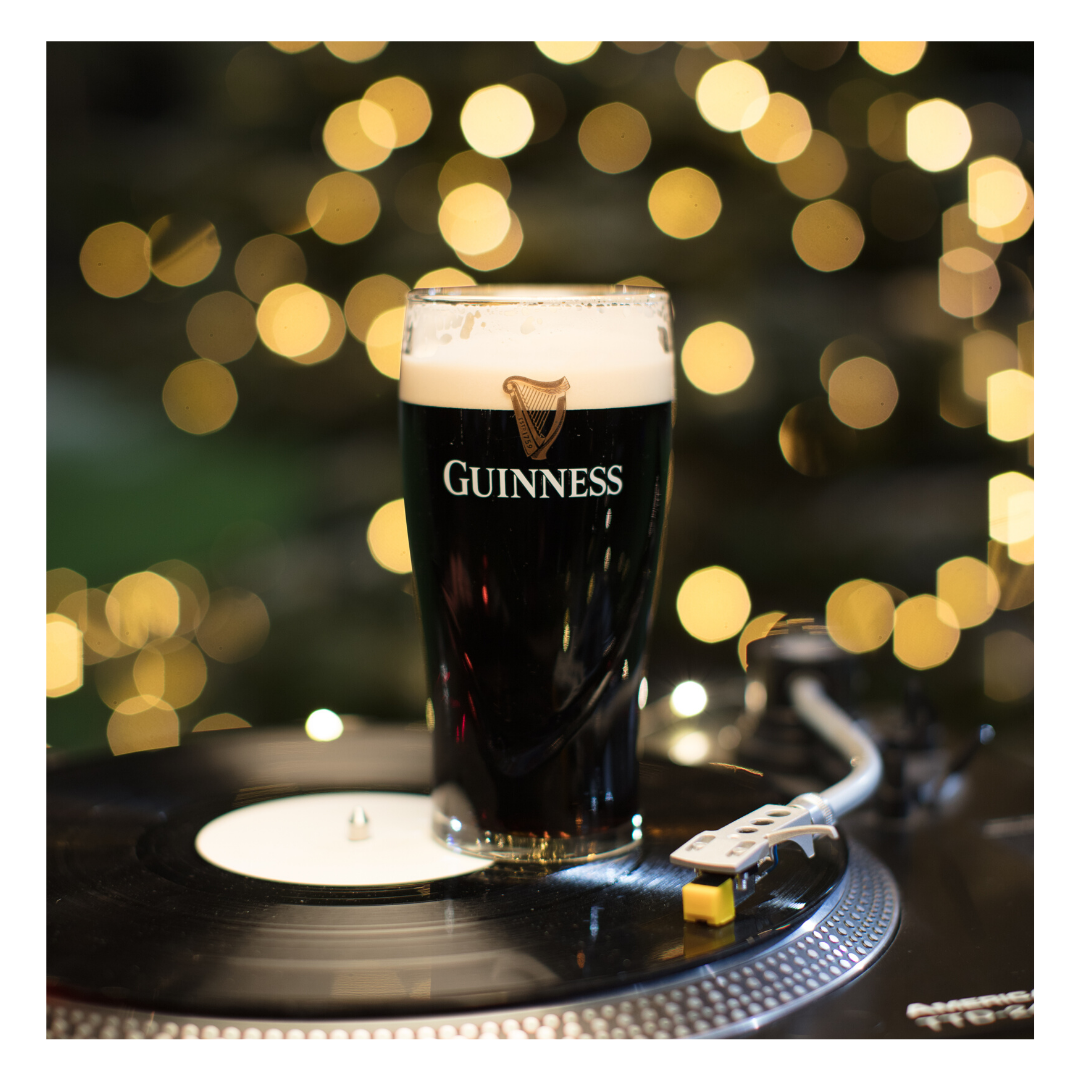 This December, for the first time ever, the Guinness Open Gate Brewery will be transformed into an extraordinary Christmas festival, complete with a seasonally inspired line-up of entertainment. The brewery will open its doors to some of the best local food vendors, designers, gift makers, DJs, bands, comedians, choirs and much more. Guinness Winterfest will roll out serious festive feels from Thursday, December 5 to Sunday, December 8 and from Thursday, December 12 to Sunday, December 15. It will be open to the public, aged 18 and over, from 4-10 pm on Thursday and Fridays, from 1-10 pm on Saturdays and from 1-7 pm on Sundays. Get tickets here. 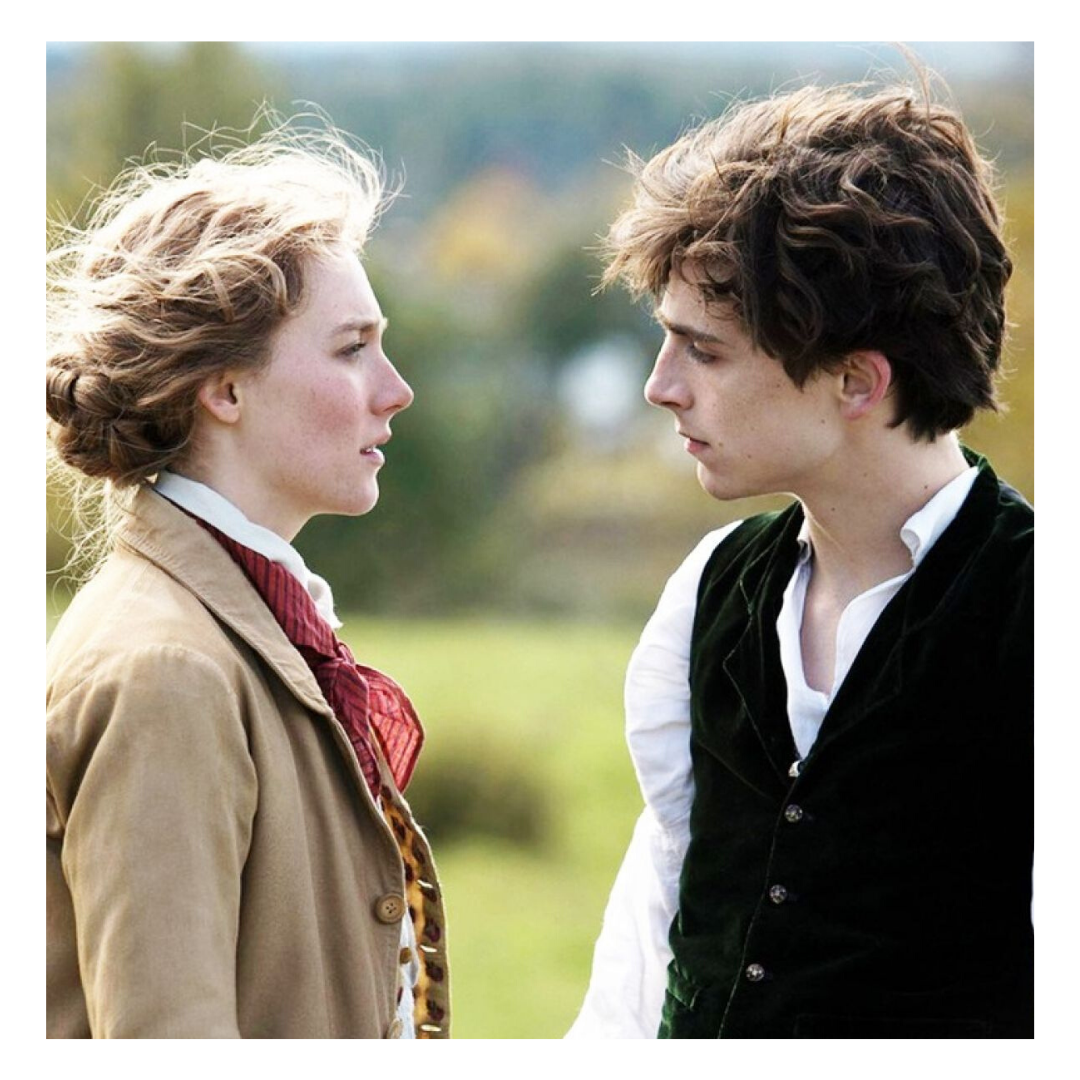 Gather your hooped skirts and too-small silk slippers because Greta Gerwig's Little Women is finally here. The film, much like the book and the Winona Ryder starring movie from the mid-90s, follows the lives of the March sisters - four sisters living in 19th century New England - as they prepare to fly the nest and grow up in a society that expects them to live as caregivers in subservience to their husbands. Of course, Gerwig’s version is rumoured to up the ante a bit, and hone in on the ‘men are trash and we don’t need them’ mantra that movies both past and present need to hear more of. The film opens in the US on Christmas Day and in the UK and Ireland on December 26. 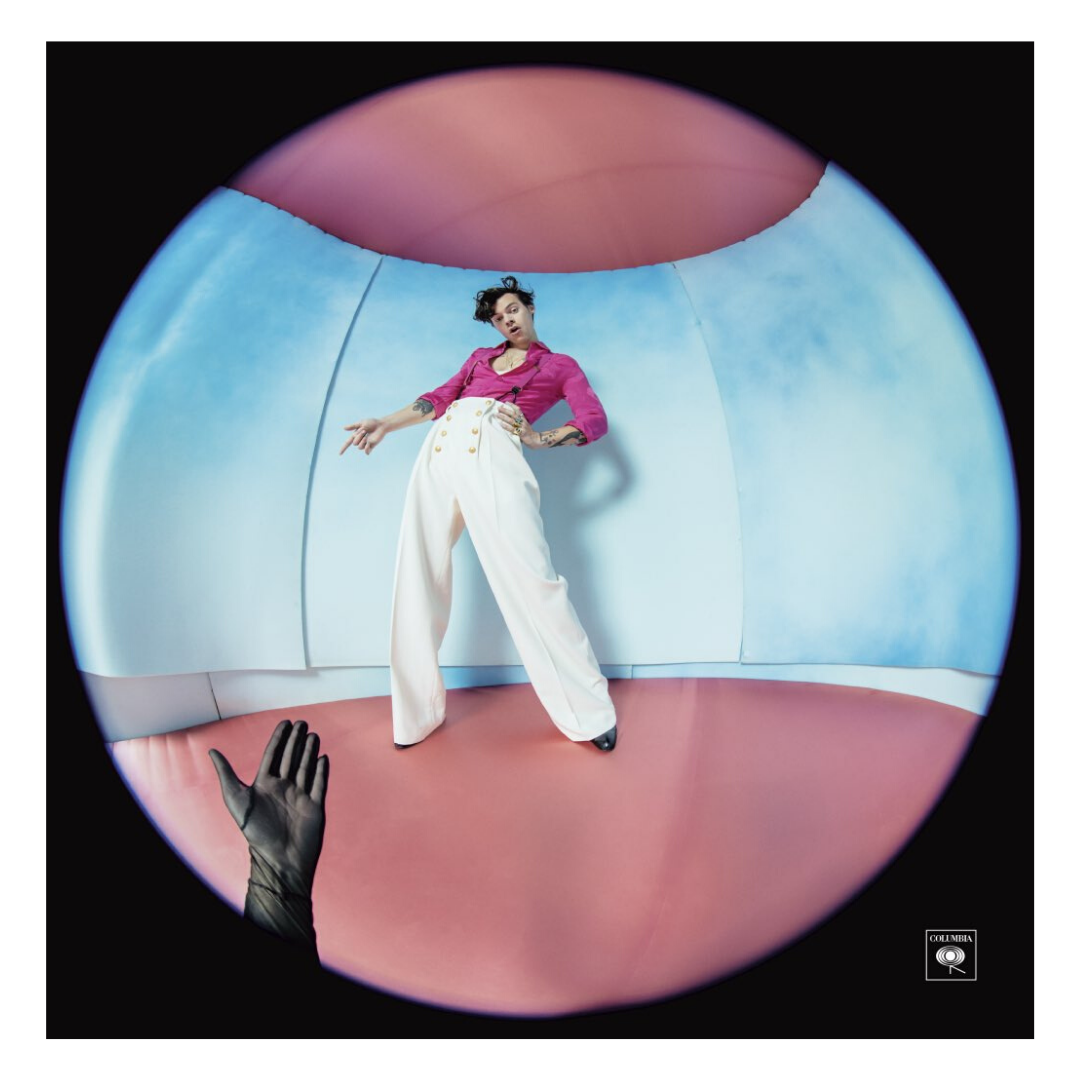 We may be nearing the end of the year but Harry Styles has saved 2019. Nearly two years after his debut solo album, the One Direction heartthrob-slash-almost-Prince-Eric announced that the much-anticipated follow-up to his eponymous 2017 debut would land in our laps on December 13. It’s called Fine Line. The album comes with the unveiling of the artwork for the record too: a flamboyant, fish-eye shot of Harry with one hand on his hip and the other pointing to the floor. (Presumably, this is a reference to where he’ll have to pick us up from once the album actually drops and we all, you know, die as a result of how excellent it is.)

read: YEAR OF THE MONKEY BY PATTI SMITH 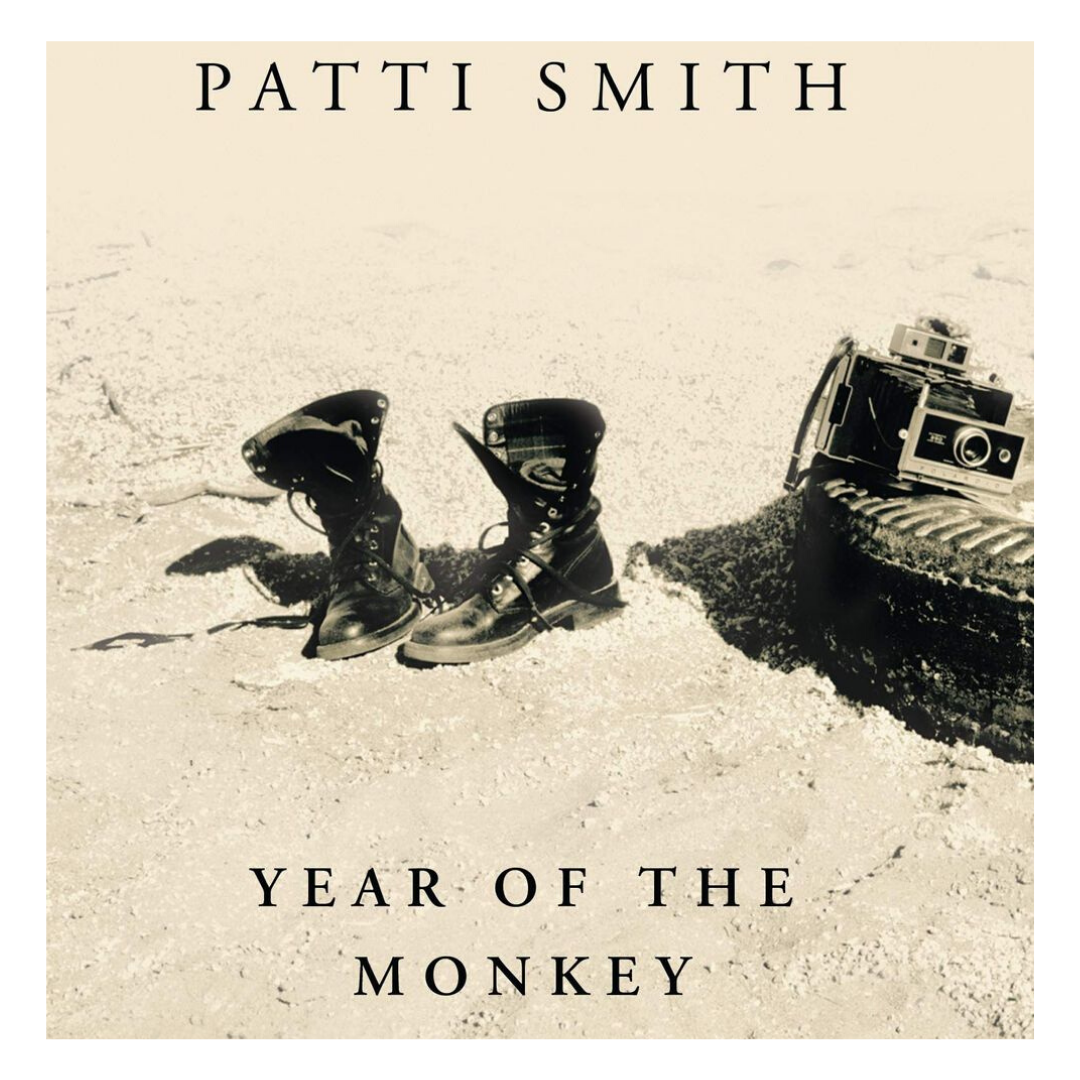 Patti Smith brings us her third book, a narration of her 70th year in 2016 when she spent a year "wandering", as she herself describes. This could easily fall into a poetry category; Smith's prose veers from the whimsical to the hyper-real. Fact and fiction are blurred as the musician takes us on a journey from Southern California to the hospital room of her mentor.

stay: at the mayson 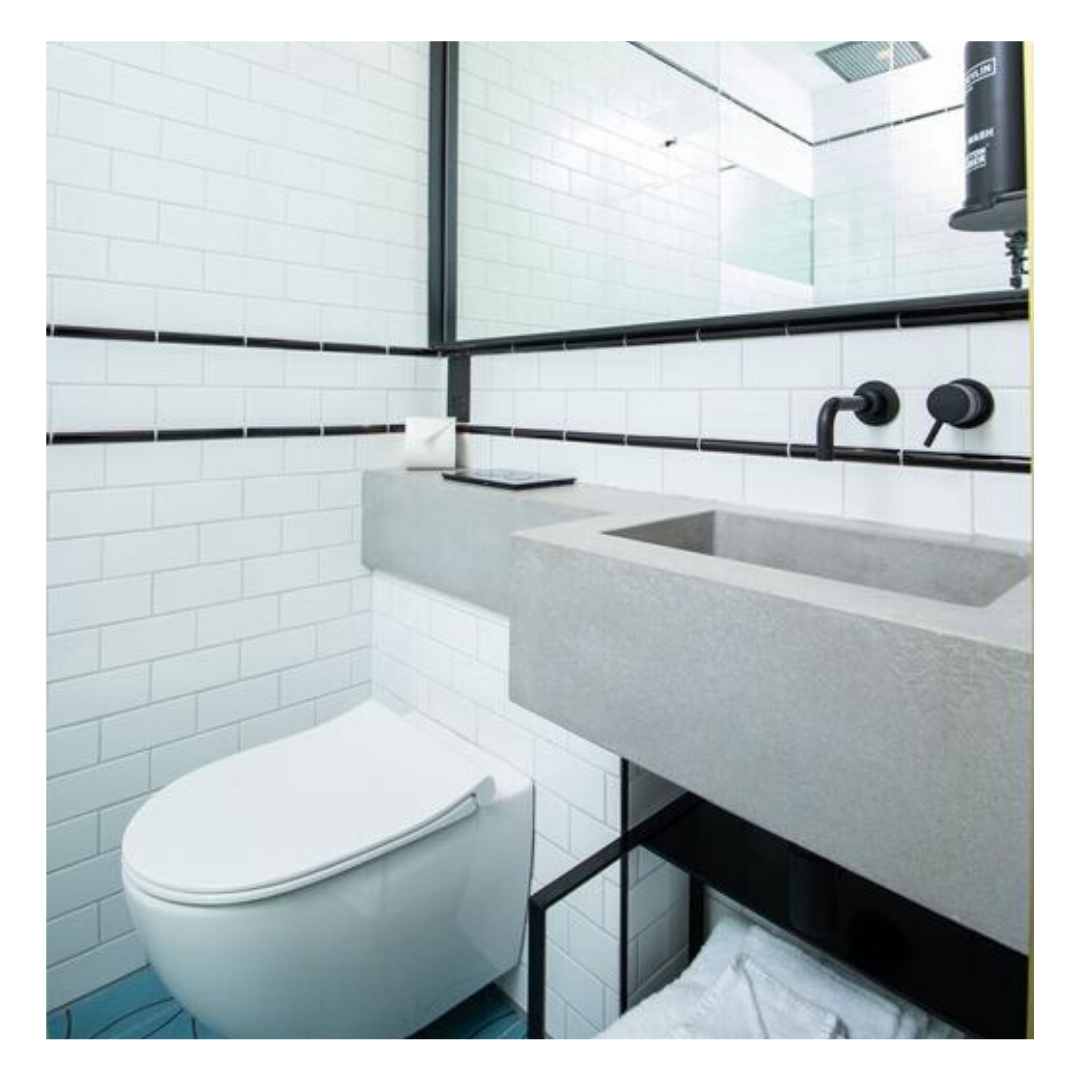 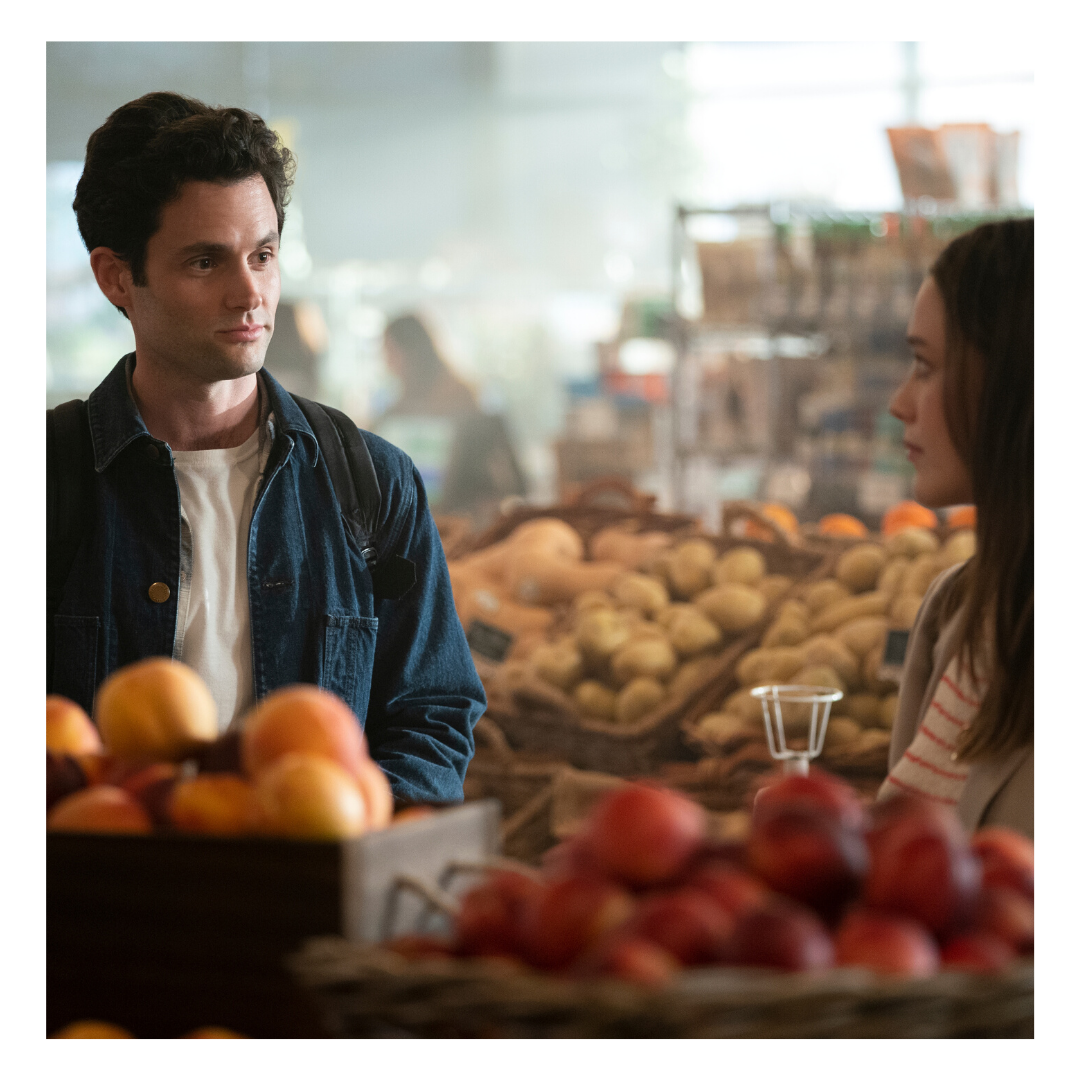 Fortunately for us, Netflix has seen our tweets and heard our pleas, and season two of YOU is coming on December 26. That means that there's sure to be more conflicted inner dialogue about Joe's adoration ("Yes, he's psychotic, but look how much he loves her!") as well as pained screaming at your television/computer screen ("WHY DOES NO ONE ON THIS SHOW CLOSE THE BLINDS IN THEIR APARTMENTS?!") to come, and honestly? I'm equal parts excited and terrified to my core. After last year's rollercoaster ride of a season, where else can the Netflix thriller's twisted storyline take us? How much further can Joe go for love?!

wear: tights, but make it fashion 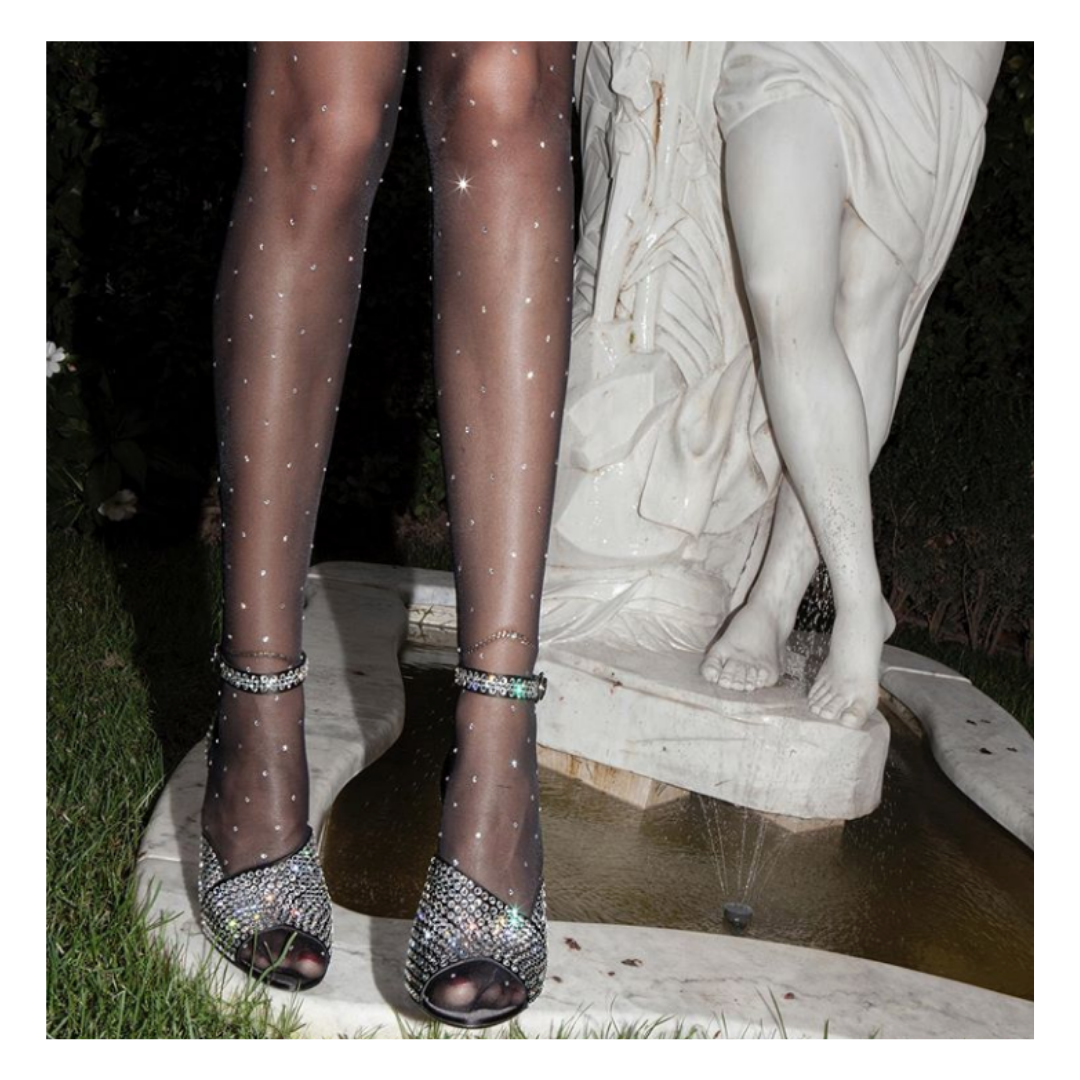 When it comes to party season, there are a few go-to’s many of us rely on year after year. There's that little black dress that you rely on annually when the work Christmas party rolls around, the ever-reliable sequin top that raises jeans to a minimum-effort, maximum-impact status and the velvet dress bag that never fails to serve you on fancier occasions. Tights are another festive-season staple that, for some reason, don't quite receive the kudos they deserve. They're low-cost, accessible to everyone and damn well keep us warm on freezing nights out.

buy: A MoMuse Hope Pendant in aid of Pieta House 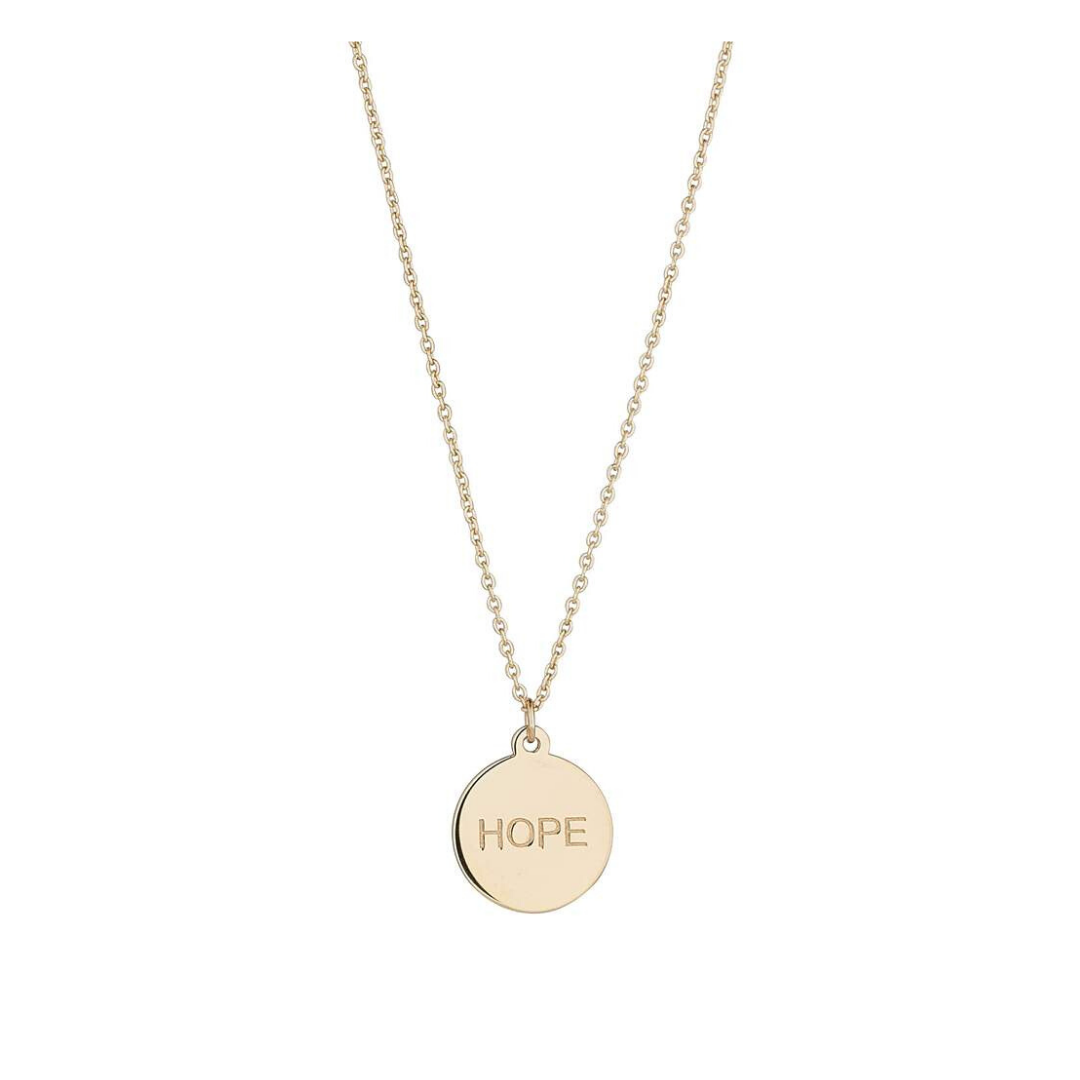 Jewellery brand MoMuse has released a gold-filled Hope pendant this year in support of the suicide and self-harm charity Pieta House. Designed by MoMuse founder Margaret O'Rourke, this elegant piece comes with an inspiring keepsake card that reads, "With this pendant let hope rise and darkness tremble." The pendants are available to buy online at momuse.ie, but if you can, take the time to visit the store in Dublin's Powerscourt Townhouse - the enchanting space really is a haven for the most beautiful collection of adornments, from the finest gold chains to statement hoop earrings. The Hope pendant is such a perfect present to give to loved ones as we head into 2020, and face all the ups and downs another year will inevitably bring.

READ: Every Single Christmas Film Coming To Netflix This Year

READ MORE: There's Good Reason We Millennials Are So Obsessed With Christmas Songs

Related: Dublin, christmas, trending this month, what to do