From what to binge on Netflix to what to eat and where...here's how to spend September 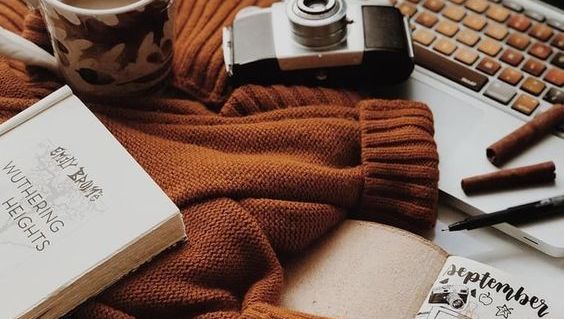 A month so good that Earth, Wind & Fire dedicated a song to it, September is here and if I'm being honest - I'm not mad about it.

Gone are the days of sweaty commutes to work and while I'll be sad to hang up my summer dresses for yet another year, I'm personally looking forward to a wardrobe full of ankle boots and woolly jumpers.

Sartorial changes asides, September brings the arrival of some hugely anticipated Netflix drops, the biggest nocturnal cultural showcase in Ireland and the openings of a whole host of bars and restaurants.

So whatever this month has in store, we've rounded up everything new coming to a city street or screen near you.

EAT: at the greenhouse 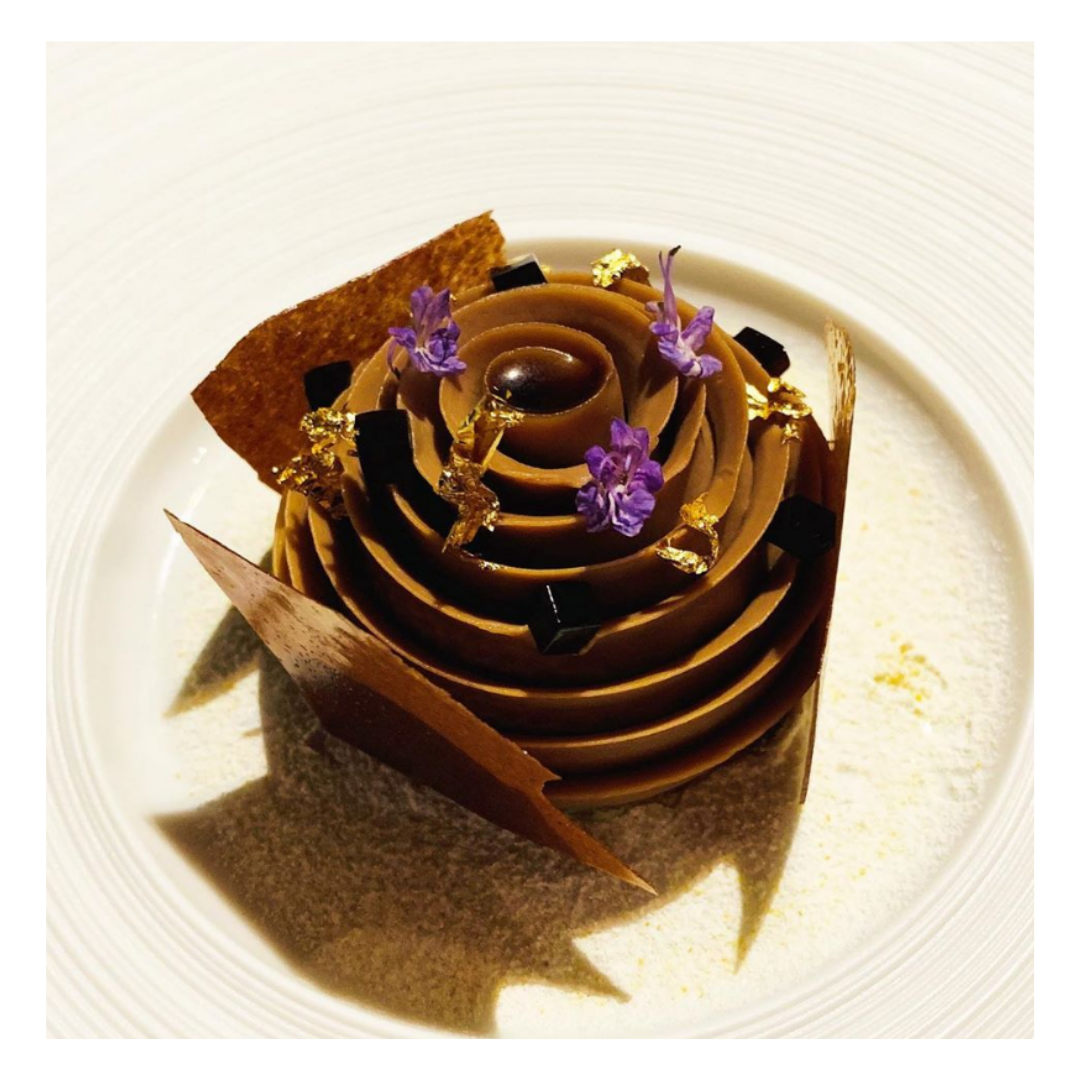 If you're looking for the best restaurant in Dublin, The Greenhouse is it - literally. After winning the award for Best Restaurant Dublin at the FOOD AND WINE awards last Sunday, the establishment went on to win even more awards including Best Chef in Dublin as well as Overall Best Chef. Known for creating some of the most inventive and delicious food in the country and with a Michelin star under its belt, there really is nowhere else to eat in Dublin this September. 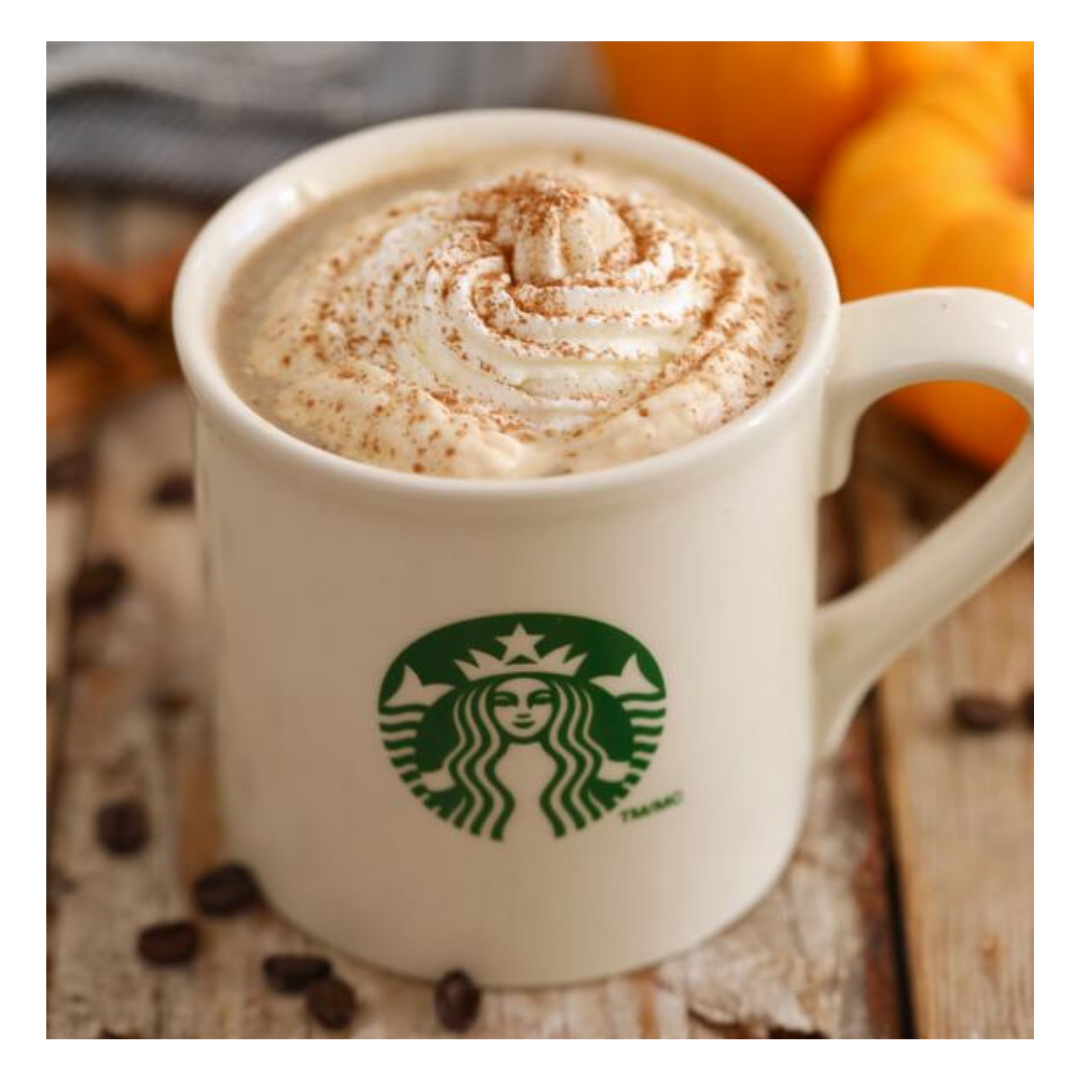 It might not quite be sweater weather yet (I don’t know about you, but where I am, it’s still 25 degrees most days), but, I mean, let’s go ahead and get Pumpkin Spice Season started anyway. It is, after all, the most wonderful time of the year. 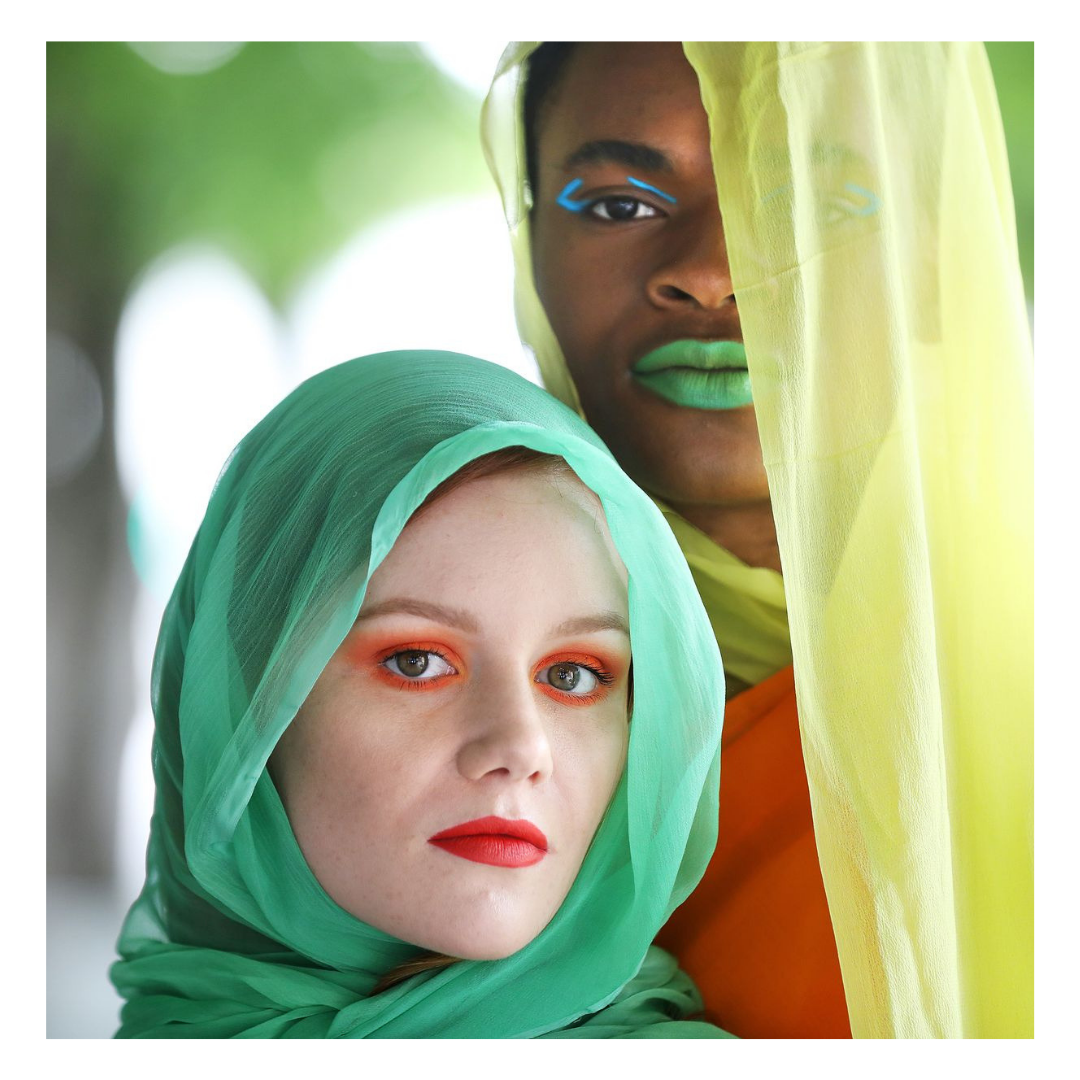 With over 4,000 plus free events taking place across the country, Culture Night is the biggest nocturnal cultural showcase in Ireland takes place on September 20. Festival-goers will have the opportunity to attend an outdoor cinema in Dublin 8’s Digital Hub, Dublin Flea Night Market, Time As Form- an exhibition of works by asylum seekers and refugee artists amongst other things. The flagship open-air concert is set to return to the historic granite walls of Clarke Square at the National Museum of Ireland - Decorative Arts & History Collins Barracks. And if you can't get enough of the music, you can catch songstress Lisa Hannigan at IMMA performing a musical response as part of a collaboration with artist Dorothy Cross. 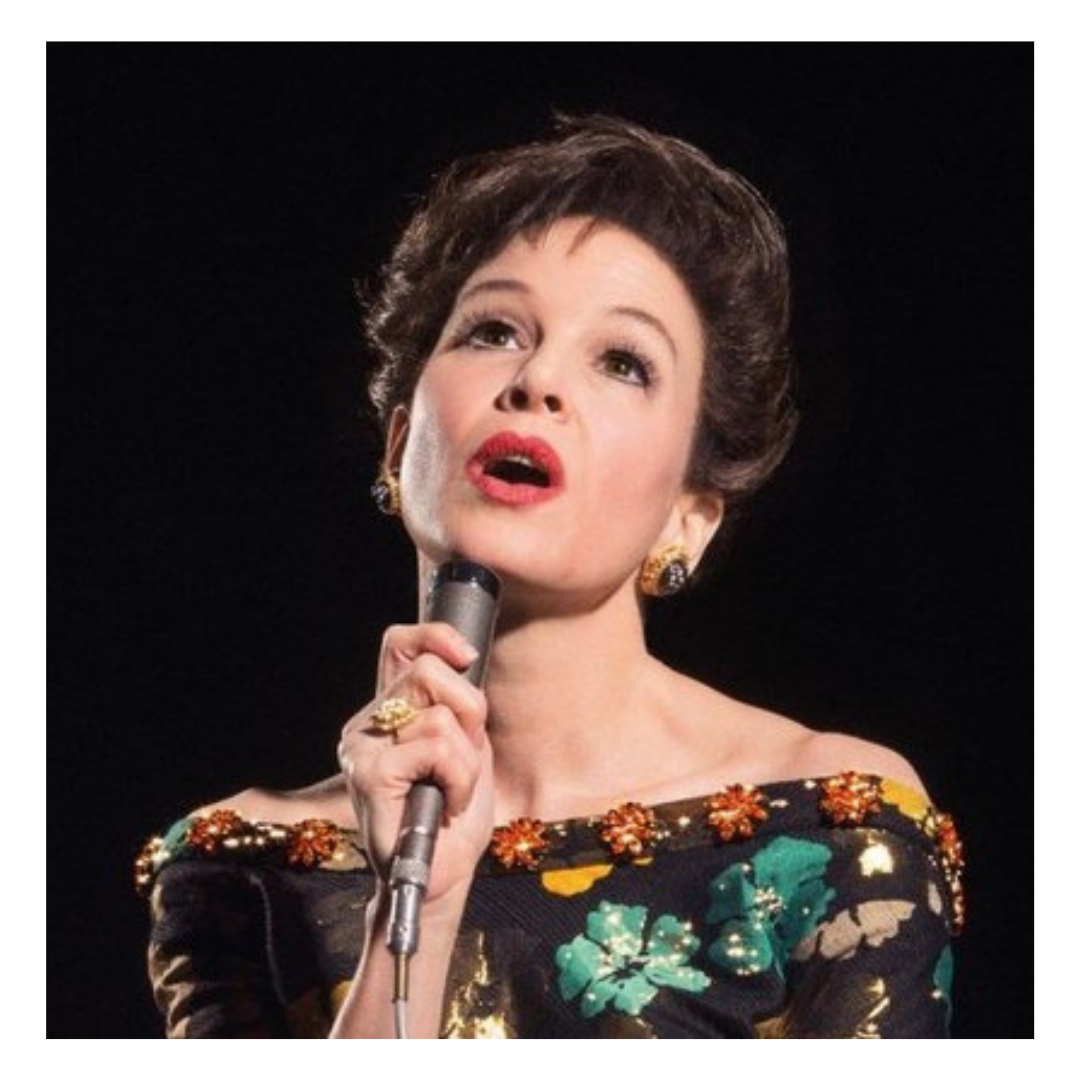 Renée Zellweger, who was nominated for her singing and dancing turn as Roxie Hart in the movie musical Chicago and also sang opposite Ewan McGregor in the near-perfect pastiche Down With Love, takes her pipes out for another spin for her role in the upcoming biopic Judy. The film hits Irish cinemas at the end of this month. 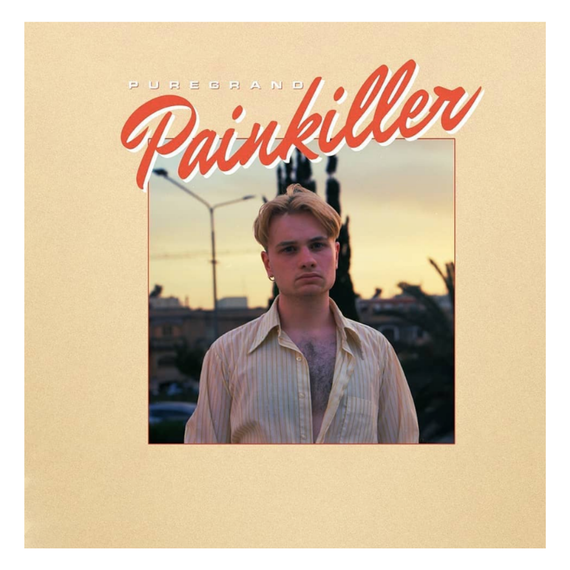 I could rattle off a list of all the '80s trends resurfacing right now without even trying: puffed sleeves, strong shoulders, hot pink, cycling shorts…I could go on, but I think you get the gist. With nearly every trend under the sun coming back, it was only a matter of time until the music world caught up. Cue Luke Faulkner aka Pure Grand. Shining a neon light upon the golden age of music with dancefloor-ready baselines, contemporary lyrics, disco beats and synths. Listen here. 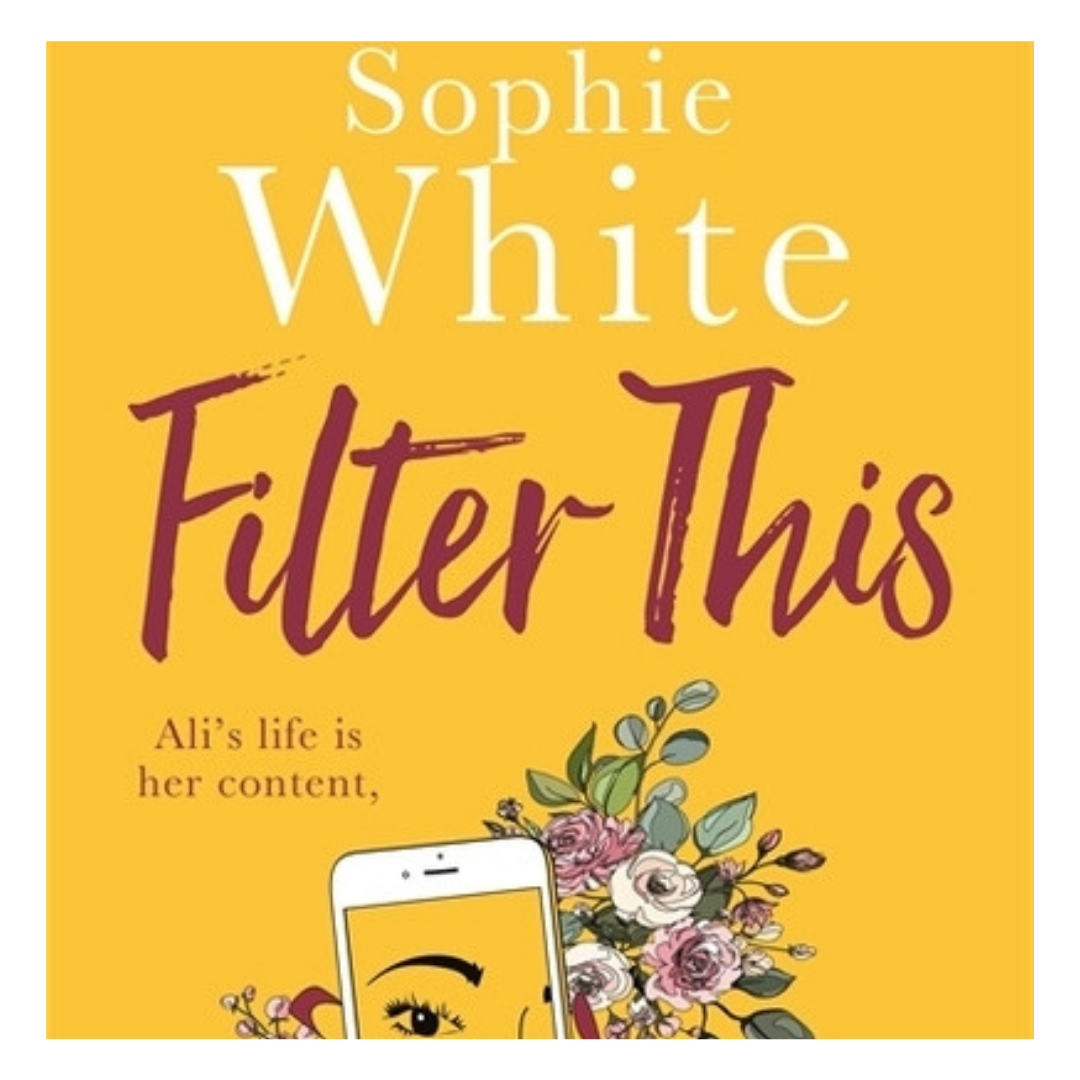 In a world where Kim Kardashian can ‘break the internet’ with a single post and a young hairdresser from Essex can become an Instagram sensation simply by cleaning her house, everyone seems to be #livingtheirbestlives on social media. But what about the parts of our lives that don’t get the ‘filter’ treatment? Ali Jones is hell-bent on achieving her #lifegoals: 10,000 Instagram followers and a win at the upcoming Glossie Influencer Awards. So when she inadvertently leads people to believe she is pregnant, she quickly realises that riding the ‘Mummy Influencer’ wave could be her ticket to Insta-success — even if, off-screen, her life is falling apart. But then things get even more complicated when Tinder Sam, Ali’s one-night-stand, resurfaces, determined to take his new role as baby daddy seriously … Elsewhere on Insta, Ireland’s biggest influencer (and Ali’s idol) Shelly Divine has it all – at least on social. But beneath the immaculately curated feed, cracks are appearing. Shelly harbours a secret from her followers – and her husband – but who will be the first to discover what she’s been hiding? As the night of the Glossies approaches, what will it take for Ali and Shelly to realise what’s truly important before they lose what matters most? Set in the world of Instagram, Filter This is packed with darkly humorous observations and insights, with its finger firmly on the pulse of our social media culture. On bookshelves nationwide from September 5.

STAY: AT THE Marlin HOTEL 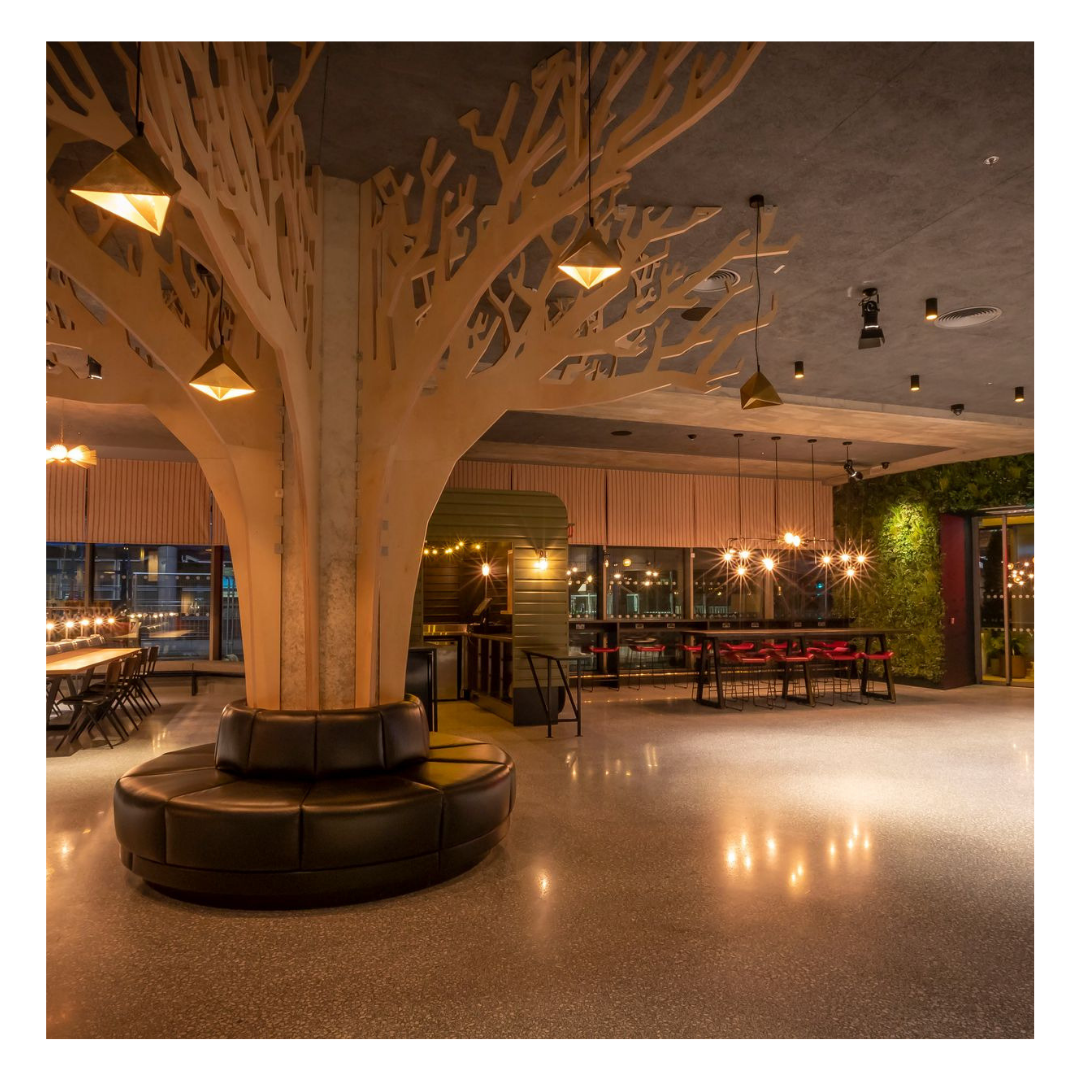 If you are in search of an urban sanctuary, this newly opened Dublin hotel is that and more. Boasting 300 luxury bedrooms on nine floors, the Marlin Hotel is located in a distinctive triangular building at 11 Bow Lane East, adjacent to St Stephen’s Green Shopping Centre. The stunning interiors will blow your mind away but easily the greatest piece featured in the hotel is the full-size wooden tree sculpture located in the lobby. More than just a place to sleep, there's also a music zone on the ground floor with its vast collection of vinyl, record players and headphones along with a fully stocked games area and library that is sure to keep guests entertained. The hotel also has a quirky photo booth perfect for taking some fabulous Instagram-worthy shots of your stay. 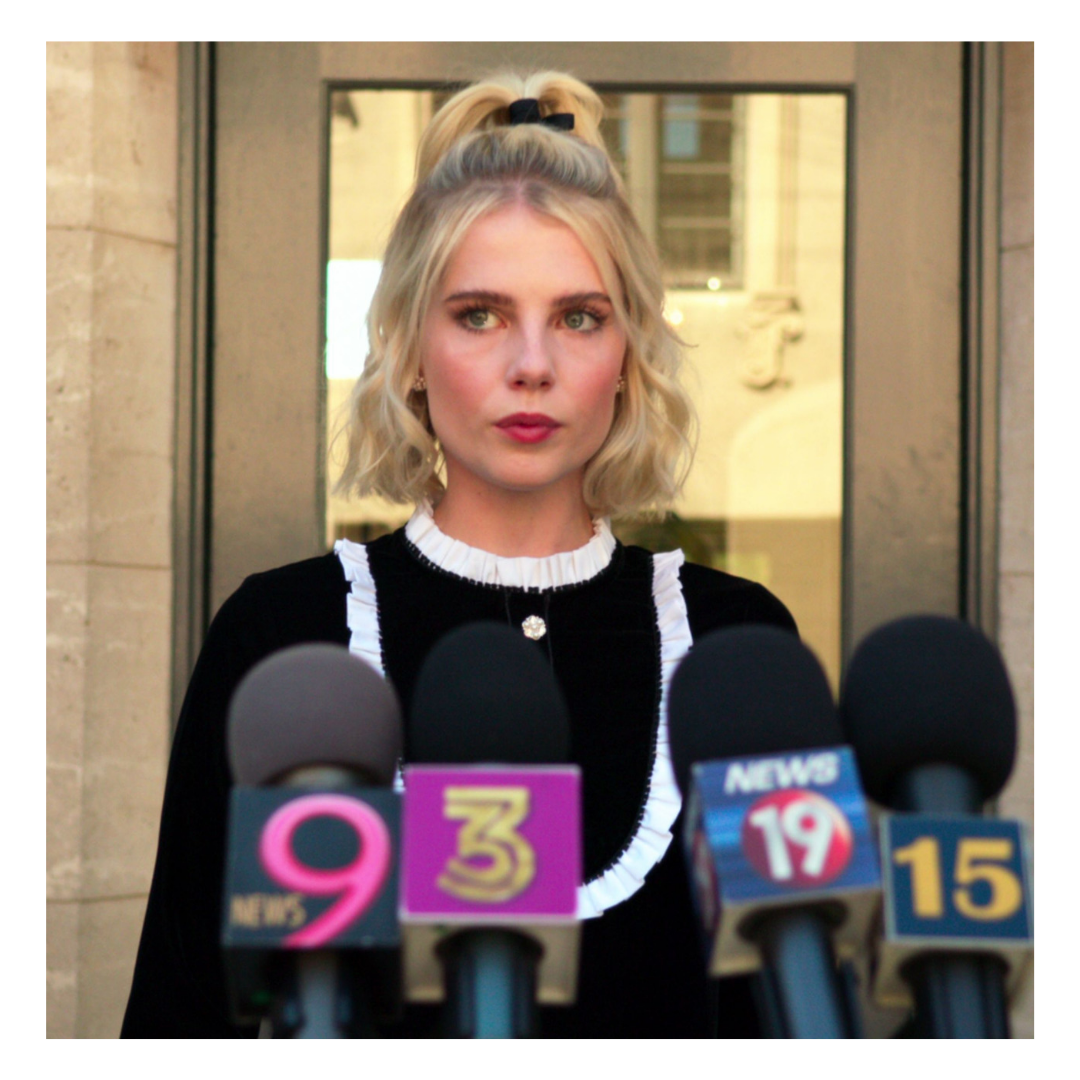 Ryan Murphy, the producer behind pulpy queer TV shows with expensive music licensing budgets like American Horror Story, Pose, Glee and The Assassination Of Gianni Versace makes a move to Netflix with a campy-looking political satire. In The Politician, Ben Platt plays a wealthy Santa Barbara teen gunning to become student body president. Co-stars include Gwyneth Paltrow, Lucy Boynton and Jessica Lange – who is already generating buzz off the trailer thanks to this line: “I don’t understand why calling a gay man a ‘butt munch’ was such a scandal. That’s what gays do: Munch butts and celebrate Halloween.” The Politician will arrive on Netflix, September 27. 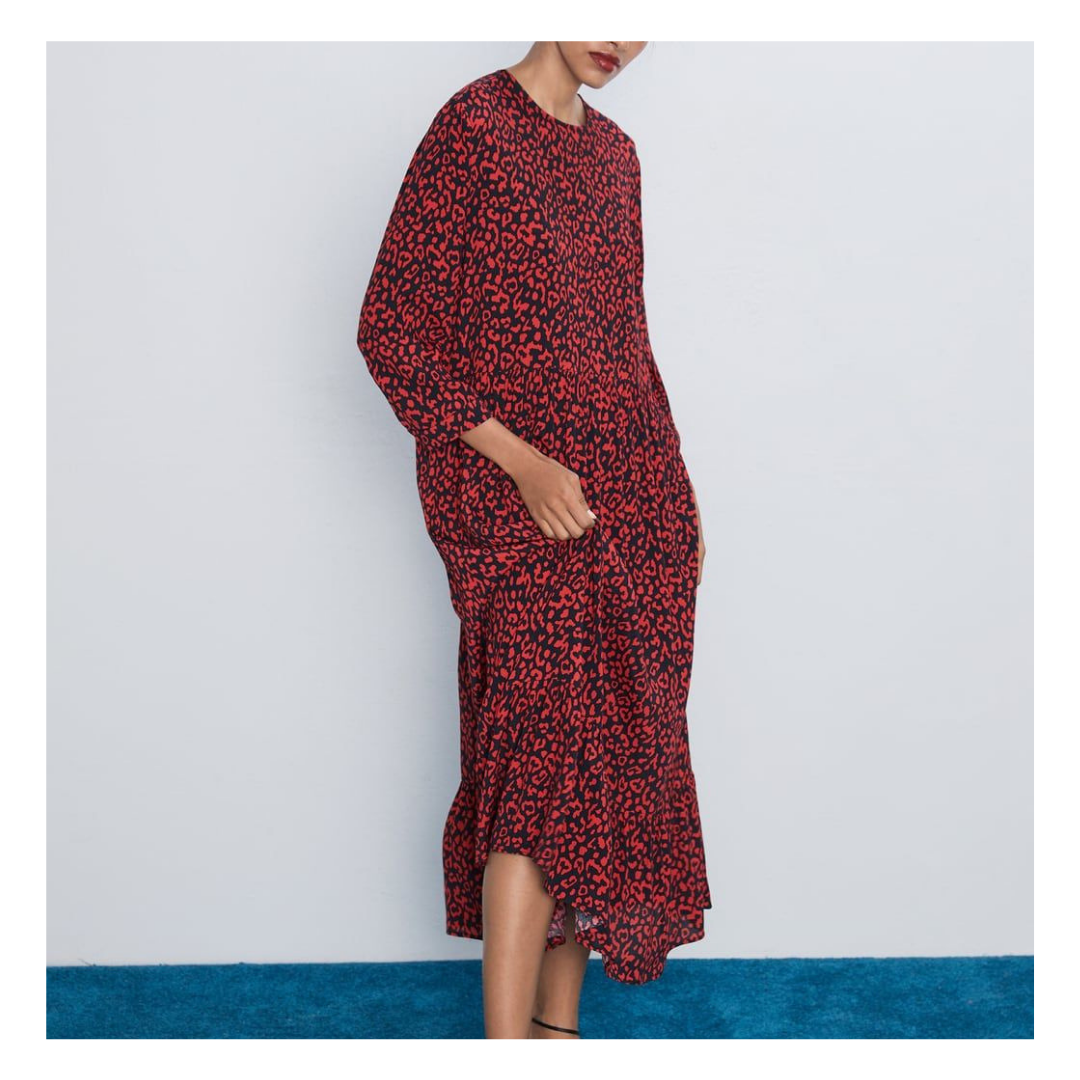 This summer, we saw a cult Zara dress rise and become a viral sensation. Women everywhere have been wearing the dress while riding bikes, waiting for trains, drinking on rooftop bars and even getting married. And it seems the frenzy shows no signs of abating, as the dress has now been re-released, in leopard print, which is the perfect piece to ease us into the new season. Shop it here. 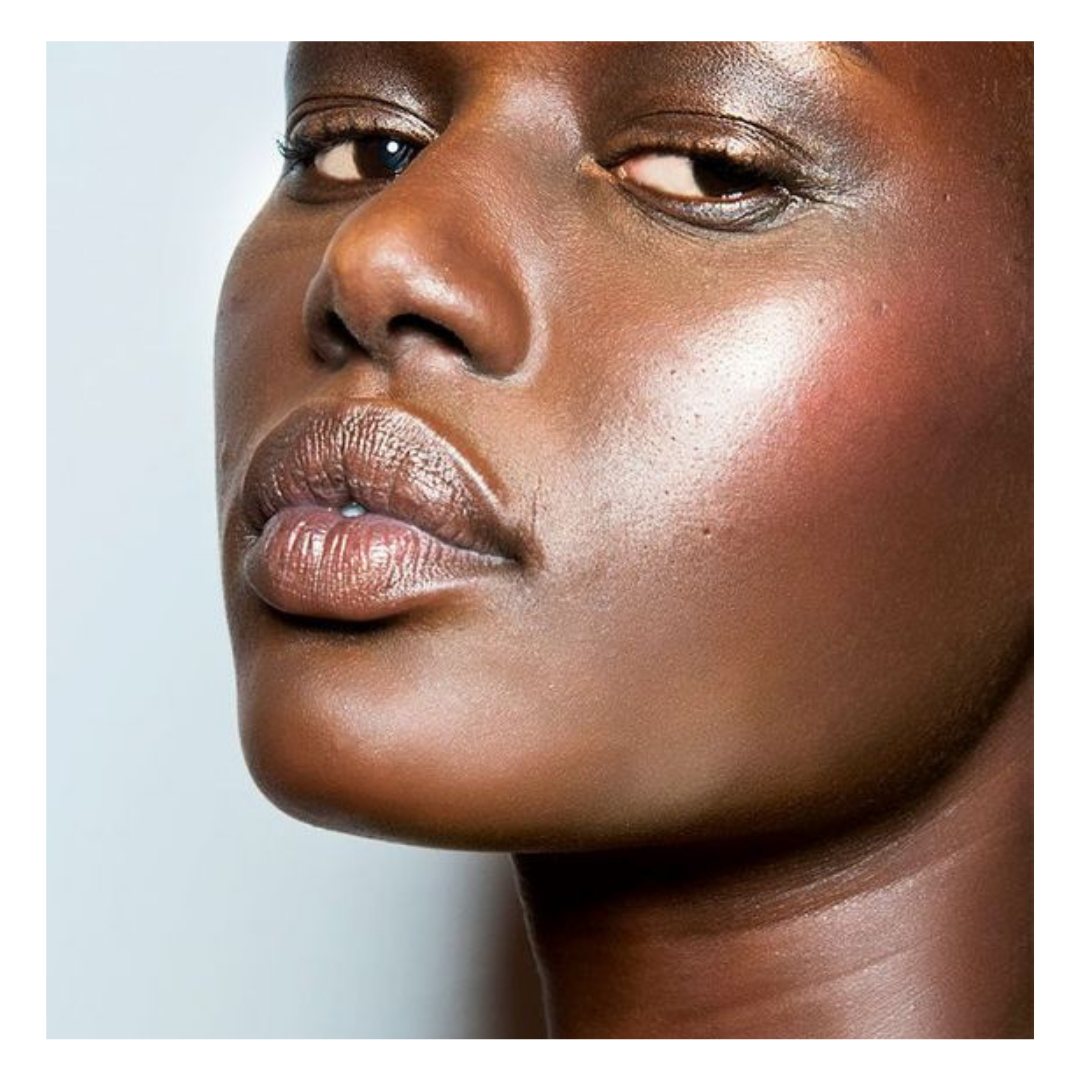 A derivative of the mighty Vitamin A, Retinol is being hailed as a holy grail wonder product thanks to its ability to answer a multitude of skincare concerns, such as fine lines, wrinkles, uneven or pigmented complexion and dull, lacklustre skin. As far as ingredients go, it's the ultimate multi-tasker, which is why it's earned itself a permanent place in most beauty insiders’ bathroom cabinets.

READ: Summertime Sadness Is Real – Here's How To Combat It

READ MORE: What To Watch This Weekend, According To Netflix

Related: trending this month, what to do, september