What To Watch This Weekend, According To Netflix 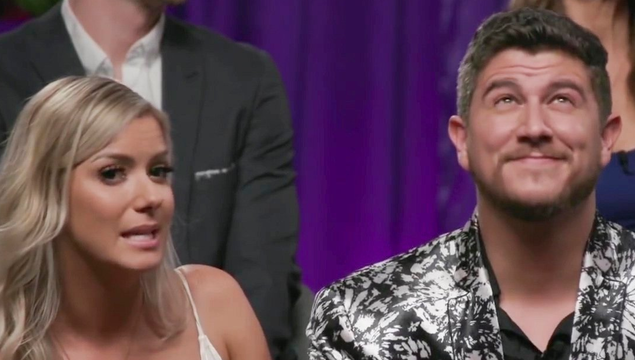 There's a certain energy in the air when Friday rolls around, no matter what the season. People start packing up their desks a little earlier than usual, make plans for Saturday morning brunch and scroll through their dating apps looking for dinner dates.

It can almost feel like it’s mandatory to 'do something' over the weekend.

But we here at Irish Tatler have jumped upon the latest European wellness bandwagon, Niksen - the art of doing nothing - and therefore spend our weekends embracing the full coach potato aesthetic.

TRENDING TODAY: What To Watch On Netflix This IWD

With the Love Is Blind reunion, a new Netflix film starring Mark Wahlberg, a documentary telling the remarkable story of iconic band Oasis – in their own words, Leonardo Di Caprio in Shutter Island and even something to keep the kids quiet thanks to season two of Go! Go! Cory Carsen, Netflix has fully supported our plans of doing absolutely nothing.

Spenser (Mark Wahlberg) — an ex-cop better known for making trouble than solving it — just got out of prison and is leaving Boston for good. But first he gets roped into helping his old boxing coach and mentor, Henry (Alan Arkin), with a promising amateur. That's Hawk (Winston Duke), a brash, no-nonsense MMA fighter convinced he'll be a tougher opponent than Spenser ever was. When two of Spenser’s former colleagues turn up murdered, he recruits Hawk and his foul-mouthed ex-girlfriend, Cissy (Iliza Shlesinger), to help him investigate and bring the culprits to justice. From director Peter Berg, SPENSER CONFIDENTIAL is an action-comedy co-starring Bokeem Woodbine, Marc Maron and Austin Post. Inspired by Robert B. Parker’s Wonderland, a best-selling novel by Ace Atkins.

If you haven't already caught up on the first season of Love is Blind, (what have you been doing?!) go binge the series immediately. Then join Jessica, Mark, Lauren, Cameron, Barnett, Amber, Carlton, Diamond, Kelly, Kenny, Giannina and Damian as they share with Nick and Vanessa Lachey what they've learned from their experiences and what it was like to see if play out on screen.    After a highly-anticipated season finale, Nick and Vanessa Lachey bring the cast of Love is Blind back together for the first time to spill the tea and come clean on the season’s juiciest moments. All of your burning questions will be answered in this can’t-miss episode. Which couples are still together? What was it REALLY like to watch this unfold all over again? Do they have any regrets? Sign us up.

From award-winning director Mat Whitecross, SUPERSONIC tells the remarkable story of iconic band Oasis – in their own words. Featuring extensive unseen archive, SUPERSONIC charts the meteoric rise of Oasis from the council estates of Manchester to some of the biggest concerts of all time in just 3 short years. This palpable, raw and moving film shines a light on one of the most genre and generation-defining British bands that has ever existed.

Shutter Island is the story of two U.S. marshals, Teddy Daniels (Leonardo DiCaprio) and Chuck Aule (Mark Ruffalo), who are summoned to a remote and barren island off the coast of Massachusetts to investigate the mysterious disappearance of a murderess from the islands fortress-like hospital for the criminally insane.

From director, Todd Douglas Miller comes a cinematic event 50 years in the making. Crafted from a newly discovered trove of 65mm footage, and more than 11,000 hours of uncatalogued audio recordings, Apollo 11 takes us straight to the heart of NASA's most celebrated mission—the one that first put men on the moon, and forever made Neil Armstrong and Buzz Aldrin into household names. Immersed in the perspectives of the astronauts, the team in Mission Control, and the millions of spectators on the ground, we vividly experience those momentous days and hours in 1969 when humankind took a giant leap into the future.

Ugly Delicious returns for a second season from James Beard Award-Winning Chef David Chang and Academy Award-Winner Morgan Neville. The second season of the hit series continues to challenge both our taste buds and our minds as Chef Chang travels the world with writers and chefs, activists and artists, who use food as a vehicle to break down cultural barriers, tackle misconceptions and uncover shared experiences.  And this season ventures into more of the unknown,  including the world of parenting as Chang gears up to become a first-time father.  Special guests include Nick Kroll, Aziz Ansari, Padma Lakshmi, food writers Helen Rosner and Chris Ying, Danny McBride, Bill Simmons, and Dave Choe among others.

As chaos descends on Istanbul, Hakan faces a formidable Immortal who seeks to possess the key to destroying the city.

Daring adventure meets chilling darkness as Riverdale explores a new side of grief and the gang prepares for the ultimate test: senior year.

When a college heartthrob is accused of rape by a less popular student, his girlfriend navigates various versions of the story in search of the truth.

Now halfway through her twenties, Taylor Tomlinson is ready to leave her mistakes behind her. Following her Netflix debut on The Comedy Lineup Part 1 (2018), Taylor divulges the lessons she's learned in her first hour-long comedy special, Taylor Tomlinson: Quarter-Life Taylor talks about working on yourself, realistic relationship goals, and why your twenties are not actually “the best years of your life.”

Driveway dance parties, birthday treasure hunts — and going to the doctor to fix a flat tire. Whatever life brings, Cory's gassed up and ready to go!

From surprising stage performances to spraying colours with friends, join baby Bheem for all his Holi hijinks during the special spring festival.

READ MORE: Whatsapp's Latest Update Is Here To Save Your Eyes And Battery Life

Related: Netflix, weekend, what to watch