6 Places To Visit In Greece That Aren't Athens, Mykonos or Santorini

Get you to the Greek. 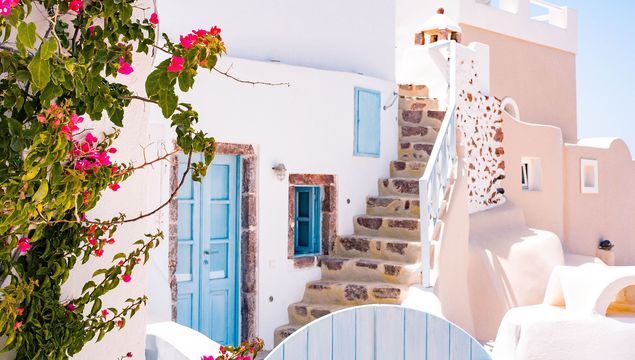 There's more to Greece than just the Parthenon of Athens, the black sands of Santorini and the party resorts of Mykonos.

Home to some of the world's most important historical sites, along with some 6,000 islands, Greece is known for its natural beauty and fascinating culture. Yet there seems to only ever be three destinations that pique tourists' interest: Athens, Mykonos and Santorini.

Sure, Athens is an ancient city filled with ancient archaeological sites. And sure, Santorini is made up of cliffs tumbling into sparkling blue water, sand and pebble beaches. And sure, Mykonos' balmy Mediterranean climate combined with its world-famous nightlife makes for a popular destination amongst twenty-somethings.

But what if we told you that you can experience all of the above, without the crowds...and in the same place? From city breaks to island getaways, Greece has it all. Whether you are a sun-worshipper or a history buff, you are sure to find something to see or do when visiting Greece. Keep scrolling for six underrated Greek destinations that aren't Athens, Mykonos or Santorini. 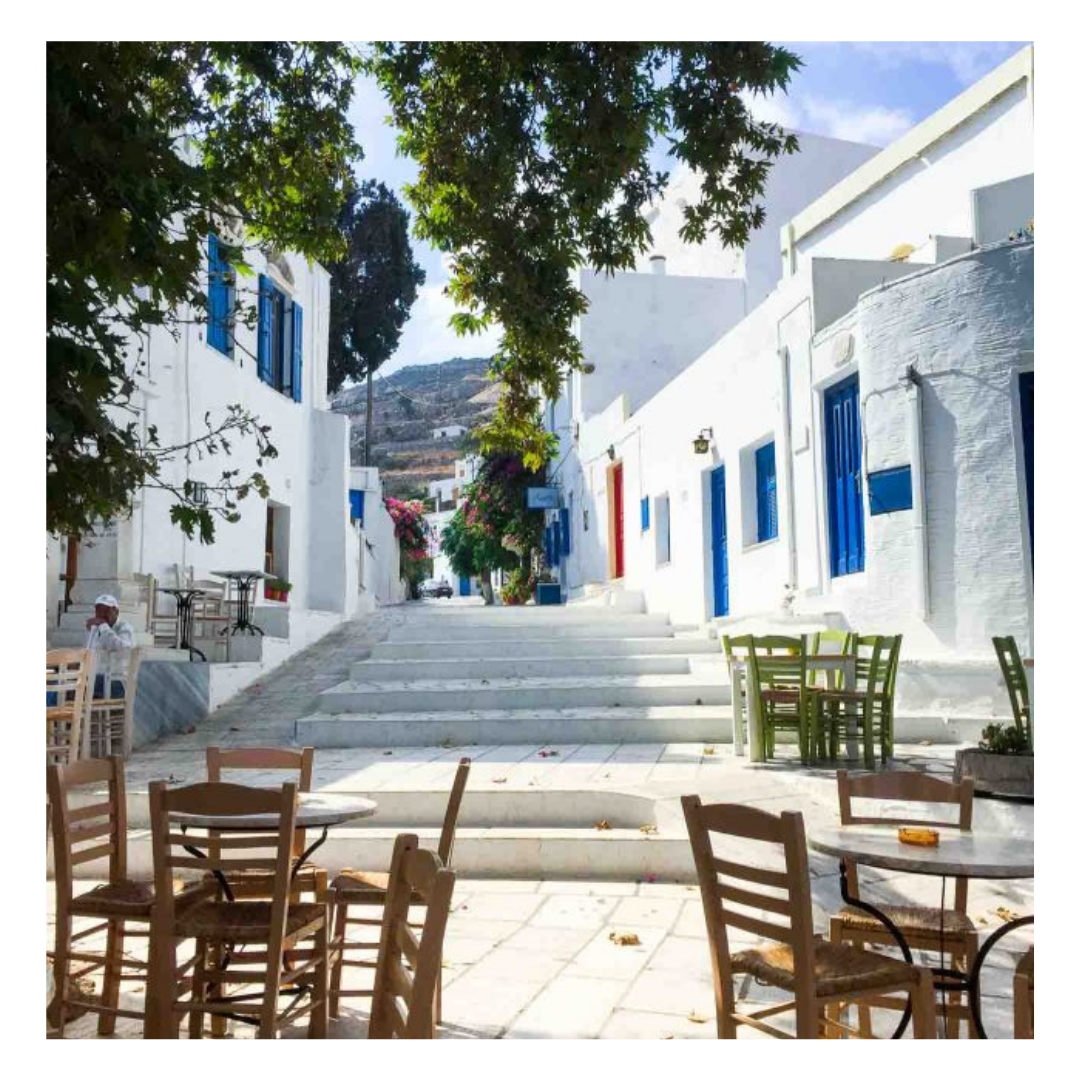 With more than 50 villages - each vying to be fairest of them all - Tinos is famous for its marble, birds and floral doorways. Tinos takes its food culture seriously: there are artichoke, caper and honey festivals. Just 15 minutes from Mykonos, so it's a wonder it isn't overrun with tourists. The harbour is swarmed on August 15, however, when Orthodox pilgrims flock here to kiss the icons at Panagia Evangelistria monastery, one of the holiest sites in Greece. Otherwise, the island is miraculously untouched. 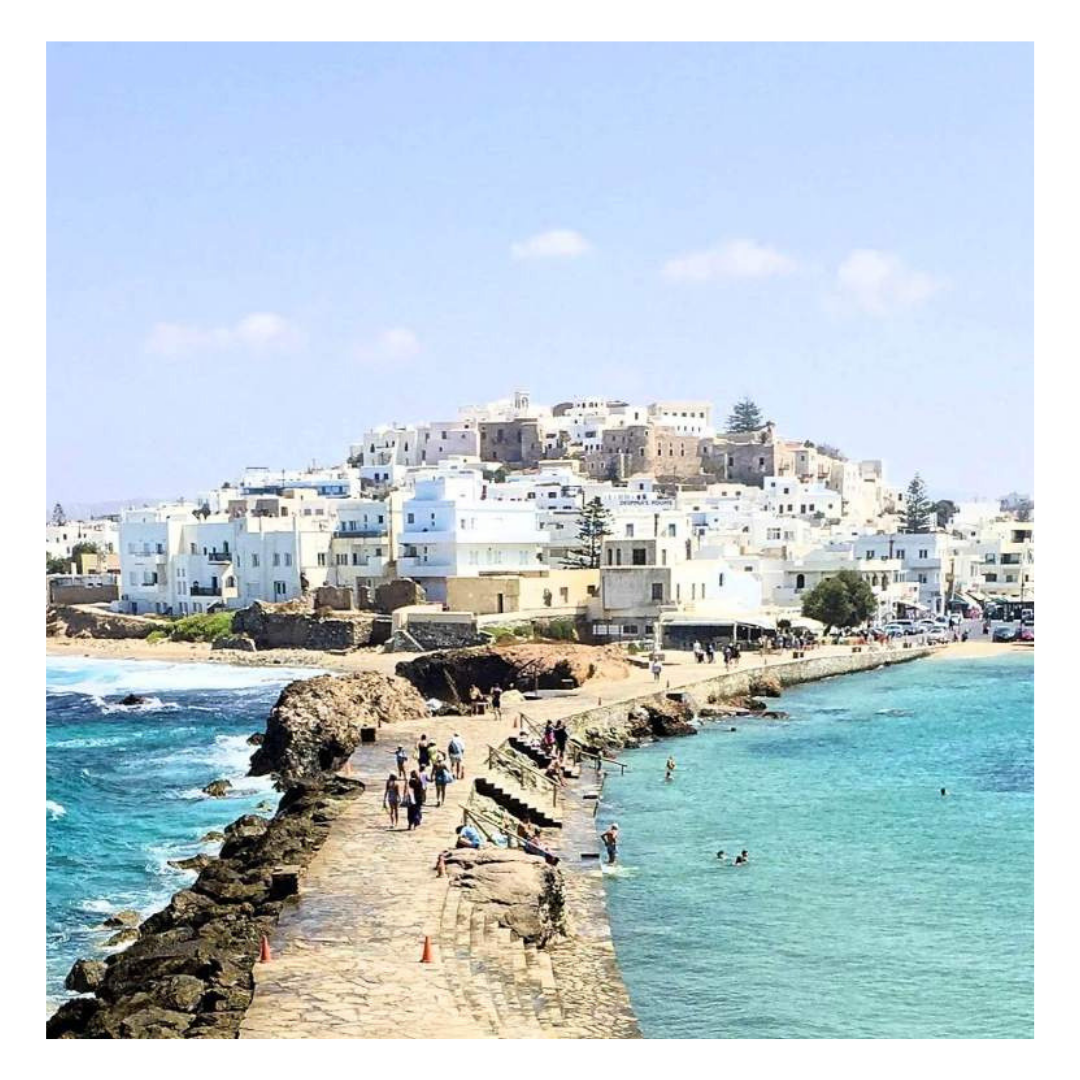 The west coast of Naxos is fringed with mile upon mile of powdery sands. Agios Prokopios and Agia Anna are the perfect destinations for those travelling with toddlers and/or teenagers with its shallow waters and beach bars. As you head south, the beaches get wilder: Plaka, where you can gallop across the dunes on horseback, Mikri Vigla for windsurfing and kitesurfing, and crystal-clear Kastraki. Should you tire of frolicking on the shore, there are dozens of quaint villages to explore.  With local citron liqueur (Kitron), homemade wine and cheese (Arseniko), it's no wonder Herodotus described Naxos as "the happiest of islands". 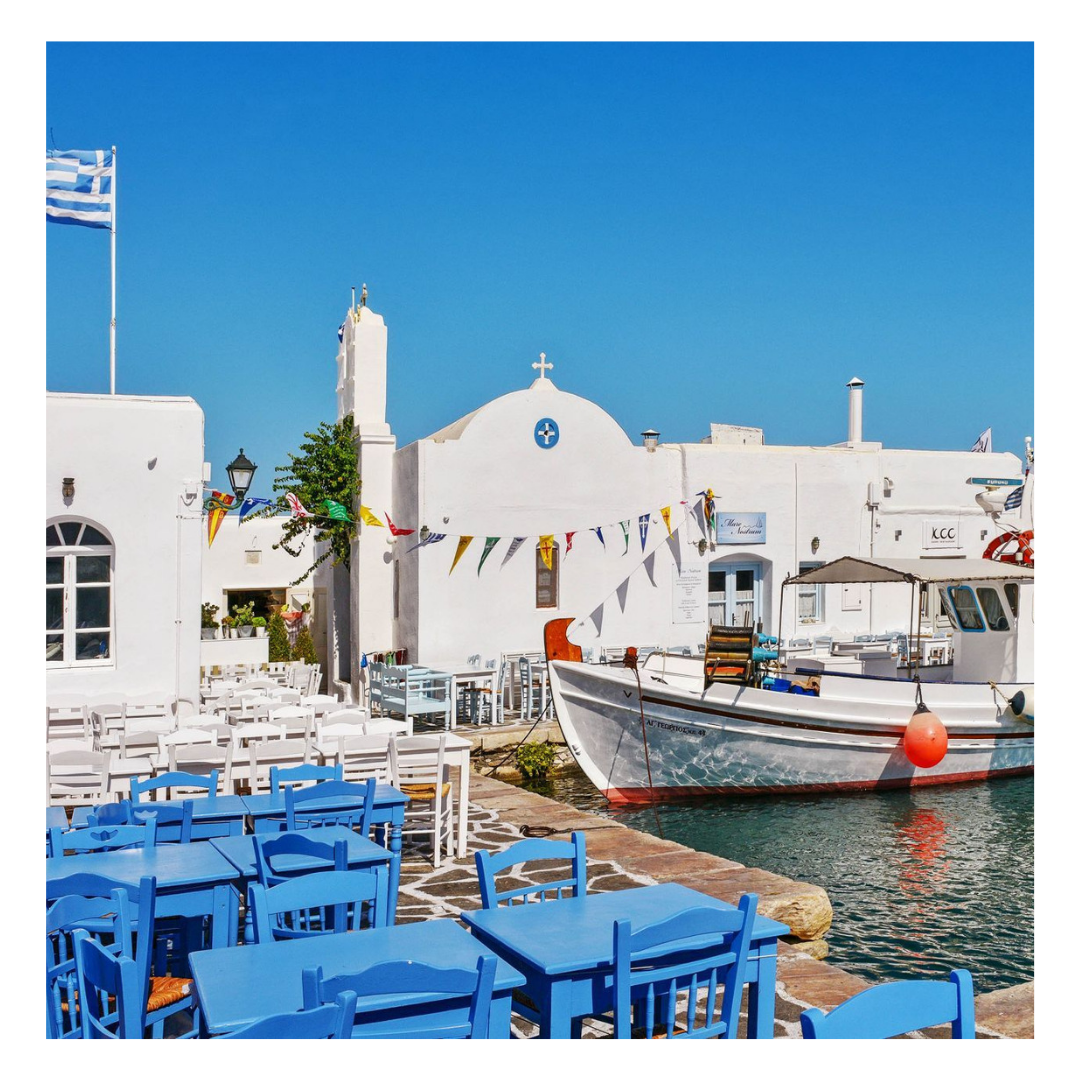 Resting nonchalantly in the shadows of Greece's limelight, Paros is often merely to referred to as a "ferry hub". Yet Paros' bustling capital with its ancient remains, the resort town of Naoussa and sweet rural villages are all the more charming for their lack of crowds. 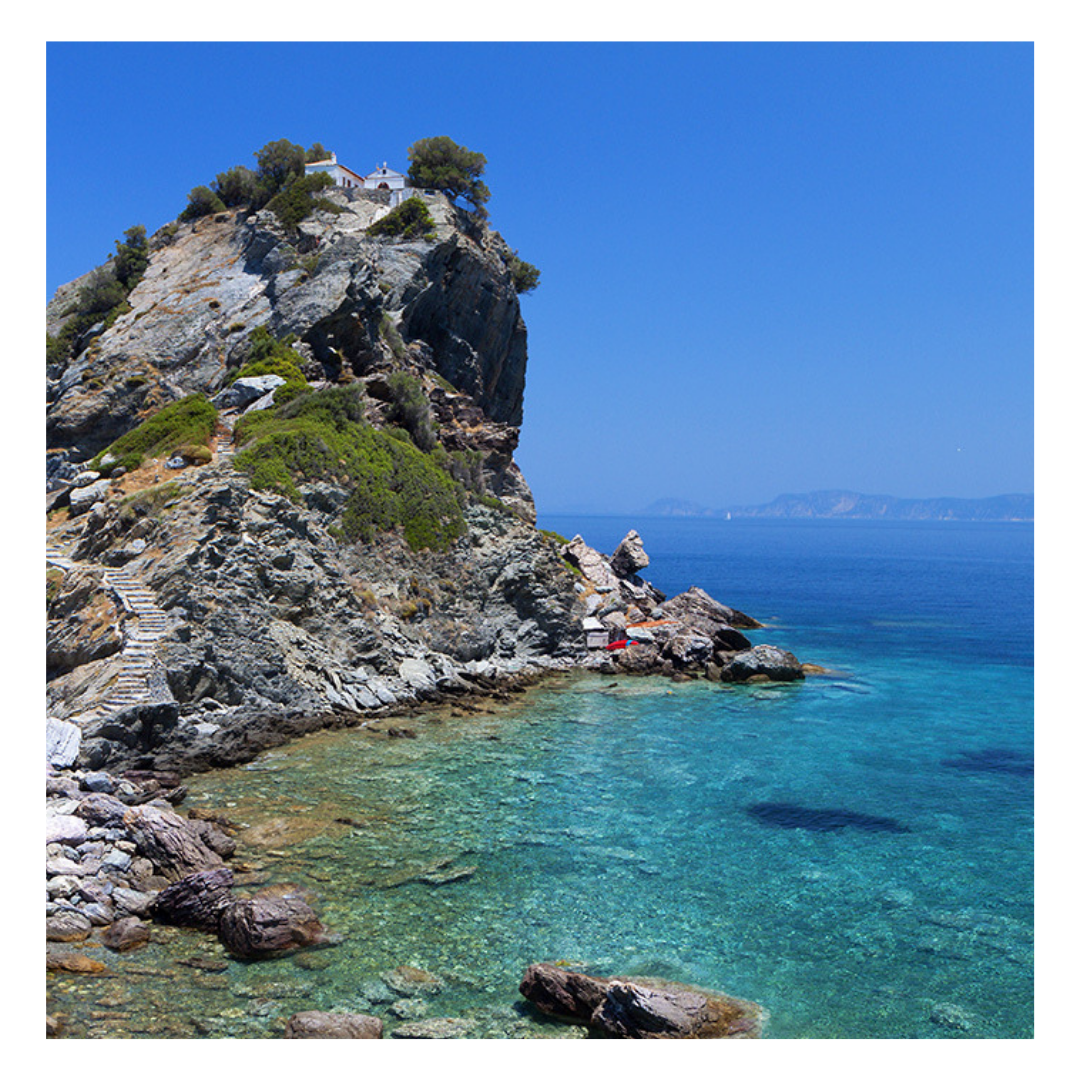 One of the Sporades, Skopelos sits pretty off the eastern shore of the mainland and was largely known for its abundance of plums until, in summer 2007, Hollywood arrived. If the limestone cliffs, greenery and turquoise water seem familiar, it's because they were the backdrop for Mamma Mia! While you have an entire island to explore, the film’s chief location was Kastani Beach, on the west of the island. This unspoilt Mediterranean dream cove was enhanced for the production with the addition of a jetty and a beach bar, neither of which remain (though there is now a bar). You’ll know Kastani for two scenes in particular, when Sophie (Amanda Seyfried) and her fiancé Sky (Dominic Cooper) sing  ‘Lay All Your Love On Me’, joined by Sky’s groomsmen emerging from the sea, and when Tanya (Christine Baranski) sasses her way through ‘Does Your Mother Know’. 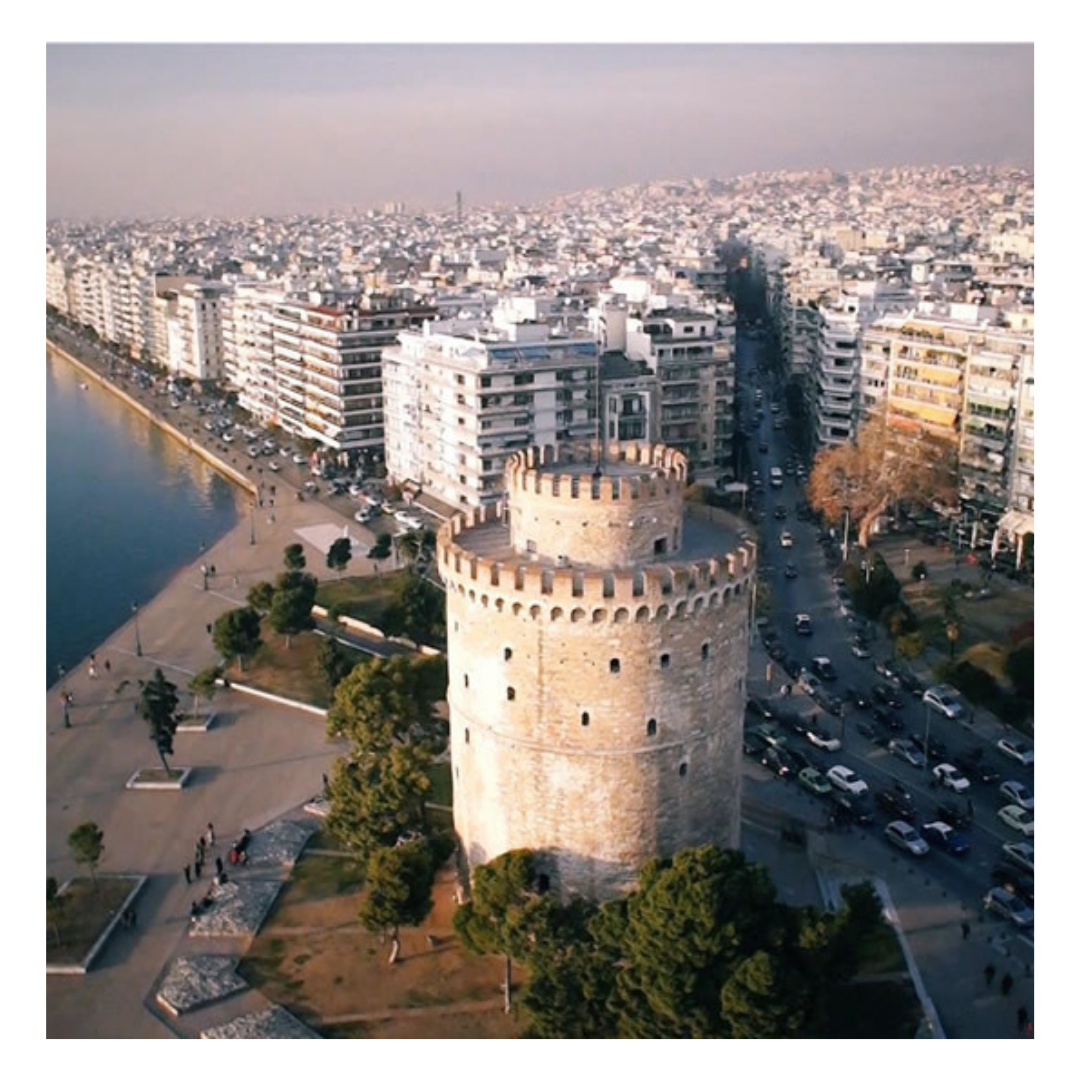 Thessaloniki is easy to fall in love with – it has beauty, chaos, history and culture, remarkable cuisine and although it's a city, there are also wonderful vast sea views. This is Greece’s second city, which, like the rest of the country, has suffered the hit of the economic crisis, but the streets remain full of life and vibrancy. 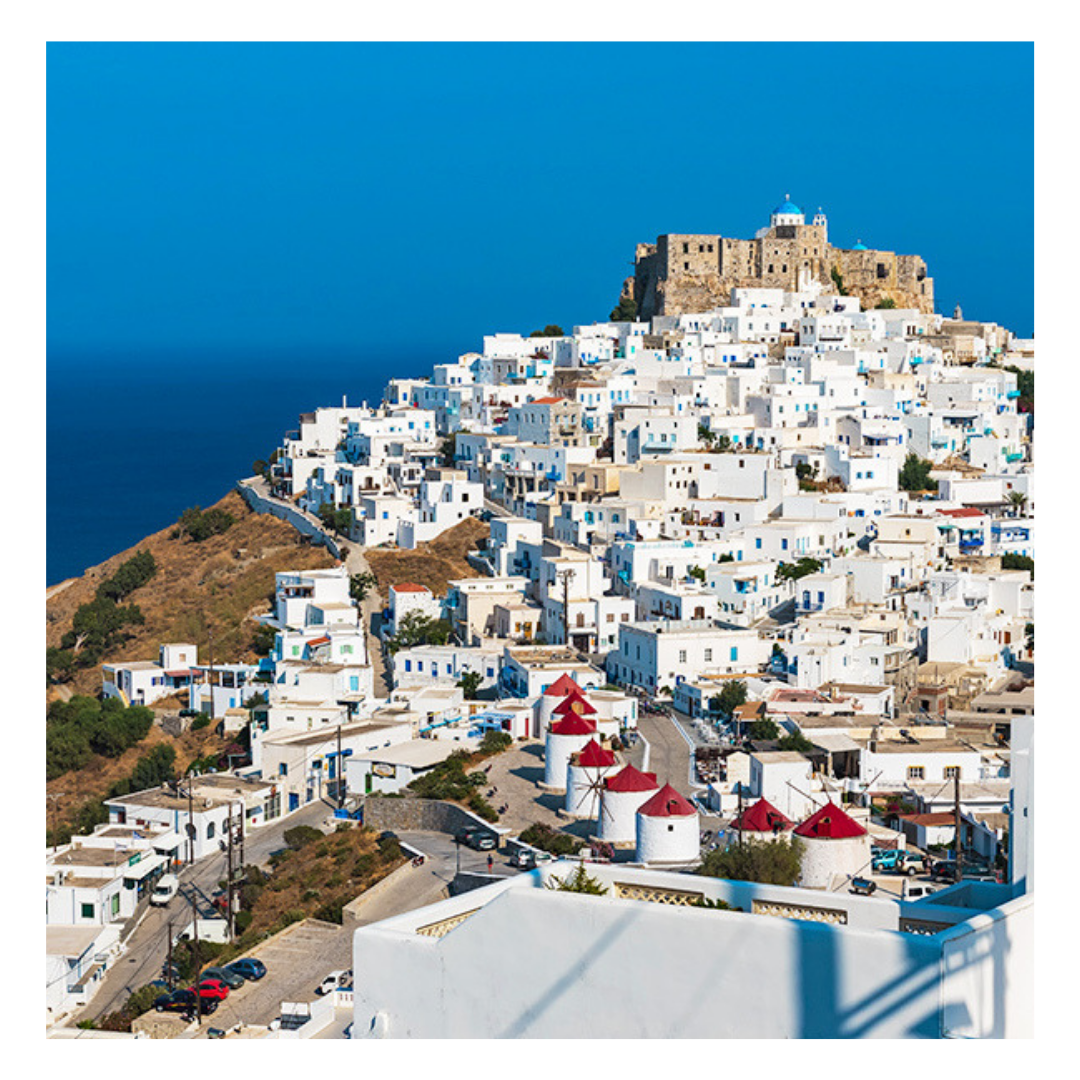 With daily one-hour flights from Athens, visiting Astypalea is like time-travelling back to a gentler, slower, more elemental way of life - sans the Delorean. Ideal for walkers, campers and history buffs, this is the ultimate escape. Think mountainous meadows straight, rugged beaches and vivid blue water. Chance of sighting a mermaid: fair to middling.

READ: 6 Places To Visit In Germany That Aren't Berlin

READ MORE: 6 Places To Visit In Spain That Aren't Barcelona Or Madrid