Why We Should All Join A Women's Circle

The latest wellbeing trend on the rise is that of women's circles. 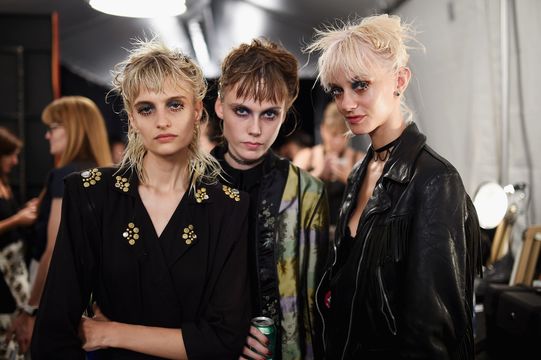 The latest wellbeing trend on the rise includes multiple women.

Sometimes referred to as red tents, or moon lodges, women's circles are inclusive spaces open to all ages, in which women gather during a new moon or full moon.

Historically, lunar cycles and female cycles have been intrinsically linked, meaning that the moon has been seen as harnessing a lot of power for women.

This is why, traditionally, a full moon was seen as prime time for women to gather and grow awareness of their cycles. To this day, circles are a “supportive environment” in which women can be heard, held and seen without judgment.

Put simply, a women’s circle is a meeting of women who come together with the intention to connect, share and tap into a deeper part of themselves in a “safe space” atmosphere.

The location and activities can vary, but they usually do involve a circle (at least at some stage) in order to facilitate group discussion.

In addition to communing over food and (non-alcoholic) drinks, women's circles often involve calming rituals, like the burning of cleansing herbs, meditation, intention-setting, or sitting with an altar of meaningful objects.

Aside from being all-female, the format isn't set in stone, but both music and singing are common.

Attending a women's circle gives participants the opportunity to meet women from all walks of life and share their experiences during a womanly time of the month. Rather than carrying on as normal during their menstrual cycle – or attempting to ignore it altogether – women are encouraged to rest and honour a time of natural change in the body.

So, how to find one?

The Red Tent Directory lists women's circles around the world, including several in Ireland.

However, many women choose to host their own private circles, inviting friends and family into their home during the new moon. Private sessions can be held in the comfort of your own home for those not so keen to get out of their comfort zone.

READ MORE: Päntsdrunk: The Newest Scandi Wellness Trend We Can Totally Get On Board With