Millie Mackintosh on Breaking the Internet, Made in Chelsea and Making Her Name 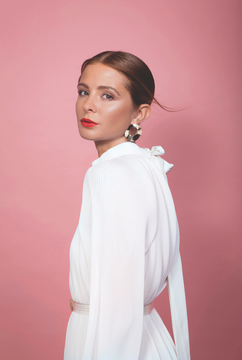 Millie Mackintosh was once a fixture on Made in Chelsea, a show transcribing the lives of a set of Sloane youths. Now, she’s transformed herself from heiress slash reality star to mogul in the making. And she’s still dealing in high figures: just ask her 1.3 million Instagram followers.

A trust fund child slash reality TV star turned fashion designer doesn’t sound all that unusual in the age of the millennial. In today’s world, we no longer bat an eyelid as celebrity clothing ranges sit amongst storied design houses in the world’s most high-end stores (just ask Khloé Kardashian, whose Good American denim line is new to Brown Thomas this season). Thanks to the internet, the world of fashion has never been more democratised.

Cue Millie Mackintosh: the 28-year-old who rose to fame on E4’s Made in Chelsea, and has since rocketed to internet sensation, fashion designer and lifestyle pin-up. Add bona fide social media star to the résumé too. Or, perhaps it’s apt to say, she’s a one woman machine whose life is as super-enviable (and marketable) as it gets. 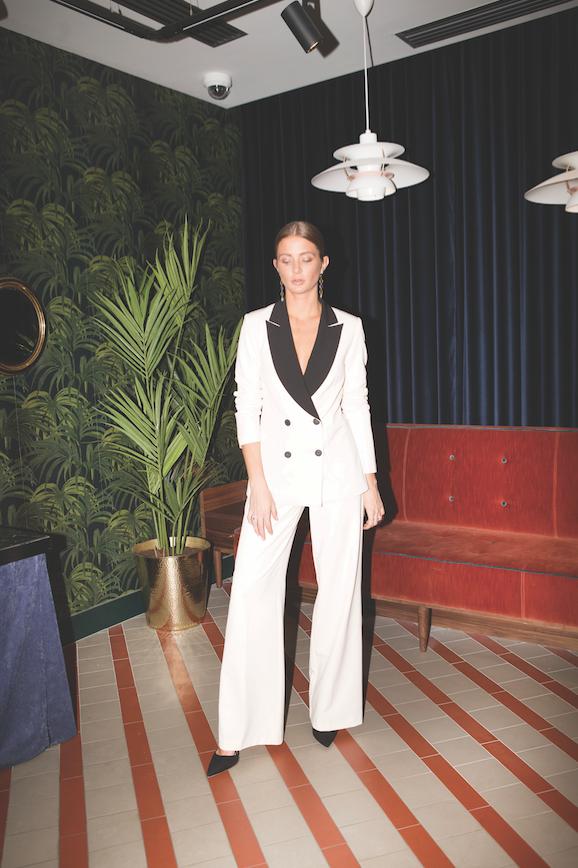 Our reason for meeting is for Millie to promote her eponymous clothing range, Millie Mackintosh – now in its second season in Arnotts – the DNA of which is an embodiment of “rebellious British femininity”. If some are surprised by her pivot from party girl to fashion fixture, she remains nonplussed. “Of course, there was a preconception as the show only captured and showed a part of my character and who I am as a person. I knew that when I embarked on this adventure that there would be an essence of ‘proving myself’ to the industry and more importantly, the public.”

Air-kissing, late-night bitching and Champagne-swilling: sounds like the perfect foundation for career in fashion. And, unlike most people, the MIC gang so happened to have their misspent youth documented by a camera crew. But, if there’s anything we love it’s a good old Renaissance woman reinvention: just ask Victoria Beckham. When asked if she felt a pressure to distance herself from her old persona she chooses her words carefully. “I think it’s a natural instinct for anyone to try and cut off, or distance themselves when they are moving on to new projects. It certainly was something that I thought I needed to do. But then I realised that actually the show is a part of my journey and it would be dismissive and disrespectful if I were to try and erase it.” 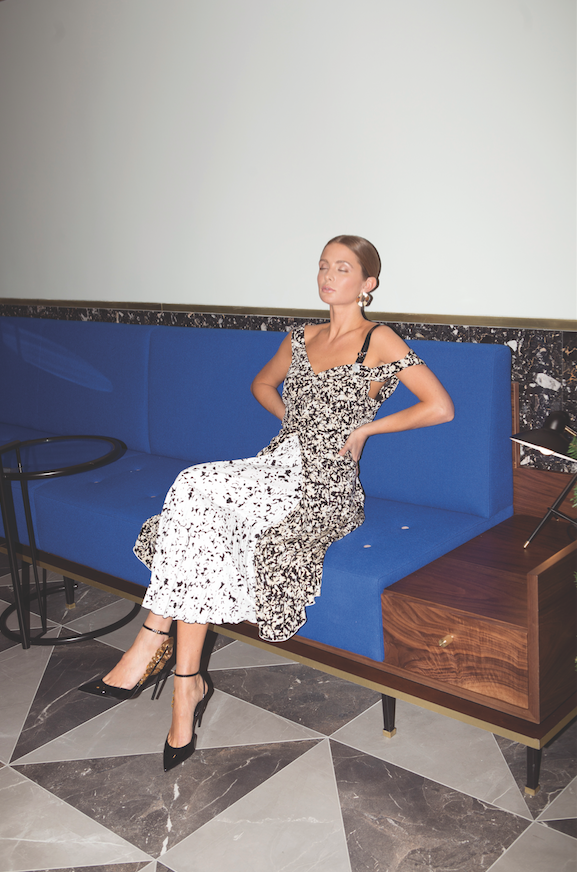 However, she notes that her style today has evolved to include “less skin” and is “more considered”. The once-distinctive body-con and false tan have been traded up for a healthy glow and offbeat midi-lengths; there’s an elegance that exudes confidence too. The glamorous image shells a shy personality.

In the flesh, she’s naturally beautiful. And has the kind of princess hair that will forever be an enigma to most (including myself). On set, she’s shy. Disarmingly so for someone whose raison d’etre is to share her life with others. Sweet, even. But not saccharine. Of course, it would be here in the article that you would quip that sugar must be in her blood, given her heritage. [Mackintosh’s great-great grandmother created the recipe that went on to be marketed by her sons as Quality Street, Toffee Crisp and Caramac.] You get the impression that she’s aware of her image and yet is quick to set people straight on any misconceptions that she’s absolutely rolling in it, apparently once retorting, “My family invented Quality Street, but it’s not as if I get a cut every time someone has a toffee.” 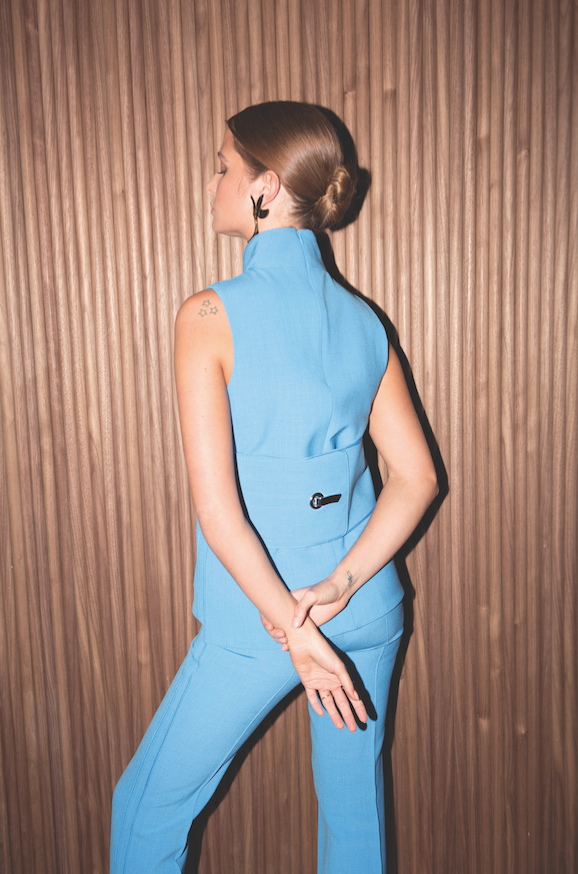 But, back to the fashion: how hands on does she get with the range? Very. “From the concept stage, to fabric selection, sampling all the way through to production, price meetings and beyond. Once the samples are in that’s when things get really crazy. Then there’s lookbook shoots, ecommerce, sales in Paris and, before you know it, your product is in store and you’re on to creating the next season. It’s a continual creative process.” Her answers are considered and thoughtful. When we speak about labels she likes, she is sure to name-check those with Irish connections – Rixo London and Edun are two such favourites.

Only one topic is declared off the table – that of her personal life. Which is not exclusive to her first husband, the rapper Professor Green whom she was married to for three years, and her new fiancé Hugo Taylor (also of MIC fame). Talk of her upcoming nuptials is politely skirted around as the rights have already been snapped up. Most notable, for someone who shares her life with her followers on Instagram, there was no post announcing that he put a ring on it this time around. This recently culminated with her ex – real name Stephen Manderson – stating that, “If I were ever to ask anyone to marry me again, I probably wouldn’t be as crass as to post it on Instagram.” Yeow-ch. That has to hurt. Mackintosh must be no stranger to drama, though. A Google search of recent news sees a multitude of ‘Is she/Isn’t she’ pregnancy reports, with one website leading with an affirmative yes, only to reveal a few paragraphs in that the supposed ‘pregnancy test’ she’s flashing in a selfie is in fact a tooth whitening kit. (True story.) 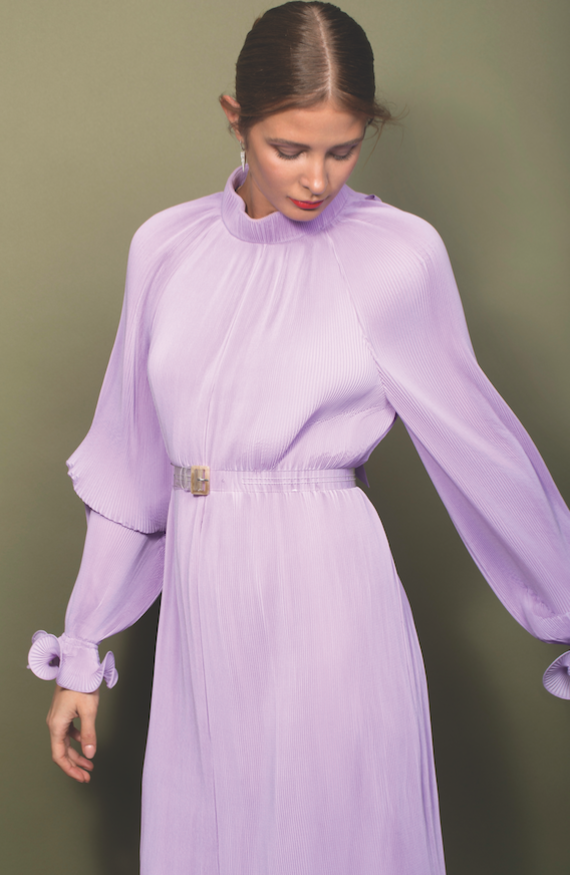 In spite of the media circus, when it comes to regrets, she has very few. “I have a lot to thank the show for. I’ve made great friends, had so much fun when I was filming and the show opened up the door to a lot of opportunities when I left. It will always be filled with heartfelt memories for me – even the more heated moments, I look back on with fondness. It’s a part of growing up, I just happened to be on people’s TVs during that time.”

Is she a feminist? “I would describe myself as a supporter of equality.” When I suggest she has a lot to look forward to in the next ten years her observation is typically low-key but unmistakably shrewd. “Who knows – I’ve learnt that you can have a vague idea of where you would like to end up but you also need to be malleable to change. Wherever I am, I’m sure I will have a house full of pugs!” It’s clear that Millie lives a good life. It’s also apparent that she works hard for it and she doesn’t bear the sense of self-entitlement that others in her position might. A true product of the times, in quintessential millennial style she’s proof that a good hustle (and a top-notch selfie) go a long way. If only we could all look that bodacious in the process. Cue the princess hair emoji.

Editor's Note: Since this article was originally published, for the March 2018 edition of Irish Tatler, Mackintosh has since announced the closure of her eponymous label, Millie Mackintosh. 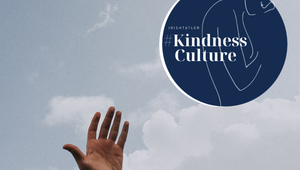 What To Do When You Need To Talk...

If, for whatever reason, you can't go to therapy, you still deserve...

What To Do When You Need To Talk...

If, for whatever reason, you can't go to therapy, you still deserve...