The Netflix generation is listening, causing the revitalised sector of second-hand shopping to boom. Now, creative Irish designers have taken the reins. 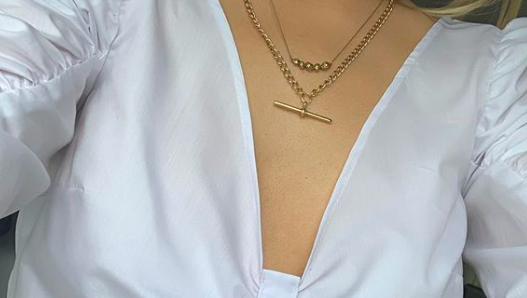 Sustainable fashion is having a moment.

Once considered a bonus on a fashion house’s list of credentials, rather than a necessity, sustainability principles have risen to the forefront of importance as transparency regarding a number of fast fashion lines has become clear.

This much-needed shift has happened by way of a myriad of stalwart sustainability champions – Marie Kondo, to name but one – with many of them hailing from our own Emerald Isle.

One such champion is womenswear designer Laura Egan – owner of Instagram-page-of-the-moment Minti Dublin – whose own past in the industry caused her to take a second look at her process as a creative.

Speaking on The Ryan Tubridy Show, Egan detailed how her process has changed following years of fashion week's past.

"It's not glamorous, the hours are insanely long, you're not part of the glamorous side at all," she says.

"I think this is part of the problem, Ryan. This is what people think the fashion industry is. Between Paris and London, I worked in a few brands and I saw first hand the damage the industry was doing.

While it's a given these days that the ultra-fast-fashion world produces more harm than good, it was the enormous amount of textile waste that Egan found most grating.

"I might be in a fitting with a model and I might be putting my design on her, had a pattern cut and made and I would be marking it with a Sharpie and cutting into the hem. That one garment is now in the bin.

The guilt, she says, wholly set in in the years that followed, causing her to make some personal and professional changes.

In 2019, she decided to stop buying new clothes entirely, shopping instead solely in second-hand stores. But it was the COVID-19 outbreak and subsequent pandemic that caused her to rethink her whole business model, which led to the birth of her brand Minti.

Minti was subsequently born to create a one-stop hub for second-hand garments and upcycled clothes, featuring a treasure trove of items ranging from Ganni to Marc Jacobs to Zara to Mango.

Proving particularly popular is her own zero-waste tailoring services, in which clients can send preloved pieces to Egan to be transformed into something entirely new.

"A lot of people wanted this because they have those clothes in the wardrobe that they don't wear or they're thinking, I would wear it if it were a dress", she says.

Most importantly, her own approach allows her to remain creative in the field that she remains passionate, while also considering the bigger picture of the fashion industry as a whole.

"I was lucky enough to take it as a step to reevaluate what I was doing and take it as a chance to make some sort of change," she said.

And, quite rightly, isn't that what we should all be doing? Check out her bespoke tailoring services and secondhand prowess on Minti's Instagram here.