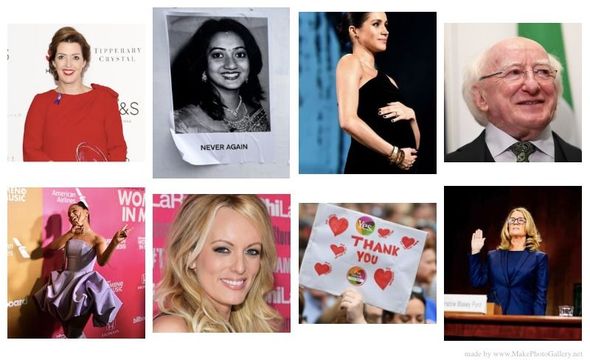 The year of our Lord 2018 is almost over, and it's alright if you're looking forward to seeing the back of it. Mercury retrograded for what seemed like a year straight and delivered us with aeons of bad news, most more terrible than the last.

However, it wasn't all glum.

Rihanna took on a Papal hat, the world was introduced to Jonathan Van Ness and we finally got to see what Trump would look like as a giant floating baby. Oh, and Theresa May danced like no one was watching. (We did too, frankly, on the back of the news that the Spice Girls Sans Posh were back.)

Despair and adoration built the year brick-by-brick like some sort of faux-Lego fantasy. And hey, now we can have a drink on Good Friday – so that's something.

This year began with Taoiseach Leo Varadkar apologising for a record 656 patients being on trolleys or wards waiting for admission to a bed. Thankfully for him, Irish headlines were quickly taken over by Gardaí announcing that they were re-opening the Kerry Babies piece from some 33 years ago – alongside a publication of a lengthy apology to Joanne Hayes, for the stress and pain she was put through as part of the original investigation into the murder of 'Baby John' in Kerry in 1984.

Laverne Cox made history as the first trans woman on the cover of Cosmopolitan, kickstarting the transgender debate for the year ahead.

. @Lavernecox on the cover of the February issue of @Cosmopolitan pic.twitter.com/nUjTeT5vZs

Brexiteer-in-chief Nigel Farage pushed for "Irexit" at a conference in Dublin, claiming there was "a gap in the political market" for a political party in Ireland to support such a thing. Mary Lou McDonald was formally elected as President of Sinn Féin. Queer Eye hit Netflix, introducing us all to the 'French Tuck'. Red Weather Warnings engulfed Ireland as the Beast From The East covered the country in snow and shut life down as we know it.

The Spice Girls mysteriously met up at Geri’s house, leaving everything to the imagination.

A Status Red snow and ice warning was extended to the entire country as An Taoiseach called on people to heed public warning and stay indoors from 4pm sharp. Following a school shooting in Parkland, Florida, hundreds of thousands of protestors took part in a student-led demonstration in support of tighter gun control. Stormy Daniels took worldwide news by storm by revealing intimate details of an alleged affair she engaged in with President Trump back in 2006. Former President Mary McAleese criticised the Catholic Church as "an empire of misogyny". Pope Francis confirmed that he will make the first papal trip to Ireland in nearly 40 years, visiting Dublin for two days in August.

Pubs opened on Good Friday for the first time in 91 years. 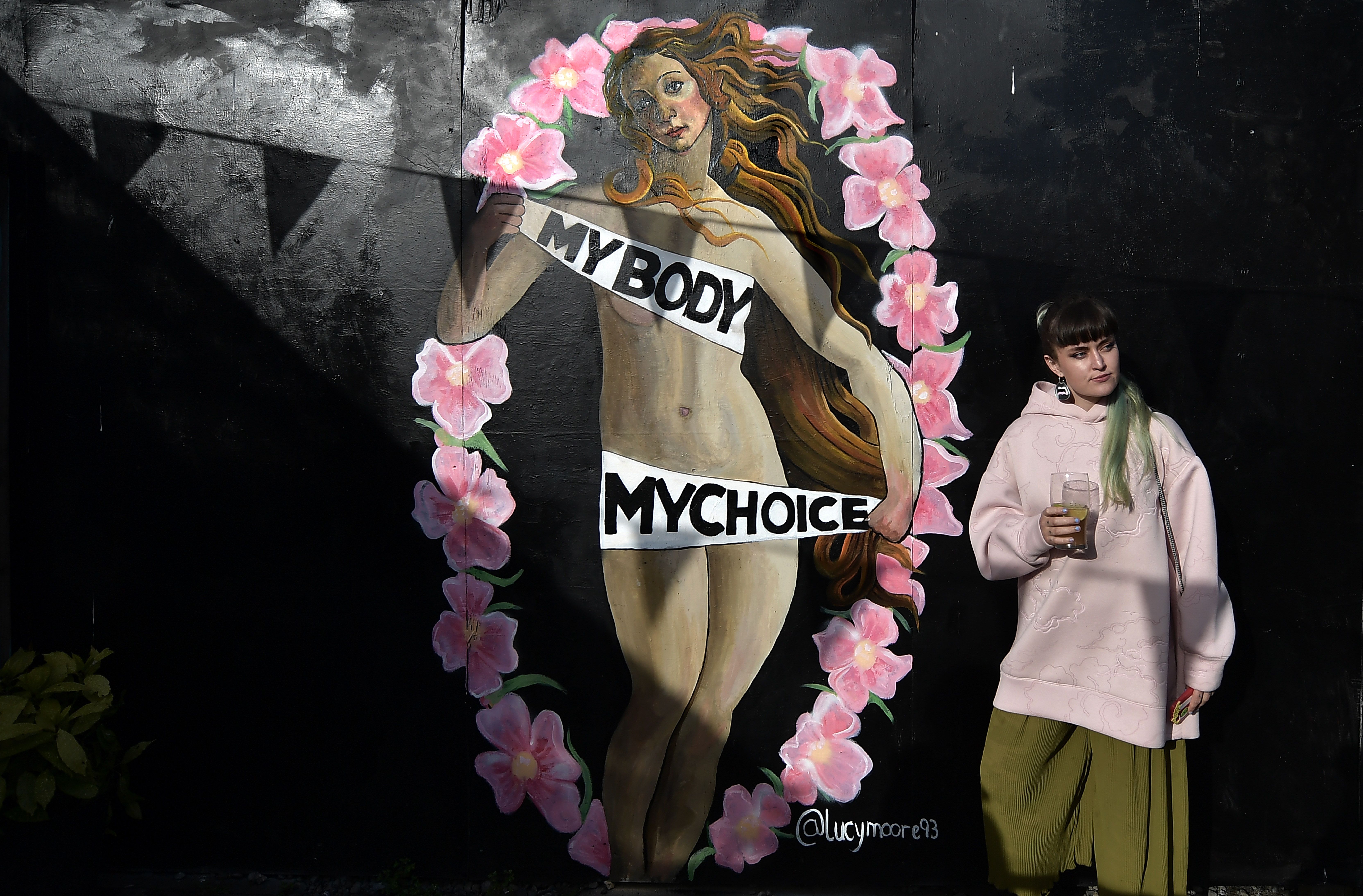 Prince Louis of Cambridge arrived via the shining hallways of the Lindo Wing, becoming the fifth in the line of succession to the British throne. Up to 10,000 people took part in a demonstration in Dublin to demand action over the continuing housing crisis. The Cervical Check atrocity comes to light, thrusting names like Vicky Phelan and the late Emma Mhic Mhathúna into the public eye.

Beyoncé became the first black woman to headline Coachella Music Festival, coining #BeyChella. Her performance on this day the most-watched performance ever on YouTube. Facebook CEO Mark Zuckerberg began testifying before US Congress about data use and security amidst the Cambridge Analytica scandal. Bill Cosby was found guilty of sexual assault in Pennsylvania. 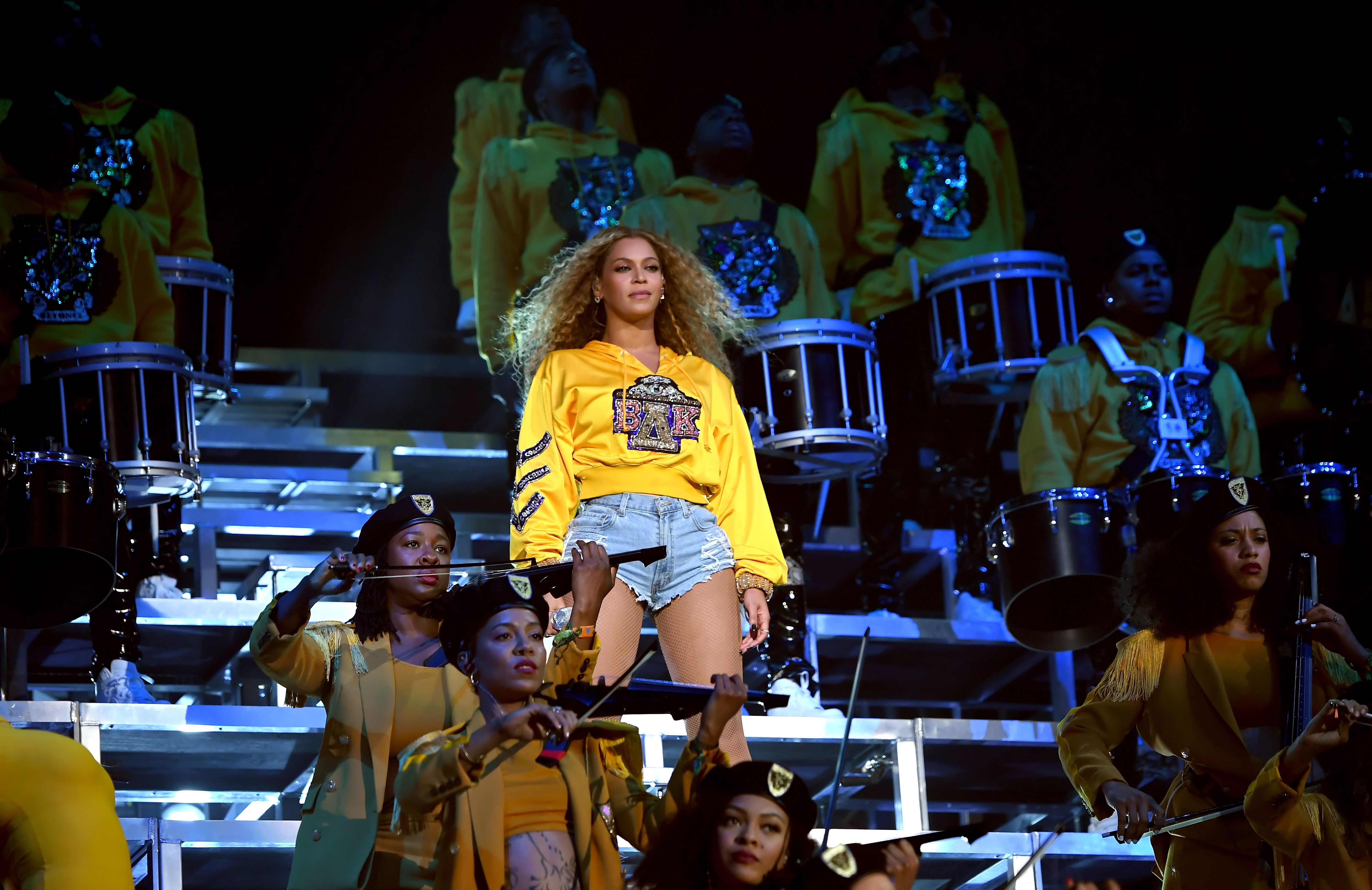 Meghan Markle gave in to wearing pantyhose forever by marrying Prince Harry in a lavish ceremony in Windsor Castle. The bride wore two dresses, both heavenly. Ireland voted to repeal the Eighth Amendment, allowing for medical abortion to be legalised in the Republic. Kanye West was widely criticized for saying "slavery is a choice" in a TMZ interview. GDPR wrecked everyone's heads. 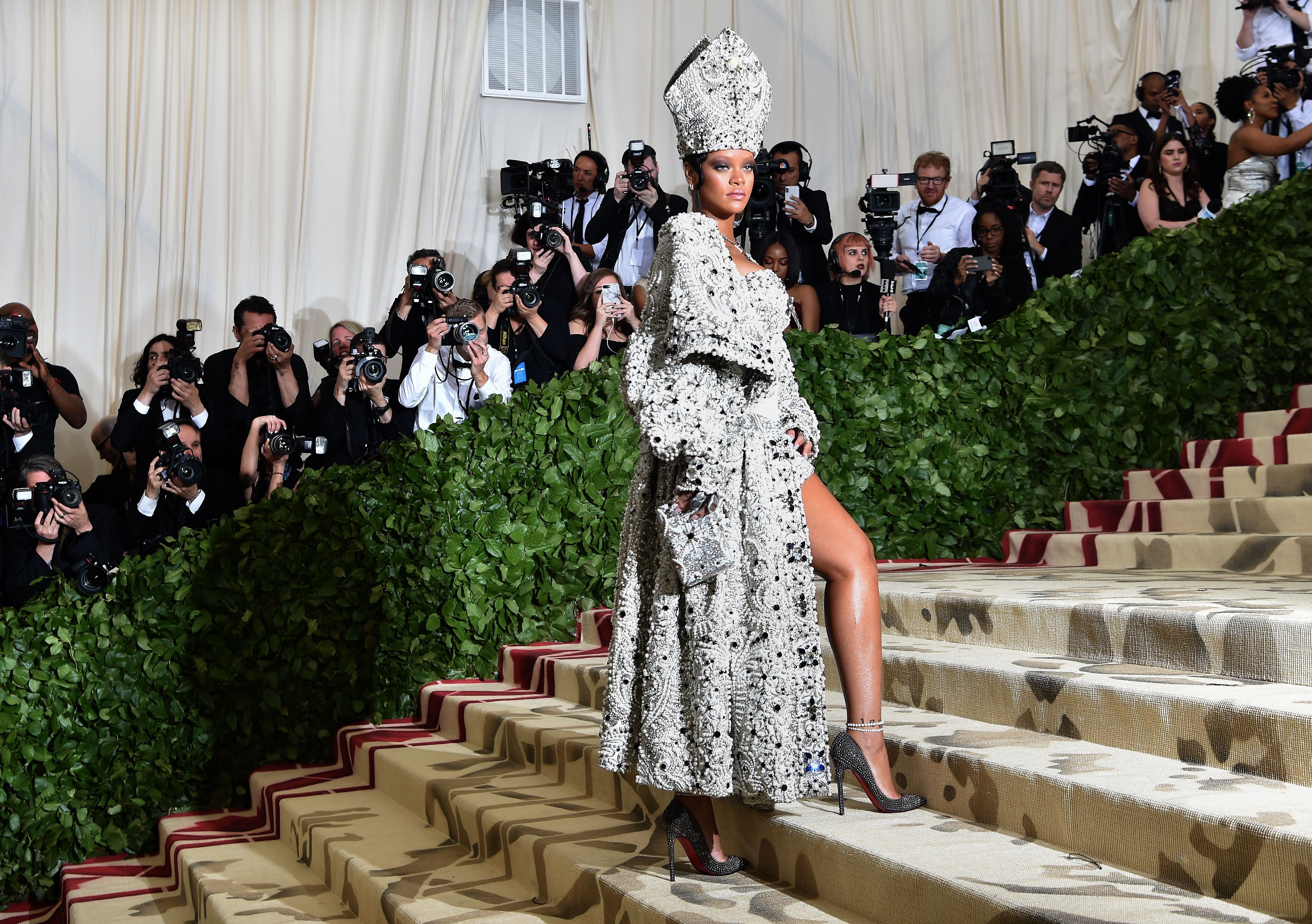 Ariana Grande and Pete Davidson announce their engagement after a few weeks of dating. Fascination with Big Dick Energy (BDE) ensues. Melania Trump confirmed that her eyes were wide shut, as she wore a jacket saying 'I really don't care do you?'. More than 220 survivors of the Magdalene Laundries attended a special reception at Áras an Uachtaráin, hosted by President Higgins. 2,505 women set a new Guinness World Record for the world's largest skinny-dip at a beach in Wicklow.

Harvey Weinstein pleads not guilty to rape and sexual assault charges in court in New York.

A Thai boys soccer team took global news after they became trapped in a cave. All were later saved – some 18 days later – by Thai Navy Seals.

Cheryl and Liam Payne announce they are splitting up after two years, following the birth of their baby, Bear. Trump names Brett Kavanaugh as his Supreme Court nominee. ScarJo withdraws from a transgender film role following heavy criticism of her casting. Trump Baby Blimp becomes a thing. Michael D announces he was keen to give the presidency another go. The Irish public rejoices. 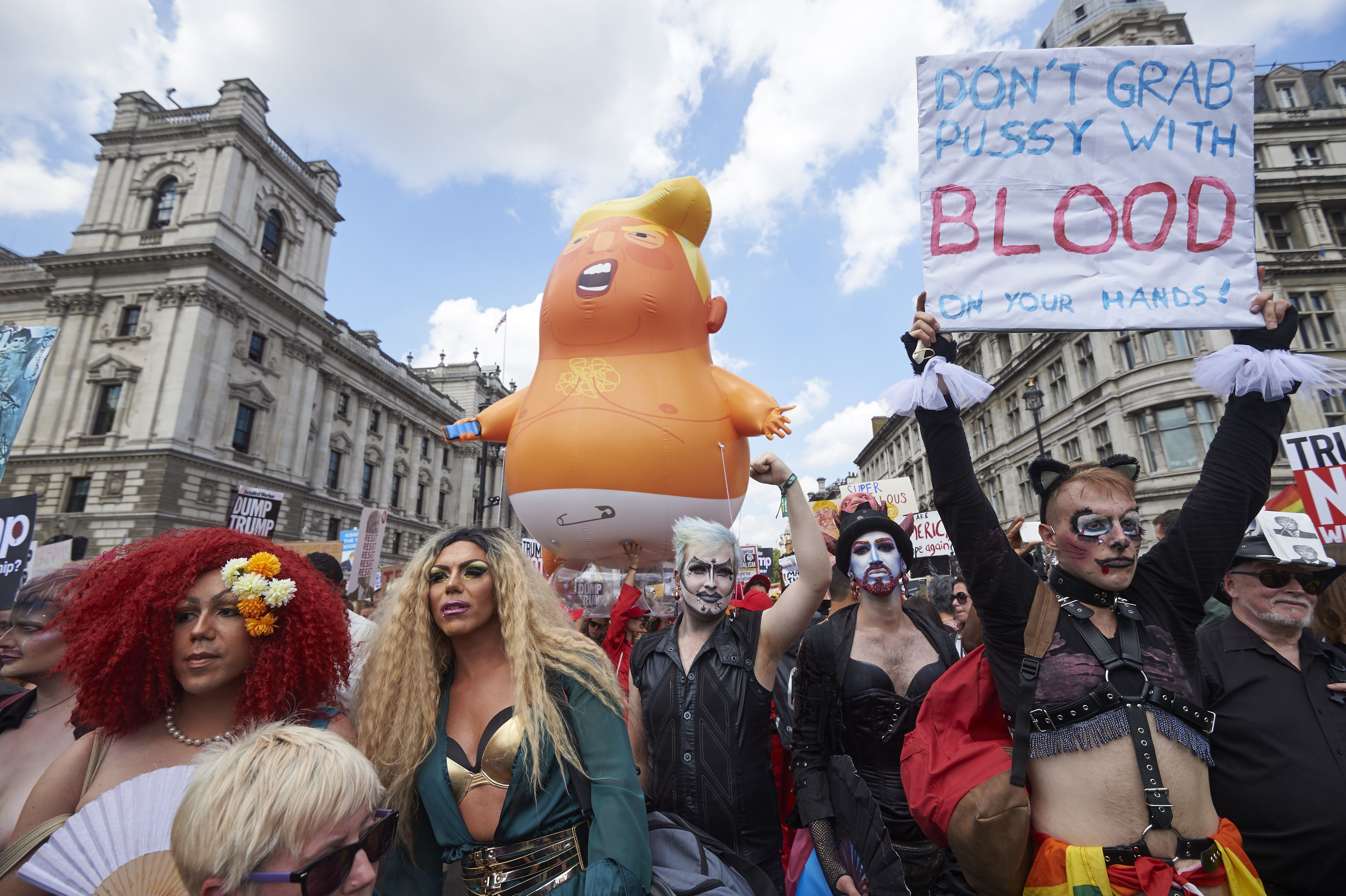 Mark Wahlberg revealed a frankly insane morning routine which involved – but wasn't limited to – rising at 2.30am for workouts, golf and cryo-chamber therapy. Robyn (finally) dropped an album. The Scally Report confirmed there was "a deficit of clear governance and reporting lines" between CervicalCheck, the National Screening Service and HSE management. Dr Christine Blasey Ford testified before the Senate Judiciary Committee about sexual assault allegations. Storm Ali ravished. Cardi B and Nicki Minaj come to blows at a New York Fashion Week event. 18-year-old student Rebecca Carter, who was in danger of losing her university place after the marks on one of her Leaving Certificate papers were incorrectly added up, won her case against the State Examinations Commission in the High Court.

Rihanna is appointed as an ambassador for Barbados. 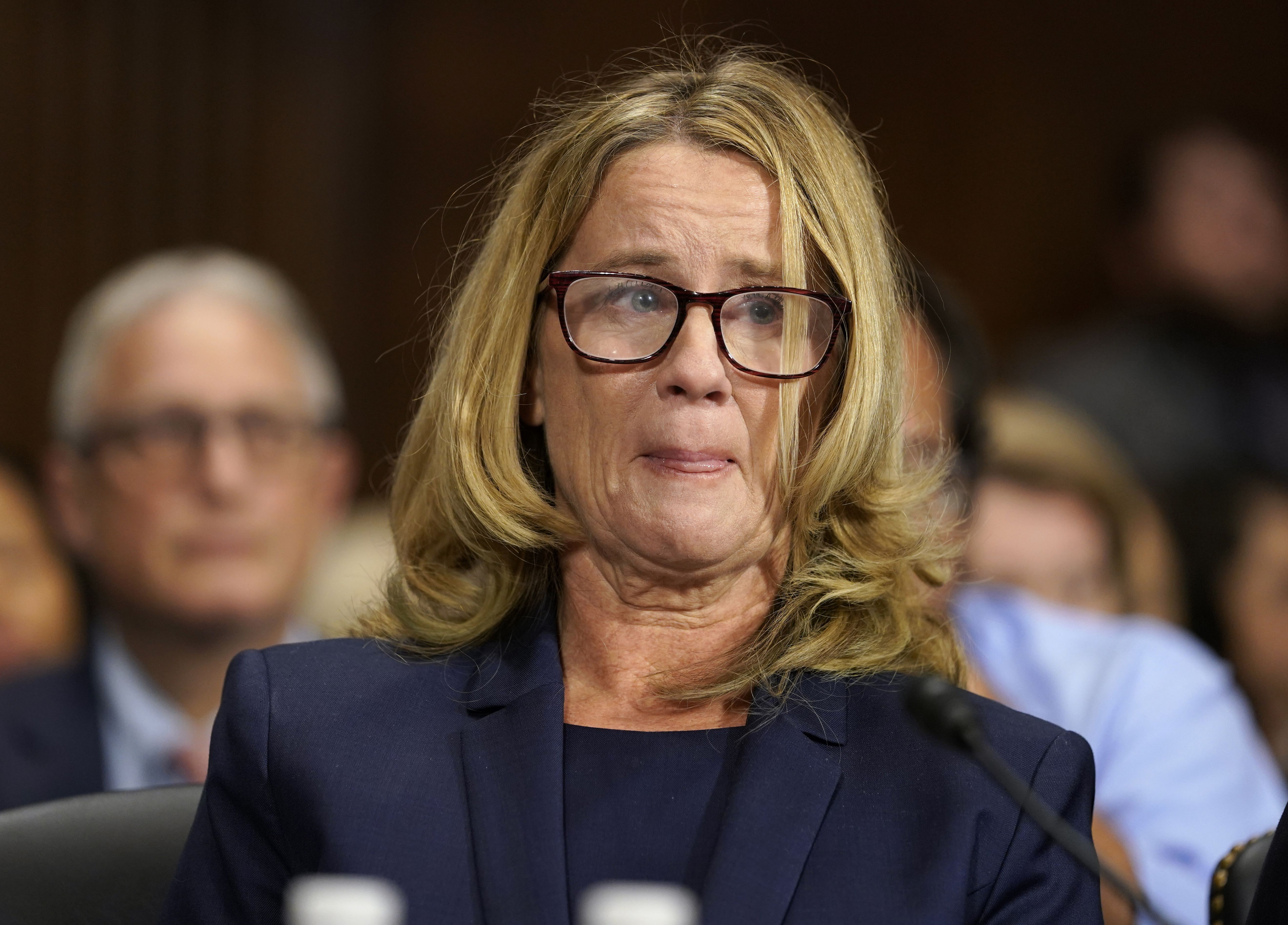 A female Doctor Who took over our screens. Theresa May danced onto the stage at the Tory party conference. Everybody gasped. Pete and Ari broke up, shattering hearts and tarnishing Spotify playlists. Taylor Swift told everyone to vote. The Haunting of Hill House scared us all. It was announced that 259 people died taking selfies since 2011. Pope Francis defrocked two Chilean bishops for alleged sexual abuse of minors. The Man Booker Prize was won by Anna Burns' "Milkman", the first writer from Northern Ireland ever to do so. Michael D returned to the Áras. Peter Casey – who led people to believe that he was anti-traveller, despite denying the use of such rhetoric – received 21% of the vote. Blasphemy was removed from the Constitution. Maurice McCabe retired. 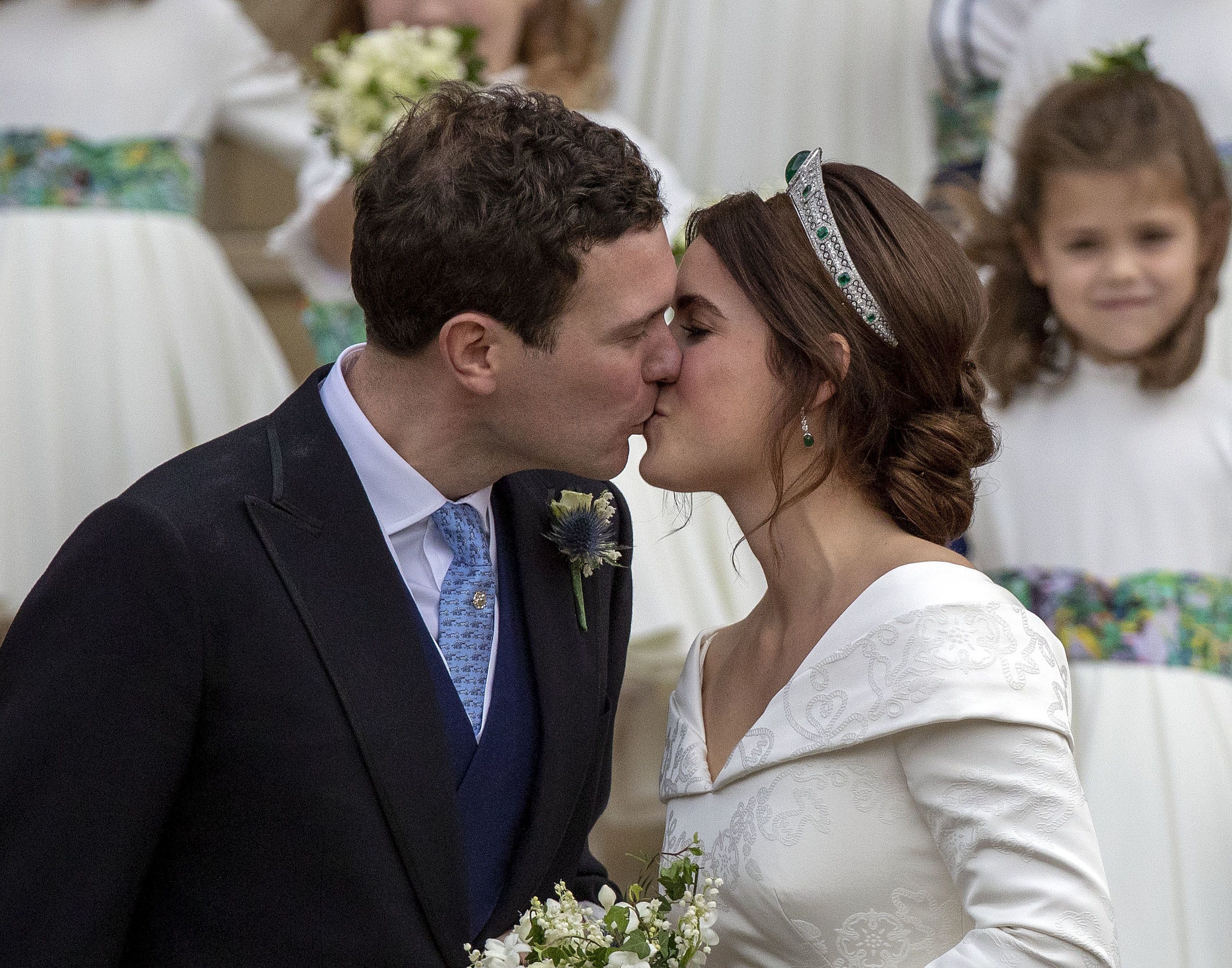 Ezra Miller took his rightful place as King of The Red Carpet. The Thank u, Next video was released and made us think of Razzles, Bruiser and cheerleading again. Kris Jenner was Regina George’s mom. Spice Girls announced they were back, sans Posh. The Minister for Health introduced the Regulation of the Termination of Pregnancy Bill in the Dáil to legalise abortion services in Ireland. Big Brother ran its last episode. Stan Lee passed. The funeral mass of Emma Mhic Mhathúna took place in Dublin. Her funeral cortège later passed by Leinster House, Government Buildings and the Áras. The Late Late went to London. Solidarity TD Ruth Coppinger made global news by holding up a lace thong in the Dáil to highlight a rape trial in which remarks were made about the 17-year-old complainant's underwear. Wildfires ravaged California.

Alexandria Ocasio-Cortez (New York) was the youngest person ever elected to the US House of Representatives at 29 years of age.

"How do you think a rape victim or a woman feels at the incongruous setting of her underwear being shown in the courts?"

Minister Ruth Coppinger showed a thong to the Irish Parliament this week to highlight issues in rape trials. pic.twitter.com/7HtH7M5Af1 #ThisIsNotConsent

Comedian Kevin Hart stepped down as 2019 Oscars host after a series of homophobic tweets in his name is found. Nick Jonas and Priyanka Chopra tie the knot. Paddy Jackson and Stuart Olding lost a court bid to recoup the legal costs of their defence. Ariana and Pete become embroiled in Twitter beef with Ye and Drake, which then allegedly resulted in her not being allowed onto the SNL set to see Davidson. Rumours spread that Ellen Degeneres wants to leave her eponymous show. The body of a baby girl – later named Belle – was found by local volunteers on Balbriggan Beach. Abortion is officially legalised in the Republic of Ireland. 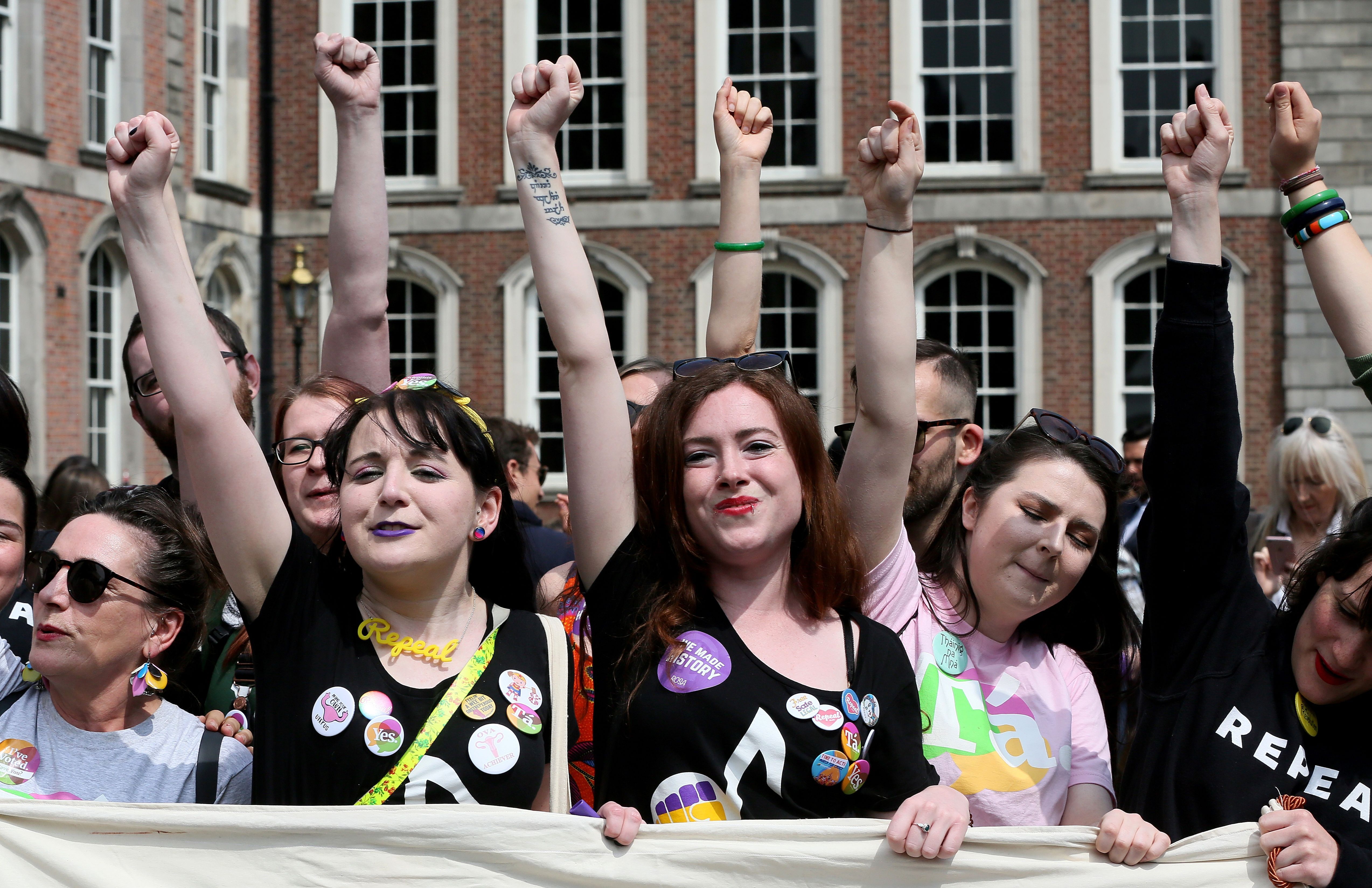 Read More: Abortion Guidelines To Be Outlined By Key Medical Bodies On Monday