A Rare Interview With Meghan Markle About Her Latest Passion Project

"We all have a role to play."
Irish Tatler Staff 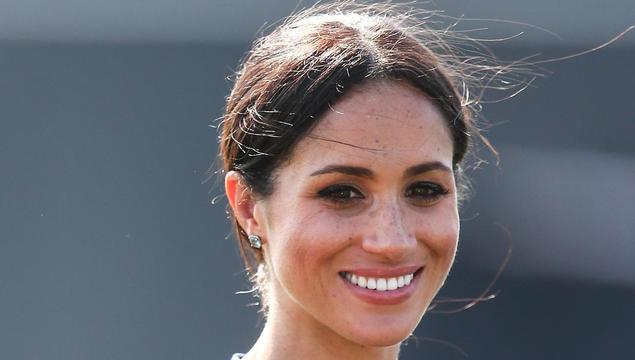 After publicly announcing she and Harry would be cutting ties with four major British tabloids, Meghan Markle made her first interview appearance on Good Morning America Monday morning.

The pre-recorded clip, filmed last summer before the premiere of Disneynature's Elephant documentary on Disney+ that Markle narrated, features an excited Duchess speaking on why she wanted to become involved in the project.

She mentioned that she originally heard about the project back in 2017 when she and Harry took a trip to Botswana, where she met the film's directors Mark Linfield and Vanessa Berlowitz for dinner. She also mentioned that she didn't record the narration until 2019.

READ: Prince Harry And Meghan Markle Tell Four UK Tabloids They're No Longer Dealing With Them

"I'm really grateful to have the opportunity to be a part of bringing the story of elephants to life," she said in the clip.

"I've been very lucky to be able to have hands-on experience with elephants in their natural habitat," Markle continued.

"When you spend time connecting with them and the other wildlife, you really understand we have a role to play in their preservation and their safety."

"These creatures are so majestic and, at the same time, they are so sensitive and so connected," Markle described of her four-legged friends.

"We see in this film just how remarkable they are—their memories are amazing, the close connection of the heard, their protectiveness of their young. I think they're a lot more like us than they are different."

READ: Details On The Disney Film Meghan Markle Is Narrating

The film was in partnership with Elephants Without Borders, an organisation in Botswana that works to reduce human-wildlife conflict in communities.

Markle and Harry have visited Botswana many times, as displayed by the Batswana centre stone on Meghan's now-famous engagement ring.

"I hope that when people see this film, they realize how connected we all are and if we had more of an awareness about the obstacles they're facing," Markle continued. "I think we'd take care of each other, this planet and animals in a very different way."