This weekend, Ní Shúilleabháin spoke publicly about her experience – something she says is vital when it comes to incidents of harassment.
by Kate Demolder 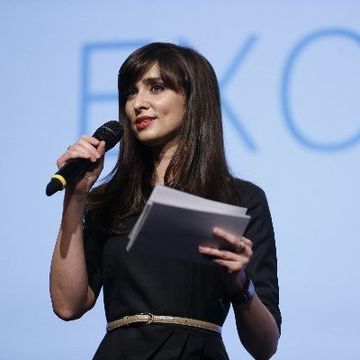 UCD President Professor Andrew Deeks has apologised to Aoibhinn Ní Shúilleabháin following the publication of a report which detailed her two-year harassment ordeal at the university.

The report, first published by the Irish Times, detailed repeated incidents of harassment – by way of persistent phone calls and date propositions – which ultimately ended in a court case in late 2019.

The man was finally charged with harassment under section 10 of the Non-Fatal Offences Against the Person Act, 1997.

Responding to this, Professor Deeks said the college is implementing a range of new and revised measures to address harassment in the workplace.

"I am greatly saddened that one of our colleagues experienced such traumatic events over an extended period, and I apologise to Aoibhinn on behalf of UCD," he wrote in a statement. "I also apologise to other colleagues and students who have suffered such experiences while in our care."

He followed this by saying that the college will henceforth adopt a zero-tolerance approach when it comes to harassment, covering both students and staff. He also claims that they will encourage those experiencing such behaviour to come forward so they can be supported.

"Bullying, harassment, sexual harassment or sexual misconduct have no place in UCD, and we are already working to strengthen our current policies with a number of measures.

READ: What To Do If You're Harassed At Work — And HR Isn't Helping

"Other measures include a new concept of disclosure with respect to sexual harassment and sexual misconduct and clarifying the relationship between informal and formal internal complaints and complaints to the Garda Síochána," he said.

Responding on Twitter, Dr Ní Shúilleabháin wrote that she is "very surprised to be reading about an apology from UCD President Andrew Deeks, since I haven’t received one or any communication from him on this matter."

A few hours later, she tweeted an update, stating: “For the record, I have since received a written apology and will be speaking with President Deeks during the week.”

On Saturday, Minister for Higher Education Simon Harris, commended Ní Shúilleabháin for speaking out about her “horrific” experience of sexual harassment as he promised a zero-tolerance approach to tackle the issue at third level.

“She shouldn’t have had to endure what she endured. And we need to make sure it never happens again,” Harris said in a video posted on Twitter.

“So let me be clear. If there are any old dinosaurs out there in the system, your day is gone. Third Level, the higher education sector, the further education sector is to be an environment of respect, inclusion, tolerance and safety.”

Harris subsequently said he has written to the president of every university and higher education institution in the country asking them to produce an action plan on tackling sexual violence and harassment.