Avoid Avocados, Opt For 'Blonde' Foods And Up The Veggie Intake – FSAI Suggests

Millennials best find something else to eat...
Kate Demolder 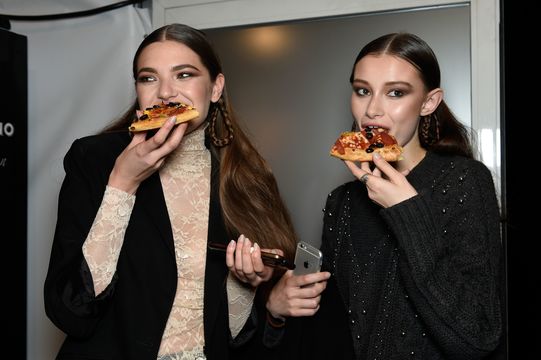 The report also strongly supports the act of breastfeeding.

A new set of healthy eating guidelines, suggesting that we 'bake, steam, boil or stew food instead of frying or deep frying' has been published, in an attempt to curb Ireland's growing obesity endemic.

The report, published by the Food Safety Authority of Ireland (FSAI) suggests that, when cooking, we opt for 'a blonde or light gold colour when cooking, not brown.'

This is due to the health risk of acrylamide, a chemical formed when starchy foods are subjected to a high temperature.

It highlights the importance of the food pyramid, and how food belonging to the top tier should not be consumed more than twice a week. 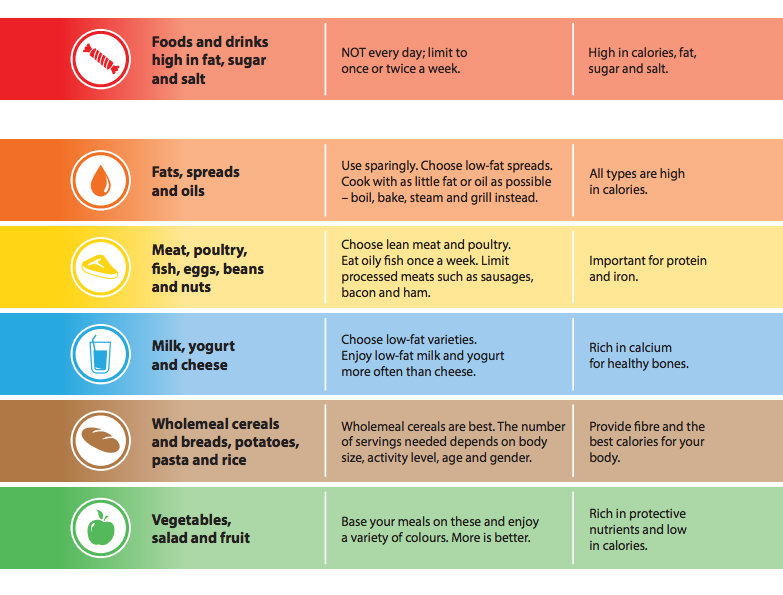 With regards to alcohol, the FSAI is encouraging us to consider adding a second mixer to when purchasing cocktails, and that low-fat milk and spreads should be a staple in every fridge.

The report also encourages breastfeeding 'because it gives babies the very best start in life and helps protect women’s health' and advises people to avoid juicing fruit, as it rids the food of its fibre – meaning we don't get full and continue to eat when we don't need to.

On the topic of portion size, the FSAI suggests the use of a 200ml disposable cup to guide portion sizes of cereals, cooked rice and pasta.

They also created an infographic, outlining the best way to read a product's label and gauge nutrition. 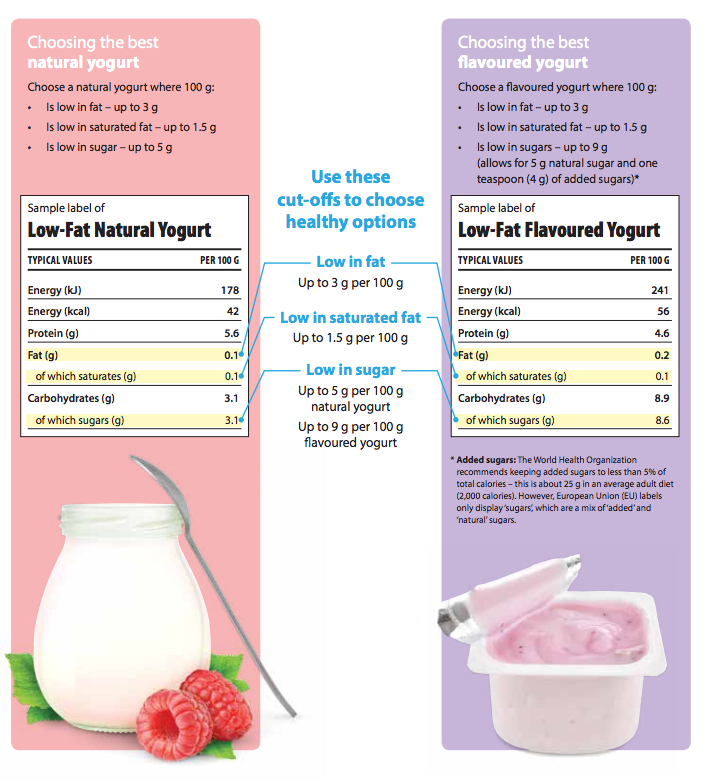 When it comes to oils and fats, the FSAI stresses the importance of tropical oils such as palm and coconut oil, and suggest opting for an extra-virgin olive oil or low-fat spray instead.

They also published the calorie intake of a number of popular sugary foods. 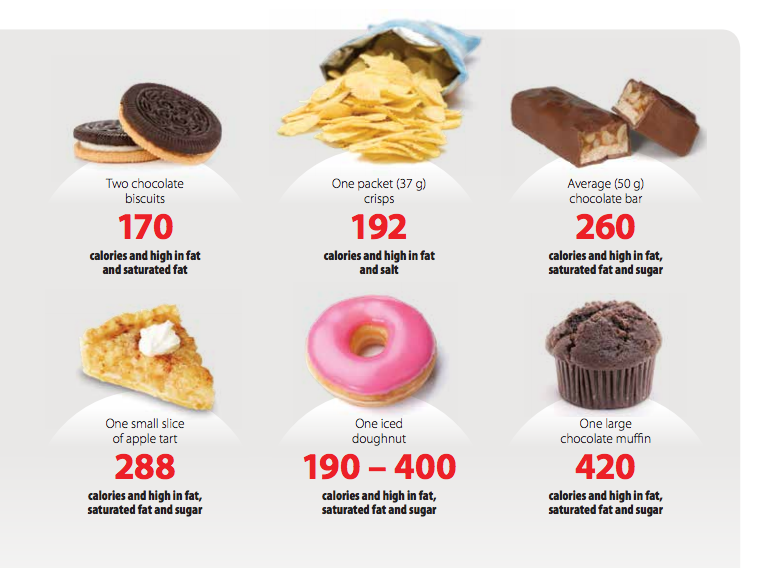 The FSAI guidelines come in the wake of the rise of veganism and the recent 'Lancet' study which said we need to cut down on meat consumption to save the planet.

The EAT-Lancet Commission is a three-year collaboration between 37 scientific experts from 16 countries. It found that the biggest diets of the past 50 years have been a major contributing factor to climate change and people’s health.

Meat and dairy consumption are of particular concern, with recommended guidelines meaning Ireland may need to cut back its meat consumption by 90%. In other words, we should be consuming just 14 grams daily – the equivalent of half a rasher of bacon a day.

Daily poultry consumption would be confined to 29g (the equivalent to one and a half chicken nuggets) and fish to 28g (a quarter of a medium-sized fillet).

The FSAI guidelines pointed out that "vegetarian eating one or two days a week is good for everyone". Vegetarian alternatives can include peas, beans and lentils.

And although fashionable, consumption of avocados should be limited due to their high fat content.

They also said that eating up to seven egg yolks a week and any amount of egg whites will not raise cholesterol in healthy adults.

READ MORE: McDonald's in Sweden Is Launching Its First Ever Vegan Happy Meal

READ MORE: Vitamins And Food Supplements To Rise Considerably In Price In Ireland