Who Have Meghan and Harry Chosen As Godparents To Baby Archie?

Putting my detective skills to work... 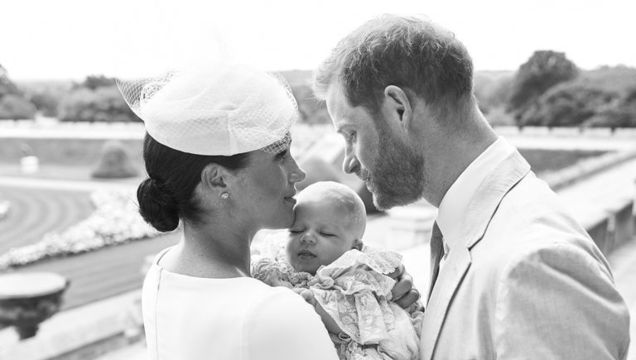 Archie was christened during a private ceremony at Windsor Castle

After keeping the details of the event largely secret, the world has waited in anticipation to see a second sighting of the young royal whose Christening was held at the private chapel in Windsor Castle on July 6. Let's just say, they don't disappoint.

Attended by only 25 guests, the Duke and Duchess of Sussex have released two photos from the day. One shows the entire family, including Archie's grandparents on both sides, along with the Duke and Duchess of Cambridge and Princess Diana's sisters Lady Jane Fellowes and Lady Sarah McCorquodale. The other is a more intimate snapshot of the couple and Archie together in the Rose Garden at Windsor Castle. 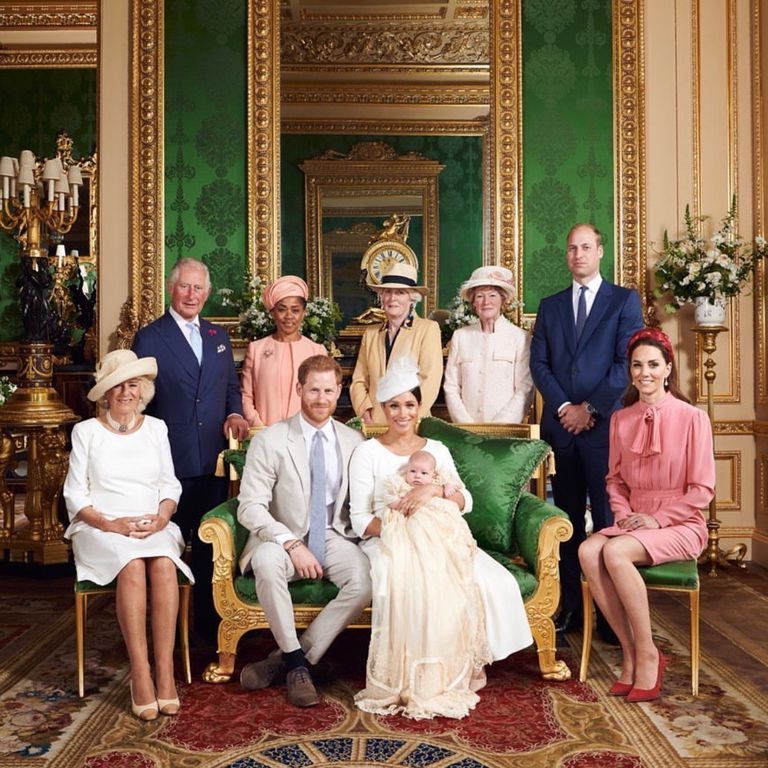 Once you've finished obsessing over the simplicity of Meghan's white Dior gown and have found where you can get Kate Middleton's statement headband, then you might notice that there are two key people missing from the portrait: the godparents.

So first things first—we know that one, baby Archie will have godparents and two, the godparents were at the ceremony yesterday, as Meghan and Harry's Instagram account shared, "Their Royal Highnesses feel fortunate to have enjoyed this day with family and the godparents of Archie." So who was at the ceremony that could be considered a potential godparent? Let's investigate. 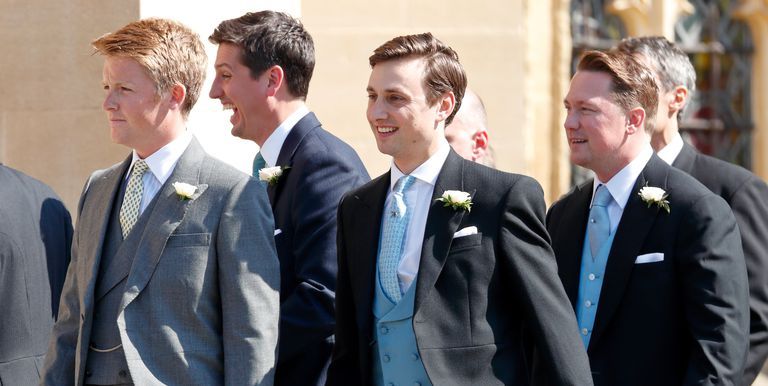 While Harry and Meghan won't be sharing the names of their godparents publicly, The Sunday Times has reported that Charlie van Straubenzee has been chosen as Archie's godfather.

As for the godmother, your guess is as good as ours. The Duke and Duchess have a very close-knit and private social circle, many of whom were seen supporting the royal couple at their wedding last year, and at Meghan's baby shower earlier this year. However, only 25 guests attended the royal christening so let's take a look at the potential candidates below. 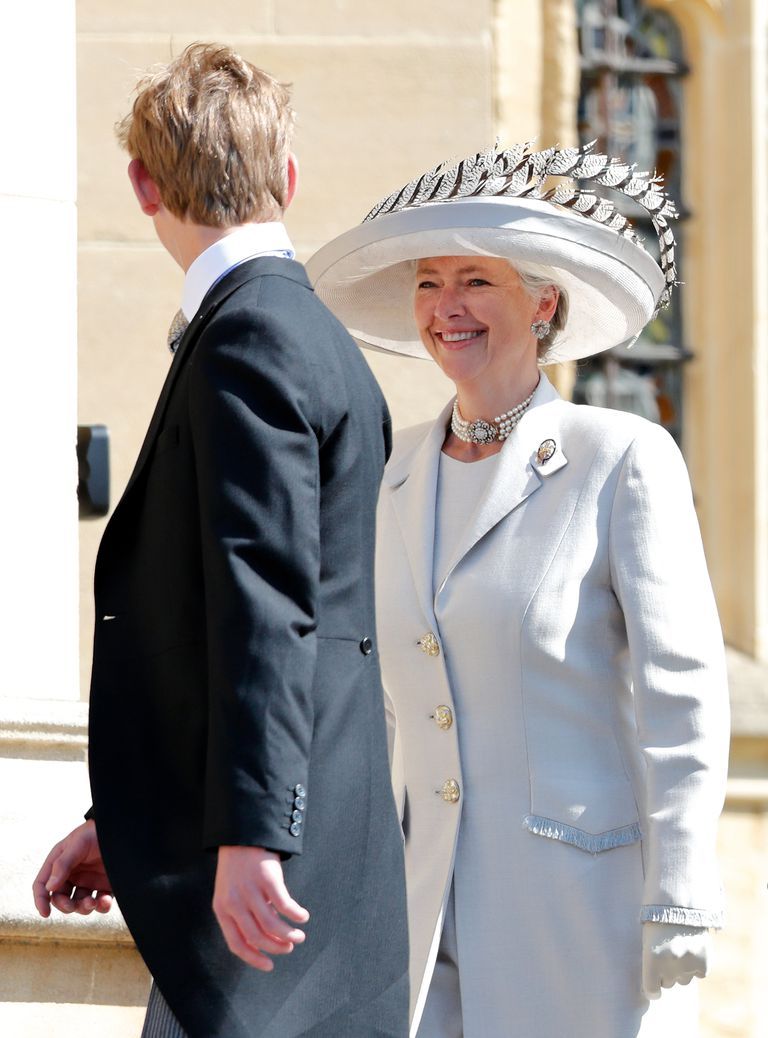 Spotted among the small group of guests was Harry's former nanny Tiggy Legge Bourke. A close family friend who also attended the royal wedding last year, she could also be one of Archie's godparents. 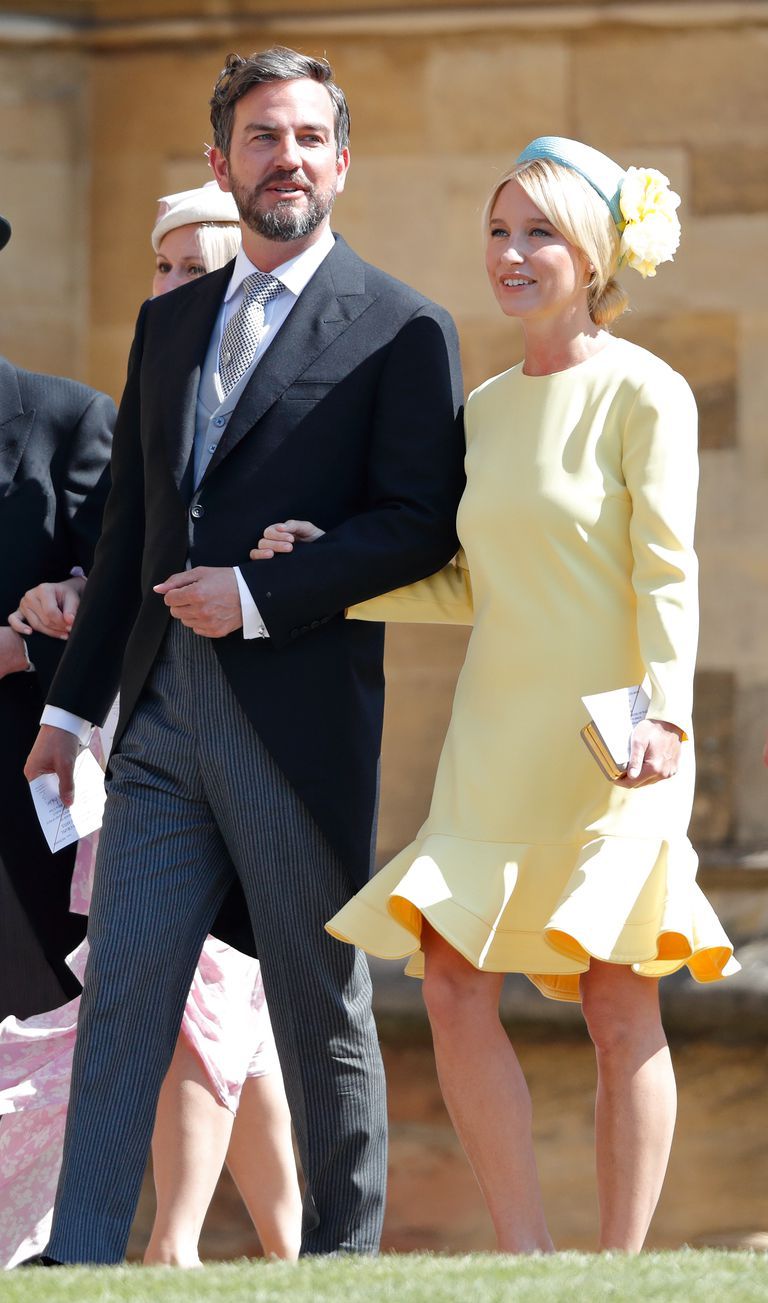 Sources "close to the couple" also think that Izzy May, a former publicist for Soho House is one of Archie's godparents. You may recall that Harry and Meghan took a secret trip to Amsterdam last year to celebrate the opening of one of Soho House's new locations—and even missed a friends wedding for it—so her ties with the members-only club obviously run deep. 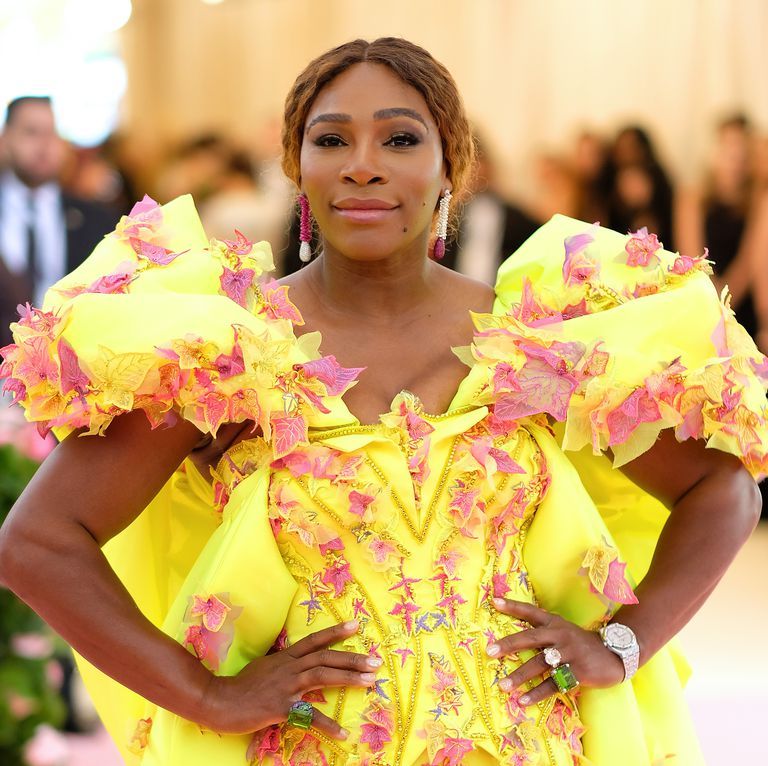 Tennis champion Williams has been a close friend and confidante to Meghan in recent years, attending her royal wedding and hosting her lavish baby shower in New York back February. The sports star is constantly sharing messages of support to Meghan, and next year, the pair will celebrate almost a decade of friendship. However, after a recent match at Wimbledon, Serena did some press and was immediately asked about her friendship with the Duchess and baby Archie's christening. A reporter first asked if Serena knew that Meghan had been at the game, and she replied, "Yes I knew she was there, and it's always exciting when she comes out to watch and support tennis, so I was happy." Then another reporter asked if a) Serena was going to be one of Archie's godparents and b) if she was going to be at the christening, and while Serena totally avoided the first half of the question (noted!), she did say that she can't make it to the ceremony—“No, I’m working on Saturday, but [Meghan] understands work" which rules her out. 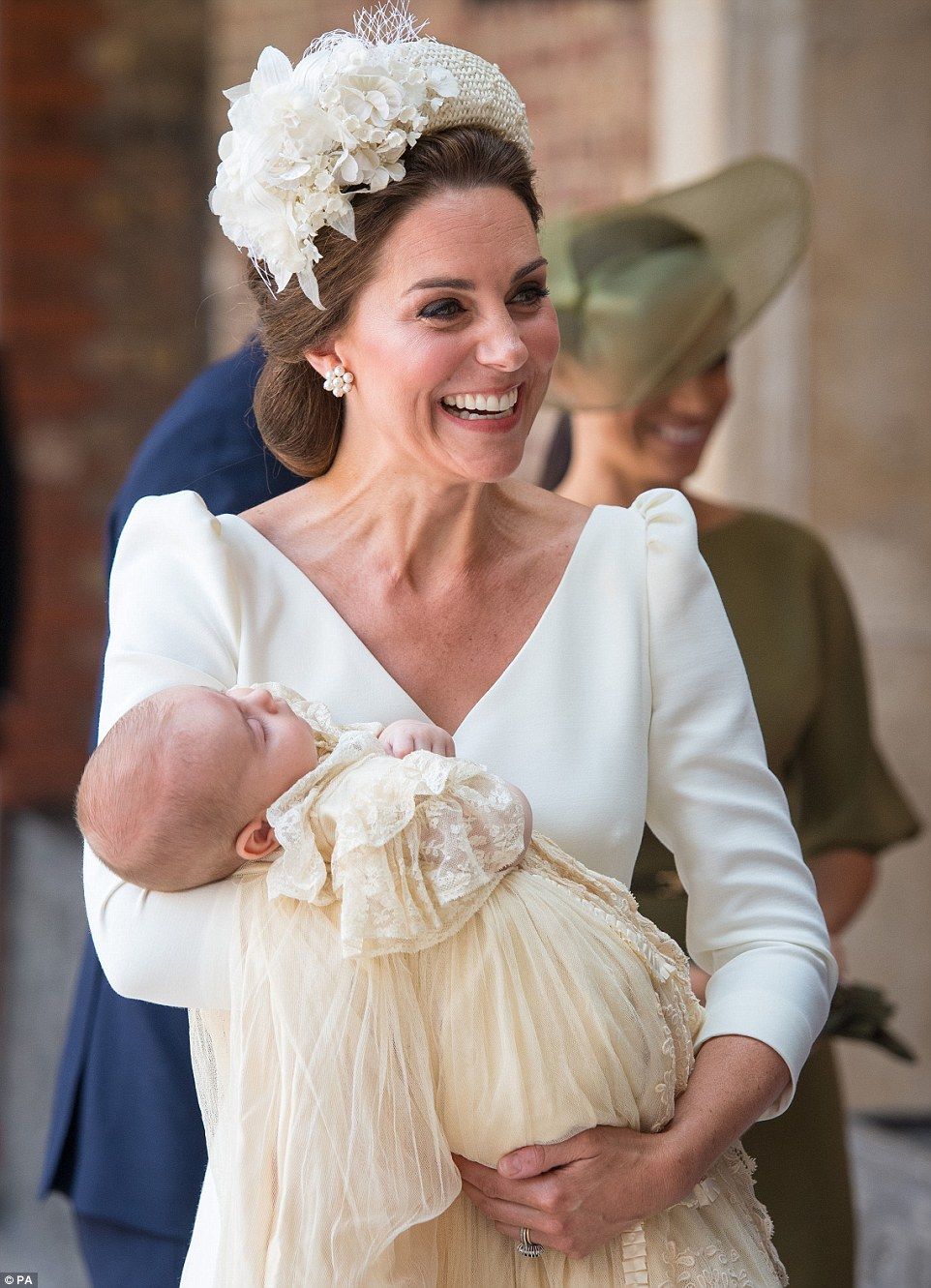 While most families chose their siblings to be the godparent to their child, this is not a tradition that can be found in the royal family. William and Kate did not choose Prince Harry to be a godparent to Prince George, Princess Charlotte or Prince Louis. But neither was Kate’s siblings, Pippa Middleton and her brother James. Although she was in attendance, it's unlikely that Kate was chosen to be godmother. 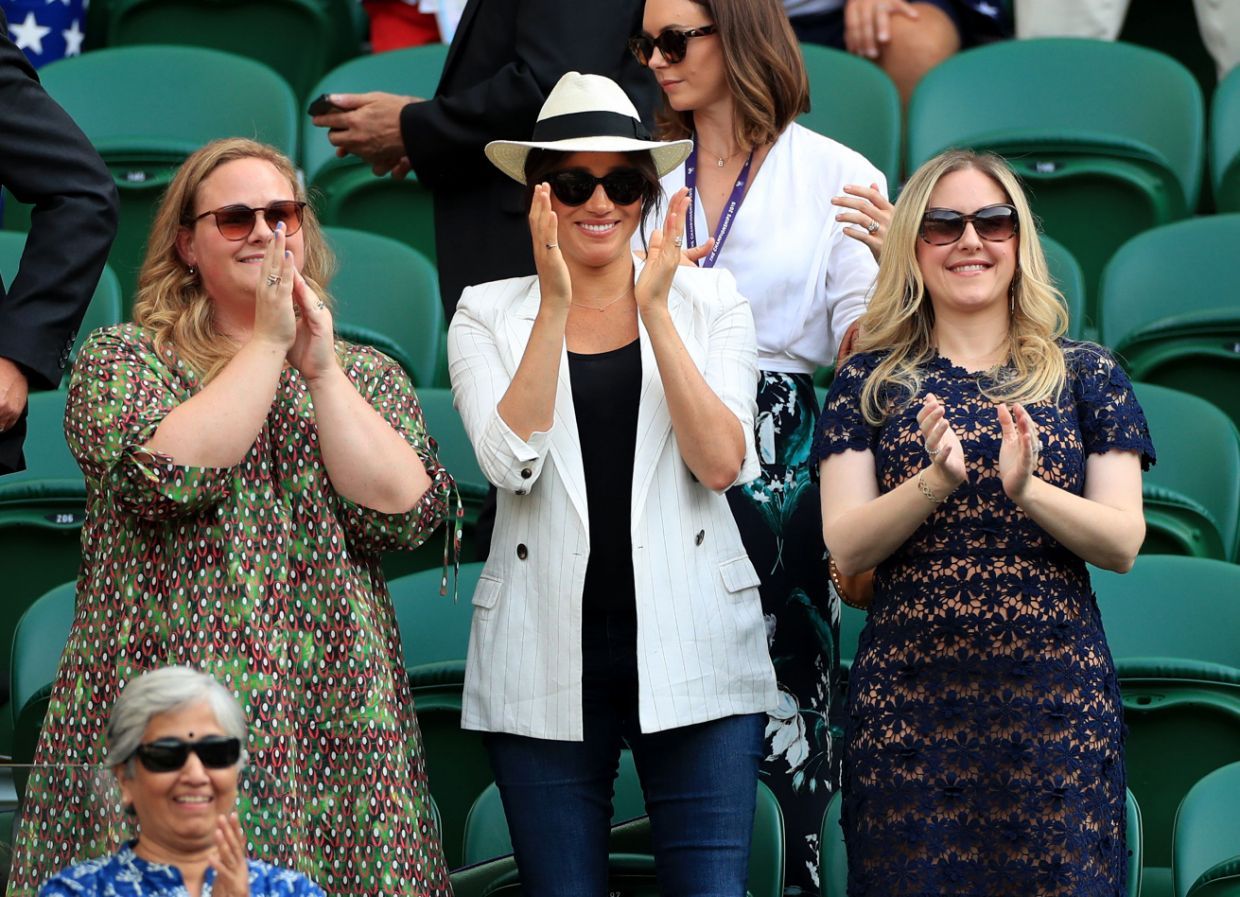 On Friday (just one day before the royal christening), Meghan was seen at Wimbledon with her friends and fellow Northwestern alums Genevieve Hillis and Lindsay Roth - both of which were invited to attend Archie's christening, meaning that it's entirely possible that either one Meghan's friends could be godmother.

READ: Here's Where You Can Buy The Personalised Necklace Meghan Markle Wore To Wimbledon

READ MORE: Meghan Markle And Prince Harry Are On Their Third Nanny For Baby Archie