10 Films About Race You Should Be Watching Right Now 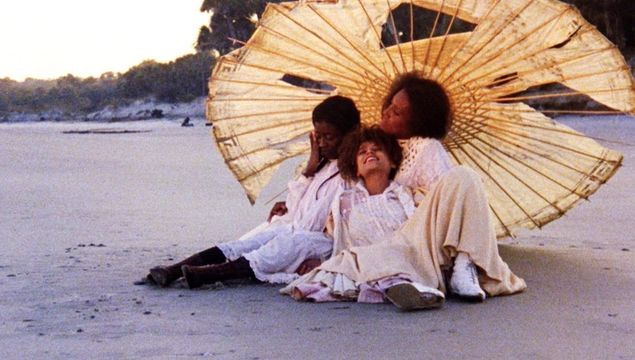 Of course, watching these films are just the tip of the iceberg in terms of being a good ally, but here are some recommendations for where to get started.

The events of the past few weeks have only solidified the fact that we all have so much more to do when it comes to fighting racism. Even those of us who identify as progressive, liberal, and anti-racist have failed the Black community in terms of actively dismantling the systems that have resulted in the ever-mounting list of deaths at the hands of police brutality, mass incarceration, and poverty.

The worldwide protests in the aftermath of the killing of George Floyd have alerted many white people to the knowledge that we need to do better to educate ourselves about racism in an effort to be actively anti-racist. It can feel intimidating to know where to begin, but you can donate, protest, and, most importantly, educate yourself on how to be a better ally.

As most of us are still spending a lot of time at home right now, this is the perfect time to get to start. Luckily, the streaming services you already spend all your time on have some amazing documentaries and films readily available.

This list is by no means exhaustive and there are lots of places on the internet that can also help but here are some recommendations for where to get started.

In this deeply unsettling documentary, Ava DuVernay examines how, since the end of the Civil War, America has perpetuated slavery through racist mechanisms like segregation and the War on Drugs. DuVernay explains why these structures have led to an enormous mass incarceration problem, and how corporations profit from keeping black people behind bars. While not an easy watch by any means, 13th does an unflinching job of illustrating how our legal system is rigged against black people. The documentary has become so influential that the streaming giant released the whole documentary on YouTube, allowing viewers everywhere to learn about the lasting effects of the 13th Amendment.

I Am Not Your Negro

Based on James Baldwin's unfinished manuscript Remember This House, filmmaker Raoul Peck forges an end to the book that was supposed to be. Baldwin's last novel was going to dive into the lives and assassinations of three of Baldwin's close friends: Medgar Evers, Malcolm X, and Martin Luther King, Jr. Using Baldwin's words, I am Not Your Negro connects the Civil Rights Movement to the #BlackLivesMatter movement and traces the ways that black representation has evolved over time.

The Death And Life Of Marsha P. Johnson

As we move into Pride month, it’s extremely important to remember that we owe the entire Pride movement to queer black people rioting for their rights. Marsha P. Johnson was an activist and trans woman who is known for being a primary figure in the Stonewall Riots of 1969. She was an icon in the queer community until she died under mysterious circumstances in 1992. This documentary is both a celebration of her life and an attempt to find justice for her death. If you plan on celebrating Pride this month, this should be on your viewing list.

when they see us

Another example of exceptionally great storytelling from director Ava DuVernay. This time, it's about the Exonerated Five, formerly known as the Central Park Five. In the four-part limited series, this Netflix show re-enacts the Central Park jogger case from the perspective of the Five and their family. If you're not familiar with the case, in 1989, five African-American male suspects were falsely accused and prosecuted on charges relating to the rape and assault of a woman in Central Park. It's beautifully acted, and an important reminder of how the justice system has repeatedly let people of colour down for decades.

king in the wilderness

Available to stream on Hulu

Winner of the Emmy for Outstanding Historical Documentary, King In The Wilderness chronicles the final 18 months of Dr. Martin Luther King Jr.’s life. The documentary covers his part in the Voting Rights Act of 1965, his relationship with key political figures of the time, and his assassination in 1968. Interviews with his friends from that period make clear that Dr. King was even more of a trailblazer than you knew.

This documentary may hit a little close to home at the moment, as it follows the death of a black man, William Ford, who was shot dead at a local garage. His brother Yance, who directed the film, revisits that devastating night and looks into the arguably lacklustre investigation and the treatment of the family by police that followed. Featuring to-camera interviews with Yance and their mother, it makes for painful, powerful viewing.

The 2016 film Loving starred Ruth Negga and Joel Edgerton told the story of Mildred and Richard Loving, an interracial couple who defied Virginia's laws to remain married. But before that film was made, this HBO documentary goes even deeper, using actual footage of the couple and detailing the intricacies of the Supreme Court battle they fought to overcome racial discrimination.

A cult classic and the inspiration for some of the scenes in Beyoncé’s musical film Lemonade, Daughters of the Dust was the first feature film released in theatres directed by a Black woman (Julie Dash). It tells the story of three generations of Gullah (an island off the coast of Georgia) women preparing to migrate north to the mainland. It’s beautifully shot and just as meaningful.

Dive into the world of drag queens and LGBTQ+ solidarity with Paris Is Burning. This documentary highlights drag culture in the '80s, specifically in New York City. It shows the vibrancy and ebullient nature of the LGBTQ+ community and the birth of the Ball scene, among other subcultures. But it also reveals the hardships of having a certain identity in an intolerant society as it relates to factors such as race and poverty.

You’ve probably heard a lot of references to the Rodney King riots, or the LA riots from the ’90s, but a lot of us don’t really have the proper context. Perhaps they should teach this stuff in schools? In 1992, protests broke out in LA in response to four police officers being found not guilty of using excessive force in a brutal arrest and beating of Rodney King. The whole thing was caught on video, and people were outraged that the officers were acquitted. More than 50 people were killed in the days of riots that followed, and many more were injured, and this documentary does an excellent job of teaching us about this landmark event.

It’s on all of us to do our part right now, and the least we can do is learn about why this fight is so important. If you have other movies, books, or shows you’ve found helpful, please leave them in the comments.

READ: 10 Black Irish Creatives You Can Support Today (And Everyday)