10 Books To Educate Yourself On Systemic Racism

It’s easy to feel powerless reading the news at the moment, especially when it comes to the issue of racial injustice. 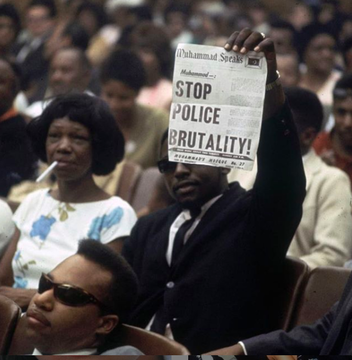 But there are ways to help.

Firstly, sign any number of the petitions launched by Change.org and the National Association for the Advancement of Colored People (NAACP) that aim to stamp out racial profiling in the US and beyond.

Another positive step? Donating. Find a list of worthy causes to donate to here.

Finally, educating yourself about the history of systemic racism seen throughout the world should be at the top of your agenda.

Below, a reading list to help you better understand the context of the protests following the death of George Floyd, a 46-year-old African-American man who died in custody after an officer from the Minneapolis Police Department stood on his neck for eight minutes and 46 seconds.

I Know Why the Caged Bird Sings by Maya Angelou

Published in 1969, I Know Why the Caged Bird Sings is Angelou's debut memoir, in which the author writes about her childhood in the American south in the 1930s.

The first in a seven-volume series, it is a coming-of-age story that illustrates how strength of character and a love of literature can help overcome racism and trauma.

In 2014, award-winning journalist Reni Eddo-Lodge wrote about her frustration with the way that discussions of race and racism in Britain were being led by those who weren't affected by it.

Proving that the fatal problem of systemic racism doesn't just live in the US, she posted a piece on her blog, entitled: 'Why I'm No Longer Talking to White People About Race', in which she declared that she had had enough of trying to reason with white people who were “living a life oblivious to the fact that their skin colour is the norm and all others deviate from it”. The full work expands on this concept, mapping the ramifications of racial bias in the UK, from slavery through to the lynch mobs that swept across key British cities following the First World War.

They Can’t Kill Us All by Wesley Lowery

Wesley Lowery’s memoir about the exhausting reality of a lifetime of reporting police brutality and the deaths of Black people in America.

They Can't Kill Us All is a deeply reported book that brings alive the quest for justice in the deaths of Michael Brown, Tamir Rice, and Freddie Gray, offering both unparalleled insights into the reality of police violence in America and an intimate, moving portrait of those working to end it.

So You Want to Talk About Race by Ijeoma Oluo

For white and non-Black people who feel they don’t know how to start having these conversations, Oluo has generously laid it out for you in a comprehensive read that will ensure education on racism on a basic level.

So You Want To Talk About Race is a resource on how to be honest and thoughtful in examining not just racism in the world, but also white people’s own role in it.

“Being privileged doesn’t mean that you are always wrong and people without privilege are always right. It means that there is a good chance you are missing a few very important pieces of the puzzle.”

Girl, Woman, Other by Bernardine Evaristo

Winner of the 2019 Booker Prize, Evaristo’s novel follows the lives of a dozen British people, predominantly female, predominantly black. The different storylines of the characters – who range in age from 19 to 93 – are engrossing and empathetic, portraits of struggle, imagination and perseverance.

“The only reason you say that race is not an issue is because you wish it was not,” says Ifemelu, the protagonist of Adichie’s 2013 novel, an engrossing story and sharp-eyed look at the non-American black experience in the United States, in Adichie’s native Nigeria, and beyond.

Your Silence Will Not Protect You by Audre Lorde

“I am not free while any woman is unfree, even when her shackles are very different from my own,” declared Audre Lorde during a keynote talk in Connecticut in 1981.

“And I am not free as long as one person of colour remains chained. Nor is anyone of you.” Every work by the self-proclaimed “black, lesbian, mother, warrior, poet” deserves to be read more than once – but this compilation of her greatest speeches and writings is a powerful introduction to this revolutionary voice.

Negroland: A Memoir by Margo Jefferson

Pulitzer Prize-winning critic Margo Jefferson grew up in the upper crust of Chicago's black elite during the 1950s and '60s. Her memoir—which pushes the boundaries of what a memoir is, brilliantly questioning the genre within the text itself—recounts her childhood in this rarified environment and explored the concepts of privilege, exceptionalism, respectability, and group versus individual identity.

Between The World And Me by Ta-Nehisi Coates

Framed as a letter from a father to his adolescent son, Between The World And Me—lauded by Toni Morrison as "required reading"—delves into the writer's own experience learning on race and power in America, confronts issues of the present moment, and offers thoughts on a way forward in a world that might be better for future generations.

Inspired by a true story reported in the American Baptist in 1856, the Beloved follows Sethe, a slave mother who has ostensibly “escaped” from the fictional Sweet Home plantation to live in the free state of Ohio but is haunted, literally and metaphorically, by the ghosts of her tragic past.

As she says, “Freeing yourself was one thing, claiming ownership of that freed self was another.”

READ: Where To Donate To Support The Black Lives Matter Movement Right Now