The Reason Your Social Feeds Are Blacking Out Today

As protests over the killing of George Floyd in police custody erupted in nearly every major US city, the online response to Floyd's death included influencers promoting bail funds, petitions, and more. 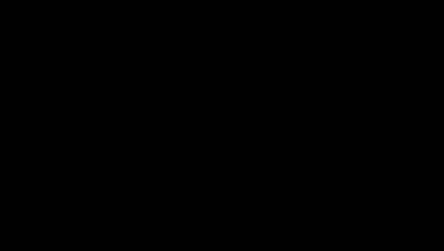 Instagram is filling up with black squares in the latest movement to protest against racial inequality and police brutality.

The posts are intended as a way of expressing solidarity with the #BlackLivesMatter movement which has gained traction internationally following the brutal death of George Floyd.

On May 25, Minneapolis police officers arrested Floyd, a 46-year-old black man, after a deli employee called 911, accusing him of buying cigarettes with a counterfeit $20 bill.

Seventeen minutes after the first squad car arrived at the scene, Floyd was unconscious and pinned beneath three police officers, showing no signs of life.

According to the coroner, it's believed that Floyd suffered a cardiac arrest while being restrained by Minneapolis police. His death has been listed as "cardiopulmonary arrest complicating law enforcement subdual, restraint, and neck compression".

A video of his final moments has been shared extensively online, which has resulted in the four police officers involved in his killing being fired as a result of police brutality.

The campaign started with the music industry, as members of which called for a day-long silence today (June 2) for Floyd, for the countless other victims of police brutality and racial injustice.

By using the hashtag #TheShowMustBePaused, artists like Ariana Grande and Rihanna are helping to promote the demonstration. Additionally, Spotify has added eight minutes and 46 seconds (the amount of time Floyd was restrained for, which led to his passing) of silence to some selected playlists and podcasts as a tribute to Floyd.

To show your support, users simply post a black square onto their and share the hashtag #BLACKOUTTUESDAY while also committing not to post over the rest of the day.

Since Floyd's death, Rihanna has been vocal about her feelings on the international #BlackLivesMatter protests.

“For the last few days, the magnitude of devastation, anger, sadness I’ve felt has been overwhelming to say the least! Watching my people get murdered and lynched day after day pushed me to a heavy place in my heart,” she shared on Instagram.

Beyoncé has also urged her fans to sign a petition seeking justice for Floyd.

“We all witnessed his murder in broad daylight…We’re broken and we’re disgusted. We cannot normalise this pain,” she said in a video she posted to Instagram.