This week, Boohoo’s market value plunged by more than £1.5 billion, or €1.7 billion, in two days in a move that may allow consumers to reconsider the true cost of fast fashion. 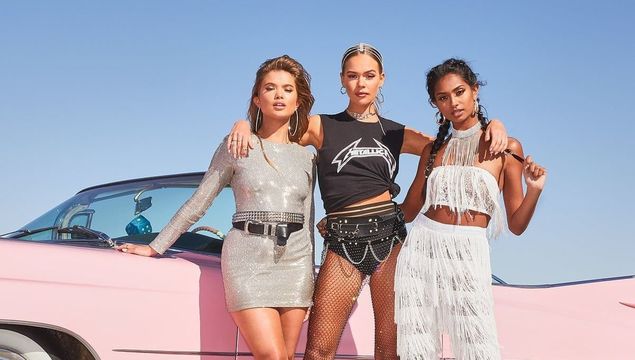 Fast fashion retailer Boohoo has seen its value plummet this week following reports of after reports of “modern slavery” at a Leicester garment factory.

The news follows a report published by The Sunday Times, which claimed that workers at one factory making clothes for Nasty Gal were found to be earning as little as £3.50 (€3.90) an hour (the minimum wage in Britain for those aged 25 and over is £8.72).

A report previously published by Labor Behind the Label, a garment worker campaign group, also claimed that the factory was operating at full capacity despite Leicester's localised COVID-19 lockdown measures and that workers had no access to hand sanitiser or the ability to social distance while working.

The investigation took place following a surge of COVID-19 cases in Leicester in recent weeks, with tip-offs suggesting that cramped factories had a role to play.

The East Midlands town, which has a large South Asian immigrant population, has long been a centre for clothes manufacturing.

Its dark factories have been described as an “open secret,” well known in both the industry and government, and were documented in a Financial Times investigation published in 2018.

Responding to the claims, Boohoo told The Sunday Times that an internal investigation was being made and that the factory in the story was not a direct supplier. It also said that it would terminate its relationship with any suppliers that were found in breach of its code of conduct.

On Wednesday, the company published a further statement on its website, saying it would begin an independent review of its British supply chain, invest $12.5 million in “eradicating malpractice” in any supplier factories and step up its use of third party auditors.

An update for our boohoo community on the recent media reports. Thank you for your continued love and support ❤️

“As a board, we are shocked and appalled by the recent allegations that have been made and we are committed to doing everything in our power to rebuild the reputation of the textile manufacturing industry in Leicester,” the Boohoo statement said.

The surge in localised infections has also kickstarted a government response, with Britain's Home Secretary Priti Patel describing the allegations as "truly appalling".

There was also a considerable reaction to the news on social media,

In an Instagram post, Vas J Morgan, a former collaborator, said: “Slavery is slavery and my heart hurts for the families that have suffered at the hands of companies that fail to do due diligence like this. Companies that make billions off the back of hard-working people trying to feed their family.”

Started by Mahmud Kamani and Carol Kane in 2006, Boohoo.com acted as a pioneer of the ultra-fast-fashion retail scene, which catered to young women looking to gain social capital.

Worth more than big names like Marks & Spencer and ASOS combined, the company’s brands include Nasty Gal, PrettyLittleThing, MissPap and BoohooMAN, among others.

READ MORE: Our Obsession With Britney's Mental Health Says A Lot More About Us Than It Does Her

READ MORE: Why Michaela Coel's New Show 'I May Destroy You' Should Be On Your Radar