The new kid on the block boasts a startling past when it comes to equality of the sexes, among others. but is Alexander Boris de Pfeffel Johnson's rise to power more of a middle finger up to Brexit or women? 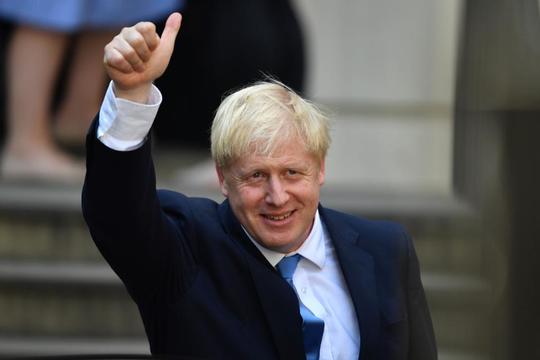 It was less than five months ago when Boris Johnson was elected to the highest seat in British Government.

A dispiriting election no less, but one that has resulted in the 55-year-old bumbling Etonian chosen as the one to navigate hard borders, European exits and feminist uprisings.

A former member of Oxford's infamous Bullingdon Club – of which the play Posh and subsequent film Riot Club are based on – where initiation rites range from burning £50 notes in front of homeless people to lighting fireworks in nightclubs, Johnson's personal history with common decency, especially when it comes to the fairer sex, has been scrutinised, quite rightly, at length.

Both the House of Commons speaker John Bercow (who we will all know as the man bellowing 'ORDER' during Theresa May negotiations) and female members of the London Assembly have accused Johnson of sexist behaviour in the past.

In 1996, while a journalist for the Telegraph, Johnson went to the Labour conference and wrote a piece reviewing the quality of "the hot totty" who were present.

The unanimous opinion is that what has been called the 'Tottymeter' reading is higher than at any Labour Party conference in living memory.

Bearing in mind that this piece was written years before Harvey Weinstein, Cancel Culture, #metoo or Gerard Butler obliterating the Irish accent in PS I Love You, we wade on the side of forgiveness and remain hopeful that with time comes an appreciation for women in all of their many forms.

It is because of this contextual forgiveness that we bypass some twelve years of misdemeanours to BoJo's recurring GQ motoring column.

It was in the May edition, where he reviewed the Ferrari F340 – his favourite 'babe magnet' – that he penned the unforgettable "Voting Tory will cause your wife to have bigger breasts".

Make of that what you will.

2005 must have been an excellent year for sexist print fodder as, in his farewell piece as editor of The Spectator, Boris Johnson boasts of ‘patting a female colleague on the bottom‘.

Every week there is some new tale of what a saucy French mistress is deemed to have done with her adolescent charges behind the bicycle sheds; and, disgraceful though these episodes may be, I don’t hear anyone saying that children should be shielded from adult women.

It's glaringly obvious at this stage that Britain's new prime minister looks upon women as unrespectable playthings and nothing more.

What's all the more alarming, however, is that his repeated use of objectifying tropes such as "ample bosoms" make their way into his fledgeling political career.

In 2007, while standing as the Conservative candidate for Mayor of London in the 2008 election, he jibed at then-Senator Hillary Clinton by saying:

She’s got dyed blonde hair and pouty lips, and a steely blue stare, like a sadistic nurse in a mental hospital.

Five years later, he referred to professional volleyball players partaking in the London 2012 Olympics as "glistening like wet otters and the water is splashing off the brims of the spectators’ sou’westers.”

According to his Telegraph colleagues, Johnson also had a Pirelli calendar on his desk featuring naked women, which he kept on display despite complaints that it made women in the office feel uncomfortable.

In 2013,  Johnson, appeared alongside the Malaysian Prime Minister at the World Islamic Economic Forum, suggesting that more and more women were going to university in Malaysia because “they’ve got to find men to marry“.

Two years later, he managed to find himself in the middle of a political scandal by describing, in anatomic detail, why women cry more than men.

Men are said to have differently shaped tear ducts, for instance, and can therefore retain the tears for longer before they splash down the cheek.

Finally, just this week, Johnson uttered some of his disparaging beliefs about single mothers.

He hailed the children of such women as “ill-raised, ignorant, aggressive and illegitimate”. Insisting that it is “feeble” for a man to be reluctant or unable to “take control of his woman”.

That it’s “outrageous” of the government to expect married couples to fund “‘the single mothers’ desire to procreate independently of men”.

That “nine times out of ten these girls will go on having babies out of wedlock not because they want to qualify for some state hand out, but because, in their monotonous and depressing lives, they want a little creature to love”.

That, above all else, something needs to be done to “restore women’s desire to be married” and address the “feebleness of the modern Briton, his reluctance or inability to take control of his woman and be head of a household”.

It is one of the great cons of our time that men such as Boris Johnson never fail to get what they want.

It's a narrative with which, by now, we are sadly familiar. A powerful man of good stock gains an international position despite zero credentials, blatant sexist leniencies and double-downed, yet, disparaging policies.

Saying that, I am hesitant to lump Johnson in with his American counterpart.

To make the comparison is easy; both men are laughable, larger-than-life populists who have made headlines for extra-marital affairs and heartless immigration tactics, but is it worth holding out hope for a man who as recently as 2018 compared Muslim women wearing burqas to "letterboxes"?

Sadly, I don't think so.

I wish the new PM well because the future of a country so many call home is at stake.

But based on knowledge gathered over many years and through his many guises, I find him being in Downing Street almost as alarming as I find the sight of Donald Trump in the Oval Office.

All of a sudden, Leo doesn't look that bad.