The Price Of Botox Is About To Skyrocket

From the constant stream of supernaturally smooth jawlines and before-and-after images of surgeons' work, the age of 24/7 self-documentation has spurred a novel set of beauty ideals—and, with it, a dramatic increase in cosmetic procedures. But, at what cost? 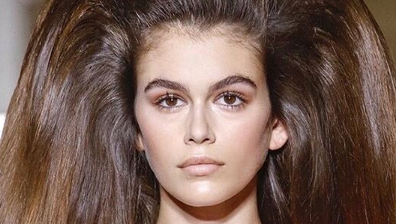 There's been a pivotal shift in how women in their 20s look at their faces.

And while the reasons are arguably as multi-faceted as this new generation itself, many would agree on one thing: The impact of social media, selfies and front-facing cameras can not be underestimated.

For 20-somethings, there's no treatment more popular – or controversial – than Botox. Need proof?

According to the American Society of Plastic Surgeons, botulinum toxin procedures have increased 28 per cent since 2010 amongst 20 to 29-year-olds.

Love it or hate it, you can't deny its intrigue.

The UK’s botox sector is worth a staggering £2.5 billion, according to experts, and with over 6 million people worldwide using the treatments, botox’s popularity is at an all-time high.

Which is why the newest change in the treatment's affordability will affect more people than ever.

According to Glamour, a South West London skin clinic, Skin Rich, has been taken to court over botox treatments having a VAT-free status and treated as a form of medical therapy by HM Revenue & Customs.

Skin Rich argued the cosmetic treatment was exempt from VAT as it contributed to bettering patients’ medical or physiological conditions through boosting their self-esteem and confidence.

The judge ruled in favour of HM Revenue & Customs on the grounds that botox is primarily for cosmetic purposes and now has the added 20% on top.

While there are various ways to price cosmetic treatments, as a general guideline you should expect to pay a minimum of €250 as a starting point for Botox, going up to around €650, depending on how much you're getting done.

Effectively, the consumer is feeling the ramifications of this court decision directly and it’s yet another factor to consider when looking at cosmetic treatments using botulinum toxin.

Now, the trouble with the tax hike is the overarching cost for those who regularly receive treatments for medical purposes.

Usually lasting a few months, botox top-ups aren’t looking as purse-friendly as they once did.

READ MORE: This Hair Accessory Ensures I Never Have A Bad Hair Day