This Is How Brexit Will Affect Duty-Free Airport Shopping

The government estimates that cigarettes purchased in an airport duty-free on the way to the EU after Brexit could be as low as €3. 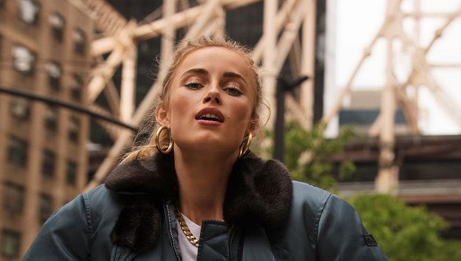 The Minister for Finance has announced that duty-free shopping would return for people travelling from Ireland to the UK in the event of a no-deal Brexit.

Minister Paschal Donohue confirmed the move in response to a UK government-issued statement announcing the reintroduction of duty-free shopping for passengers travelling to EU countries if the UK leaves the EU without a deal on 31 October.

Such a change would mark the return of the so-called 'booze cruise' where those looking to obtain a deal would make day trips to the UK to stockpile cheap alcohol and cigarettes.

“As the UK has decided to apply an unrestricted Duty-Free scheme in the event that the country leaves the EU with no deal, in line with the reciprocal policy, Ireland would not in this eventuality commence the relevant legislative measure and European Union rules in relation to passenger travel from ports and airports between the EU and third countries would, therefore, apply from 31 October," Minister Donoghue said.

“In effect, this would mean that excise and VAT free sales on purchases of tobacco and alcohol made at duty-free shops, subject to quantitative purchase limits, would, therefore, operate between Ireland and the UK.”

The announcement follows a declaration by UK Chancellor of the Exchequer Sajid Javid who said: "As we prepare to leave the EU, I’m pleased to be able to back British travellers. We want people to enjoy their hard-earned holidays and this decision will help holidaymakers’ cash go that little bit further."

It was also outlined in today's announcement that duty-free prices will not apply to people travelling from Northern Ireland to the Republic – as duty-free shopping only applies to airports and ports.

It said this policy is in compliance with EU law and Ireland's international obligations.

Duty-free shopping was abolished within the EU in 1999.

In these circumstances, the UK will assume the status of a "third country" in terms of their trading relationship with the European Union.

This means that, while the UK will not formally be part of the European Union, a number of systems and democratic ideals will be used by both parties to ensure fair and simple trading.

Norway, Iceland, Lichtenstein and Switzerland fall under this category, too.

As it stands, the UK is set to leave the EU without a deal on 31 October. However, MPs in the UK have sought to rule out this outcome through legislation.

READ MORE: Explainer: What Is The Brexit Backstop?