Hustlers, Anna Delvey, Fyre Fest – When Did We Become So Obsessed With Con Artists?

When did grifters become the persona du jour – and do we stand a chance? 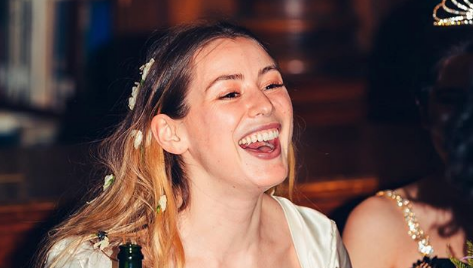 It should come as no surprise to anyone that the vitriolic post #metoo era has been one rife with scammers.

The rhetoric of the past two years in pop culture can be summarised briefly by a quote noted scam artist Anna Delvey is attributed to in the article that made her famous: “What are you bitches, broke?”

Delvey – otherwise known by her real name, Anna Sorokin – was recently sentenced to serve at least four out of a maximum 12 years in prison following a lofty stint of dropping enormous dinner bills and wearing exclusively designer garb on an entirely borrowed budget.

The 28-year-old – whose charges of grand larceny and theft of services totalled some $275,000 – is now, hilariously, set for stardom in a new series that will see her story undergo silver screen treatment by way of Netflix.

But, what prolongs our fascination with the undercover grifter?

Unsurprisingly, the obsession isn't a new one.

Trending today: The Only Way To Get VAT-Free Condoms In Ireland

Very few millennials will protest to the watching of Catch Me If You Can.

Fans of UK quiz shows will remember the infamous cough-gate of Who Wants To Be A Millionaire, The Bling Ring kickstarted a generation fraught with materialism and it's likely that the Ocean's Eleven franchise will undergo remake after remake until the end of all of our lives.

It starts with money, as it so often does.

The American Dream is something so ingrained in the US psyche that reinvention and spectacular ascent is as important to young stars as it is actual talent.

Wall Street, for example – perhaps the epicentre of American-based Americanism – is itself built on the former lives of disgraced suits and penniless nobodies who "hustled" their way to Manhatten two-beds and East Hampton summer houses.

But what if your life isn't destined for a dizzying ascension? Is faking it 'til you make it really a viable option?

Whether you believe that luck is self-made or purely predisposed, most will agree that initiative by way of throwing spaghetti at the wall until something sticks will get you ahead.

It was also a deep-dive into the schadenfreude that separates performative hype-beasts – more interested in conveying a lifestyle than embodying one – and staunch social media begrudgers.

The results were a well-documented disaster which resulted in McFarland's untimely prison sentence and a plethora of high-profile model-based subpoena delivery.

A more specialised scam for the ages – because they now exist, too – was that of Elizabeth Holmes and Theranos, Holmes’s biotech company, which boasted of a miraculous blood-test technology that lived only in its founder’s imagination.

The company raised nearly a billion dollars from venture capitalists and private investors before Holmes was accused of fraud, requiring her to pay a fine and relinquish control of the company, among other penalties.

Now, the concept of literally shaking men down for money is hitting Hollywood – but in a very different way. Which poses the question, is an underdog scamming story a scam of a different colour?

In Hustlers we see Jennifer Lopez, Cardi B and Constance Wu, among others, recover the fortune that "Wall Street bankers robbed from hard-working Americans".

In an era where the female sexual narrative has been reclaimed, the Bechdel-test approving feature film sees a group of survivalists call the shots after a series of more conscientious avenues fail in a culture stacked against them.

It’s a crucial distinction, one necessary to carry their story as likeable protagonists, and a reminder that not all scams are created equal.

It would be easy to link the rise of scammers to social media, given that Instagram is essentially a platform on which you can fake a persona from the comfort of your own home – but is the concept of overly curating your brand from adolescence causing children to grow comfortable with the idea of putting your best (albeit, faux) foot forward?

In September 2019, The Cut published an article by a woman named Natalie Beach about her toxic friendship with an influencer named Caroline Calloway.

The article was just the latest chapter in the story of 27-year-old Calloway, whose influencing past has been the subject of infamy.

She began posting on Instagram in 2012 when she was a student at NYU. As she told Man Repeller in 2018, she had always dreamed of being a writer and saw Instagram as a good platform to share her life story. She began sharing photos of her life along with long, incredibly detailed captions, using the hashtag #adventuregrams.

The point was, she said, to essentially write an autobiography about her life as a twenty-something millennial using this new social platform.

Are you sick of my face yet? This is my passport photo. I can’t believe it either. I’m the only person who arrives at TSA security clearance and has to be like, ‘Yeah. I know I don’t look like that in real life, but I swear it’s me. I am the person in the beautiful photo. Please believe me.’

In 2016, she announced to her followers that she had scored a book deal with Flatiron Publishing.

It was to be a memoir called And We Were Like, Publishers Weekly reported at the time. Calloway has claimed in interviews that she had received an advance of nearly $500,000 for the project (Beach claimed in her essay the actual number was $375,000).

The implosion of her book deal was Calloway's first scandal, but it wouldn't be the one she became best known for.

In December 2018, Calloway announced to her followers she was going to host a creativity workshop in the spring that fans could attend in New York. For $165, fans could meet with Calloway, receive a care package, and hear directly from the influencer herself. As time continued, she decided to continue to expand the workshop into a series of tours all over the US.

The workshops came under scrutiny, though, when journalist Kayleigh Donaldson began to document the lead-up to Calloway's first planned workshop.

As these grew to become viral, Calloway cancelled most of her tour.

That Instagram influencer I occasionally check in on because she's The Worst is now charging $165 for a 4 hour "seminar" on how to be yourself. pic.twitter.com/zLvBFn9dPI

Pretty soon, the story was everywhere – and Calloway cashed in on her newfound notoriety.

In August, she hosted a new New York workshop that she named "The Scam." She invited attendees to "Come make friends. Hang out with me. Work on your art. Laugh about art. Eat salad on the floor. Drink oat milk. Take photos with flowers in our hair. Consider pain. Discuss self-love. Be scammed."

When The Cut essay finally dropped, it was explosive.

In it, Beach claims that she worked as a ghostwriter for Calloway's Instagram account – and it was she, not Calloway, who had written many of the long, detailed Instagram captions that catapulted the profile to online fame.

She also claims to have worked extensively on Calloway's failed book proposal, saying Calloway promised her 35% of the profits for her help. Beach also claimed that Calloway purchased Instagram followers not long after she launched her account, meaning her rise to popularity was not as organic as she had claimed.

True to form, Calloway rose above it – and gained some 3,000 followers in the process.

It's said that the desire to scam is borne out of the belief that you are special enough to disobey the rules, like a hot girl skipping a nightclub queue or a wealthy business person getting VIP treatment at sold-out events.

The desire for special treatment, if history has taught us, is both extremely powerful and showing no signs of dissipating. Which brings us to the point that scammers aren't actually always bad people.

They just step on the shoulders of the unwavering good guys, destined to finish last.

READ MORE: The Ultimate Feminist Issue: How To Start Saving For Your 'Runaway Fund'