The shocking and tragic news from this weekend has resulted in hundreds of thousands of people calling on the House of Commons and Secretary of State for Media Oliver Dowden to make a change. 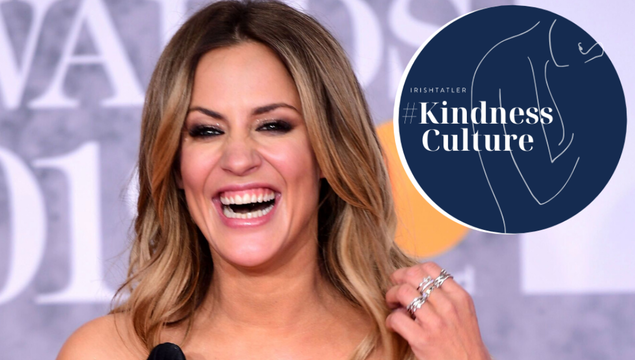 "This isn't the first time this has happened, and I'm concerned that without a new law, it won't be the last."

Close to half a million people have signed a petition to consider a law that would make excessive media intrusion it a criminal offence.

The petition – being dubbed as a starting off point for 'Caroline's Law' – states that there is a need for new legislation 'not dissimilar to Corporate Manslaughter,' for anyone, be they in the public eye or not.

Signatories have rallied in their thousands to express their shock and heartache following the tragic death of British television presenter Caroline Flack this weekend.

The tragedy has once again focused attention on the behaviour of the British tabloids, who had followed every twist and turn of the former Love Island presenter's private life.

Within hours of the announcement, hundreds of celebrities paid homage to the well-known presenter while Laura Whitmore, who succeeded Flack as host of Love Island for the current series, suggested media coverage contributed to her friend’s death.

“To the press, the newspapers, who create clickbait, who demonise and tear down success, we’ve had enough,” said Whitmore in an impassioned speech on her weekly BBC Radio 5 live show.

“I’ve seen journalists and Twitter warriors talk of this tragedy and they themselves twisted what the truth is … Your words affect people. To paparazzi and tabloids looking for a cheap sell, to trolls hiding behind a keyboard, enough.”

The darker side of reality television has risen to the forefront of late following a number of frank conversations about members of the media's mental health.

In October 2019, then-Duchess of Sussex Meghan Markle gave an unusually frank interview in which she revealed that the constant hounding of the British press was too much to bear.

Flack had openly discussed her struggle with depression for many years. But, as Britain’s tabloids face substantial criticism they have sought to focus attention elsewhere.

The MailOnline’s report on Whitmore’s tribute to Flack left withheld her comments about tabloid media, while the Sun has sought to point the finger of blame for her death at the Crown Prosecution Service and ITV bosses.

The 40-year-old's personal life had been particularly scrutinised of late following the events of last December when police were called to her London home in the early hours after she allegedly assaulted her boyfriend after reading messages on his phone.

Sources at the Sun, which on Saturday deleted a recently published negative story about the presenter when news of her death broke, pointed out that her death came shortly after a decision by the Crown Prosecution Service to press ahead with her trial.

They said an article about a Valentine’s Day card mocking Flack was deleted to stop it coming up in Google results for her name: “We would no doubt have been criticised if we hadn’t taken a recent story down following a tragedy.”

Backlash against media coverage often, heartbreaking, accompanies celebrity deaths; in the wake of the car crash that killed Princess Diana, Dodi Fayed and Henri Paul in 1997, the Daily Mail went as far as to pledge it would never again use paparazzi pictures amid widespread anti-tabloid remarks.

This pledge was soon forgotten as the British public took an interest in a new round of celebrities.

With the death of Caroline Flack will likely come lengthy debates about how broadcasters treat their stars and an inquest into the circumstances – however, without stringent legislation, nothing will change.

READ MORE: The First Conviction For Coercive Control In Ireland Handed Down