A year before #MeToo exploded, Buzzfeed published the court statement of an anonymous woman who was raped in 2015 by Stanford student Brock Turner. 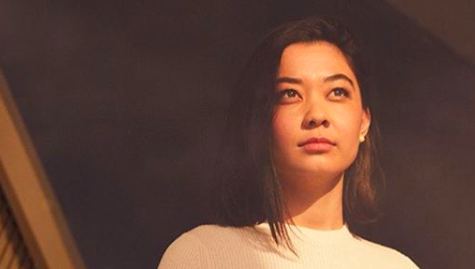 Turner was subsequently arrested for the rape of a young woman – known only as Emily Doe – behind a dumpster on Stanford's campus.

He was found guilty of three counts of felony sexual assault but was only sentenced to six months in jail — a sentence which he only served half of at the leniency of Judge Aaron Persky.

Persky was later removed from the bench due to his mishandling of the case.

For four years, the woman whose Stanford University sexual assault case caused a public outcry, had been known under the pseudonym Emily Doe.

In her new memoir, 'Know My Name,' which recounts the incident and her life since then, she reveals her real name: Chanel Miller.

Miller is now embarking on a journey most of us could barely consider whispering – reclaiming her identity from the media and retelling the story of her highly-publicised rape.

Her struggles with shame and isolation provide a microcosm into the oppression that sexual assault victims – even those with supposedly "perfect" cases – experience, it says.

Her enraging 7,000-word testimony turned the case into a national conversation about white male privilege, and about how the justice system punishes victims while empathising with abusers who hail from the correct socioeconomic classes.

In the media coverage of the case and of the trial, for many months, we knew her only as the “unconscious woman,” as an assemblage of violated anatomical parts.

However, her outstanding BuzzFeed victim statement (which was read some eighteen million times on BuzzFeed alone) solidifies her place in society as the aspirational everywoman; unhindered, strong and unwavering.

The conversational voice is earth-shattering, surging with annoyance, anger, and fatigue.

“You don’t know me, but you’ve been inside of me, and that’s why we’re here today” was Emily Doe’s first transportive address to her assailant.

In “Know My Name,” she observes her own ordeal by objectively by adopting the stance of a reporter and activist. She is meticulously resourceful, marshalling her subjectivity as evidence of a system set up to protect the potential of a boy like Turner.

"Her story illuminates a culture biased to protect perpetrators, indicts a criminal justice system designed to fail the most vulnerable, and, ultimately, shines with the courage required to move through suffering and live a full and beautiful life," the publisher's summary says.

Stanford University emerges as an example of institutional cowardice; its failure to follow up after it became clear she was not a student and an offer of money for therapy on the condition that she would not sue the school.

"I finally understood I was visible not as a person, but a legal threat, a grave liability," she writes.

"Ninety feet away from where you sit is a spot, where Brock's knees hit the dirt, where the Swedes tackled him to the ground, yelling, What the f--k are you doing? Do you think this is okay? Put their words on a plaque. Mark that spot, because in my mind I've erected a monument. The place to be remembered is not where I was assaulted, but where he fell, where I was saved, where two men declared stop, no more, not here, not now, not ever."

Know My Name is out now.

READ MORE: Botox Is About To Get A Lot More Expensive

READ MORE: This Hair Accessory Ensures I Never Have A Bad Hair Day