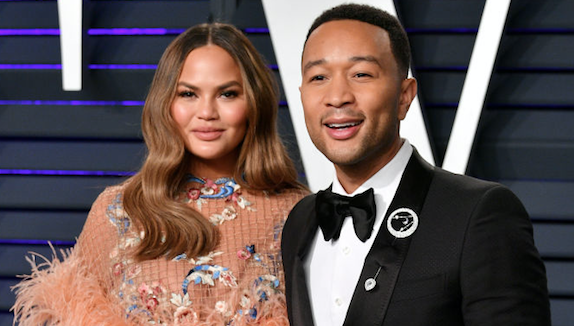 Opinionated, outspoken, and downright hilarious, Chrissy Teigen has a devoted online following and a hugely successful career as a model, presenter and author. She also happens to be married to singer John Legend.

A side effect of being such high profile pairing has been noted by Chrissy on Twitter and it is something many women could relate to, famous or otherwise. She has called out the media for frequently asking her husband about her in interviews. Or, more to the point, asking - and implying that she’s the sort of woman that needs to be “handled”, what with all her personality and opinions.

I feel like a very common question when interviewing john is basically “how do you deal with your wife” and ... I don’t love it.

While it sounds like John is well able to deal with such questions, as Chrissy points out they reduce her to being less than her own person. The implication is that he is responsible for her, and it’s not a 50/50 partnership.

he usually does the standard “no...she knows what she’s doing...” but it’s not even that. It’s just that I am a different human than him? It is theeeee most common question with him. Please stop.

There is more than a little an undercurrent of sexism in such questions. As Chrissy noted, similar questions about John aren’t asked of her.

I’m not mad at anyone who has asked this. I get that we are very different. It happens a lot though and I’m just not very into it. You don’t ask me how I deal with watching msnbc every night or what I do while he’s silent for a week

Chrissy and John are often hailed as #couplegoals for their evident affection for each other – and relatable real-life couple moments shared online. (Chrissy keeping John out of her way during an Oscars red carpet photo call is just one!).

honestly this is a very important carpet and I do not need interference pic.twitter.com/KgncEGtet0

When presenting Chrissy with a Glamour magazine’s Women of the Year award in 2018 John noted that he is often stopped by people to tell him they love his wife, rather than they love his music. He’s clearly more than happy to support his wife – and more than happy to talk about her, too. But, we suspect, both he and his wife know exactly what's up when Chrissy is mentioned in interviews. And by Chrissy drawing attention to it, perhaps it will help to change the conversation a little.


READ: Chrissy Teigen Is The Body Hero We All Need